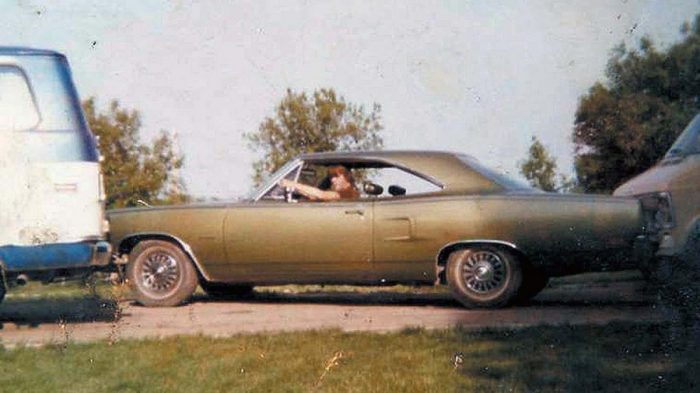 East Coast Garage: Ride of a Lifetime in a 1970 Plymouth

*This is the first of a series of columns related to the restoration of the 1970 Plymouth Satellite. Read Part 2 here.

Gunning the engine up the steep slope, Terry Murphy, with one hand tugging the wheel, stares across the bench seat to a 15-year-old kid.

“She’ll still do a hundred and twenty.”

His deadpan look oozed confidence that bordered on arrogance.

Even as a 15-year-old, I sort of knew what that felt like since my father had a bit of a lead foot and I was one of those juveniles who spent every minute of every road trip to Anywhere-ville glancing over at the speedometer hoping to witness an outlandish speed that I could relay to my car-crazy comrades in math class the next day. Likewise, I became vocally annoyed when anyone dared pass my hot-rod dad.

Hello world. Framed between the family’s Rallye STX GMC van that dad swore up and down was as quick as a Corvette, and the Dodge Ram van he used for work. My sister Julie eggs me on to ‘look cool’ while she snaps a photo with a 110 camera.

How I came to be in the passenger seat of Terry’s 1970 Plymouth back in the spring of 1981 might seem typical, even if hanging on to that very car for nearly four decades (and counting) is anything but. 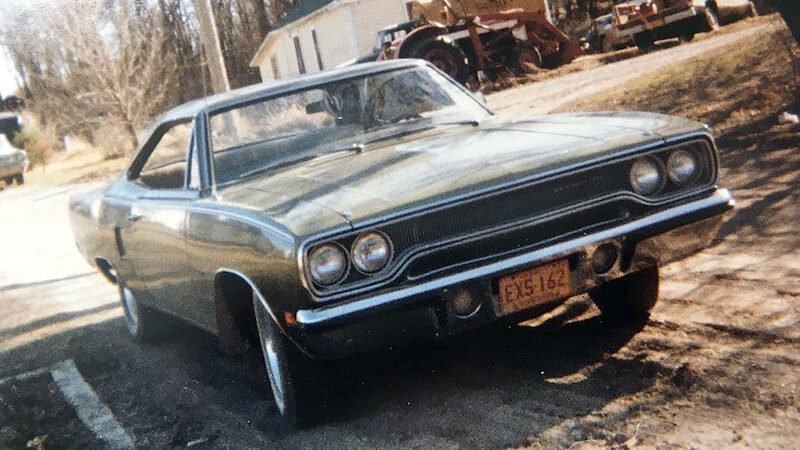 You see, the Murphy family hired me for my meticulous lawn-cutting skills. Even at age 15, I just had to get the wheels of the mower to put down straight lines across the grass. To me, there was an art to all. Most importantly, no blade of grass was safe. A walk around every tree, shrub and fence post with a set of “lawn scissors” was necessary to top off the perfect trim job.

It’s not like the Murphy family was new to my life. Terry was a referee for local hockey and was friends with my dad, who happened to be the coach of my team. Terry liked to party and wasn’t shy to speak his mind, which sometimes meant giving me hell for playing a bit rough or using my stick on other players just a little too much. My dad, the coach, was just happy he wasn’t the only one giving me hell from time to time.

I don’t know if Terry Murphy would be happy or proud that I kept his car this long, but it has become the benchmark for time, outlasting many relationships, jobs and homes.

Landing the grass-cutting job came with the added bonus of trying to shimmy the two-stroke Lawn Boy push mower past a crusty green Plymouth in Terry’s garage. The two-door hard top looked like it hadn’t seen any duty whatsoever in years: it was covered with boxes, a thick layer of fluffy dust and a roll of soiled broadloom carpet. The Plymouth had been Terry’s work car, but with his growing family that included a young daughter and an even younger son, it had served its purpose and was left to languish in a white paint-peeling single-car-garage shed.

At first, I didn’t contemplate ownership. As a Dukes of Hazzard fan, I was all about the Dodge Charger. And then there was the parental consideration. Actually, that’s not true. I really have to hand it to mom and dad. They cut me a ton of slack and the tradeoff was that I had to make some decent decisions. Although they had opinions (especially when I was just 15) I was charged with making a lot of decisions on my own. Probably because I didn’t get into much trouble as a kid. I feared the law, loved to hear praise and I worked hard at the things I cared about . . . and not usually school.

I had actually been covertly driving for a year or so and could expertly, in reverse, thread the family’s large utility trailer into just about any space. Too bad that wasn’t part of the driving test. I look at people today in their early 20s without a driver’s licence and I consider myself both privileged and a go-getter to have been able to make things happen at such a young age.

Despite the obstacles — my age, parents, money and the car’s overall green-ness — over a short period of time, Terry’s Plymouth grew on me. Well, it had a similar look to the Charger. It even shared the B-body platform. In particular, I loved sitting in the driver’s seat of the Plymouth at the end of a lawn-cutting job, looking at the curvy flanks reflected in the driver’s side mirror. The odometer read 101,812.

Life has a way of forever altering your course . . . and forever means forever.

As my interest grew, Terry began talking about selling. It was a strange turnabout from a man who on several occasions brushed off any notion of a sale for any amount of money, imaginary or otherwise. Then again, the change of heart might have been understandable from a man who once had bushy black hair and a thick mustache, a man who was now completely bald and pale for that high-speed test drive up the steep hill.

I had lost a grandmother to cancer several years earlier, but it never dawned on me that someone who was in their 30s would “catch” it. It was rare, if not unheard of in my little world. I just assumed he would get better. He was young and strong, just like my parents.

It was June 10 and Terry’s wife, Sherron, completed the transaction for $600. The car was mine and a new life began just as another was nearing the end.

A few months later, after I had earned my licence, I drove the Plymouth to Terry’s funeral and parked it as close to the door as I could, for all to see. It was a hopeless, futile gesture, but it’s all I could do. It was one of the saddest days of my life to that point.

Looking back, maybe keeping the car paid tribute to a man my dad jokingly referred to as “Merry Turphy.”

Then again, maybe it was just fate.