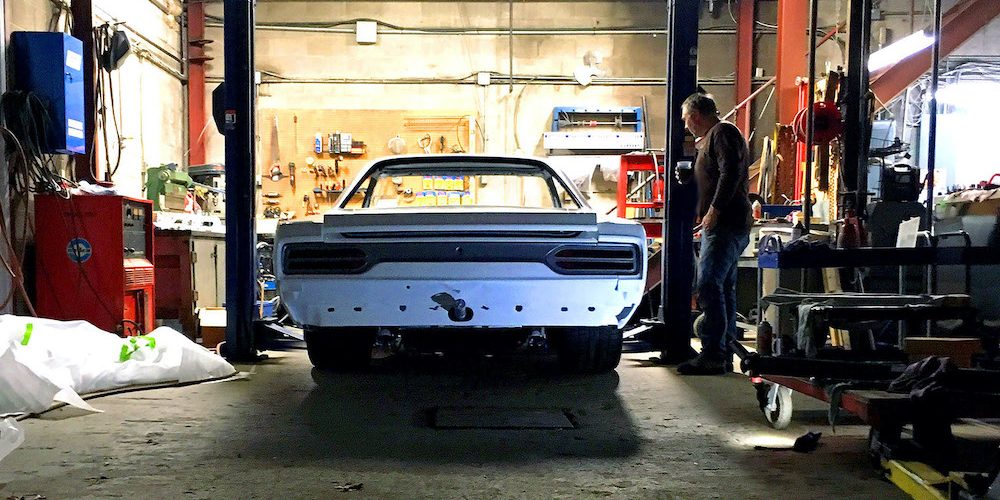 East Coast Garage: 1970 Plymouth – It’s all about that stance

It doesn’t matter what you put into a project car, like Jeff Melnychuk’s 1970 Plymouth. If the stance is not right, the car is not right!

*Part 5 in Jeff Melnychuk’s series on rebuilding a 1970 Plymouth.

Ask anyone. I’m a stickler for stance. Like, obsessed with it.

No matter how capable a project car will be, packed with all the latest engineering and technology, it has to have the right look and the right stance for the job.

Mess up the stance and all that life savings and sweat poured into the project will be down the drain.

But you might be surprised to discover that most projects have little regard for stance until the vehicle is already painted and sitting on the ground, which is, as you might have guessed from this story, should be Step 1 and not Step 12,178.

Imagine if you were to build a house without any blueprints or even a drawing of how it’s supposed to look. How would you know what you’re building or how much it would cost? No one in their right mind would do that.

But you could also make the argument that after years of living in the same house, you could choose to renovate some rooms. True enough, but a vehicle’s stance is like the foundation, and changing it after the fact can be incredibly expensive. And what do we know about house foundations? They’re the first thing to go into the ground, based on blueprints, of course.

In the case of the Project Plymouth, the idea was to create the lowered look, style and performance of a modern supercar, bringing the 1970 body along for the ride.

There’s really no mystery or magic to figuring out the stance. It usually begins with mocking up the ride height, the “rake” (how level the vehicle sits) and the wheel-and-tire combination.

How you arrive at your decision is part artistic process balanced with what’s mechanically possible and affordable. And it has to match the vehicle’s task.

You might like the jacked-up-back-end look of the 1980s, but the setup is entirely wrong for just about any type of real driving. Or, you might like a down-in-the-weeds look, but, functionally, that’s not the best thing when the streets are strewn with potholes and construction work.

The inspiration for the Project Plymouth came from several other similar-themed cars that had much lower ride heights than stock, and large wheels and tires for a muscular road-race look. The ‘bling’ was dialed way back to give the car a plausible blend of elegance and all-out performance.

At this point, I would normally begin researching chassis and suspension options to make the stance actually happen, but the complication here is that I wanted to use engineered hardware from an outside vendor.

Could I get the desired stance by using a suspension system that wasn’t designed for that stance?

After plenty of phone calls, emails and measuring, the answer was yes.

Tire sizes were calculated, as were wheel dimensions, and cardboard templates were made to test the size.

Tires were ordered for positioning, which is a great way to confirm your wheel measurements. Again, this was all taking place at the beginning of the project and not at the end.

The stance actually dictated a wider and taller tire than was available anywhere on the market at the time. Tire size is key to the stance, but after some more measuring it seemed OK to go with a slightly smaller tire, even though there really was no choice.

This was the only concession made as the rear fender wells were cut apart for widening.

Everything is built around the stance. Then comes the spring and shock-absorber locations and whatever sheetmetal modifications have to be done, such as raising the driveshaft tunnel to accommodate the significant lowering of the body.

Can you imagine doing all this after the car is painted?

Just remember that the foundation comes first. And that foundation has wheels. I’ll get into that next time.