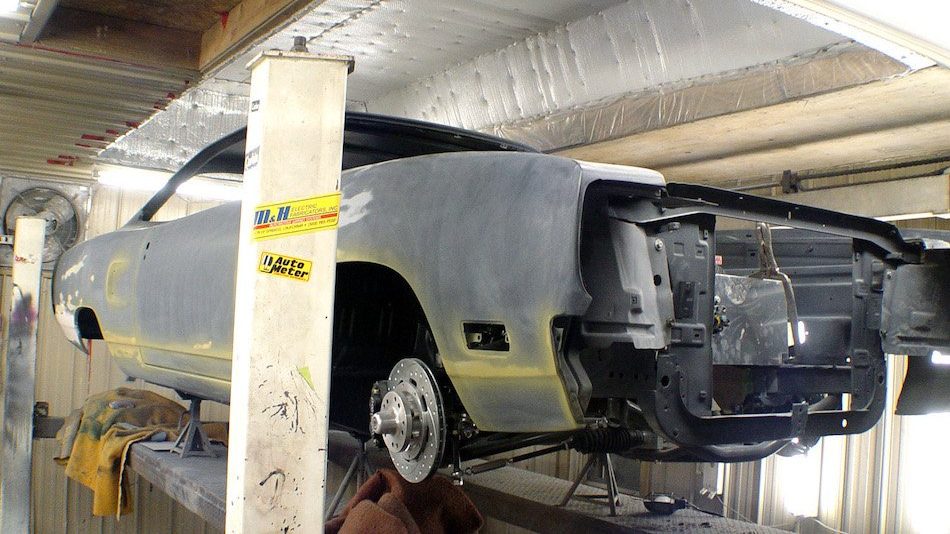 So, what am I going to do with this thing, anyway? Well, that’s a tough question to answer.

It’s not like I recently picked up the 1970 Plymouth with a goal of turning it into something else.

This is a car that I’ve owned since 1981. It was just . . . my car. My daily driver. I was all about maintaining it as a mode of transportation and adding some goodies as funds allowed: Glorious chrome-soaked ‘80s wheels, a canary-yellow paint job, then some more-correct ‘70s wheels, another even-canary-er yellow paint job. And a replacement engine. And then another . . . you know, those kinds of things.

If history is anything to go by, the Plymouth was going to stay with me for the long haul, so it was time to pick a real goal and make it happen. You know, s— or get off the pot.

But should it be restored? Should it become a race car? If so, what type? Should it be a clone of another model from the same year? Should the colour change? What about a new engine with more power? Should it be transplanted from a modern car?

You can see the dilemmas.

The first thing, however, was to break the Plymouth out of the notorious ‘paint jail,’ which seems to be a regular car-hobby pastime filled with delays, surprise bills and general life-sucking grief. The Plymouth had been languishing in a body shop with little to no progress for about a year . . . that’s paint jail. If you thought getting your car painted would be a fun thing to do, paint jail will crush your enthusiasm. (Of note, not all shops are like this.)

I wanted to enjoy driving the 1970 Plymouth, not let it collect dust in the garage. But can you teach an old car new tricks?

Granted, the car was finally in primer with the major bodywork done — new quarter panels, trunk extensions and rear inner fender wells — but with a plan at long last hatching in my head, time was a wastin’ and out of the body shop it came for mechanical work.

Here’s the thing: The cars I enjoy driving today are capable sports cars, which are the exact opposite of old muscle cars.

For example, I bought a used 1991 Acura NSX back in 1997, which is Honda’s mid-engine supercar from that period. I’ve also been through some racing schools that teach you how to properly use your whip.

While the thought of restoring the Plymouth was tempting, it only served to bring me back in time and not forward. And the last thing I wanted was a car I couldn’t stand to drive because of scary drum brakes and scary road manners, no matter how nostalgic. I wanted to enjoy driving it and not let it collect dust in the garage.

But can you teach an old car new tricks? Can a roly-poly old Plymouth become a sports car? Without me ending up in the poor house trying to make that happen?

As it turns out, the answer is a solid maybe.

After some digging around, it seemed possible to build a decent-handling car with real brakes to keep up with traffic. Several companies were offering replacements for the tractor-like factory stamped-steel K-frame, which mounts the engine, front suspension and steering.

A call to Ron Jenkins at Magnumforce Racing rustled up a $5,000 tubular K-frame package, a sum I happily paid because it would transform the Plymouth into a functional car. The kit also came with 12.2-inch front disc brakes and manual rack-and-pinion steering. Out with the drum brakes, torsion bars and sleepy belt-driven hydraulic power steering.

A big plus was that the front end would be about 150 pounds lighter with new parts.

On the downside, the new K-frame had no provisions for mounting the engine and there was no anti-roll bar included . . . as in nothing was engineered to keep the car flat during cornering, which is essential for the tires to share the load and to increase stability. (Note that since this purchase many years ago now, Magnumforce has refined the design to include an antiroll bar and more options.)

Honestly, I didn’t really care and thought that I would just figure out along the way, but I didn’t get far before realizing that I needed to seriously address the car as a total driving package and not just a bunch of hotrod parts bolted on and not optimized.

Fans of this project, especially those who follow the saga unfolding at ‘Jeff’s 1970 Plymouth Build Page’ on Facebook, will notice that the K-frame that was eventually used is completely different than what is shown here. Yes, I am a victim of buying things multiple times and being led around by a desire for the latest technology.

That’s another topic for another story, but now it’s time get to work. 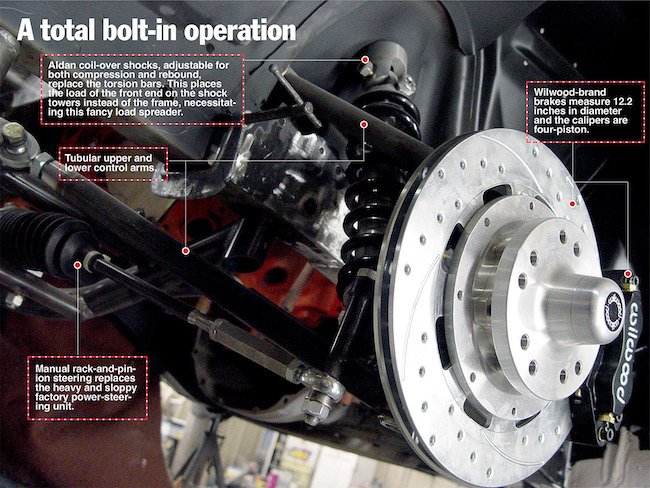