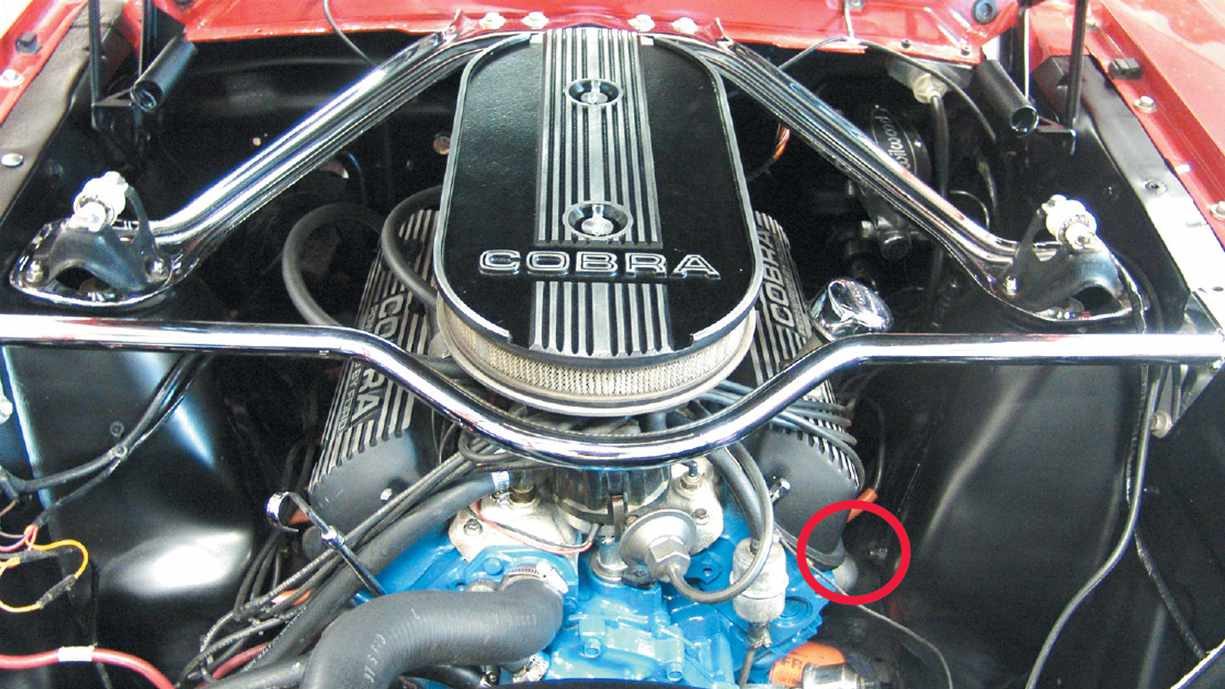 Build the engine for the purpose, not to get the really big number.

“What’s she got under the hood?”

Well, there’s a short answer and a long answer.

I could just point to the ‘289’ fender badges to keep life simple, and I actually do that from time to time. 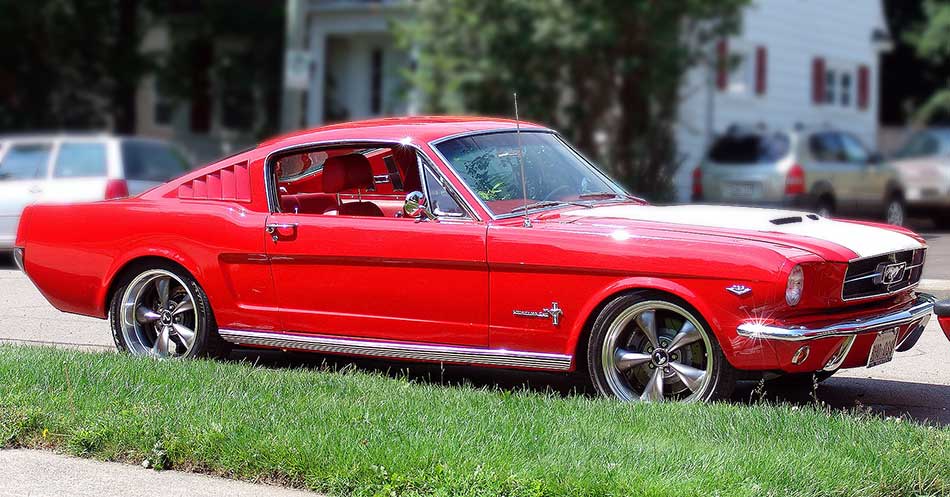 It sounds simple until I have to explain what all that means. Here’s part one of that story.

The Mustang 2+2 was already restored when it came into our hands at Wheelbase Media in Moncton, N.B. It had the usual 289, just like the fender badges advertised.

It ran and looked OK with its fresh coat of blue paint. At the time, I was pretty sure the engine would stay with the car — as opposed to dropping in something bigger and badder — so it was taken apart to see what, if anything, was needed. 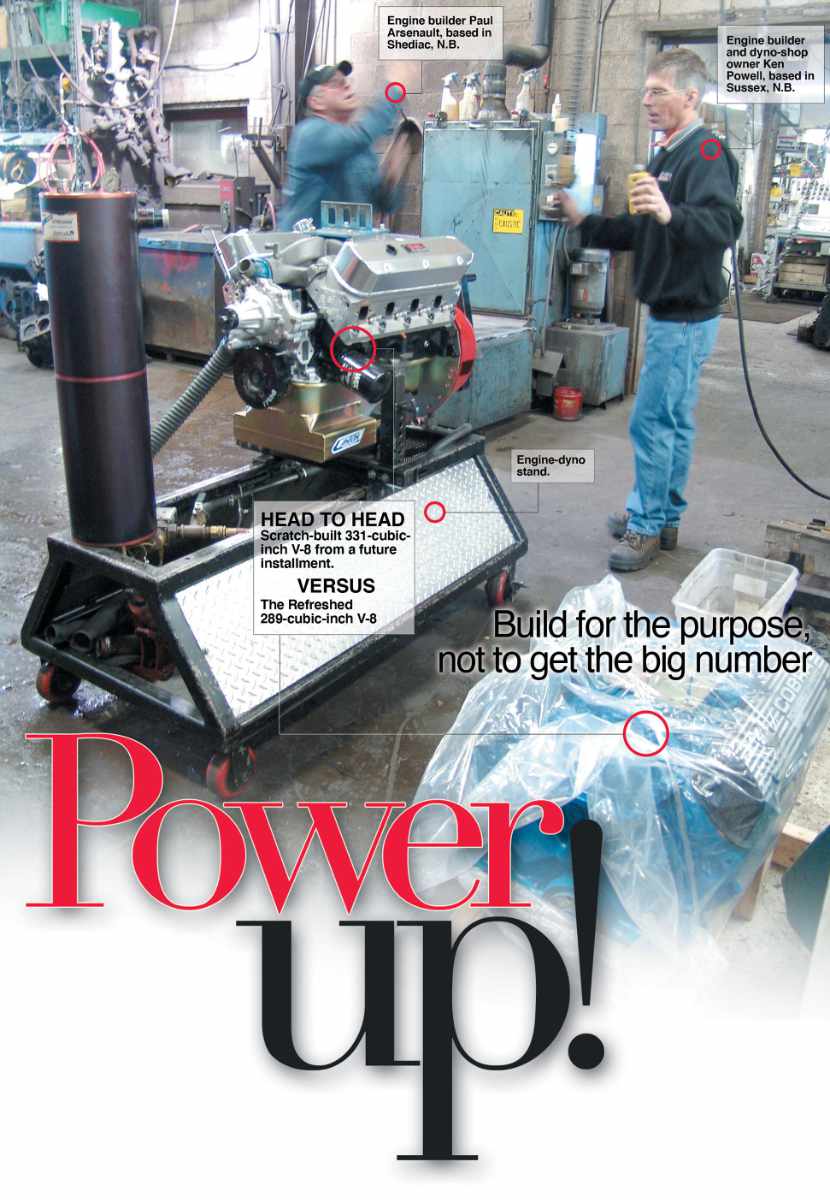 On older cars, like the 1965 Mustang, check those pesky valve seals and piston rings

The thing about old cars that aren’t driven much is that the valve seals tend to dry out and break apart.

Valve seals are like little rubber umbrellas that slide over the intake and exhaust valves, enclosed by the valve springs. They keep oil from running down the valve guides and into the combustion chambers where it burns blue out the tailpipes. This is easy to inspect and fairly cheap to address before there’s a problem.

The other issue with old cars with carburetors is that pumping the gas pedal to get a sleepy engine going will wash down the cylinder walls with fuel. With ‘dry’ cylinder walls, in no time at all the piston rings will be done for, which is one reason to make absolutely certain the engine is in a good state of tune.

Don’t go out in the middle of winter and spend 30 minutes dumping gasoline down the carburetor of a frozen engine just to hear it run for a few minutes. That gasoline also accumulates in the oil pan, which can cause an explosion.

Our teardown of the 1965 Mustang revealed an engine with some miles on it, but nothing indicating any real problems.

Still, when you have it apart, it’s a good time to freshen it up with new piston rings and bearings. In the interest of making more of a performance engine out of the taxicab-sounding 289, we did some cylinder-head porting and installed larger exhaust valves to increase airflow. The 289 exhaust ports are tiny and need all the help they can get.

Adding a new camshaft is a basic performance upgrade, but selection is critical to making sure you don’t actually end up making less power than you began with.

A radical camshaft will generally sacrifice low-speed torque to gain high-speed horsepower. If the engine is not designed to actually move more air at higher revs to take advantage of the camshaft, then you just end up losing low-speed power. Conservative is best, so listen to recommendations that cam companies provide.

Too much camshaft makes for a vehicle that has little power, is hard to start, won’t idle and stinks of fuel. Not fun at all.

So, I chose Comp Cams part number 249-31-238-3, a.k.a. the Extreme Energy 262H, with a broad advertised operating range of 1,300-5,600 revs, which is great for all-around drivability in a street car. The valve springs were replaced as were the spring retainers, lifters and the rocker arms with parts from Comp Cams.

The package was finished up with the popular Edelbrock Performer RPM intake manifold, a small four-barrel carburetor and a set of inexpensive ceramic-coated headers.

It looks pretty, sounds tough and has hair-trigger throttle response. Of course this is not the engine that eventually took up permanent residence in the Mustang. A few years later, we ended up with 331 that really shows just how far engine technology has come in 40 years or more.

To quantify that, the 289 was freshened again, this time to be sold, and both engines went to the dyno.

Find out what happened in an upcoming instalment.