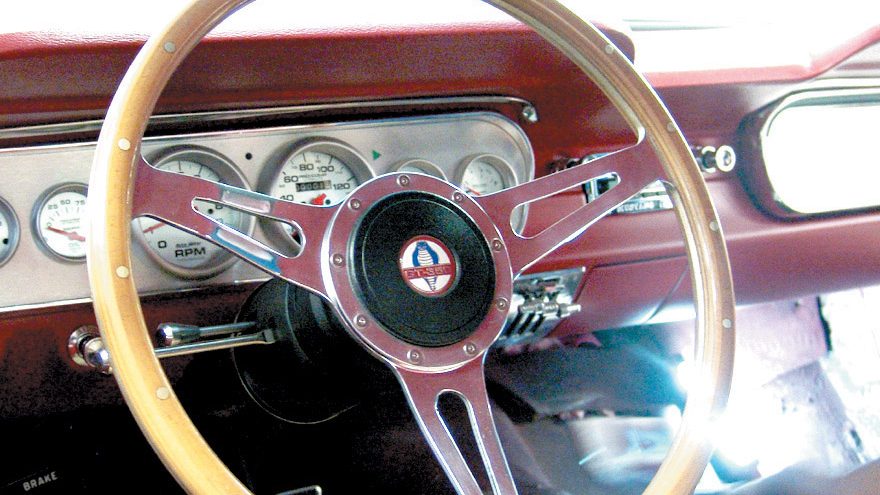 East Coast Garage: The 1965 Mustang is rebuilt, but is it any good?

Even when it’s meticulously restored with all new parts, it’s still an old car that’s a turd to drive.

In the case of this 1965 Mustang 2+2 fastback project, all I had to start with was a ‘new’ 55-year-old vehicle with 55-year-old technology. Based on the frail Ford Falcon of the day, the Mustang was never really supposed to have any performance aspirations. That came later when Texas racer Carroll Shelby entered the picture and constructed a small batch of Mustangs that, by his own admission, were unfriendly delinquents with poor street manners.

It’s not that the Mustang, on its own, is really that bad. It’s that every other car — everything — on the road is better, and by a very wide margin. Minivans, compact cars … tractors, skateboards.

For owners of classic vehicles who want to do much more than just look at them in the garage, that means venturing out for Sunday drives in very light traffic, or upgrading their cars with modern technology to keep up.

But with Sunday traffic often being just as bad, or worse, than weekday traffic, this Mustang is being upgraded no matter what.

Hey, regardless of how much of a purist you are, you’re no good to anyone if you’re dead, so smart upgrades that don’t detract from the style of the vehicle just make good sense. And in the case of the more popular classics, there are plenty of companies with gear to improve steering response and braking performance.

For a car that will actually be driven, it makes zero sense to continue with front drum brakes and overboosted and unresponsive power steering. Modern tech is available, it’s fairly well engineered and it’s relatively inexpensive, so why not apply it?

The first order of business was to take out the original power-steering system, which is as numb feeling as dental freezing, and replace it with a manual rack-and-pinion system from Flaming River. I paid about $2,000 plus shipping for a package that included a meaty bolt-in brace to mount the new rack, and all the necessary hardware.

Mating the rack to a factory steering column adds complication, so the package comes with a new Flaming River steering column with tilt. This is a blessing since the stock non-tilt steering column puts the wheel right in your lap and that’s just no way to drive. 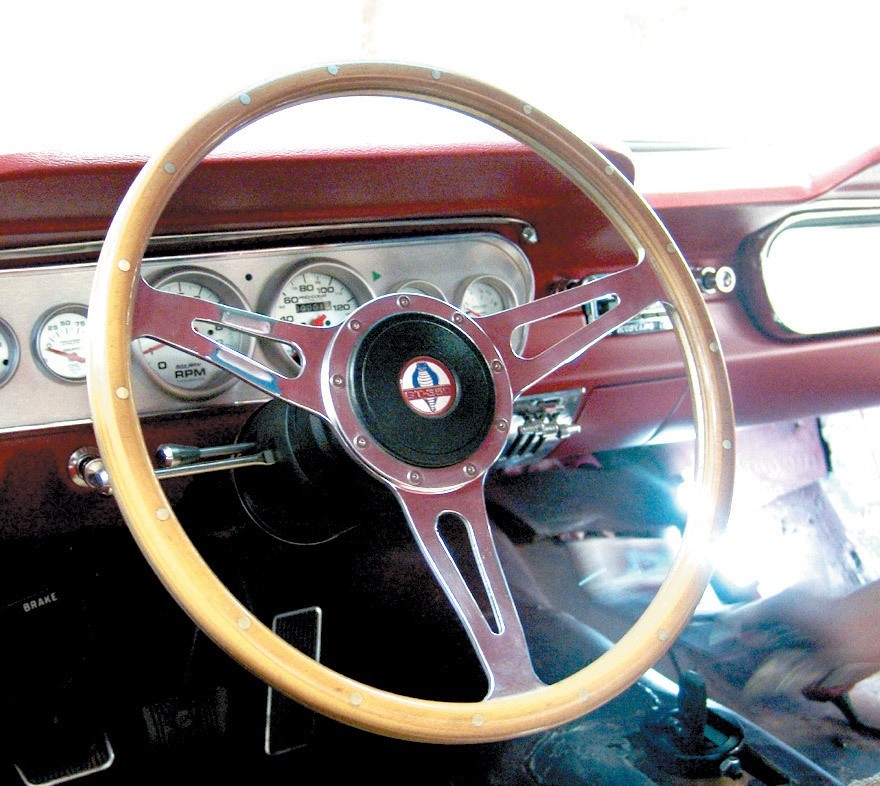 I topped it off with a reproduction Shelby three-spoke steering wheel.

Why did I choose a manual rack instead of a power-assisted unit? Aside from adding more cost, power steering is more complicated and takes up more room. In hindsight, I likely should have gone with the power rack because the manual is a bit light once the car is up to highway speeds.

Hey, if you decide to put power steering in your car, I’m on your side.

The installation is relatively straightforward but requires cutting the supplied steering shaft to length, and then there’s a wheel alignment when it’s all together. I elected to have a bump-steer kit added, which adjusts the link points of the steering rack in relation to the spindles so as to maintain a straight horizontal line through the whole assembly. This increases vehicle stability. (see graphic below)

There are a few things to consider for such a swap. Especially important is that the Flaming River package is designed to fit cars with stock exhaust systems and oil pans. If you don’t have either of those, you might still be OK, but of course I wasn’t that lucky.

The conversion fit right out of the box, but as other modifications began, a die grinder and a ball-peen hammer became increasingly important tools. Again, this is to be expected since Flaming River could not possibly consider all the variations of engine combinations, oil pans and exhaust systems used. No excuses, just reality.

Installed, the new steering system is excellent. It’s sharp like broken glass and way more direct than the old power-steering system. Now if only the Mustang could actually stop. 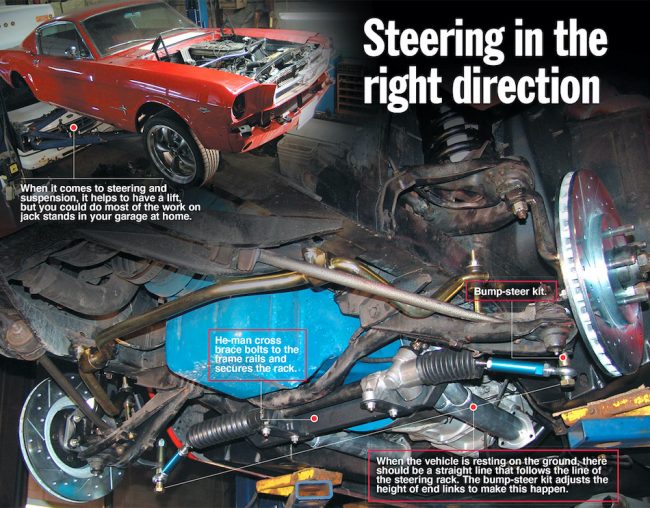