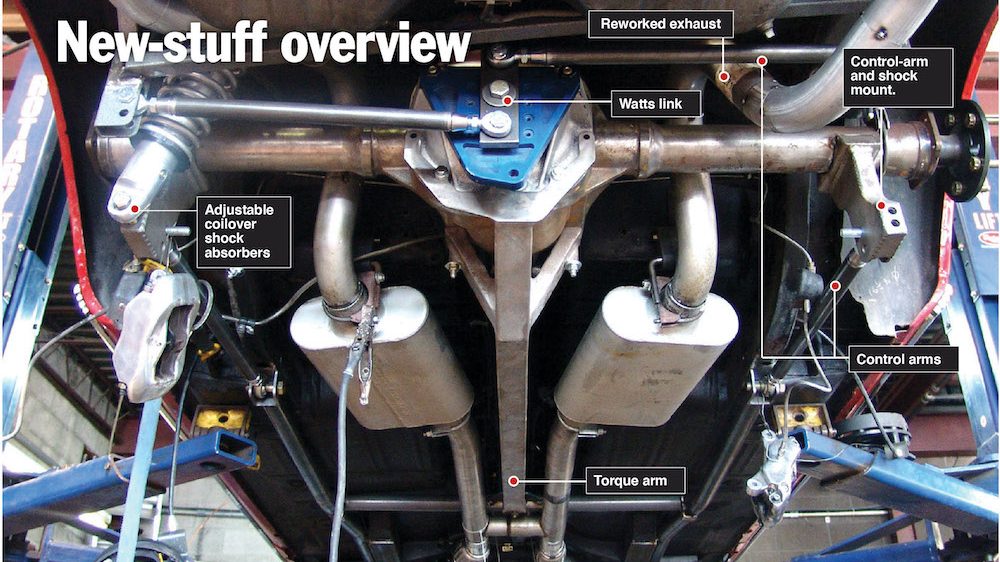 1965 Mustang: When a suspension goes wrong, scrap it!

1965 Mustang Rebuild: In Part 7 in our series on rebuilding a 1965 Mustang, Jeff Melnychuk throws out the rear suspension and starts all over. Ah, the joys of the project car.

So much for experiments.

Sometimes they work out and sometimes you end up doing something completely different that costs three times as much money. Believe me, the first way would be my choice, but when close means it doesn’t work the way you want it to, then sometimes going back to the drawing board is best.

As awesome as the ’65 Mustang looked with all the tricks performed to the rear suspension to get it sitting just right, it just didn’t perform.

And the more it was driven, the worse it got as the rear axle settled into a position slightly skewed to the driver’s side that caused excessive tire rub. And then there was the rear anti-roll bar, mounted above the rear axle, that crashed into the exhaust system over speed bumps. The ride quality was just OK as was the handling.

It would seem that no matter how a vehicle looks, it still has to perform in the real world, doesn’t it?

Sometimes you have to throw it all out and start over

After reviewing a number of fixes, from re-routing the exhaust system, installing narrower tires and raising the back of the car an inch, I still kept coming back to the same conclusion: those darned leaf springs. So, we did what any self-respecting car builders would do: throw it all out and start again with something more modern and more tunable.

Beginning with nothing more than a bare underside of the Mustang, the factory gas tank, the brake package and the rear wheels and tires, we set about to design a new suspension to not only fit the 1965 Mustang but significantly upgrade its ride and handling qualities.

Well, we’re not going to design it, actually, because someone has already put the time and money into designing it and punishing it with thousands of test miles. That’s right. Chances are someone has already beat you to the punch on whatever you’re thinking of doing. In our case it’s a company called Griggs Racing.

Griggs Racing rear suspension package for the 1965 Mustang: We paid for it so we’ll be honest

Just so you know, we purchased the Griggs Racing rear suspension package based on the company’s reputation and after watching a few videos on Youtube of Mustangs at various racetracks. We did not receive the package in exchange for positive press coverage as you might see in various enthusiast publications. We paid for it, so I’ll tell it how it is.

That said, it’s tough to be critical of the package since so much of it depends on it being installed properly in the correct location.

It’s not beyond the home enthusiast who’s good with a welder, but if you’re squeamish about cutting a three-foot-wide hole in the rear floor to accommodate the new shock mounts or welding in bars, braces and mounts to your prize Mustang, then leave well enough alone or have someone else do the dirty work.

This Mustang was bought for exactly this type of modification and Mustang parts are cheap and plentiful if we really messed up or wanted to return to stock at some point, so the decision to weld in the Griggs system was an easy one.

Oh yes, and one other thing: we decided on a major power infusion, so we also tossed the questionable stock rear end into the pile with the leaf springs.

We’ll break this process into several stages in upcoming chapters to make it more digestible, but not without first telling you a bit about the Griggs package.

Obviously the leaf springs are out, but to do their job of locating the rear end under the car, the new system uses control arms that are adjustable. That means we can fine-tune the location under the car at any time.

Replacing the shock absorbers are new coil-over springs that bear the weight of the car. This can’t be done using the factory top mounts that were never designed to support the vehicle — that’s what the leaf-spring mounting points were for — so the Griggs package comes with a bar that’s welded in to act as the top mount (photo below). 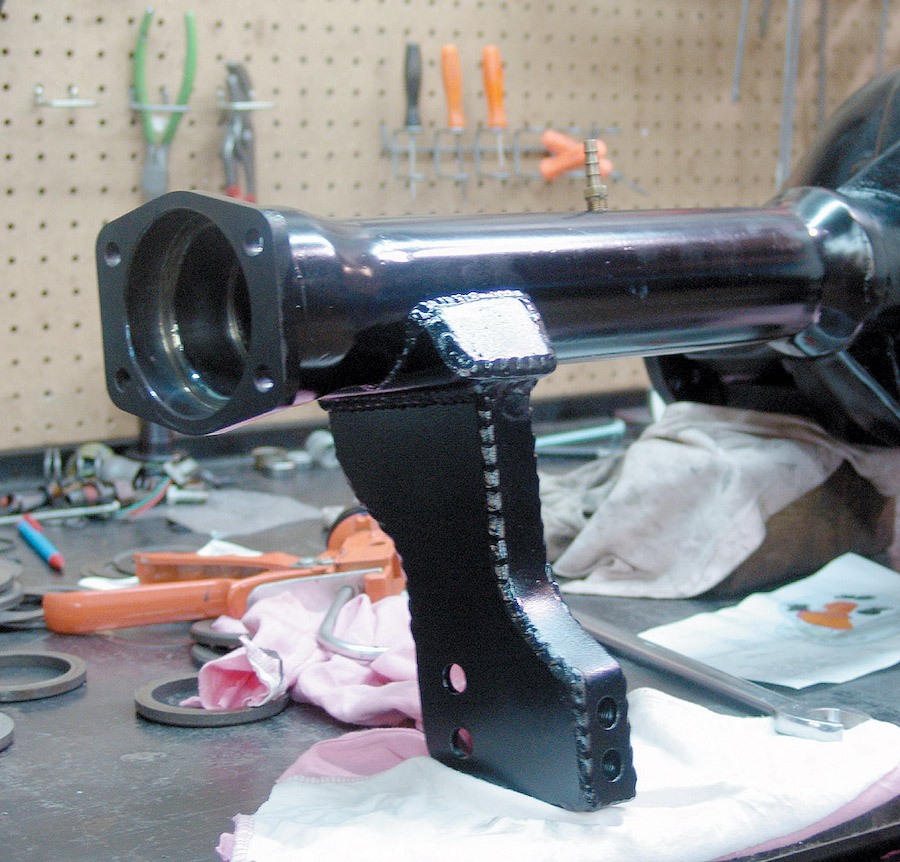 The niftiest part of the setup is that a four-foot-long torque arm mounts to the rear differential and at a point near the middle of the car, which places axle torque from both accelerating and braking in the middle of the car and not the rear. This promotes stability and significantly improves braking. Oh, and there’s no need for a rear anti-sway.

That all sounds good, but as we get into it next time you’ll see why it takes two weeks to install.