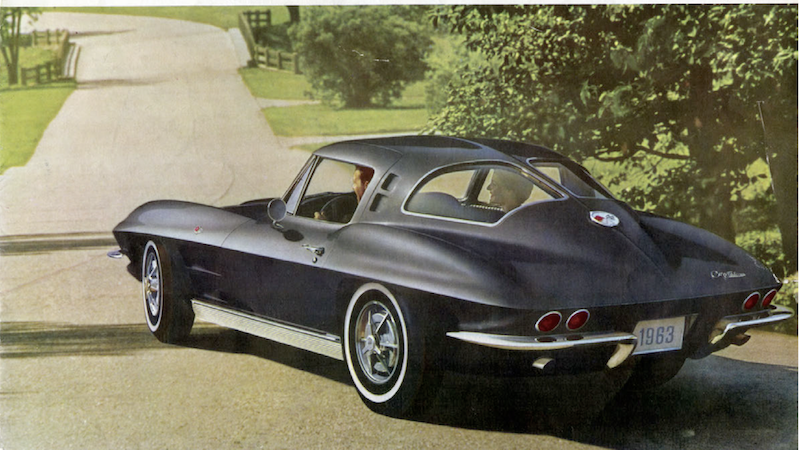 Honestly, I don’t think this is what Bill Mitchell had in mind when the fashionable design genius penned the 1963 Corvette Sting Ray coupe.

But, here it is with an inch of water pooled in the front-passenger footwell, weeds and grass laced through all four hubcaps, and chalky, cracked paint. The wrong colour of chalky cracked paint, actually. 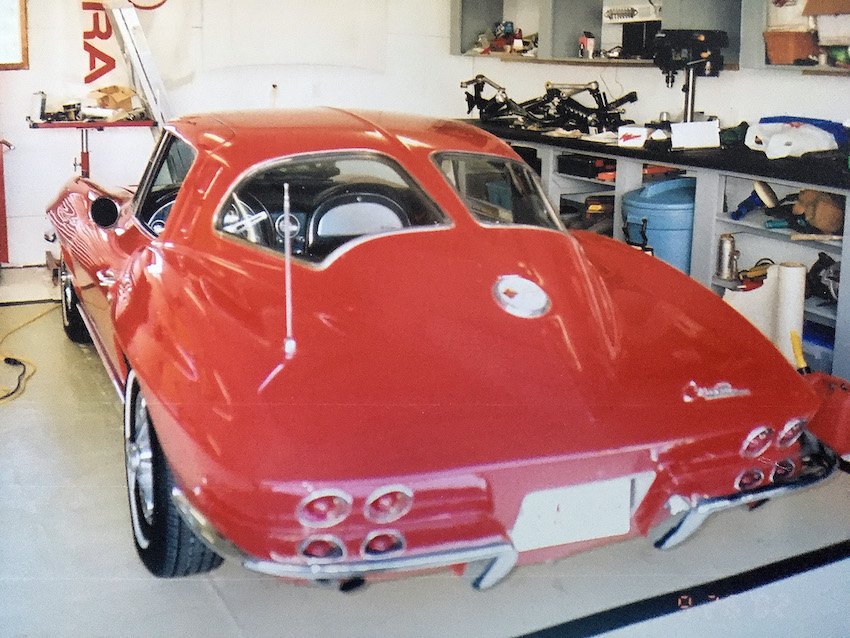 Yes, the eBay seller from the Bronx was a forked-tongued liar who enhanced digital photos and wrote of how the car appeared to be restored within the last year or two.

The transaction itself is the subject of whole other story that we will get around to telling some day, but the point is that this is our car now and we’re stuck with it.

We really began with the notion of just returning the car to the right color and rebuilding the drivetrain, but our body man — a fibreglass warrior or ninja, even — suggested that it would be easier and the result would be better if we just pulled the body off the frame.

The original idea was to buy a complete car and drive it to shows where, as a company, Wheelbase Media could use it to heighten awareness of its brand. That’s still the case, but the story is much more interesting and the car is much better off.

While the other two project cars in this series are modified for safety (Mustang) and reengineered for maximum performance (the Plymouth), the 1963 Corvette stays close to Bill Mitchell’s original concept. Therefore it’s in for a total restoration back to factory specifications with upgrades to the braking system and suspension to make it safer, so that we could actually get to all those shows in one piece — and not on fire — to talk to nice people.

This red ’63 is actually quite typical for a car from the era. Despite the seller’s claims, the car was basically unrestored, poorly maintained along the way, and, for whatever reason, the color was changed to red from its original Sebring Silver, which is a stunning pearlescent hue, actually.

We really began with the notion of just returning the car to the right color and rebuilding the drivetrain, but our body man — a fibreglass warrior or ninja, even — suggested that it would be easier and the result would be better if we just pulled the body off the frame.

A deal was struck and the work began.

At that very moment, we had no clue what we were getting into, not because we knew the car was a bit rough, but because when you set out to achieve a certain level of finish perfection in one area, the rest of the car gets dragged along for the ride.

So, we redid all that, too — and then completely rebuilt the chassis from front to back — and then restored/replaced the whole interior. 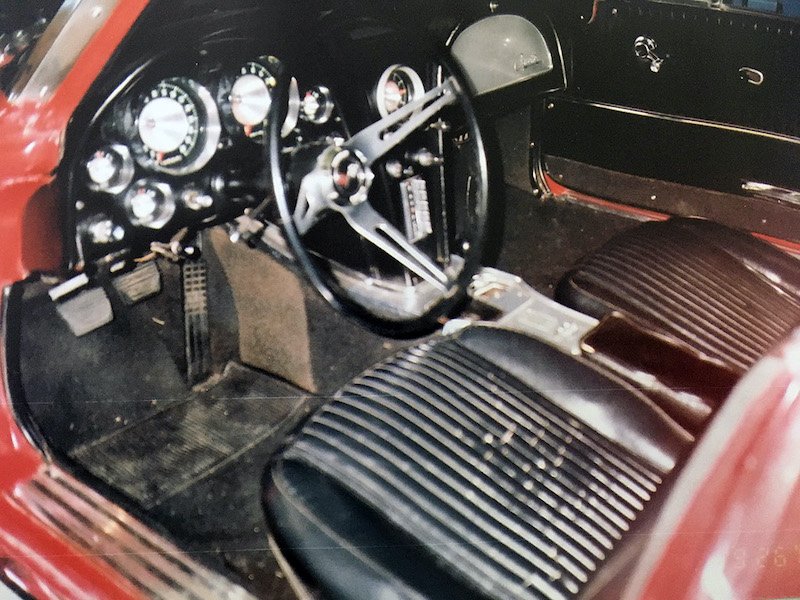 So, we will begin this week with what we found when we pulled the body off the frame. As is the case with any 57-year-old vehicle, there’s plenty of mystery and surprise that you can’t possibly uncover until you begin taking things apart and stripping the old finish.

What we found was a car that had been hit on just about every corner as well as dead centre at the rear. The problem with diagnosing anything on a fibreglass-bodied car such as a Corvette is that you can’t use a magnet to discover body filler. You have to find it the old-fashioned way: with paint stripper and a grinder. And we found a lot of it.

After a solid week, full time, of stripping the car, it looked like it was ready … for the scrap pile. Smashed, rotten and neglected — the car, not us — we came face to face with our worst fears. In fact, we seriously doubted that the car could have been saved, but our body man approached the situation with a “we-can-rebuild-it-if-you-have-enough-money” attitude and the fun/terror began.

“If we had nothing to start with at all, we could probably build it from scratch,” he said.

Our spirits were buoyed with the first major body repair out of the way, but this car needed a lot of work. What we thought was going to be a simple strip, prep and repaint process had turned into many weeks of fibreglass repair that we hadn’t budgeted for.

Let’s make Bill Mitchell proud, even if he’s not paying the bill.

*This is the first of a series of columns related to the restoration of the 1963 Corvette Sting Ray. Read Part 2 here.

The seller of the 1963 Chevrolet Corvette Sting Ray coupe was a forked-tongued liar who enhanced digital photos.
As is the case with any old vehicle, there's plenty of mystery and surprise when you begin taking things apart and stripping the old finish.
After scraping and a light sandblasting, this early part of the reconstruction demonstrates how a proper repair should look.
It looks like shag carpet hanging down, but it's actually fibreglass that will be trimmed off once the reconstruction is complete.