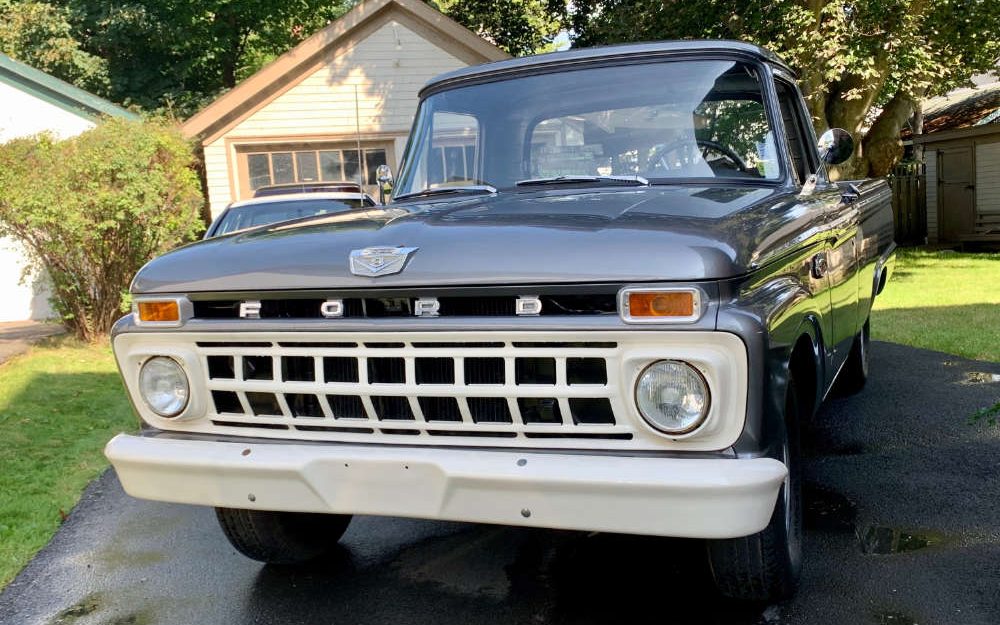 Thirty five years ago, I pledged to never sell a car or a truck.

When I was a teenager in the 1960s, my father was deep into trading cars or trucks every year or two. Before closing the deal, there were many sleepless nights in anticipation of that new pickup truck, Mercury Park Lane, Buick Special or even the 1968 Thunderbird Dad was about to trade.

The downside of these fresh rides was saying good bye to the trade-in, the immaculate one- or two-year-old vehicle he was replacing. What if I spotted it around town, dirty and neglected? What if I ended up not liking the new one as much?

In the mid ’80s, I devised the scheme to never sell a vehicle.

This would obviously keep car fever in check as the fleet would balloon to a point where I’d stop purchasing vehicles. It seems to have worked because Lisa and I have not purchased a vehicle since 2010.

Of course, all the vehicles had special meaning, including the 1965 Ford F100 I found in Bandera, Texas in 1996. The truck was the same model and year of the one Dad had when I was 15 and learning to drive.

Since then, I’ve caved and sold a few like the 1983 Mustang GLX 5.0L ragtop, the Haulmark car hauler and those scooters.

That’s 11 dipsticks to check, 11 vehicles to insure and store plus 44 tires to keep an eye on. That’s thousands of bits and pieces to wear out or break, along with dozens of body panels to fuss over, wax and keep scratch- and dent-free.

When I turned 71 last September, I made the decision to get rid of one vehicle per year. If my math is correct, by the time I’m 80, that will leave just two vehicles – one for Lisa and one for me.

But which two? And what would be the first to go?

When I bought it, the plan was to rebuild the faded, well-worn rust-free Texas truck. Without power steering or brakes, it’s a stock bare-bones pickup with a 352 V-8 engine and a three-in-the-tree manual transmission shifter. And an eight-track tape deck, obviously.

I, and a slew of hired hands, have been puttering with the old Ford for 26 years. After all the work that’s been done, aside from driving it from Texas to Nova Scotia and a trip to Toronto and back, it has spent a quarter-century dodging winter, loafing around at local car show & shines and taking a few trips to the dump.

This past weekend, for the last time, I started the truck that had been rebuilt to look exactly like the new 1965 F100 Dad bought when I was 15.

The new owner who is taking over the stewardship of the old Ford plans to keep it stock. He already has a line on that back bumper I could never find and is thinking about painting the roof white. I wouldn’t, but it’s his truck now.

There is an upside to all of this though. I can get rid of the F100’s list of things that still need to be done. The parking stall at my mother’s condo will be free for something else and those spare parts cluttering the garage are gone with the truck.

Sure, I feel bad because the replica of my father’s truck now belongs to someone else. I know the sadness hangover will eventually pass. I also realize that selling an old pick-up truck is no big deal considering what is going on in the world these days.

But like any proper adventure, that 1965 Ford F100 fuelled memories from the past 55 years of my life.