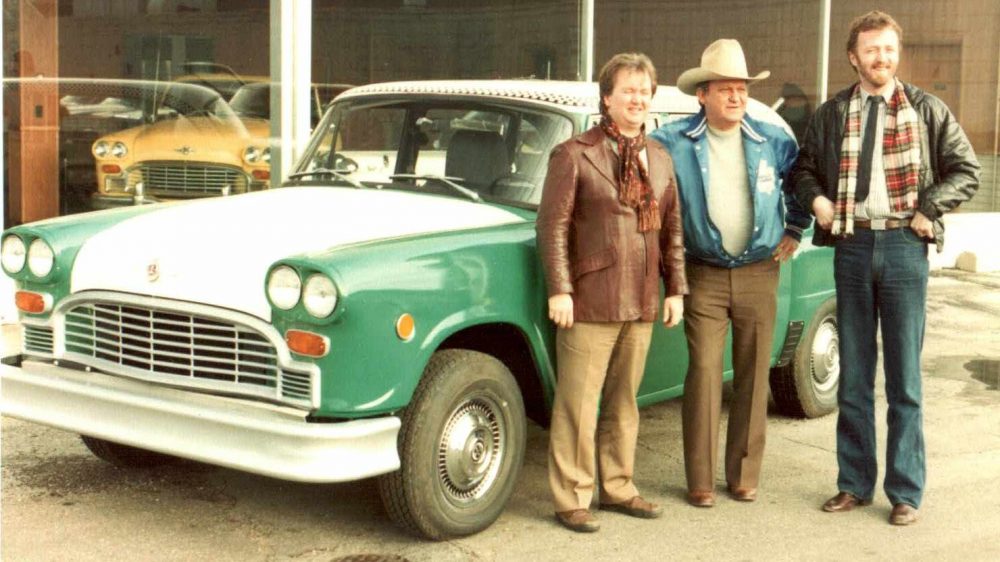 In 1982, when Checker Motors Corporation of Kalamazoo, Michigan stopped production of the iconic hulks that had become synonymous with the term New York Taxi, a bit of an American tradition skidded onto the hard shoulders of reality.

How would the world adapt to a New York without the massive, technically crude, yellow behemoths cruising the gritty streets? As sad as it seemed, the time had come to move the taxicab business from 1950s technology into the ‘80s.

Like swapping beehive hairdos for 1980s-era big hair, the venerable Checker taxicab had run its course.

That year, an organization in London, England decided to recreate the original Peking- (now Beijing) to-Paris Motoring Challenge to celebrate 75 years since its first and only running.

Around-the-world drivers, record-setters and Maritimers, Garry Sowerby and Ken Langley, wanted to enter the race but, with 100 entries and no guarantees of winning, they realized it would be best to source a vehicle that stood out, win or lose.

Since they had set the Guinness world record in 1980, the pair had been driving taxicabs in Toronto (to stave off the debt incurred from that record run – but that’s another story) while itching for another adventure. And here it was.

Why not run the meter of a taxicab for the entire Peking to Paris Race? The cab would transport a life-sized dummy named Halibut Parks, a mascot who would be switched for a celebrity when the car rolled into Paris.

“Who is Halibut Parks and how much will it cost him to take a taxi from Peking to Paris?”

Could the ‘boys’ from the Canadian Maritimes convince corporate Canada that they were the ones to put their products in front of the billions clamoring to find out who the mysterious Halibut Parks was?

They set their sights on a Checker taxi. With production stopping, sponsorship was out of the question. However, one car remained to be sold. Hmm, the last Checker taxi! 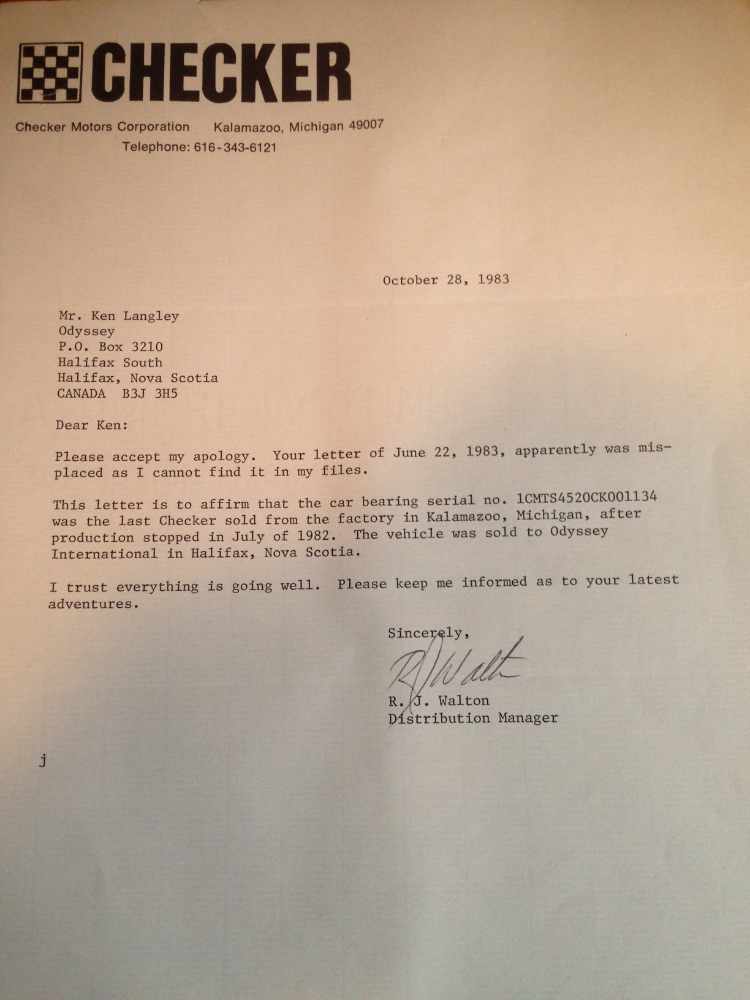 The problem was it was powered by a 3800 Buick V-6 engine, fuelled by propane. It was their environmental package and only a few had been built. A bigger problem was the $9,700 USD price tag.

It didn’t take long for the Halibut Parks’ Peking-to-Paris taxi fare concept to gain traction. The Toronto Sun newspaper, who had been a major sponsor of the 1980 around-the-world adventure, jumped on with a commitment to publicize the story. The newspaper would send veteran bad-boy journalist Paul Rimstead with Garry, Ken and the elusive Halibut Parks. 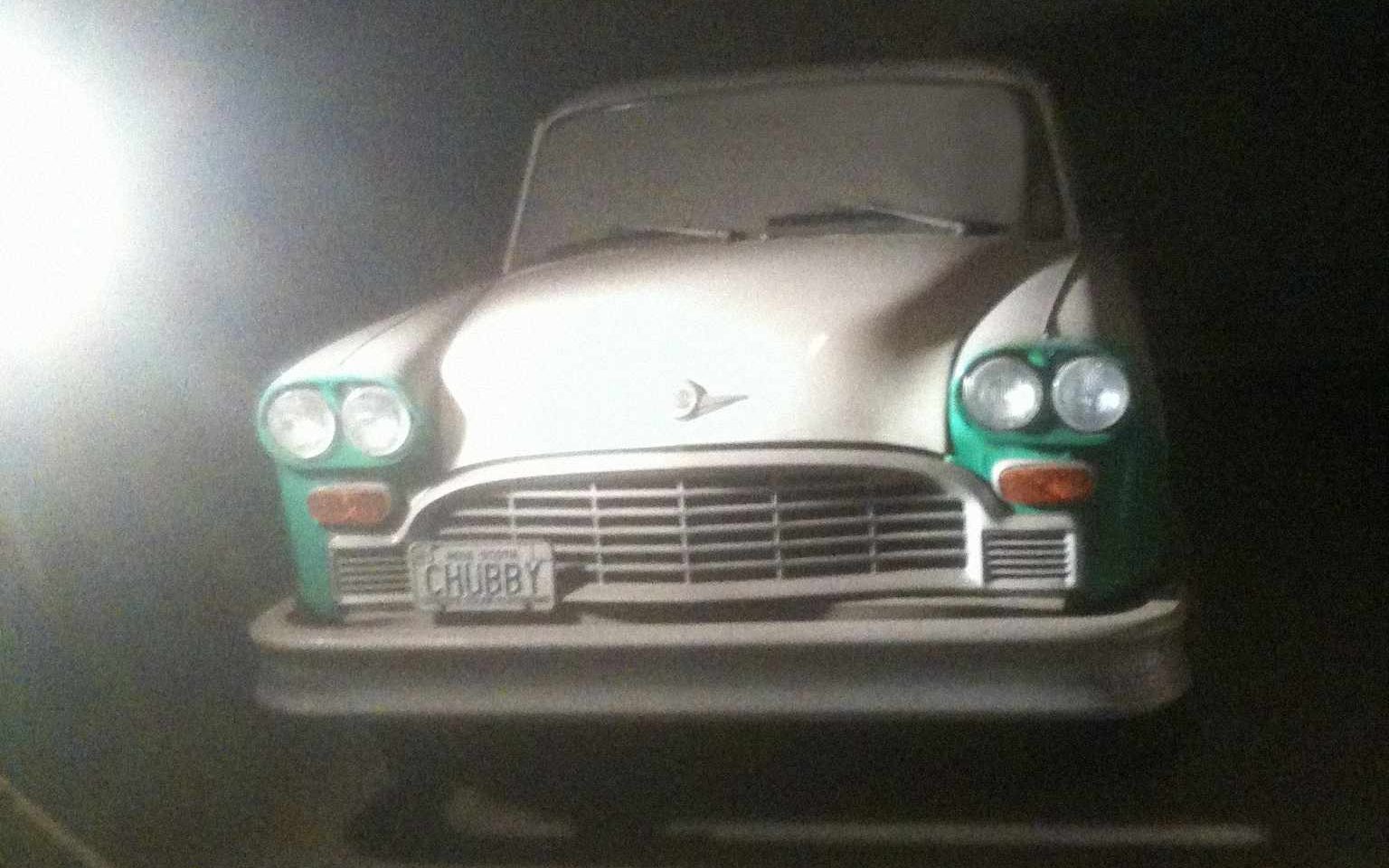 More financial support came from Canadian Tire Corporation and Detroit Diesel who would re-power the Checker with a 6.2-litre V-8 diesel engine.

Major sponsor R.J. Reynolds Tobacco Company would wrap the Checker like a giant pack of Export A cigarettes and run the contest through their products to see who could guess the cab fare from Peking to Paris and determine who the dummy would be replaced with at the finish line.

Garry Sowerby recalls: We picked up the green and white 1982 A11 Checker in Kalamazoo on November 22, 1982. A live feed to Good Morning America let us tell the world about the strange and brutal mission the last Checker cab was about to undertake. 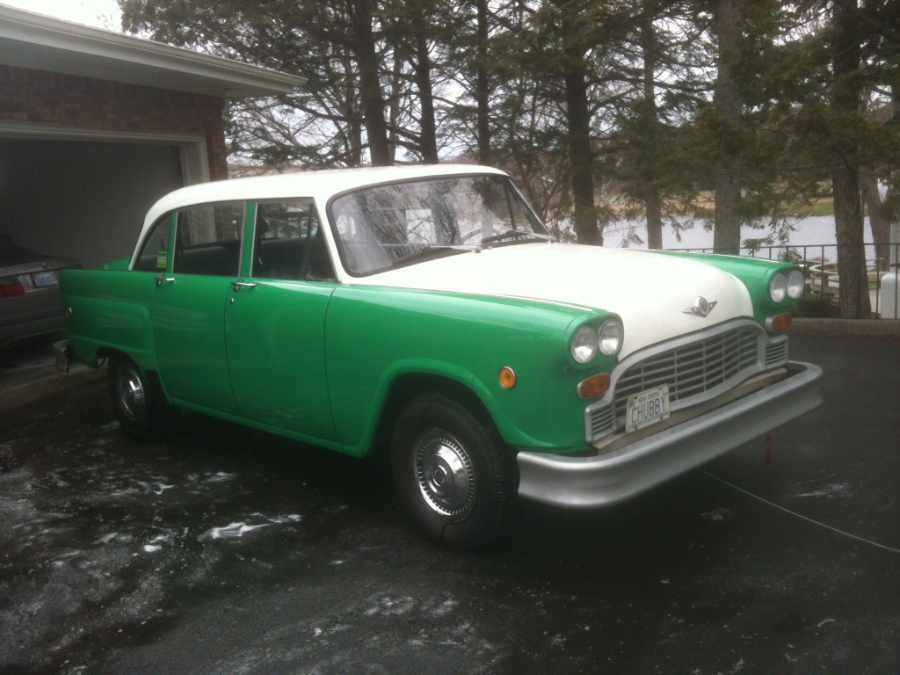 We drove to Chicago, met with Playboy Magazine and arrived back in Toronto amid much fanfare, since Paul Rimstead had already written a half-dozen columns about our big adventure.

As we prepared for the Challenge it seemed everyone knew about Chubby. Thumbs up, notes of encouragement under the wipers when the car was parked.

Then, China refused to allow the race to travel through the country so the organizers in England scrapped the event.

Nice, our big plan to propel us and Halibut Parks to global fame and wipe out that pesky financial overrun on the Volvo around-the-world junket had turned out to be nothing more than an embarrassing waste of time. To top things off, we owed the Bank of Nova Scotia $9,700.

No problem. I paid the loan over the next five years.

For most of its life, Chubby has been in storage, awaiting a mission. Will Halibut Parks finally get the trip he’s been waiting for?