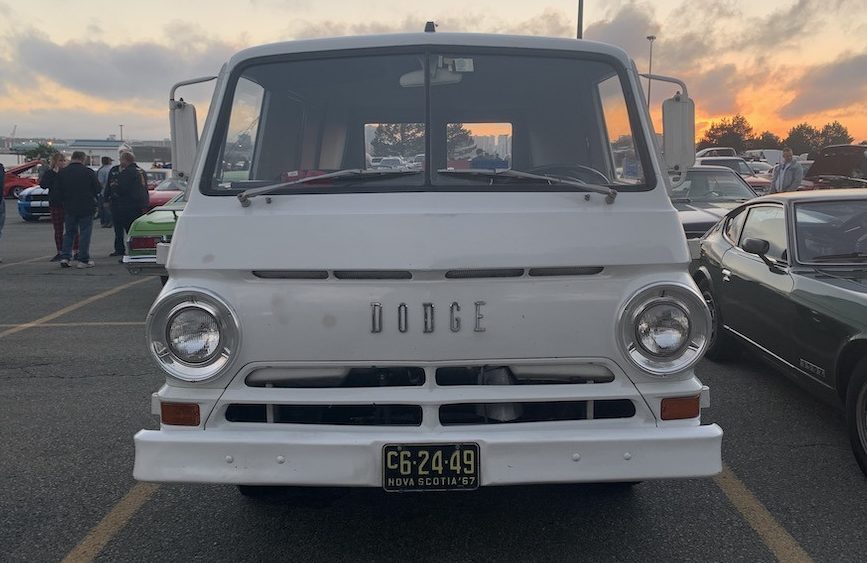 About 16 years ago, Dennis Doof saw a Dodge A100 van for sale on the side of the road near Tatamagouche while riding his motorcycle. The van turned out to be more body fill than van, he says. He didn’t buy that one but he did fall in love.

Then Dennis got wind of a local dealer who was buying a collection of 20 vehicles, including a Dodge A100. When the A100 arrived at the dealership, Dennis was away in Florida so a friend went to have a look. It was solid. Dennis bought it sight unseen. 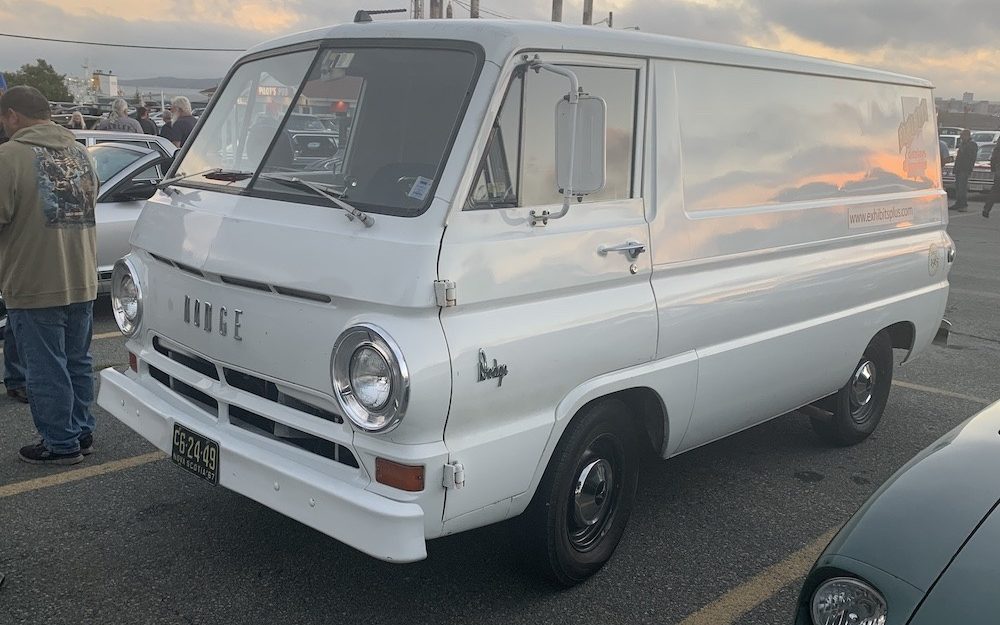 Dennis recounts his experience after acquiring the 1967 Dodge A100, our East Coaster of the Day.

“It required a total mechanical restoration. What was replaced? Everything, over the course of the time I’ve owned it. I fixed it into reliability. From the speedo cable to the engine, transmission and rear end, spring bushings, exhaust and on and on, all was fixed or replaced.”

At the time of purchase, it was missing many things, like west coast mirrors, hubcaps, front and rear signal lights and the correct steering wheel. 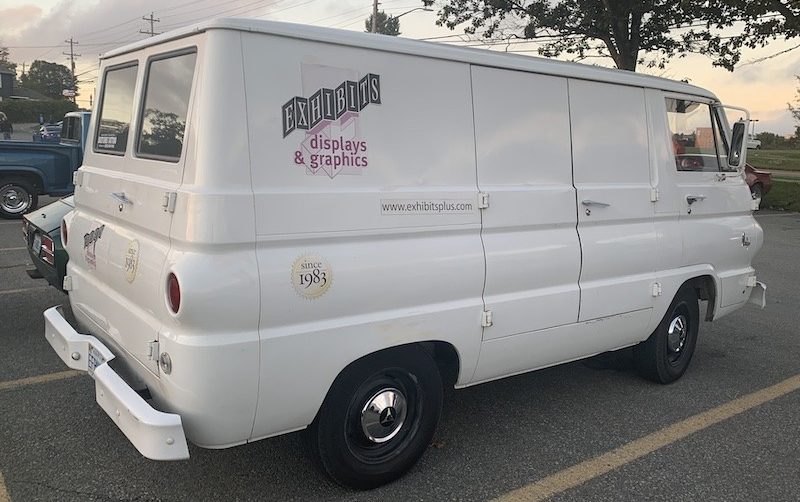 “eBay and trips to two yards plus parts from another local A-100 owner, got me on the road to a complete vehicle,” Dennis continues. “The van came from Arizona, so no rust. Zero rust. It was just a completely exhausted vehicle. Everything was worn out.”

“While it ran, it ran ‘not by much’. Someone in the distant past had painted it, poorly, but that same paint remains on the van. It’s a natural stone chip collector with its big square front profile so I’ll likely not paint it.” 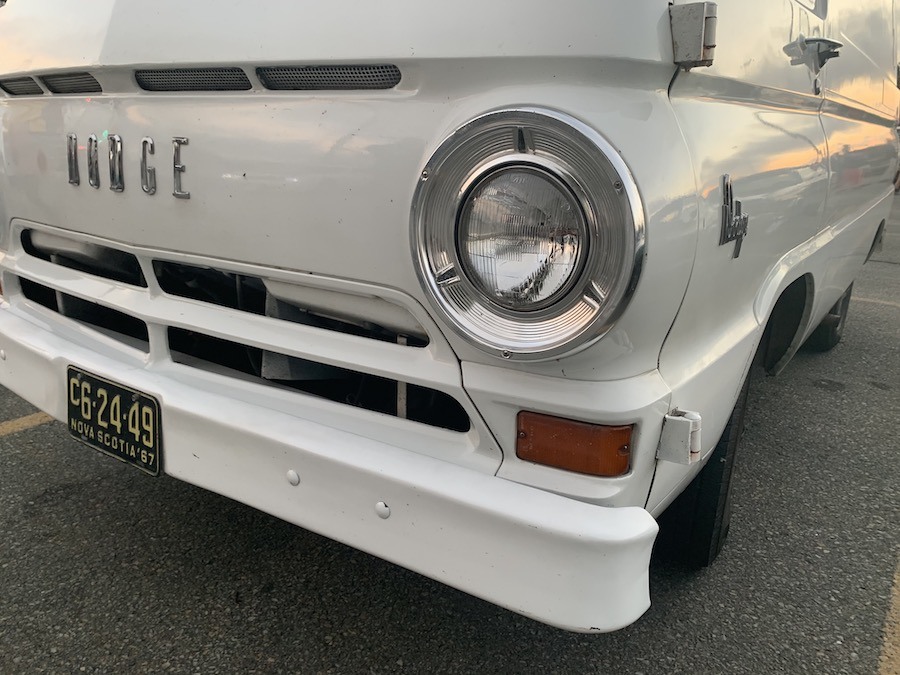 They came in several models including passenger vans, panel vans, even a pickup truck. There was a long and a short version – A100 and the longer A108.  The vans came in a number of door options, including the usual six-door, an eight-door variant and a no-door, which means no side doors.

They were also made as campers with pop tops and complete fibreglass bodies.

Power plants ranged from the 170 slant six, the 198 slant and the 225 slant. Later they came with a 318 V8. The transmissions were either a three-speed automatic with the shifter on the dash, or a three-speed manual shift on the column. The engine sits between the driver and passenger. 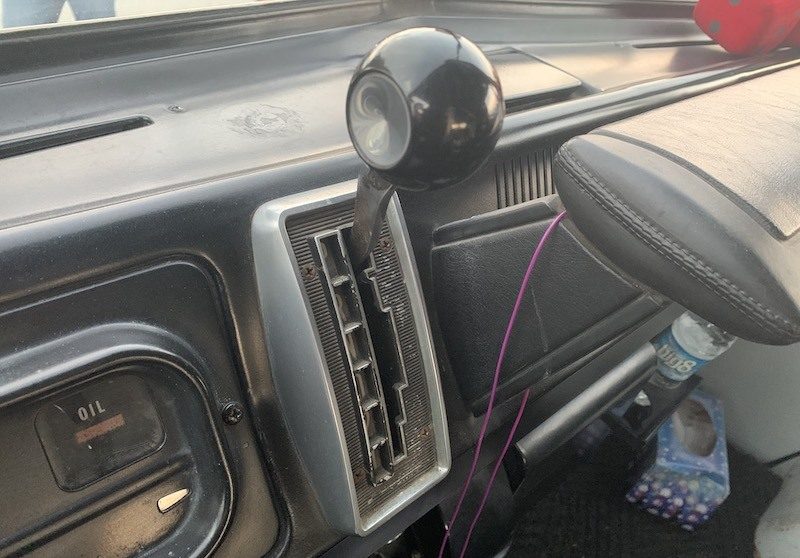 We love the look of Dennis’ van. What we love more, though, is the fact that he actually uses it for its intended purpose: “I use it regularly during the summer to visit clients and make deliveries around the city. So, I call it a practical toy.”

*Thanks to Dennis Doof for providing information for this post!