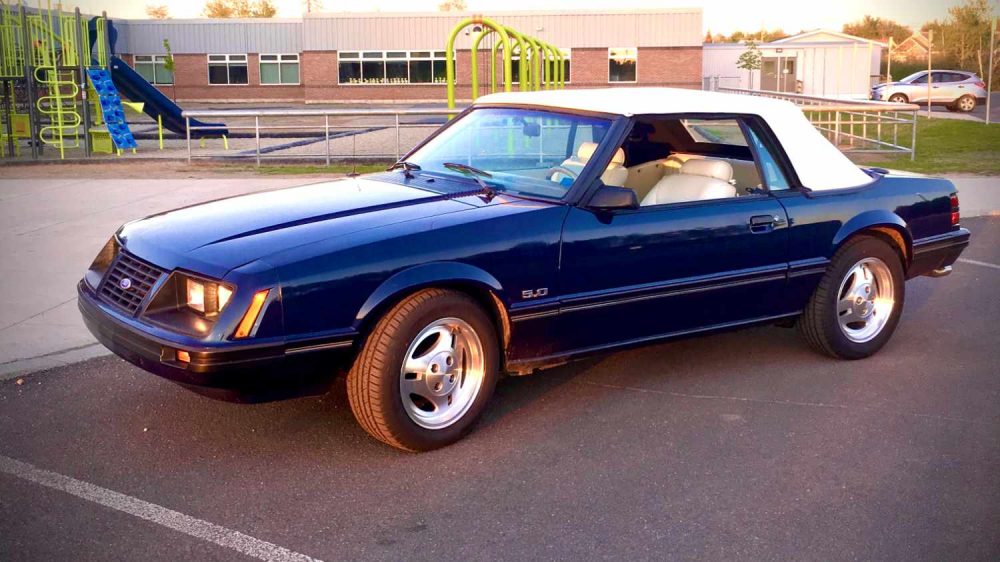 Keeping it in the East Coast Tester family: Malcolm Gunn tells us about his 1983 Mustang GLX.

For the past dozen or so years, I have owned what I consider to be the best looking of the Fox Body series of Mustangs. Named for the platform they were assembled on, this generation of Ford’s iconic pony car was sold from 1979 through 1993 model years.

For 1983, Mustangs like mine were fitted with a sloping grille and recessed headlight pods, design features that lasted for only two years.

Nineteen eighty-three also marked the return of the Mustang convertible, a body style that had been absent since the last of the 1973 versions rolled off Ford’s assembly line. The drop-top styling suits the Fox Body cars quite nicely and each one came with a separate snap-on tonneau cover (to be honest I don’t bother using mine).

The new convertible proved a popular choice, representing roughly 25 per cent of all Mustangs sold in North America that year.

Another thing — my Mustang’s manual gearbox, which is linked to a 5.0-litre V-8, was upgraded to a five-speed for 1983, replacing the previous four-speed unit.

My low-kilometre two-owner Mustang was obtained from Moncton native and now Halifax-based fellow East Coast Tester, Garry Sowerby. I’m actually one of one the few people — perhaps the only person — to be on the purchasing end of one of his prized possessions.

The Mustang is the top-of-the-line GLX and originally came with factory-installed metric-sized TRX wheels. The only problem is that today only Michelin sells metric tires in North America (that I’m aware of) and they are seriously expensive, provided you can even source any.

Other updates over the years include new seat covers and carpeting, a new premium Haartz-brand soft-top and a set of chassis-stiffening support rods that reduce the excessive body flexing and twisting that are commonplace on older-model convertibles.

A number of Mustang specialty suppliers can be a big help with both mechanical and cosmetic replacement items for Fox Body Mustangs. 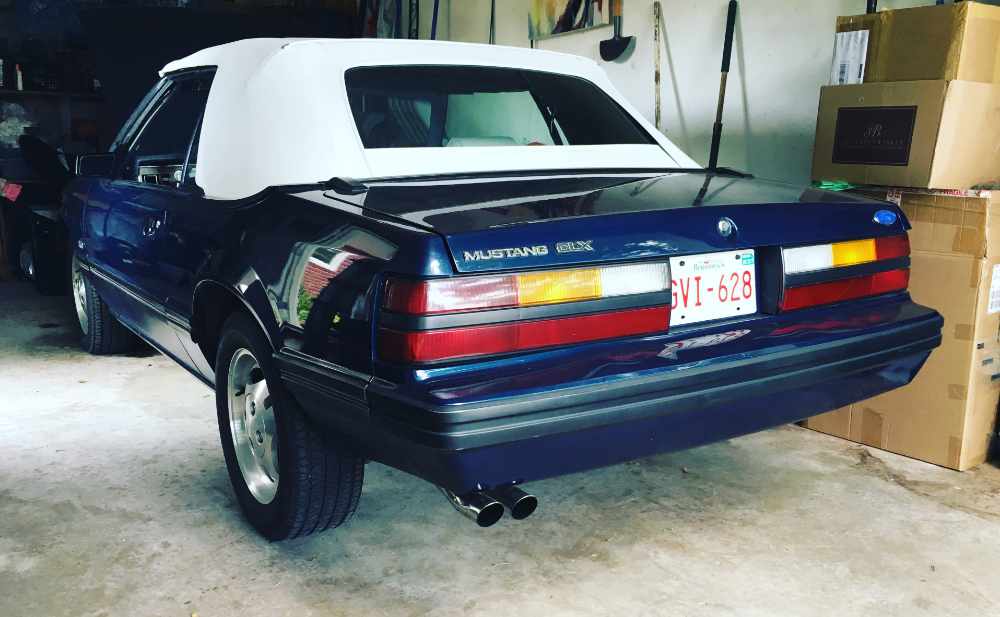 For summer cruising, my Mustang naturally provides plenty of open-air fun in the sun and never fails to garner frequent thumbs-up from passers-by. 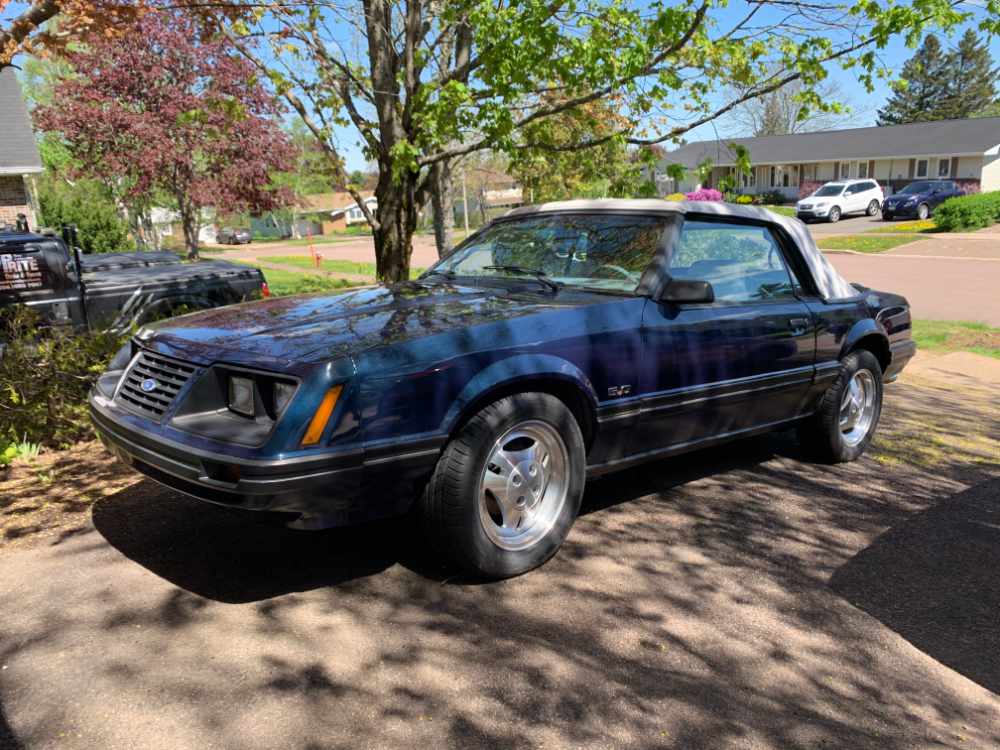 Garry Sowerby must be wondering why he ever let this Mustang escape his collection.