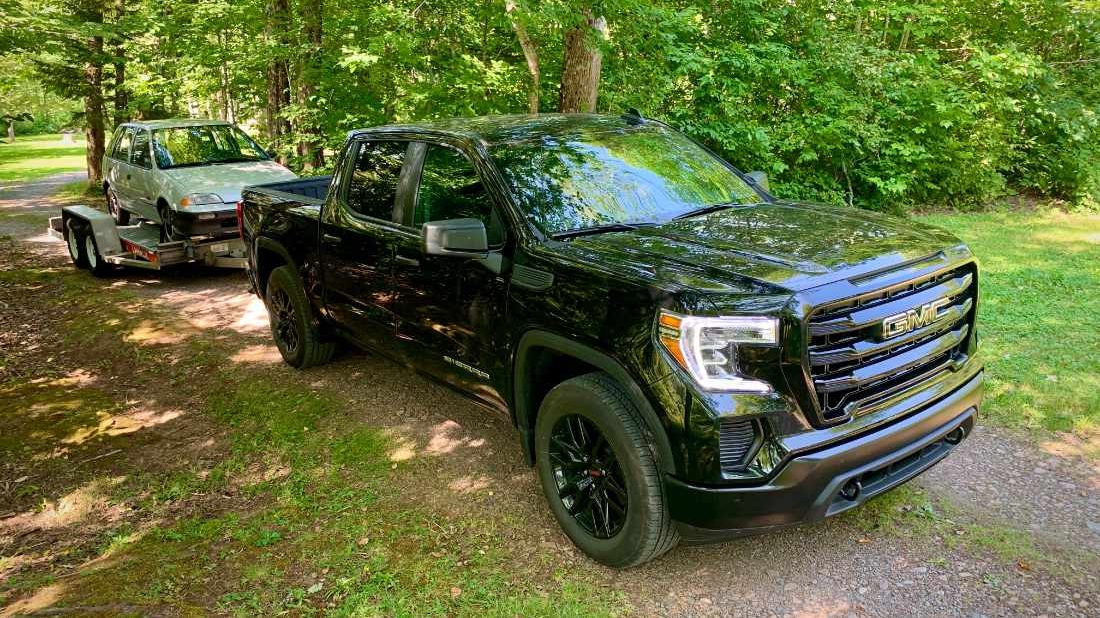 I leased a 1991 Pontiac Firefly as an office runabout 30 years ago this summer. At the time, the Firefly along with its Chevy Sprint clone, were among the stingiest fuel misers on the market.

When the lease was up, we decided to buy the Firefly and ‘keep it forever’, because ‘who else would ?‘. Although forever is not here yet, the three-cylinder-powered econobox has proven to be an exceptionally reliable car. 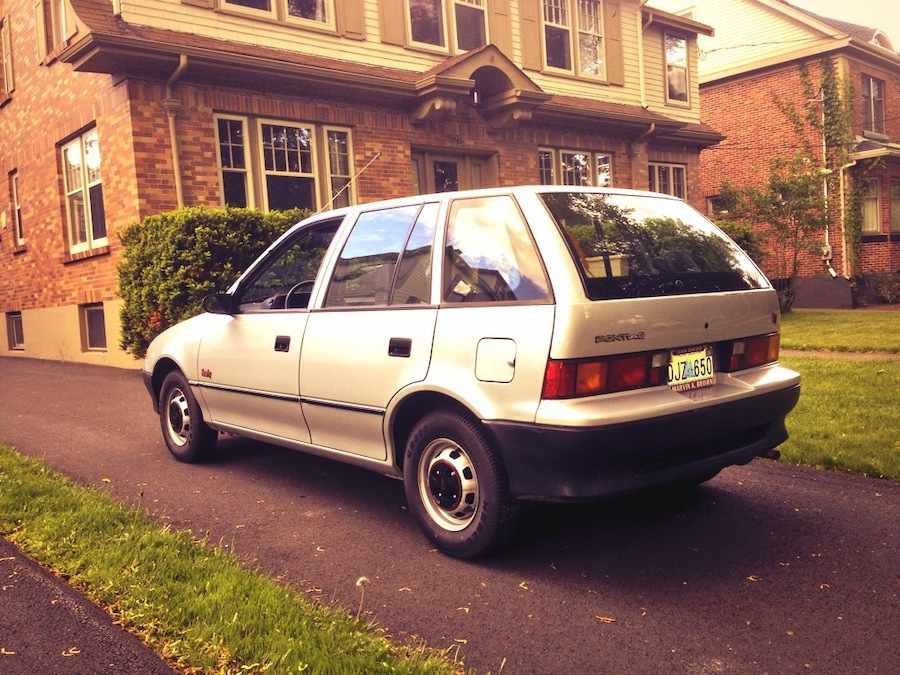 It’s silver with no tape deck, cruise control or power options like windows, door locks or seats. Without even a rear wiper, the Firefly was the base unit of General Motors offerings for the 1991 model year.

The fact that it has been put away every winter with the exception of the first two of its life has left ‘The Fly’ rust-free and still sporting its original flawless paint.

For the past two years, The Fly has been out of sight and out of mind in a car storage facility at the top of Indian Mountain, north of Moncton, New Brunswick.

When I called the place to say I was coming to get it, they told me it wouldn’t start.

This was the first time in 30 years The Fly didn’t snap to attention when the ignition key was turned. It could have been the fuel pump, but I suspected it was a bad fuel issue after sitting so long.

We planned to rescue The Fly from the mountain top refuge using a 2021 GMC Sierra 1500 equipped with a tow package.

The 315-horsepower 2.7-litre turbocharged four-cylinder engine with a tow rating of about 9000 pounds would obviously handle a rented U-Haul auto transport trailer with our Pontiac Firefly strapped to it.

The GMC Sierra had already proven its worth during its summer rotation through eight EastCoastTester writers in Atlantic Canada.

Kevin Harrison took it around the Cabot Trail (story coming soon to EastCoastTester.com).

Evan Williams did load comparisons using the 2.7-litre engine and a 5.3-litre Sierra, then hauled a 7,500-lb travel trailer on a weekend holiday.

Richard Russell and Matthew Guy got in on the action as well, shuffling 60 bags of dirt around the province.

While they checked out handling and fuel economy, Lisa and I beefed up our backs and arms loading and unloading the ballast.

We had planned to drive the Firefly around New Brunswick on a two-day vacation. We decided not to let the ‘no start’ issue thwart our plans. The Fly would still accompany us on our NB tour, just riding high on the U-Haul trailer behind the spiffy new GMC Sierra.

Rescue Day began with a 290-kilometre drive to Moncton, where we rented the trailer, then a 20-minute drive to Indian Mountain.

At the storage facility, the owner casually mentioned the Firefly still wouldn’t start and that there had been an ‘incident’ hauling it out of the building it had been stored in.

An incident? The owner claimed the damage ‘wasn’t that bad’. I thought about the flawless original paint and felt a knot tighten in my stomach.

The damage was worse than expected. The front and back doors on the passenger side were gouged and scraped, the side view mirror ripped off and thrown on the front seat. One of the rear wheels was misaligned from attaching a tow hook onto the rear suspension’s trailing arm and bending it.

The Fly had obviously been the recipient of a beating that somehow, according to Mr. Storage Man, was my fault.

At that moment, I just wanted to get The Fly, the Sierra pickup and the U-Haul trailer off Indian Mountain.

It was hot, humid and crowded with stored cars. 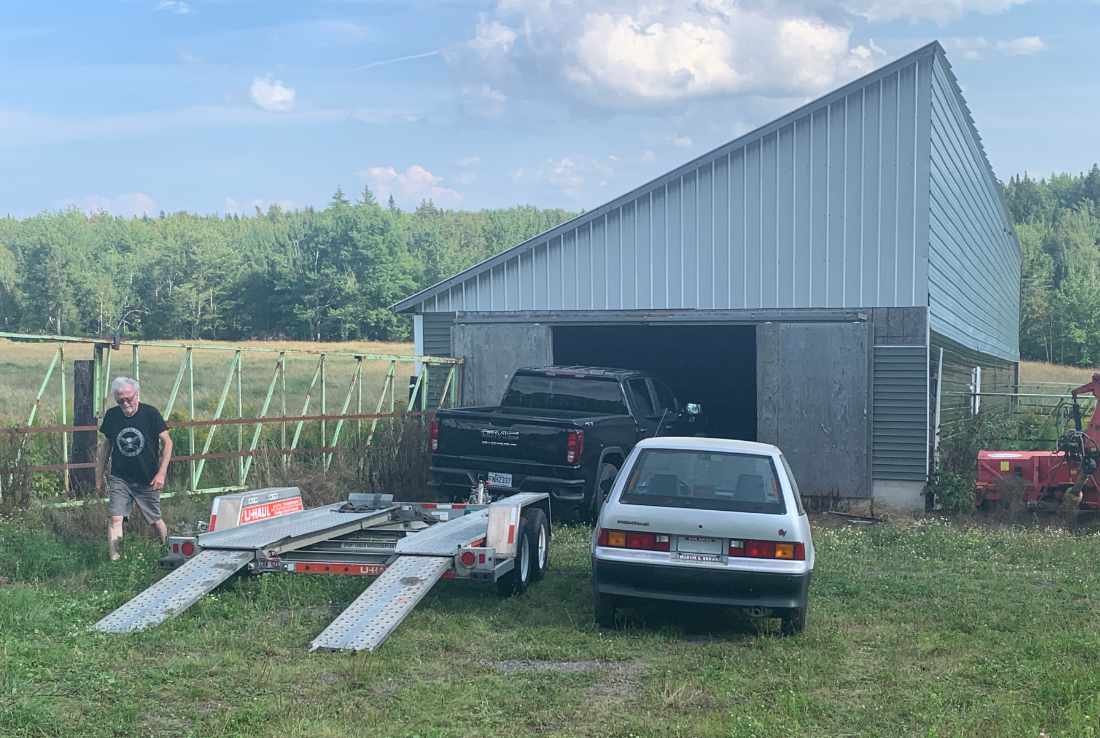 After a half hour of pushing, pulling, grunting and sweating, we managed to strap down the lame, bruised Firefly onto the trailer.

After a quick wash, The Fly was ready for its ‘vacation’.

We hauled it up and down Magnetic Hill, toured the streets of Moncton and even took it to a beach near Shediac. The Sierra handled the load like a pro.

But a sadness hung over us as we hauled around the previously-mint 30-year-old.

The much-loved Fly looked pathetic with its ripped-off mirror and scraped doors, so we cut our vacation short and headed to Bemister Auto Sales and Service in Dartmouth. 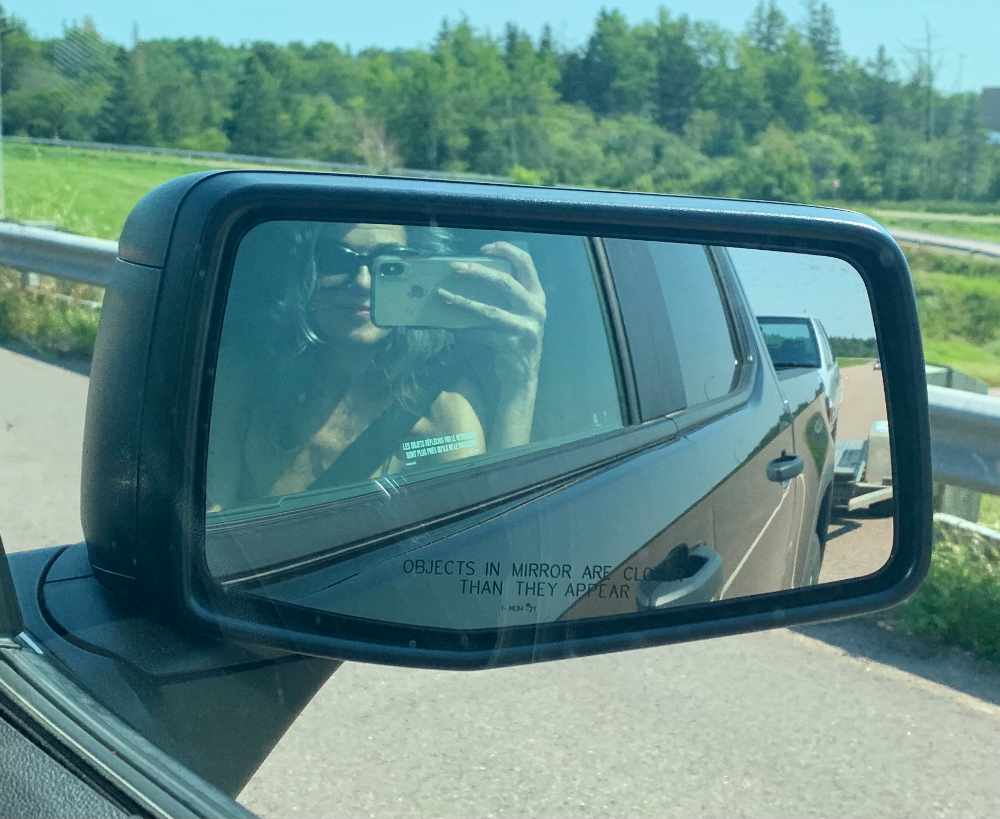 Derek Bemister, who has serviced The Fly for 25 years, seemed even more upset than me when he saw the damage to the doors and the destroyed passenger mirror.

When he checked out the bent trailing arm and the cock-eyed rear wheel, he just shook his head in disbelief.

It looks like The Fly is in for some pampering over the coming weeks.