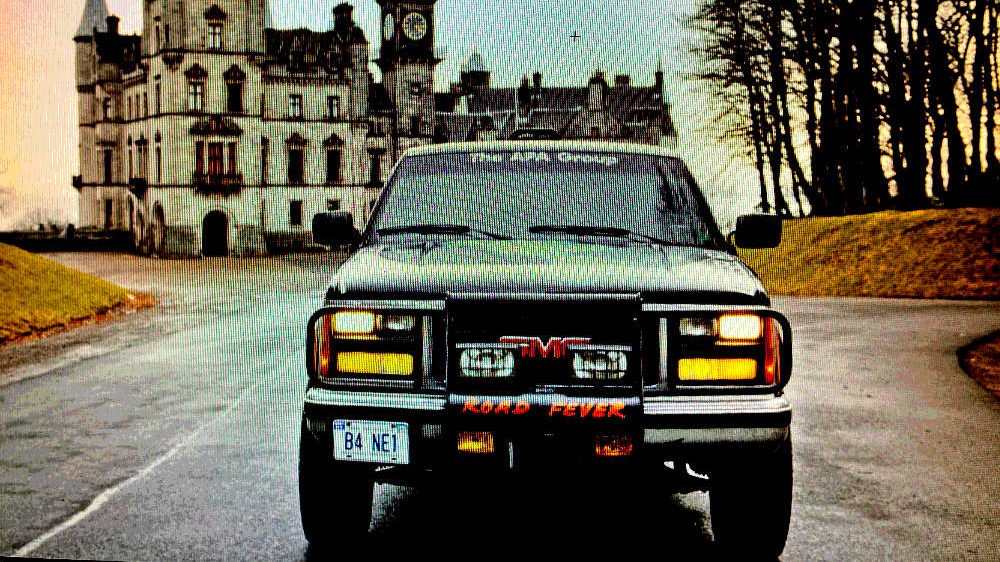 The Winds of Chance: Around Britain without refueling

He had a diamond stud in one of his ears.

“What’s the quickest way to get to the BBC studios?” I asked frantically.

While trying to explain the zigzag route across Glasgow, he eyed the rumbling truck I had just jumped out of.

“I have no British money, I’m late and running out of fuel.” I was starting to panic. 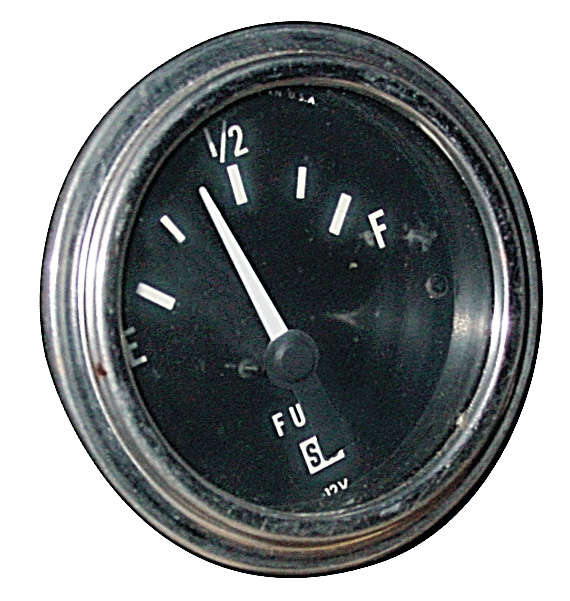 A bad case of navi-nightmare, the temporary disorientation usually associated with too much seat-of-the-pants navigation, had prompted me to force over a confused-looking taxi driver.

He couldn’t understand how a foreigner, driving a late-model American pick-up truck plastered with maps of South America, wouldn’t have money to pay for guidance through the streets of Glasgow.

“Yer on yer own, mate,” he croaked, looking at me as if I could be dangerous. The diamond stud glinted in the faint March sunlight as he manoeuvered back into traffic.

I had missed a turn while checking the auxiliary fuel level gauge mounted in the glove compartment. More than half the fuel was already gone after only 1,490 kilometres.

Mission gone awry: I had already burned over half the fuel and still had to cover 1,860 of the 3,350 kilometres I was trying to drive ….without refuelling!

The plan, 30 years ago, was to drive from London to Land’s End on England’s pristine southern coast, up to John O’Groats on the windblown northern tip of Scotland, and back to London – without stopping for fuel.

After reading a fuel economy tip claiming most motor vehicles burn about 23% less fuel at 100 km/h than at 115, I considered the role speed had played in the three long-distance driving records I broke in the 1980s.

The success of those adventures was more the result of good planning, the right vehicles and a positive attitude than high speed.

Since these were all ingredients of good fuel economy, a driving trek to demonstrate this seemed a reasonable challenge.

I already had a vehicle capable of such a job, the 1988 GMC Sierra 3500 pick-up truck Tim Cahill and I drove from Tierra del Fuego, Argentina to Prudhoe Bay, Alaska in 24 days with which we set a Guinness World Record. The Sierra had been set up with an auxiliary fuel tank so we could hightail it through South American bandito country with minimal fuel stops.

Pledging to drive 3,350 kilometres around Great Britain without refueling… what was I thinking?

Considering its overall fuel capacity of about 500 litres, I figured the four-ton rig would be able to complete the 3,350-kilometre loop of Great Britain without refuelling. The 4-wheel drive system and extended cab were handicaps, but I figured the 6.2-litre diesel engine and its four-speed manual transmission would do the trick.

In London, a few days before the encounter with the Glaswegian cabbie, a scrutineer from the Royal Automobile Club sealed the fuel system by applying a special paint to certain joints, valves, hoses, pump mounts and fuel filter brackets.

I planned a direct escape route from London on a beautiful, clear day with the luxury of a slight tail wind; no puddles or slushy roads to increase the rolling resistance. I could feel the weight of the extra fuel in the ride, throttle response, and braking effort. However, the big V8 diesel sipped at all that fuel like a seasoned miser.

I felt like I could get to Pakistan without stopping.

That night at the First and Last Inn in Land’s End, I celebrated over a few pints, convinced that getting up to John O’Groats and back to London without refuelling, a mere 2,700 kilometres further, would be a piece of cake. 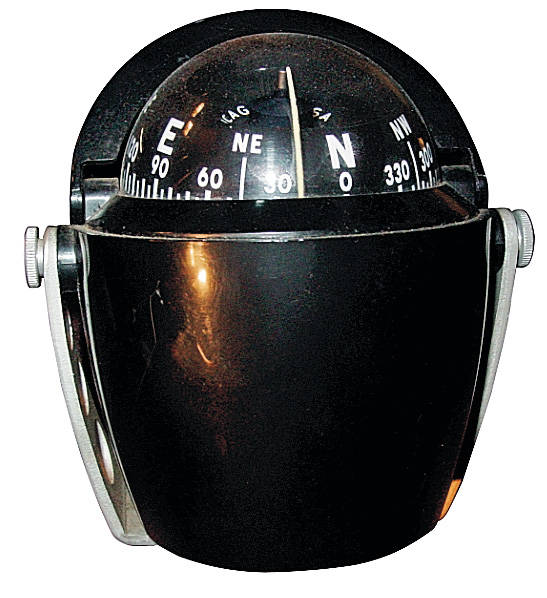 I was contemplating British road signs when I first noticed the truck veering a bit to the right.

Over the next couple of hours, while laughing about Get In lanes, Dead Slow areas and Way Out zones, I noticed the flags in front of roadside service centres were starting to look more like sheets of painted plywood bolted to poles. The north wind was picking up.

Dark clouds filled the sky. Sheets of blowing rain pelted the windscreen. With Birmingham just ahead, and Waylon Jennings on the tape deck wailing about his heroes having always been cowboys, an incredible paranoia unfolded in my mind.

“Isn’t driving 100 kilometres-an-hour into a 80-km/h head wind really like driving 180? How much momentum are these raindrops robbing me of? And what about the impetus lost when a mosquito or a fly, or a bumble bee splatters against the front bumper?” 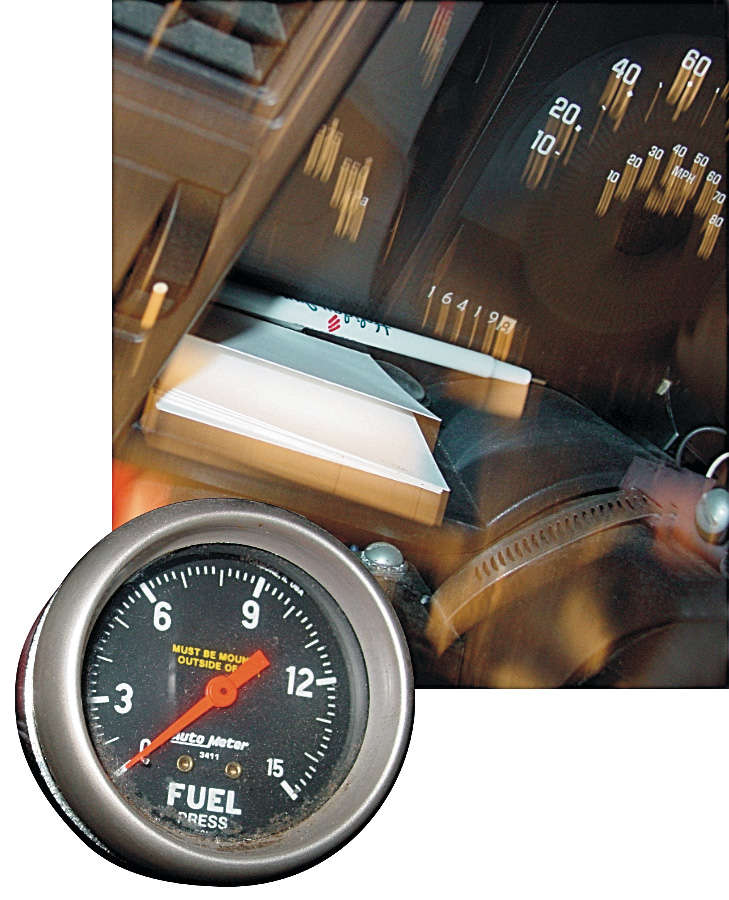 I stopped for the night in Preston.

In the morning, calm winds prevailed. By noon, the plywood signs were back up the flagpoles as another gale raged from the north. I hated those flags.

Not for what they symbolized, but because they were visible proof of the wind robbing me of fuel, mocking my attempt to conquer the United Kingdom without breaking the seals.

I loathed those seals on the fuel tanks.

I headed for the BBC for an en route interview and took the wrong exit on a ‘round-a-bout on the outskirts of Glasgow, then found myself face-to-face with the disgruntled cabbie.

What would I say during the live interview on national BBC radio? 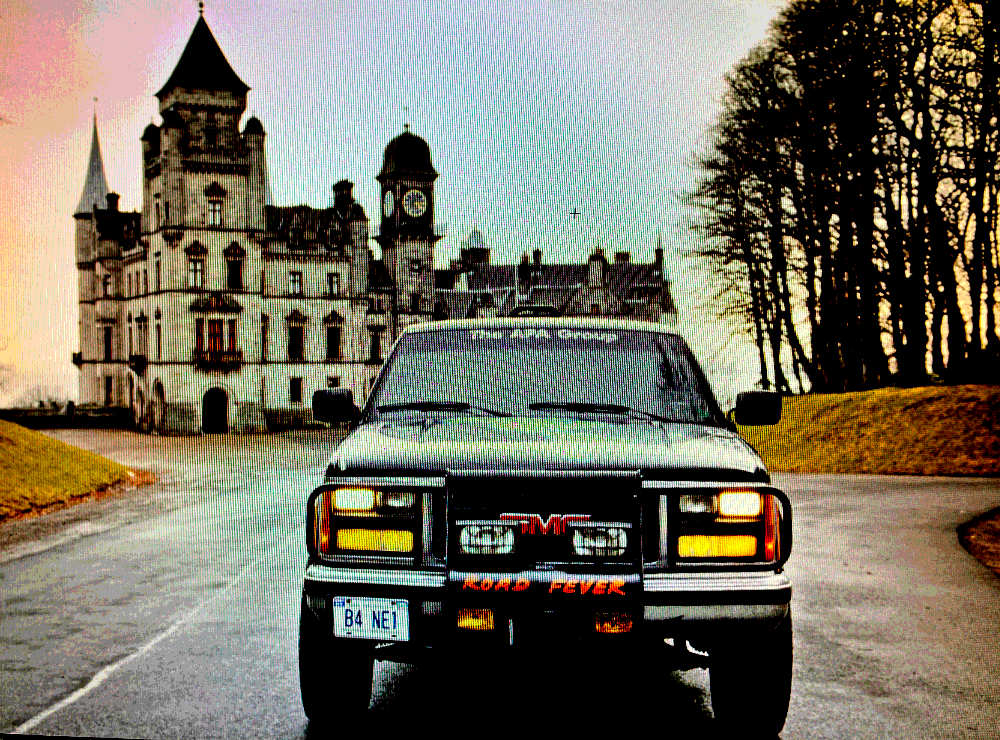