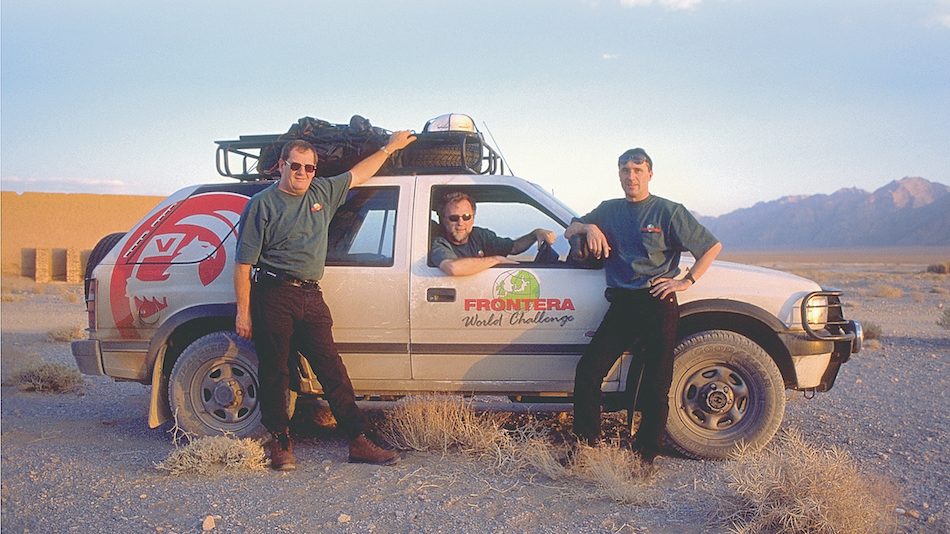 All the way through Pakistan’s Sandy Desert, I thought about my three young daughters, Lucy, Natalie and Layla, back home in Nova Scotia. But I also couldn’t erase the visual of Graham McGaw’s two children, Vikki, 7, and Andrew, 4, hugging their daddy goodbye at the start line back in London of our attempt to set a new Guinness world record for driving around the world. I kept seeing their skinny, outstretched arms reaching for one more embrace before we headed off.

I envisioned that scene many times… when an ominous speck on the horizon grew into an approaching vehicle, when we detoured around blasted-out bridges.

It took three days to get through Pakistan to New Delhi, India. On the second day, the road was so rough it took 17 hours to cover just 600 kilometres.

Then it was floods in Multan, bribes to get us out of Pakistan and an 11-hour night drive along India’s Grand Trunk Road that would have made anyone’s hair stand on end. 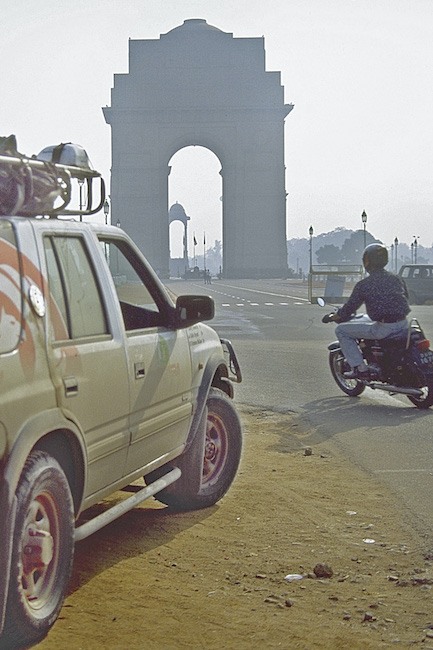 We arrived in New Delhi at three in the morning, maneuvering through a smoggy, ragged fog.

The 2,300-kilometre drive from New Delhi to Chennai (formerly Madras), on the Bay of Bengal in southeast India, was tough. Colin woke up sick in New Delhi and got progressively worse. South of Agra, home of the wondrous Taj Mahal, navigating got complicated. Most of the road signs were in the local script so we couldn’t decipher the alphabet, let alone the words. At one point, a crowd surrounded the car, some banging on the windows with their fists.

The road eventually deteriorated into one lane of pot-holed asphalt. Towns and villages were in festival mode, jammed with creeping trucks carrying huge papier mâché statues of the ten-armed warrior goddess, Durga. Since Durga had the main roads blocked, we had to find alternate routing through back streets, even backyards.

As we worked our way south, we saw people dumping likenesses of the multi-limbed deity into lakes and rivers. 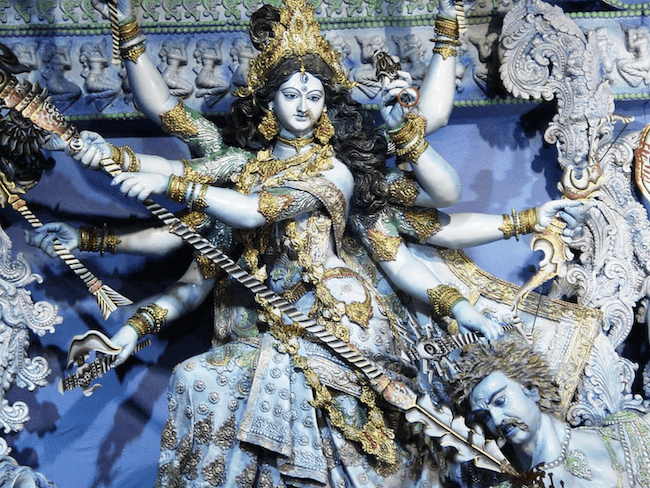 We drove all the next day and into the night along roads choked with chaotic traffic. A car once in a while, but mostly trucks, big grotesque ones. Some had one light, some had none. Few had all their lights functioning, but any truck with lights used high beams, searing our bloodshot eyes.

It had been 36 hours since we left New Delhi and Colin’s condition had degenerated. It was very quiet in the backseat where he was laid out except for a guttural moan whenever Graham or I hit a pothole. 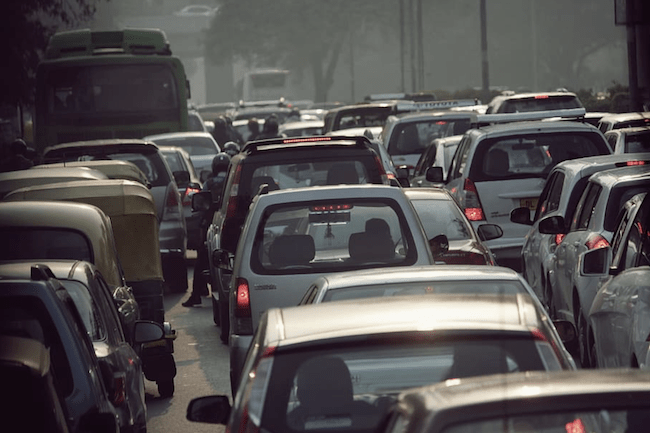 We finally reached Chennai 11 days, 21 hours and 25 minutes after leaving London… five minutes ahead of our self-imposed schedule.

We were tired, filthy and Colin was a mess, but we were ecstatic to have reached the end of the first leg in our bid to drive around the world.

For the next two days, Graham checked over the Frontera, Colin recovered at the hotel and I dealt with the Indian bureaucracy. It was rubber-stamp madness as a shipping agent paraded me and a mountain of blurry documents around the port of Chennai. The place looked more like a landfill operation than a major international shipping centre.

When word got around about the countries through which we had driven, the directors of both the Customs and Security departments got involved.

With our papers in order, I drove the Frontera into a well-used six-metre-long container. A giant forklift loaded the container onto a flatbed truck for transport across the port to the ship. In three weeks, our truck would be in Perth, on Australia’s west coast.

Black clouds had filled the sky while craggy forks of lightening danced along the horizon. The humidity was outrageous.

“You were lucky to get to Chennai when you did, Mister Garry,” the Customs official warned.

“Why’s that?” I choked. Billowing dust made it hard to breath.

“Monsoons — they’re late this year.” He pulled a wax customs seal out of his pocket. “If they had been on time, you would never have gotten through central India.”

Then, as he clamped the seal on the container door, the sky opened. The monsoons were upon us. 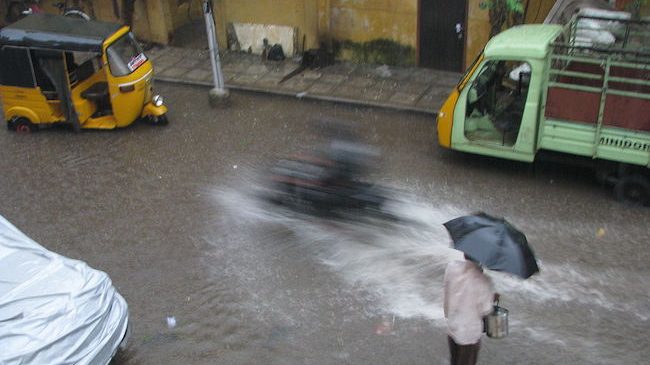