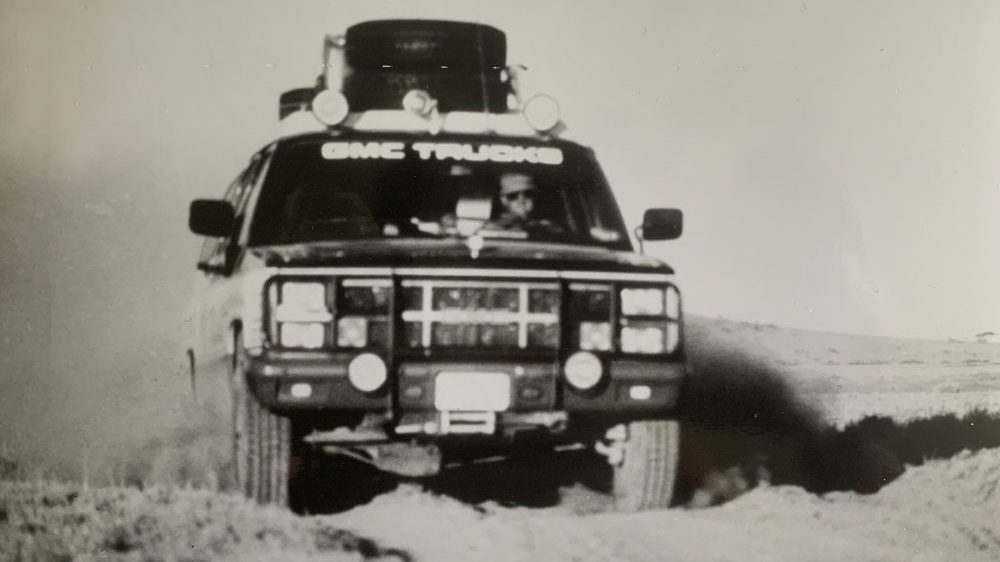 *Text and photos by Garry Sowerby

When you’ve owned a vehicle for more than 37 years, it feels like family.

When it’s one in which you’ve had the biggest scare in your life, driven your first born home from the hospital, a vehicle that saved your business, has been the focus of thousands of newspaper, television and radio reports, has hung around museums, storage bunkers and driveways for almost four decades, it is family.

I’m talking about the 1984 GMC Suburban that was given to our company by the GMC Truck Division of General Motors in Detroit. All we had to do was set a new speed record with it.

Thus was born the Africa-Arctic Challenge in which my business partner, Ken Langley, and I would drive from the most southerly tip of South Africa to the most northerly tip of Europe in North Cape, Norway.

The plan was to make enough money from the escapade, through advertising royalties from sponsors, to extract us from the $120,000 debt that racing a Volvo around the world four years earlier had bestowed upon us. 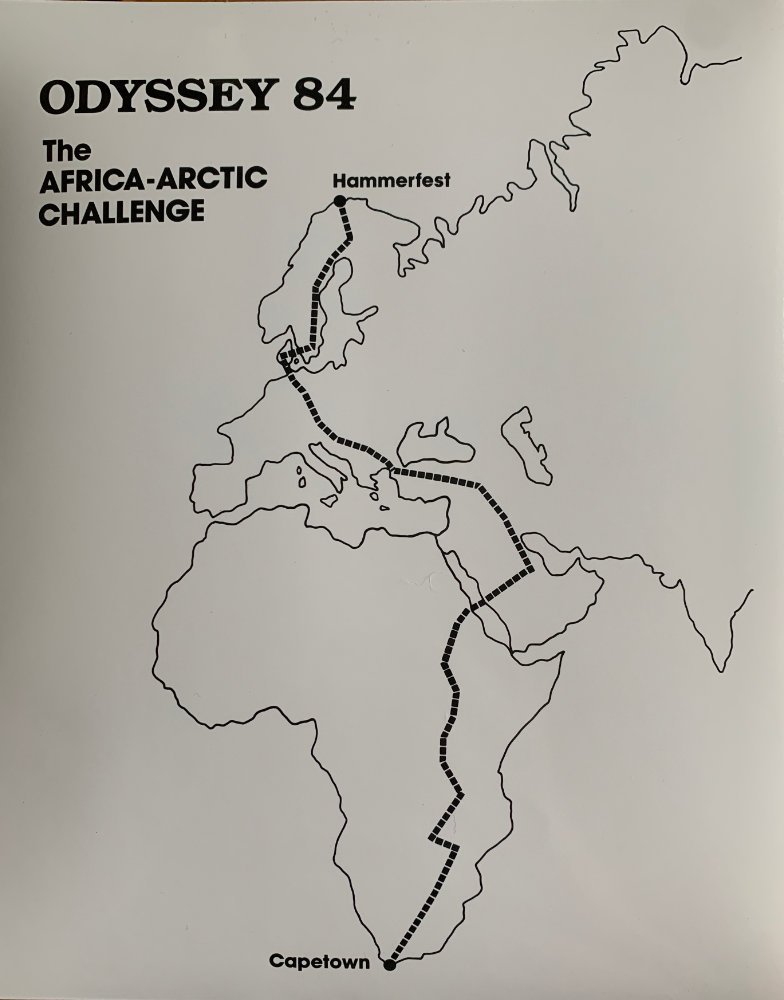 The Africa-Arctic Challenge was a bold and reckless entrepreneurial gamble that actually worked.

Before taking possession of the 6.2-litre V-8 Detroit Diesel-powered 2500 Suburban (In pre-GMC Yukon days, Suburbans were badged GMC as well as Chevrolet), the truck was sent to Cars and Concepts in Nova, Michigan where it received a $60,000 upfit.

At the time, in 1983, that was more than twice the value of the truck.

The automatic transmission was replaced with a four-speed, heavy-duty manual since it didn’t seem right to drive through Africa with an automatic.

The driveshaft, rear differential and springs were replaced with a 11/4-ton assembly and the interior was gutted and rebuilt with two bunks, Recaro racing seats, additional lighting, state of the art communications that rarely worked and a fuel flow calculator.

It had an air horn from a transport truck to keep the guinea foul out of our grill. There was a porta-pottie under the left bunk and we could cook curried beef on the propane-fuelled stove while blasting across the plains of the Serengeti.

In 1984, there were no laptop computers, internet, cell phones or even fax machines. Being ‘on the road’ was just that. On the road.

After driving the GMC Suburban from Detroit to Halifax in late 1983 as a break-in run, its first real expedition was on Christmas morning when I drove my first daughter, Lucy, home from the hospital.  I strapped her car seat into the passenger-side Recaro seat with the 5-point racing harness and drift-hopped home.

The truck felt like it could handle anything, a Panzer tank. So we called it Lucy Panzer.  The name has stuck for more than 37 years.

The Suburban earned a spot in the Guinness Book of Records in early 1984 when Ken and I drove it from Cape Agulhas, South Africa to North Cape, Norway, in 28 days, 13 hours and 10 minutes.

The roads in Africa were horrible, rough and potholed, when paved, and washboard when not.

The adventure featured an ambush by bandits in Kenya’s Kaisut Desert and a dicey transit across the Red Sea from Djibouti to Jizan, Saudi Arabia aboard a 40-foot wooden sailboat. We drove through the 1984 version of the Iran-Iraq war as we pounded the Suburban through the 28-day time-is-the-enemy trek from the bottom to the top of the world.

The truck survived the 12,531-mile (20,050-km) route with nothing more than a change of tires, shocks and brakes at a pit stop in Saudi Arabia. There were nine bullet holes along the right side from the ambush in Kenya.

Lucy Panzer has been sitting around a lot for almost four decades. She still sports the flashy Africa-Arctic Challenge livery and a forest of antennae on the roof connected to obsolete communication systems.

These days it is on display at the Maritime Motorsport Hall of Fame Museum in Petitcodiac where, if vehicles could talk, it would have a few road trip stories to share.