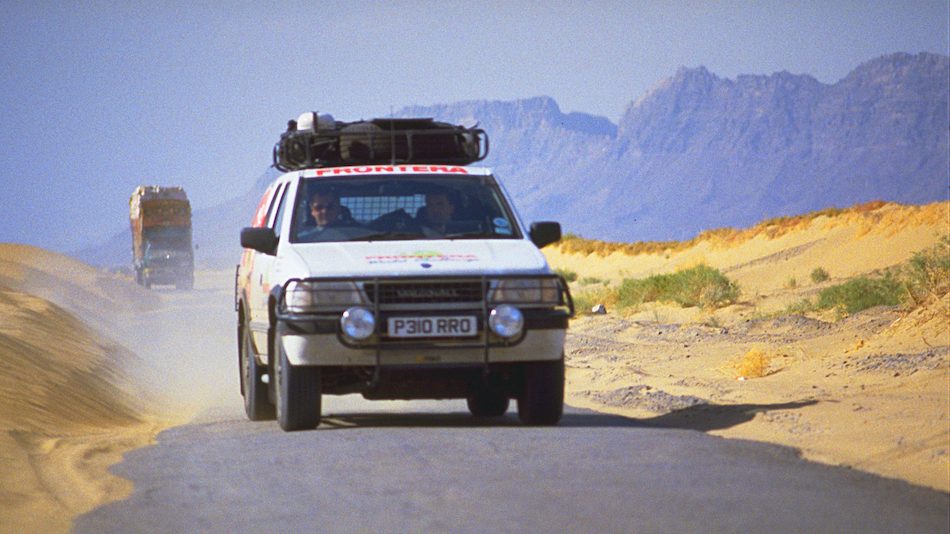 “What kind of weapons are you carrying?”

It was the question I didn’t want to hear. The matter-of-fact way in which Ahmad Homayouni asked made me feel even worse. His relatives, all gathered around the table at his cousin’s home in Kerman, Iran, stared at me in anticipation.

“Well, we don’t have any weapons,” I replied. I didn’t like where this was headed.

It seemed like an eternity but for the next fifteen seconds, there was silence in this immense house with a garden in the living room. The half-dozen Iranians thought I was crazy to be heading out unarmed on the desolate 600-kilometre road through Pakistan’s Sandy Desert, paralleling the Afghanistan border.

The ensuing conversation confirmed my suspicions about security in West Pakistan.

It was October 1997. Ahmad and his family explained that the area we were about to drive through was rife with smugglers moving three-cent-a-gallon Iranian gasoline into Pakistan.

It was a region where tons of the world’s opium and hashish start the journey to western markets and where gun runners arming Afghani rebels surfaced from time to time.

To make matters worse, I was assured the transportation of choice for many of these operatives was four-wheel drive sport utility vehicles. I eyed our grimy four-wheel drive Vauxhall Frontera turbo-diesel out front in the driveway. It looked like a sitting duck with the spare tires and satellite communications antennae mounted on the roof. 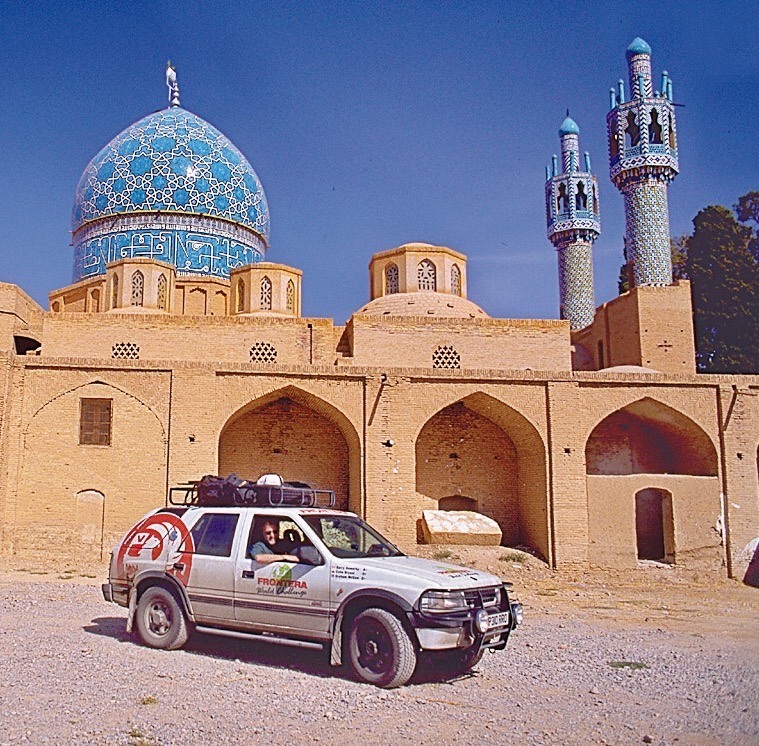 In the fading desert light, I could just make out the logo on its front door, Frontera World Challenge. A muezzin chant from the mosque down the street filled the air. The heat was stifling. I was exhausted.

My partners, Welshman Colin Bryant and Scottish-born Graham McGaw, were down the street at the Kerman Grand Hotel. They were trying to overcome a technical glitch in our procedure for uploading digital images to our office in Canada and the press centre in London, England.

Colin, a retired police officer who spent much of his career driving British heads of state around Wales, was among the best drivers I’ve ever been with in a car. Witty and charming, focused and stubborn, he had already wrestled our overloaded Frontera through many dicey traffic situations.

Graham knew every nut and bolt in our vehicle. He worked as an engineer at the plant where the Frontera was manufactured in Luton, England. His natural curiosity, coupled with plenty of experience with everything from motorcycles to eighteen wheelers, made him ideal for the team.

Since leaving England, we had driven pretty well non-stop. Western Europe was straightforward. Aside from a two-hour traffic jam in Vienna and torrential downpours in Serbia, the 38-hour drive to Sofia, Bulgaria was a good warm-up. Then it was pea-soup fog through the mountains of central Turkey and temperatures of up to 42° Celsius in the desert areas southeast of Tehran.

The rules for the around-the-world driving record we were attempting stipulated Colin, Graham and I had to drive at least 29,000 kilometres.

Backtracking was not allowed and at least two of us had to finish. The route had to pass through two antipodal points – places on Earth that are diametrically opposed to one another. Our antipodals were Gisborne, New Zealand and Sagunto, a town just outside Valencia, Spain.

The clock ran during the continental transits only. Turn it on in London. Turn it off in Chennai, India. On in Perth, Australia. Off in Sydney and so on. So with five stages, the attempt became five record runs with breathers in between where we transformed ourselves into logisticians, documenters and administrators.

And finally the big ugly. No speeding. Get caught speeding and it’s over in the eyes of Guinness Superlatives, who were sanctioning the attempt. There were a thousand things that could have ended the challenge, but the idea of disqualification for a speeding ticket didn’t excite any of us. Since the only way to guarantee one didn’t get a ticket was not to speed, we didn’t. It wasn’t that bad. It kept the stress down and we still managed to cover amazing distances every day.

But Afghanistan was in turmoil only a stone’s throw from where we would be driving. Chaos waited on the Pakistani side of the Iran/Pakistan border which didn’t help our levels of apprehension.

Things would be different now.