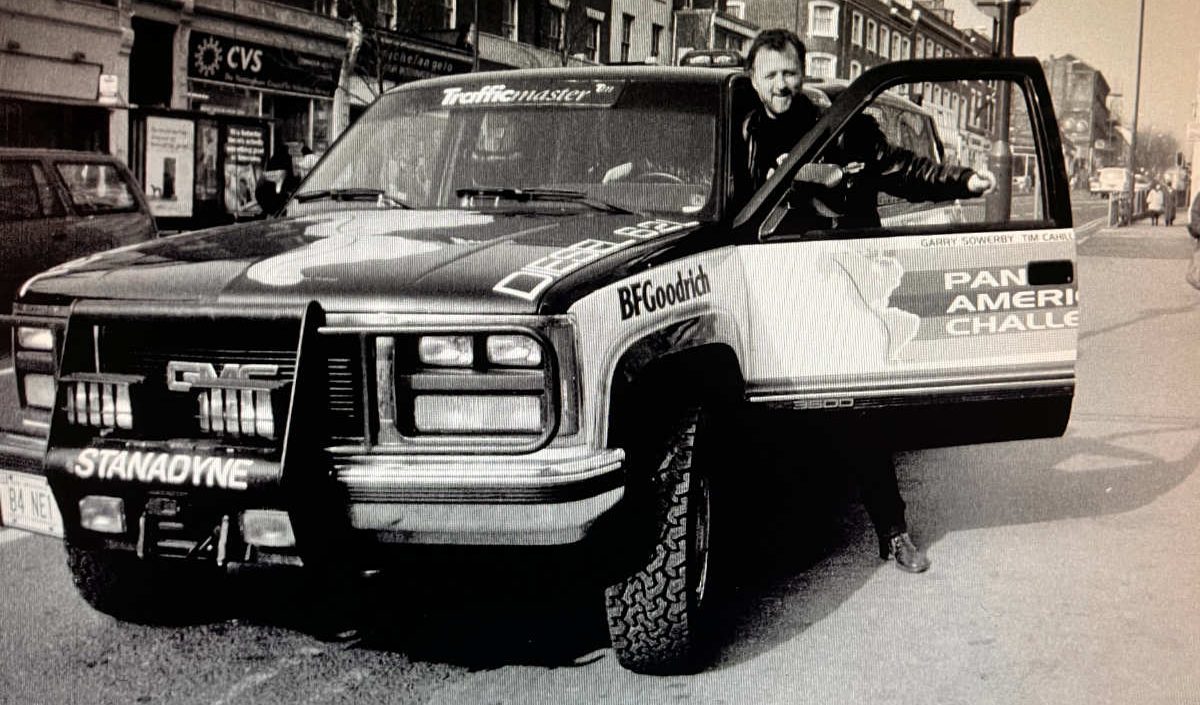 The Winds of Chance: Around Britain without refueling – Part 2

“So you have had quite a history on the road setting all of these driving records,” the cheerful BBC Radio host directed his questions enthusiastically. “And now you are here in Glasgow doing what?”

I tried to sound keen about my attempt to drive from London to Land’s End to John O’Groats and back to London without refueling, pontificating fuel economy theories with a confidence I didn’t feel.

“And what about this pick-up lorry, or truck, you are making the attempt in?”

I started to squirm.

“Well, exactly how much fuel do you think you’ll have when you get back to London?” His sincerity sickened me. My stomach churned. I couldn’t take any more.

“I pushed it too hard into head winds and got lost a couple of times. I’m not halfway and have burned over half my fuel.” The rambling confession to all of Scotland helped me relax a little.

I slumped in my seat as he urged me not to give up, then switched on Willie Nelson’s On the Road Again.

“Forget the Loch Ness route,” he advised. “Go northeast via Stirling and Perth. It’s a few miles shorter and a lot flatter.”

The rush hour traffic was building as Glasgow faded in the rear view mirrors.

I held the engine speed at 1,950 RPMs, peak torque for optimum fuel economy. The speedometer was steady at 90 kilometres per hour rolling along with the commuters. Snow and calm winds were predicted for the next day in the Highlands ahead. 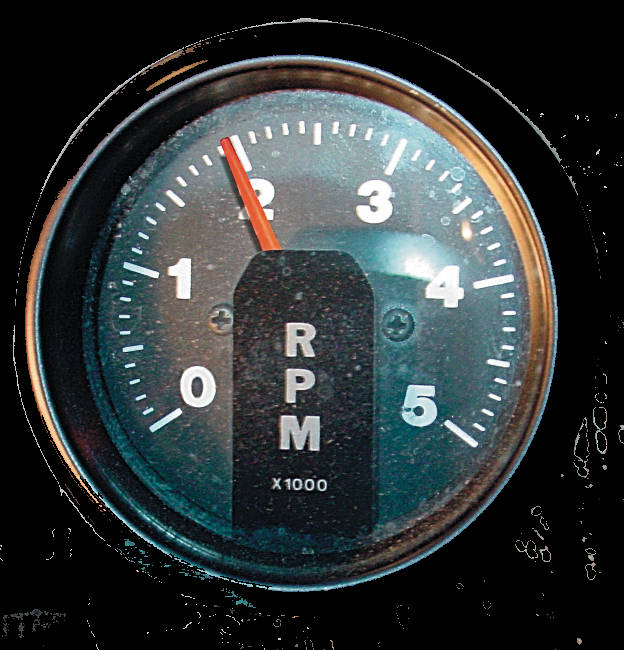 That evening I checked into a small hotel right beside the road. The furnace was broken, but I didn’t want to waste fuel looking around for another place to stay. It was a cold night in there, racking my brain over economical driving techniques.

At breakfast the next morning, my mind was racing again. “I need restaurants right beside the road,” I thought. “No routing mistakes. Keep the speed down.”

“Er, excuse me, mate, but aren’t you the chap trying to get ‘round Great Britain without refueling?”

His eyes twinkled as he polished off his eggs and blood pudding at the next table. “Heard you on the BBC yesterday.”

Duke Windsor knew the roads of Scotland like the back of his hand and drew short cuts on my map and pointed out the level routes.

I headed north in the direction of Inverness through rolling hills, past abandoned castles, and over rambling streams stopping for lunch at a small roadside cafe overlooking the shimmering Dornoch Firth.

“Hey, you’re that Canadian running out of petrol!” the waitress exclaimed. She was sure I’d make it.

So were the construction workers widening the road on a series of hair-pin turns just south of John O’Groats. A sea of thumbs shot up as I passed, along with rousing cheers.

There’s not much at John O’Groats – or at least not in 1992 – a hotel out on a barren windswept point with a couple of quaint shops nearby. There’s a post office whose charming postmaster stamped the logbook.

“You’ll make ‘er,” he said with a smile, as he carefully centred the postmark in the trip log.

It seemed that everyone had heard my flaky interview on the BBC.

Back in the truck, the cab cooled quickly while I did a few calculations and estimations. I concluded I would run out of fuel about 150 miles short of London – 650 miles to the south. 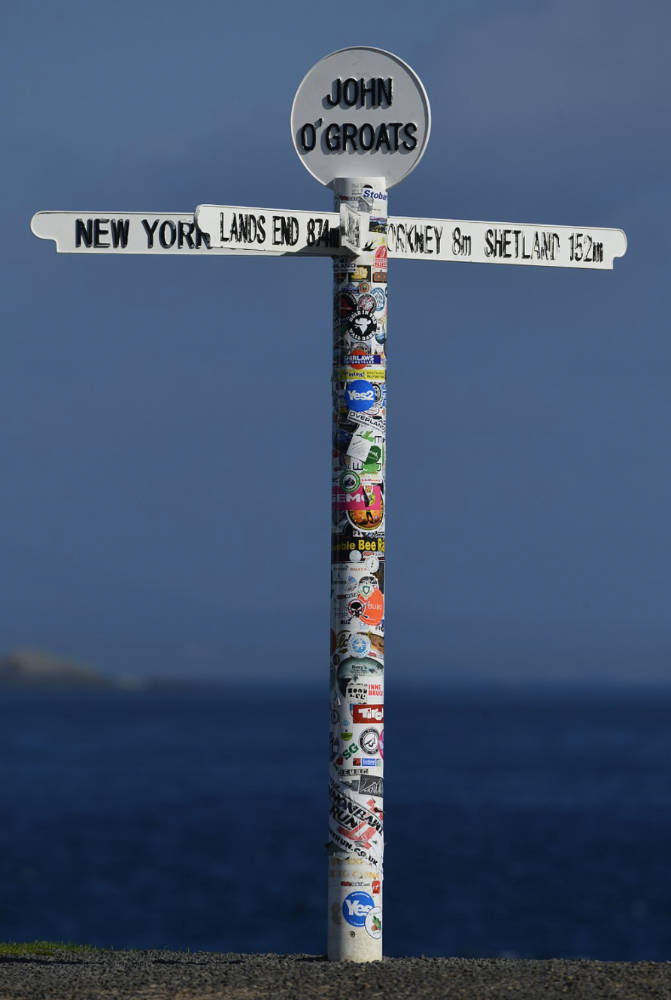 I checked into the hotel and, after freshening up, decided to contact Weathercall, a British weather advisory service. I couldn’t believe my luck. A 40-knot wind from the northwest was forecast, with gusts of up to 70!

“I’m not moving until that wind gets here,” I gloated.

The next morning I found a note tucked under the windshield wiper. Hope you make it. It was signed Cynthia, whoever she was.

The flag in front of the hotel hung like wet laundry as I headed south for Inverness. Fluffy snowflakes settled on large, hairy cows that stood motionless in nearby pastures. I feather-footed the throttle through the Highlands. The winds stayed calm, and so did I.

Just after noon while crossing the bridge into Inverness, I noticed a promising chop on Moray Firth. Further south the tail wind picked up even more. Direction signs drifted past my periphery… Perth 20 miles, Stirling next right, keep left for Dumfries.

My foot was barely touching the throttle.

The speedometer was pegged at 100 km/h as the dual carriageway carried me past towns unseen – Carlisle, Preston, Birmingham.

A road sign indicated London was only 140 miles ahead. The auxiliary tank was empty and main tank registered just under a quarter tank. The needle soon disappeared into the dashboard, yet that diesel engine still purred a fuel-stingy tune as I wound through the outskirts of London.

Approaching the finish line at Marble Arch, I couldn’t resist pushing the throttle to the floor a couple of times.

“That’s for my stiff knee!” I shouted. “And this is for freezing in that hotel!”

Representatives of the Royal Automobile Club were on hand to verify that the seals were still intact.  I had driven 3,061.8 kilometres over the five-day eco-cruise and had averaged 12.1 litres/100 km.

Looking back all these years later, the adventure had been an exercise in self-imposed stress.

But with all the planning, the dedication to economical driving techniques, the scheming and the worry, in the end I was saved by what had started out as my biggest enemy – The Wind.