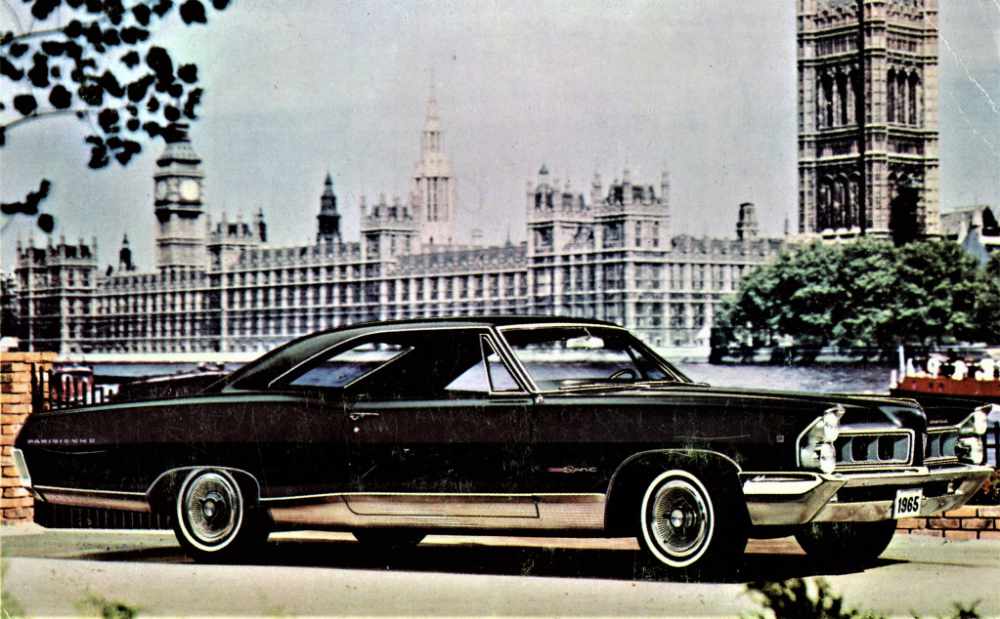 Being a first-generation Canadian, I’ve always felt proud of my country and fortunate to have been born here. It’s impossible to imagine what life would have been like if my parents had stayed in Italy and I had grown up there.

My then-23-year-old father’s determination to come here in the mid-1960s, chasing the Canadian Dream, undoubtedly had to do with the allure of better jobs and living conditions, more stable political situations, general safety and, of course, wide-open spaces.

Driving in Canada must have seemed like a walk in the park to my parents, who had grown up in the cacophonous city of Rome, where the boisterous driving experience made heart rate levels and adrenaline soar to dangerous heights.

As a kid, I always believed the cars Dad bought were Canadian

I don’t remember the first vehicle that Mom and Dad bought when they first arrived in Toronto, but I always believed it was purely Canadian. Dad says it was a 1956 Chevrolet with holes in the floor near the pedals where snow and slush would seep through in the winter. Sounds Canadian to me!

Alas, most of the vehicles on the roads at the time were American. But there were some models that were ‘sort-of’ Canadian.

Like the Pontiac Parisienne. Built on a Chevrolet platform, the Parisienne was the top of the line model in Canadian Pontiac showrooms and although it shared many amenities with the Impala, the Parisienne had more luxurious upholstery and interior features and more chrome on the outside.

Other ‘Canada-only’ versions of Pontiacs included the Laurentian and the Strato Chief, a name husband Garry claims is the ‘best car name ever’ and never fails to roar it out in a big, booming voice. He also informs me it was the base model and would have been a ‘flour salesman’s car’.

The idea of a Canadian car is fascinating.

A wonderful exhibit at the Canada Science and Technology Museum in Ottawa is dedicated to finding this elusive creature.

The timeline for the exhibit (now online only at this link: http://www.canadiancar.technomuses.ca/eng/) goes way back to the 1800s and showcases a vehicle designed by Québec jeweller and clock maker, Henry Seth Taylor, from Stanstead. It was a steam buggy that took five years to design, two years to build. After it crashed at a public event, Taylor left the automobile production business for good.

Dixon Carriage Works of Toronto was commissioned by William Still and Frederick B. Featherstonhaugh, a lawyer and socialite, to build the first electric vehicle, a two-seater that weighed 317 kilograms (700-lb.). The battery and motor, designed by Still, propelled the little runabout to speeds up to 25 km/h.

The Bricklin: Built in Canada – a mix of Chrysler, Chevrolet, Datsun, Opel, with a pinch of Toyota and a dash of DeTomaso Pantera

One can’t discuss the Canadian Car without mentioning the Bricklin. Paid for largely by Canadian tax dollars, Bricklin Motors, founded in 1974 by American millionaire Malcolm Bricklin, assembled 2,854 of the gull-winged vehicles in Saint John, New Brunswick, of all places.

The Bricklin was supposed to be ultra-safe and fast but safety issues and the ‘clunkiness’ of the Bricklin SV-1 caused it to ultimately fail after two years.

Of course, Canadians love an underdog and the vehicle was commemorated in 1996 with a Canada Post Bricklin stamp and again in 2003 with a $20 sterling coin from the Canadian Mint.

Do you remember the Monarch Richelieu, a variant of the Mercury Monterery, sold only in Canada? Don’t feel bad if you don’t.

Ford tapped into the unique Canadian market, which had a hankering for smaller, more economical vehicles than Americans, with its Mercury Meteor brand. The models had oh-so-Canadian names like Montcalm, Rideau and Niagara.

Garry recalls his dad buying a ’61 Mercury Monterey. A little sticker in the rear window, left by the previous owner, read ‘Richelieu’. Garry, a gullible 11-year-old, was told by his older brother, Bruce, that the sticker meant the Monterey had a Richelieu engine.

Of course, in no time, the eager-beaver 11-year-old and twin Larry had spread the word all over town about the ‘special Canadian engine’ in their new family car, not realizing the ‘Richelieu’ sticker was from the curling club in the next town.

We lived for a while in Europe just before I reached my teenage years. Upon our return to Canada, Mom finally learned to drive and bought a Pontiac Acadian.

Was it Canadian? You betcha.

It wasn’t the sporty model you’re probably thinking of, though, the one sold in Canada between 1962 and 1971, whose mid-priced and top-line versions had cool names like Invader and Beaumont.

No, our Acadian, on which I learned to drive, was the lovely mid-1980s, two-door hatchback version of the Chevrolet Chevette. I loved that car. Somehow, I hated it, too.

My favourite Canadian car (and I’m not just saying this because it belongs to my husband) is a certain 1980 Volvo 245 DL wagon.

Built in Halifax Nova Scotia, Garry and his first business partner, Ken Langley, drove that Volvo, dubbed Red Cloud, from the base of the then-new CN Tower, around the world and onto the front cover of the Guinness Book of Records (ed. 1984). The record-breaking around-the-world voyage was sponsored in part by the Toronto Sun newspaper and Canadian Tire.

A car built in Canada, driven around the world by two Maritimers? You can’t get much more Canadian than that, eh? 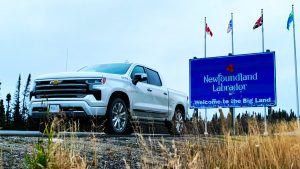 Lab Work: Across The Big Land in a Chevrolet Silverado 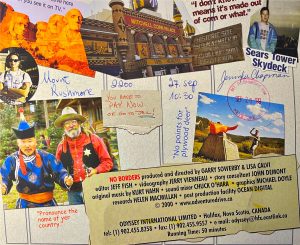