Testers Abroad: A Case of Mistaken Identity in Ethiopia

Moyale, Kenya. April 10, 1984… Even though I grew up with an identical twin, the most memorable incident of mistaken identity I’ve ever been involved in happened in Ethiopia, of all places. The incident had nothing to do with my clone, Larry.

My then-business partner, Ken Langley, and I were attempting to set a new speed record from the most southern point of Africa to the top of Europe at North Cape, Norway in the spring of 1984.

The exercise was a go-for-broke attempt to provide a marketable testimonial for our sponsors’ products that would pay off a lingering debt from an around-the-world boondoggle in 1980 that almost put us into debtors’ prison.

After a harrowing, bandit-infested, bullet-riddled run through northern Kenya, we were met at the Ethiopian border town of Moyale by Tim Cat, an employee of the Ethiopian Tourism Commission.

The gateway into southern Ethiopia, at the foot of the ominous Ethiopian Highlands, had once been a thriving border village.

When the pro-Soviet style military government, led by Mengistu Haile Miriam, toppled the Solomonic dynasty and Emperor Haile Selassie 10 years earlier in 1974, relations with Kenya deteriorated and the border was closed.

Sensitive diplomatic maneuvering had convinced the Ethiopian government to let us enter the country by road at Moyale if we agreed to participate in a press conference in Addis Ababa, the capital city.

Our role in front of the media would be to extol the virtues of vacationing in Ethiopia, no easy task in the middle of the worst famine to hit the country in a hundred years.

As part of the deal, we agreed to hire a tourism official who would travel with us for the entire Ethiopian leg of the trip.

I liked the idea of a local on board and Tim Cat, who seemed to have friends everywhere, turned out to be a valuable asset as we made our way across the parched country.

The thousand-kilometre drive between the border and Addis Ababa took us through the northern part of the Great Rift Valley.

The military questioned us at every town gate in Ethiopia, especially about the bullet holes in our Suburban

Most towns had gates at their entrances where military people examined our papers while Tim Cat enthusiastically explained what we were up to.

He described how the bullet holes ended up in the side of our GMC Suburban truck and showed off its then-techie amenities.

Although the truck’s seven antennae of varying style and length looked impressive, none of our onboard communication equipment worked in Ethiopia.

Nearing Debre Zeyit (now known by its original name, Bishoftu), south of the capital, we prepared for the usual drill of producing letters of introduction, passports, insurance papers and the Carnet de Passage, a must-have customs document for the Suburban.

A fresh pack of cigarettes was strategically positioned on the dashboard, as usual.

Surprisingly, gates were thrown open and townspeople lined the streets

As we approached, the gate swung open, the guards snapped to attention, saluted and waved us through. Beyond the gates, the masses lined the streets, waving and cheering as we passed. School children, in crisp blue uniforms, excitedly waved Ethiopian flags.

“This is unbelievable!” I exclaimed to Tim Cat, feeling both proud and humbled by the enthusiastic display of emotion from complete strangers.

“I know of nothing of this,” he laughed, waving to the cheering people as we sped by.

We encountered similar activities at other towns before rolling into Addis Ababa for the press conference.

Realizing the ambush story might clash with our objective to promote Ethiopia as a desirable tourist destination, the Suburban was parked against a cement wall, keeping the bullet holes out of sight.

After the conference and a security briefing, we prepared to depart for Djibouti, 800 kilometres away at the southern end of the Red Sea.

Tim Cat eyed me with a mischievous grin.

“Do you know what was going on in those towns with the big receptions for us?”

He had talked to one of his colleagues back at the press conference and could hardly wait to get it out.

“What?” I asked, preoccupied about finding tires to replace the three spares that got us mobile after the shootout in the Kenyan desert.

“The President, Mr. Mengistu, was due to pass through those places around the time we came through. Everyone thought we were the official vehicle and I was him.”

Tim Cat obviously enjoyed having had the chance to impersonate the ultimate officer, without even trying.

He went on to explain that after we passed the masses dispersed, the children returned to school and the gatekeepers went back to scrutinizing travel documents, throwing a wrench into President Mengistu’s propaganda machine.

I’m sure that story is still told in Tim Cat’s family all these years later. 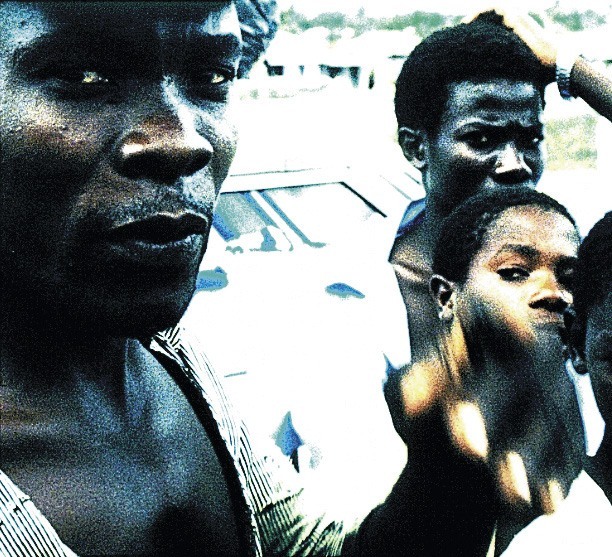