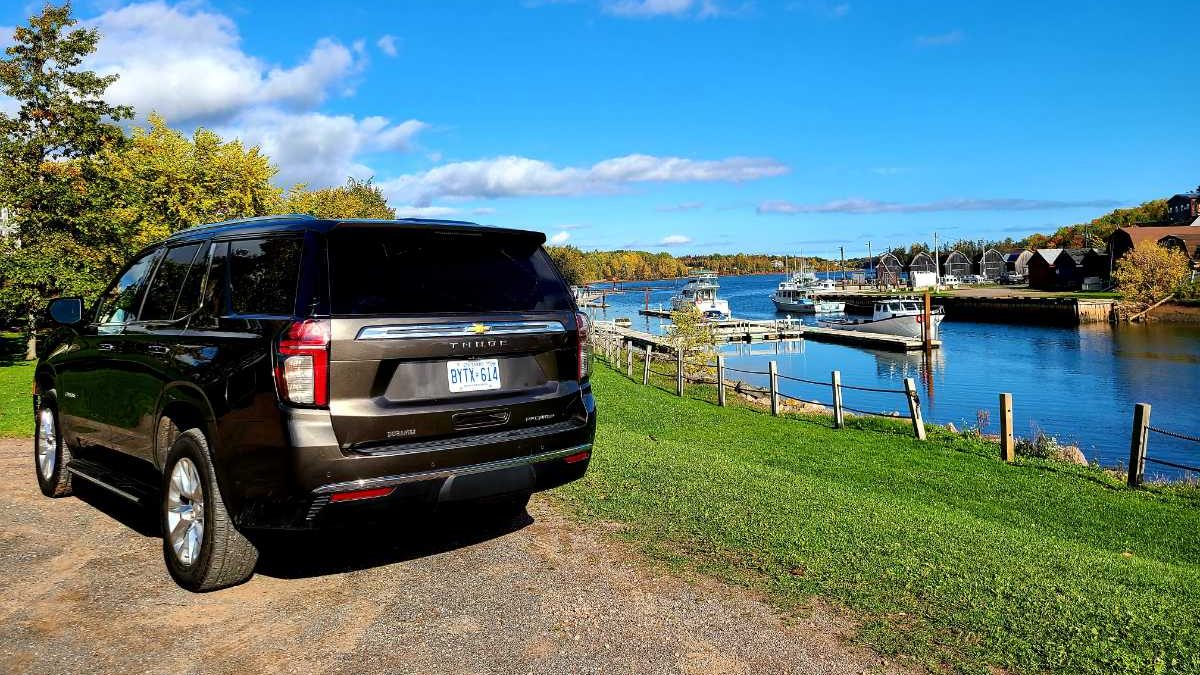 Ferry rides, fuel economy and a full marathon: what a road trip!

I’m really looking forward to a day where I don’t start off each of my articles mentioning COVID-19. However, that day is unfortunately not today.

Wife Liz is a marathon runner and one of her favourites to run is the annual PEI Marathon, one of Canada’s top five qualifiers for the Boston Marathon, on Prince Edward Island.

We both go every year (I play cheerleader, of course) and we usually enjoy the drive over the Confederation Bridge.

There’s no sense in running a marathon in PEI if it turns out you have to self-isolate the whole time, after all.

Rather than cancel altogether, we decided it would be neat to bypass New Brunswick altogether via the Ferry to Prince Edward Island which departs from Caribou, Nova Scotia, in Pictou County. Northumberland Ferries has been plying the Strait since 1941, connecting Islanders and Nova Scotians for 80 years!

Liz and I have both been on the ferry to PEI before, but the last time we did it, we were both kids. This would turn out to be a bit of a nostalgic trip.

Getting us to Caribou for the approximate hour and 40-minute drive from Dartmouth was a Chevrolet Tahoe fitted with the new 3.0 L turbodiesel engine. This gem of an engine is perfect for long-distance driving and I already knew that gas savings would be a-plenty since I had already experienced the engine in a Suburban, where I humbly won a fuel efficiency competition.

That said, I was not going to try nearly as hard as I did during the competition. Fuel efficient driving techniques are great, but they do sometimes require a certain amount of patience and restraint. I just wanted to enjoy the drive.

When we got to the ferry, it became apparent that having a Tahoe was a good thing.

The ferry, the mv Confederation, has two decks for vehicles. Most vehicles are directed to go down below the first deck via a ramp, but larger vehicles are directed to park on the top deck. The mv Confederation was built in 1993 and back then, the SUVs were not massive, like the Tahoe. The ramp is simply is too narrow to accommodate the gigantic vehicles that we now see every day on our roads.

The crew directed us to fit as closely as possible to the vehicle in front of us, a GMC Sierra 2500, but our crewman kept directing me to squeeze more towards the right, hugging the wall. I realized why when four massive 18-wheelers suddenly pulled up right next to us. Yikes!

The ferry ride is about an hour and 20 minutes, but it feels much shorter than that. There’s a decent sized cafeteria along with plenty of seating along with great views. 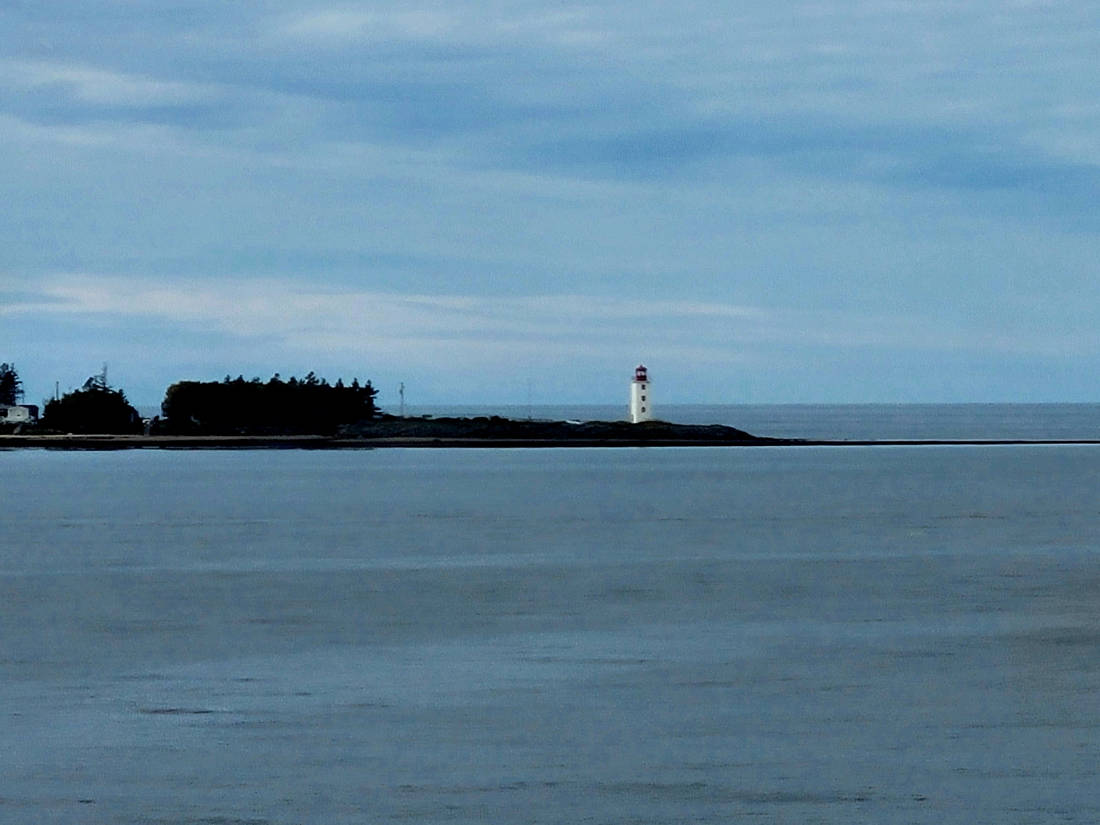 Being on the top deck with the Tahoe has its privileges – we were one of the first to disembark, after those 18-wheelers, of course. As such, we were one of the first to arrive at the mandatory COVID testing centre, which very quickly drew a large queue behind us. No news is good news, they said, so off we went, praying that we didn’t get a phone call (we didn’t in the end).

Playing the tourist before the race

Liz and I enjoy trying different kinds of craft beers, so we stopped at Copper Bottom Brewing and Bogside Brewing where Liz tried a taster flight at each brewery. Being the responsible driver, I bought some cans to enjoy once we got to the hotel room.

Race day meant an early start for Liz and about a four-hour run, so that gave me the opportunity to explore downtown PEI a bit, where lots of quirky shops can be found. Charlottetown is more diverse than you’d think with a variety of Vietnamese, Indian and Thai restaurants.

It started to rain near the end of the race and high winds meant they had to take down the massive finish line banner, but Liz ended up finishing anyway despite the harsh elements.

Naturally, some soreness comes into play when you run 42.2 kilometres, so Liz was especially grateful for the Tahoe’s comfy and highly adjustable seats the next day.

We headed back to Nova Scotia via the ferry, and when we got home, I took at look at the fuel consumption. While we got nowhere near the 6.3 L/100 kms I got in the Suburban, we clocked in at 8.7 L/100 kms – besting its official 9.8 combined rating.

While the size of the Tahoe may limit where you park when it comes to the ferry, it still proved to be one great comfy cruiser. And while you can get it with a tempting 6.2-litre V8, I would have a hard time passing up the diesel.

Drive on the ocean floor with Matthew Guy in the 2021 Chevrolet Tahoe here.