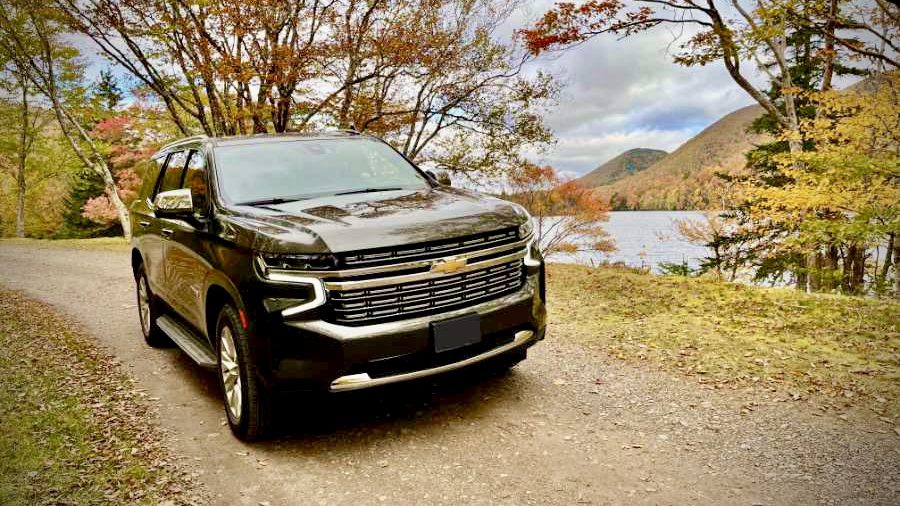 All the ingredients were on hand.

A 2021 Chevy Tahoe Premium tester was in the driveway. Wife Lisa, who hadn’t been on a ‘vacation’ road trip in a while, was keen. We both had a yearning to hit the road on a three-day, two-night road trip within driving distance of our home in Halifax.

A spin around Cape Breton’s Cabot Trail seemed an obvious choice. The autumn leaf spectacle there is among the finest in Canada, so spending a few days in a ‘living rainbow’ would be just the escape we were looking for.

With the pandemic still on the go, we would keep to ourselves. Between that and tourist season winding down, the trek obviously wouldn’t be one of fellowship and meeting new people.

But what about good old-fashioned romance? We would simply enjoy the drive and not get wound up because most of the tourist activities have closed for the season.

The Chevy Tahoe was the right ride. Spacious and comfortable with a fuel stingy 3.0-litre six-cylinder Duramax turbo-diesel, the trek around the trail would be a good work-out for its all-new independent rear suspension. 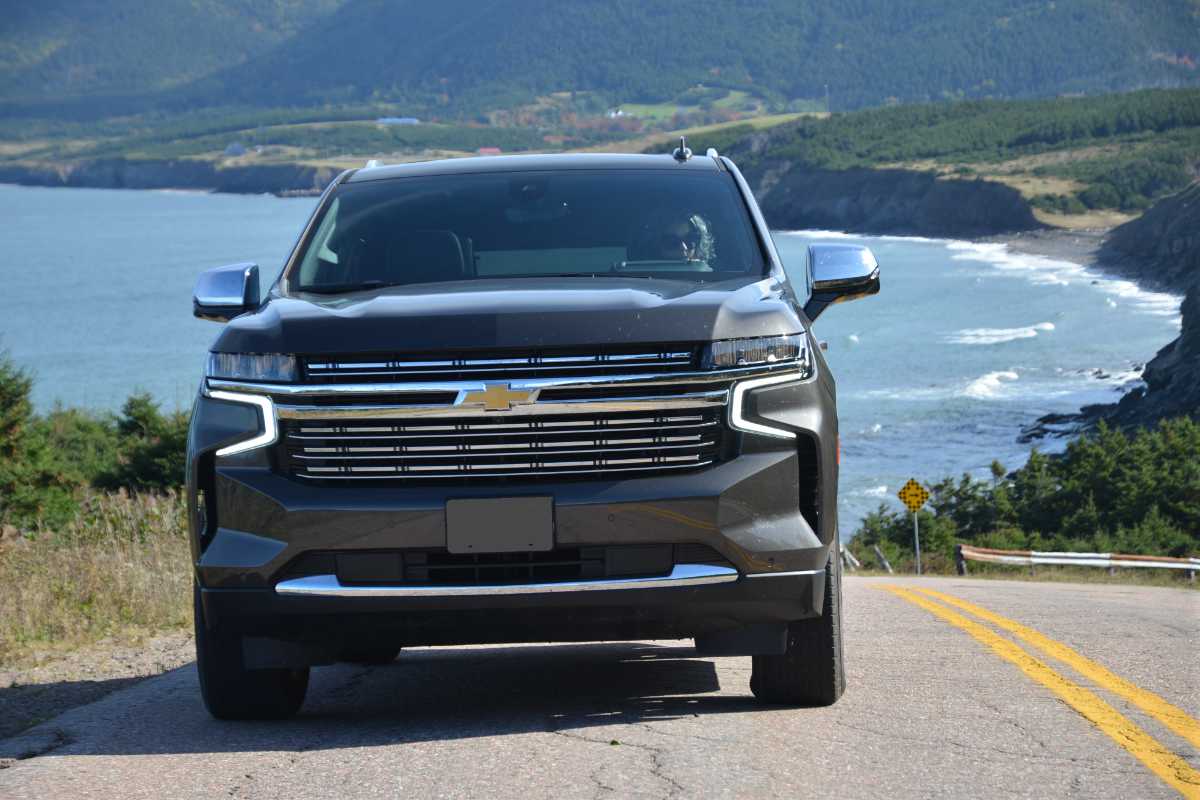 Of course, when driving something as big and versatile as a Tahoe, packing becomes much easier. No more wondering what to bring because you can bring it all, even a refrigerator.

Before leaving I spent a half hour meticulously cleaning the windows because cruising Cape Breton this time of year is all about eye candy – Celtic Colours candy that is.

I’ve been around the Cabot Trail a few times, the first as a young boy with my parents in their new 1957 Pontiac Laurentian. The Cabot Trail was legendary in Moncton at the time and the few people we knew who had done it claimed it was this big unforgettable thing.

Dirt and gravel, torrential rain and a soaked tent to sleep in, my mother still recalls it was the worst trip of her life. There were few guard rails back then to keep cars from careening off a cliff. The mountains were the highest I had ever seen.

That muddy adventure was a milepost in my life of road tripping.

Lisa booked the first night at Seascape Coastal Retreat, an ‘adults-only’ group of cabins in Ingonish.

Ingonish is considered the beginning of the Cabot Trail so the 440-kilometre drive from Halifax was pretty much a cruise-controlled affair. I did all the driving while Lisa spread out her office stuff, activated the Tahoe’s onboard Wi-Fi and worked away the whole drive to clear the decks for our time on the Trail.

Adults only? Well it was worth finding out.

Our cottage was cozy and comfortable with a hot tub right on the front porch. A cool place to watch the sun set over the Highlands to the west and then watch the moon rise and splay its reflective path over the bay. 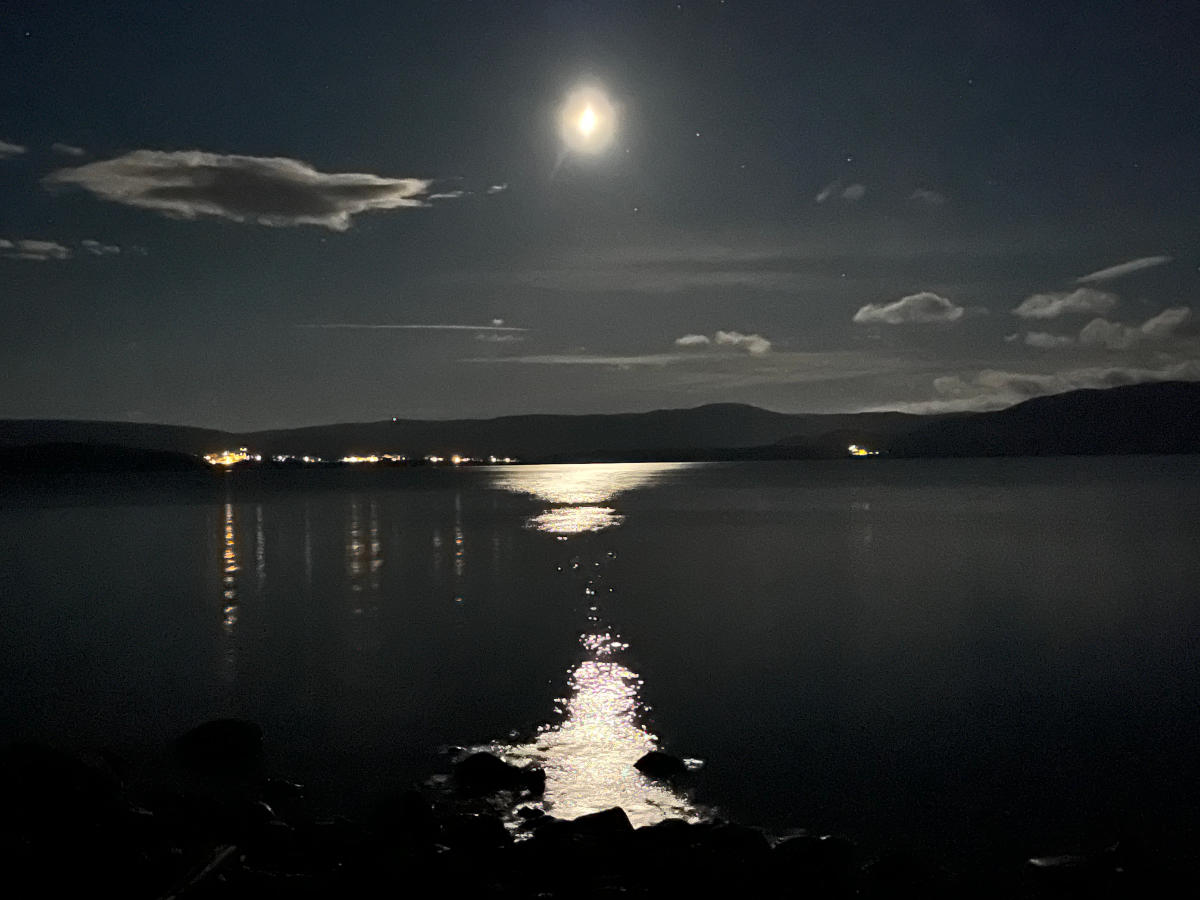 It was too late to get anything to eat so I sold Lisa on the idea that fasting wasn’t such a bad idea. After all, people fast all the time for one reason or other, although I had a hard time convincing her that hunger pangs can be romantic.

A bout of stargazing later on sealed the deal. Back in the hot tub the next morning for sunrise put us in the mood to take on the trail.

Two scrumptious breakfast sandwiches and a thermos of hot strong coffee were delivered to our door by the Seascape Elf, making up for the missed dinner the previous evening. Then a final visit to the hot tub. Just because.

There are so many permutations and combinations of how to experience the Cabot Trail. One thing that must be done is drive to the end of the road in Meat Cove. 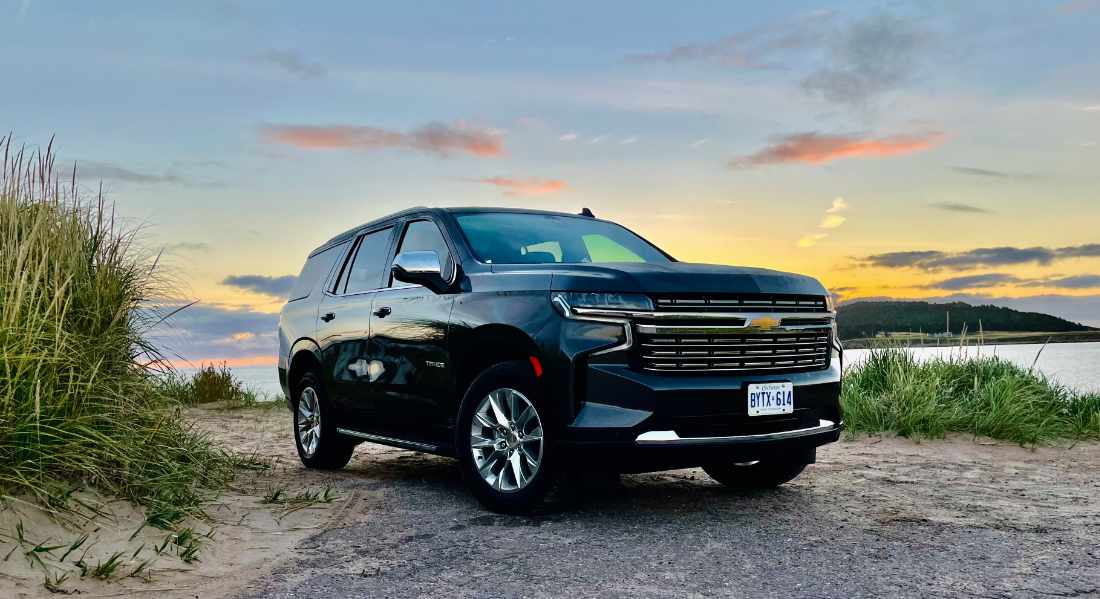 From Meat Cove Village to Pleasant Bay, we felt like we were driving through a fairy tale. Blankets of brilliant foliage covered the Cape Breton Highlands. The fiery colours against the bluest of blue skies was breathtaking. The sea crashed into rocky cliffs far below. 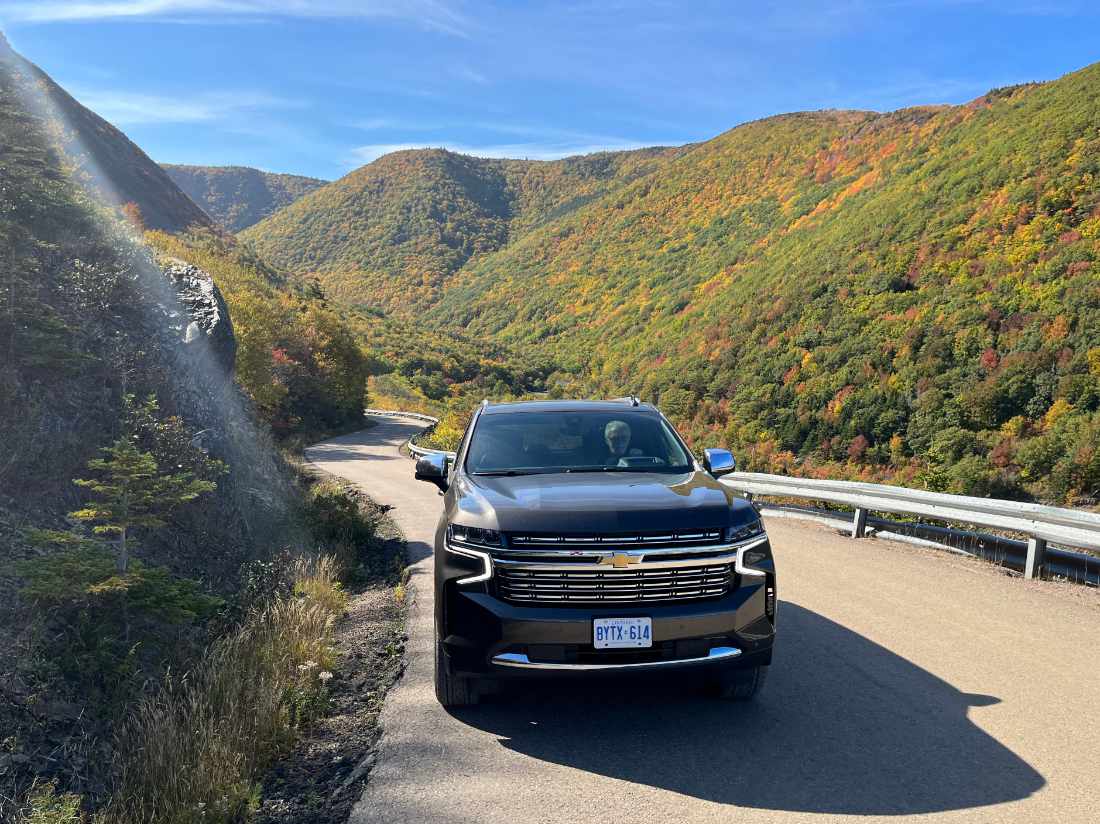 This was the filet of our road trip.

Every road trip has one, when you don’t remember, or care, when it started and can’t see the end of it. 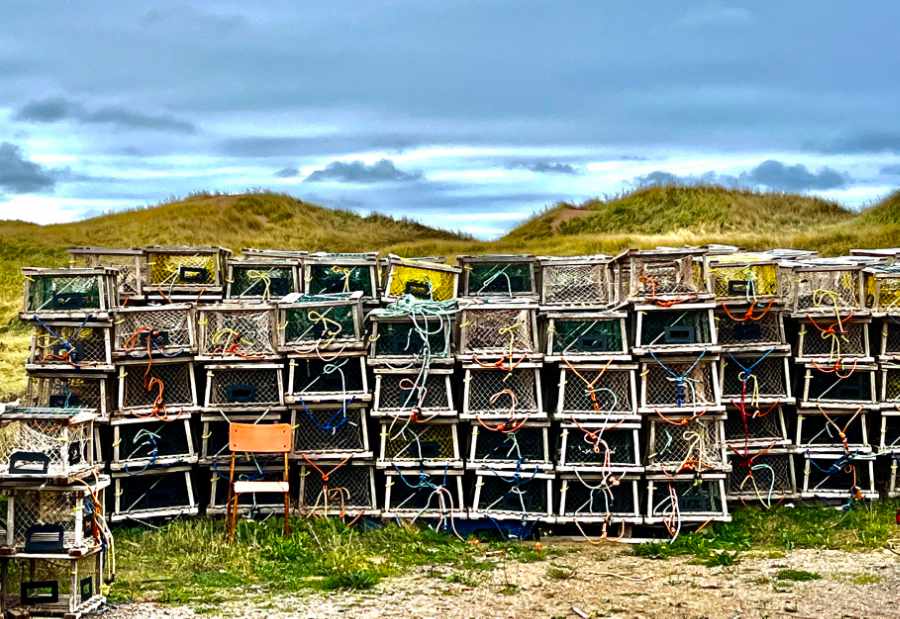 South of Cheticamp we turned left into the Margaree Valley and found our way to the quaint and historic Normaway Inn. The approach down the half-kilometre driveway is one of the coolest entryways into any hotel in the country.

Innkeeper Dave MacDonald greeted us and filled our heads with stories of life in Cape Breton and the local musicians that regularly play at the Inn’s Music Barn. He also mentioned that sometimes he talks too much. We didn’t mind at all.

At this hidden gem of the Margaree Valley, we feasted in the cozy dining room on a hardy home cooked meal followed by fresh blueberry pie and ice cream. 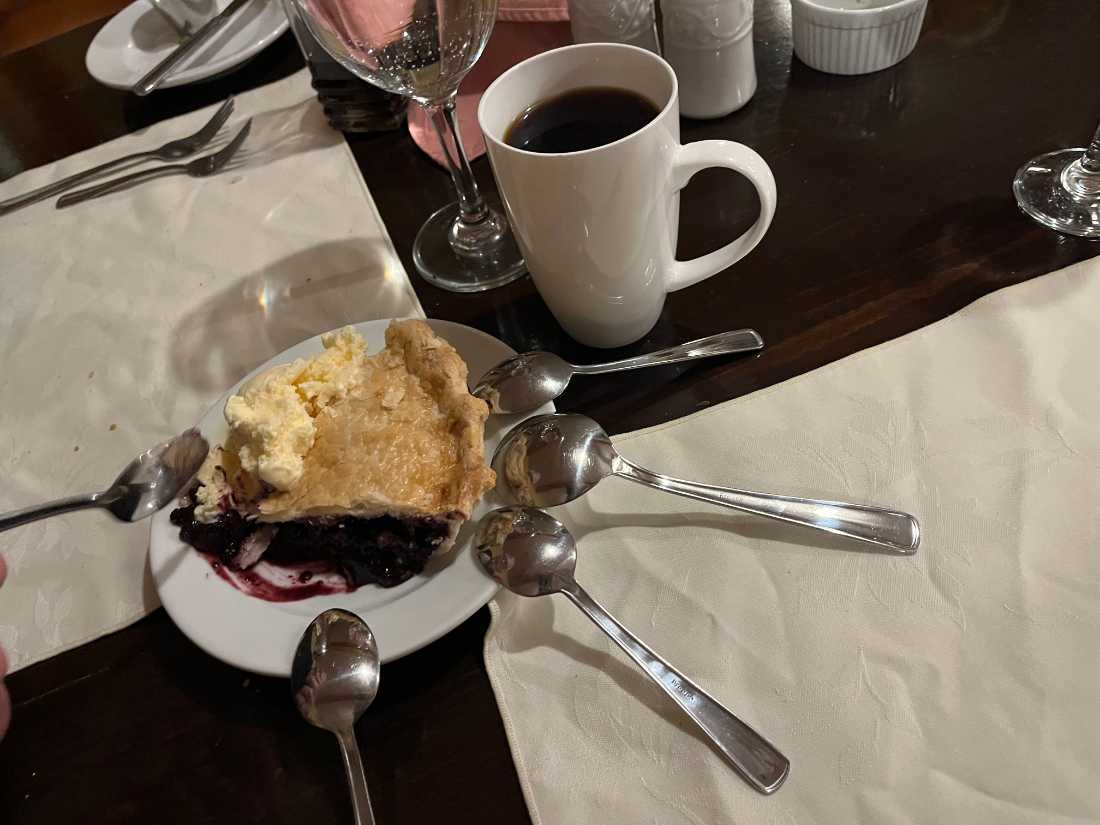 As the sun set the fiery autumn tableau of leaves on the mountains surrounding our cozy cabin at Normaway Inn seemed to be glowing.

The crackle of a fireplace burning real wood, home made quilts, the gurgle of the jacuzzi tub and the 1970s cassette player with a single cassette (Reels of Cape Breton) made us feel as if our tiny green cabin was the palace of romance.

In the morning we loaded the Tahoe for the last time and dialed our home into the navigation system.

Home and work were 360 kilometres away in Halifax. It would take about five hours, enough time to get our minds back into the real world but still bask in the romantic feelings that had blossomed checking out the Celtic Colours of the Cabot Trail. 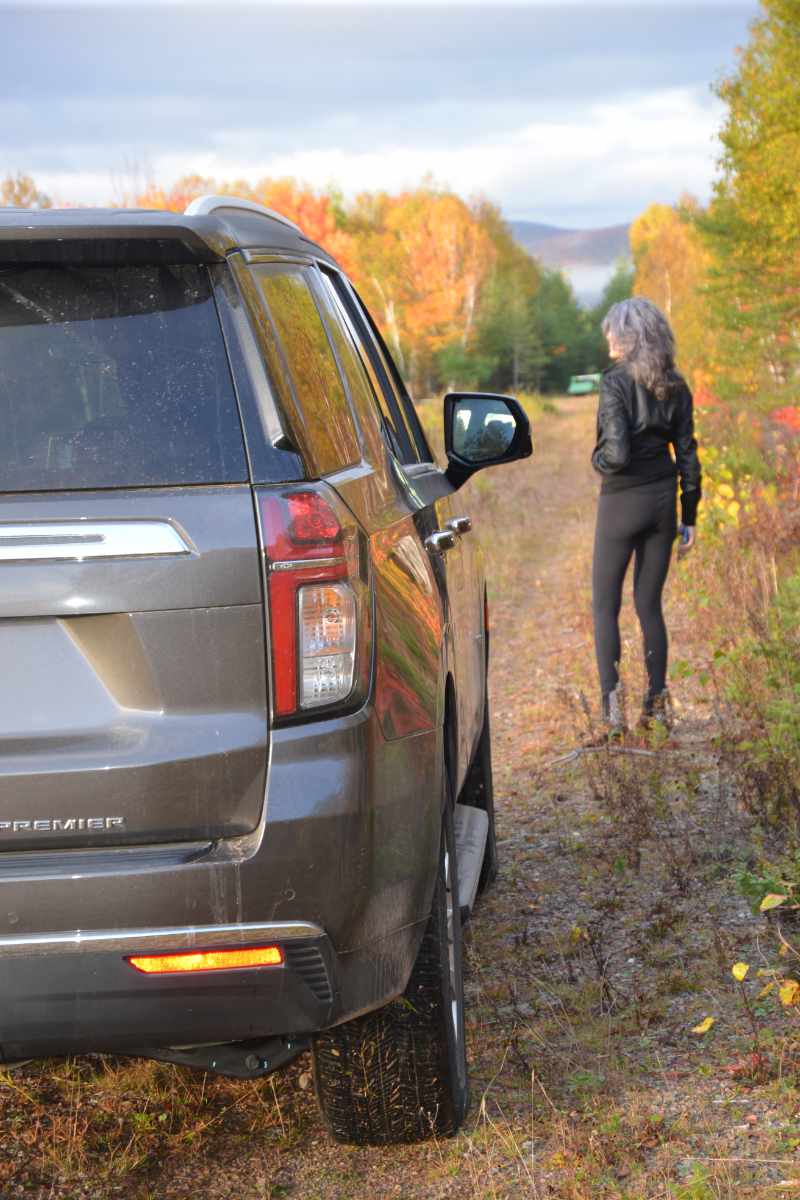 Matthew Guy is Road Tripping on the Ocean Floor in a Chevy Tahoe here.