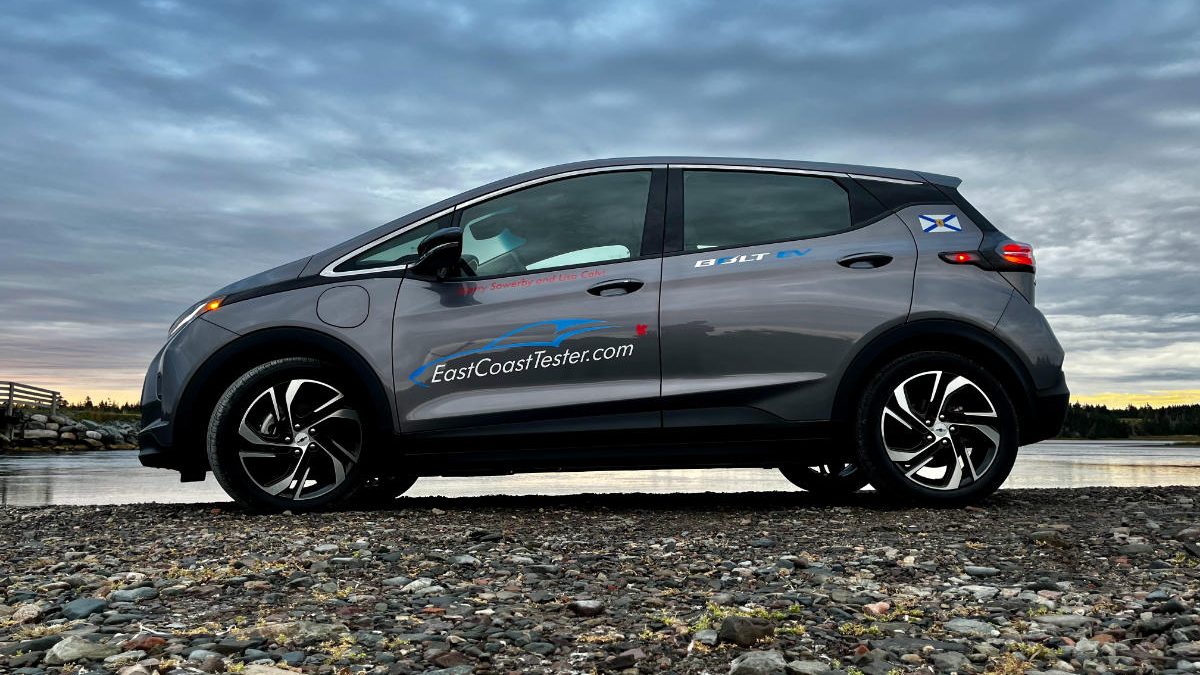 QUEBEC, QC… With a minute to spare, we pulled into the final checkpoint for Day 2 of The Great EV Rally / le Grand Rallye Electrique.

One minute later and our score would have suffered a penalty. But we earned a bonus hour of time by completing a challenge in our 2022 Chevrolet Bolt.

When you’re competing in a 3,000-km rally against other teams, you have to take every bonus you can get.

So when the challenge reads: Stop at Pizza Salvatore in St-Jean-Chrysostome, Quebec to pick up a pizza and deliver it within 30 minutes for an extra hour added to your target time of arrival at the end of the stage, you throw yourself into the task! 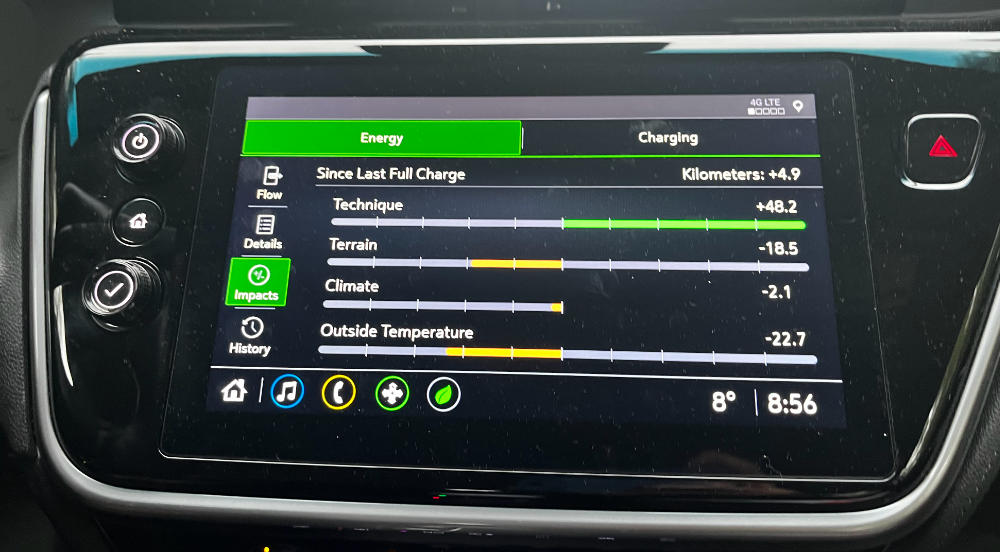 We’ve driven 1208 kilometres from Halifax to Charlottetown to MIramichi, where we overnighted, through the back woods of New Brunswick then along the Saint Lawrence River to Quebec City.

For two days, we’ve schemed, strategized, looked for EV chargers with no plugged-in competitors, filmed, laughed, drove (a lot of that) and even did a bit of dancing. Don’t ask… it’s too difficult to explain.

We are in full rally mode. We’d better be. We have another three days of this!

Our EastCoastTester.com ‘crew’ (me, Garry and the Bolt, aka BoltieBolt) is part of a team that includes a Tesla Model Y (the father son team of Gino and Guillaume from GCD Énergie) and a Porsche Taycan driven by media.

The other three teams are made up of crews driving a variety of electric vehicles, including a Ford F-150 Lightning, a Polestar, a Kia Niro and a Mustang Mach-E, along with a generous helping of Chevy Bolts.

It’s an interesting arrangement because, rather than every person for themselves, you have to work as a team to make sure the daily challenges are met, share advice on where to charge, traffic conditions and other useful tidbits.

As expected, the main challenge in running a rally with all electric vehicles is charging.

In remote areas of Atlantic Canada, where the first two days of the rally played out, charging infrastructure is growing at a slow pace. All the teams ended up fighting for the same fast DC chargers. Well, not really fighting.

There’s also a learning curve to working the chargers but, like anything, once you do it a few times, piece of cake. For the most part.

Day 1 covered just over 600 kilometres and gave all the crews a chance to get to know the rules and how to play the game.

Several extra tasks mean we can earn bonus points to help our score. We get ranked on our efficient driving, our timely arrival at the final checkpoint (i.e. drive the speed limit, at least) and our social media efforts. 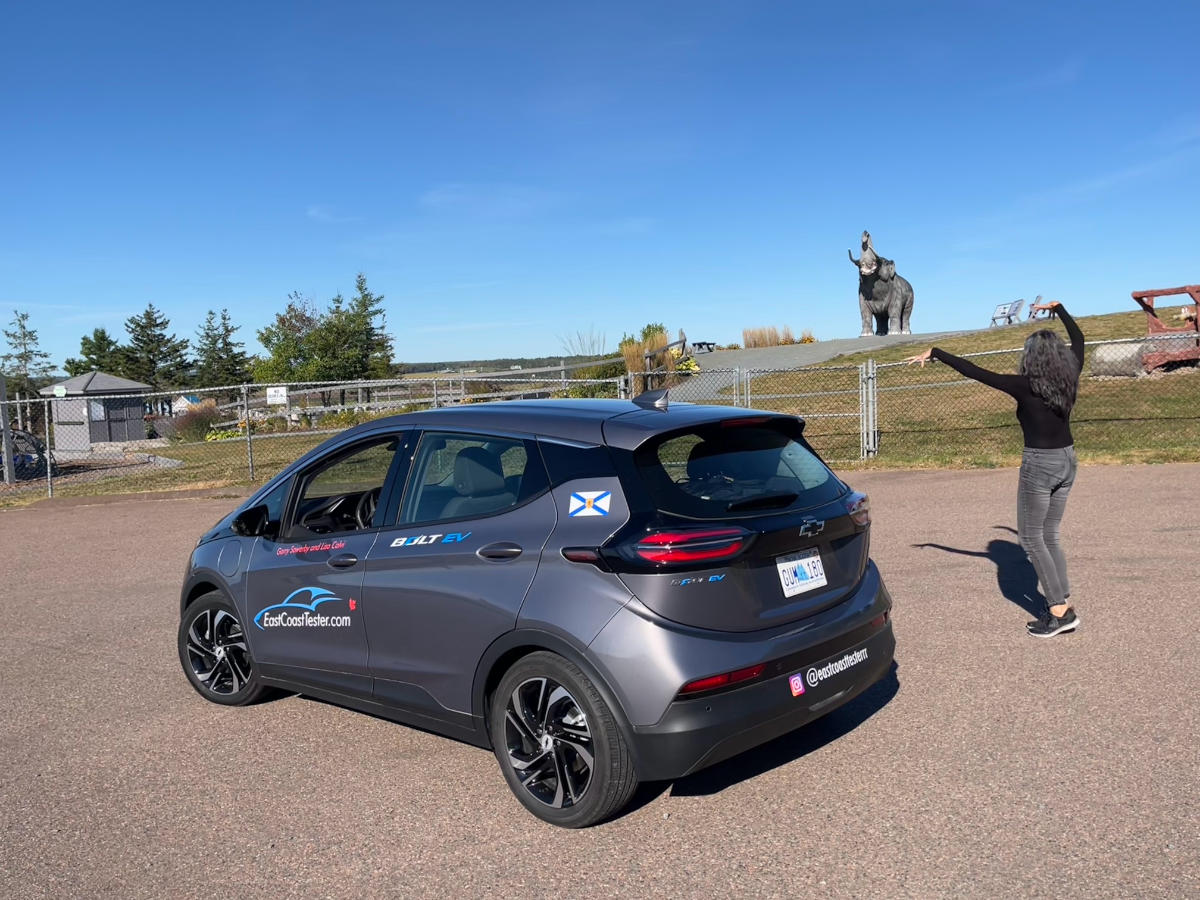 It just so happens our team is in the lead after Day 1!!

We’re sure Garry’s feather-foot techniques, giving us a final average energy consumption rating of 15 kWh/100 kilometres, must have contributed! What a buzz.

Will we hold our lead?

At publication time, we did not have Day 2 results yet. Will the Bolt carry us silently to the finish line in glory? Whatever the outcome, it’s sure to be electrifying! Stay tuned and see you tomorrow.

Click here to see how it all turned out. 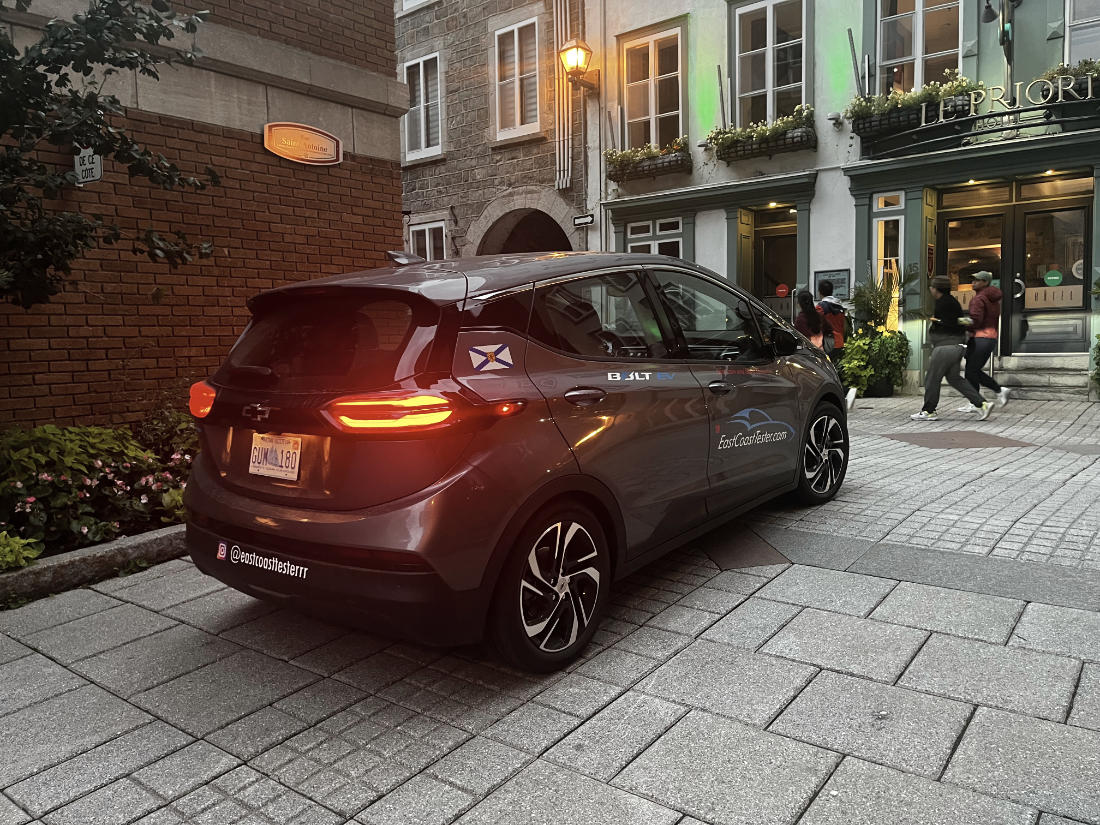