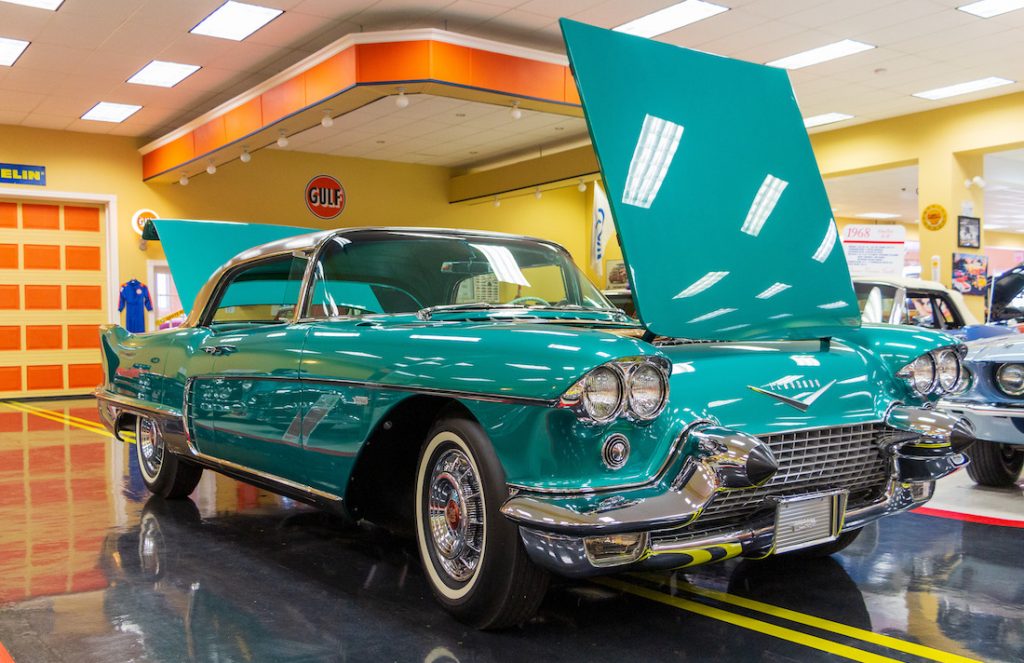 Today, as we watch the U.S. turn a dramatic page in its history, we salute American metal. Although the American metal we are saluting lives far away from the goings-on in Washington, D.C. How far away? Try Swift Current, Newfoundland at Vernon’s Antique Toy Shop. The word ‘toy’ in the shop’s name must be slightly tongue-in-cheek. The toys in Vernon Smith’s shop are definitely toys for big boys and girls.

In the words of our East Coast Tester, Evan Williams, who visited this automotive nirvana and reported on it here: “Vernon Smith built power lines across the province, and when it was time to relax, he devoted his time to collecting and restoring some shockingly rare vehicles. Cars where the number remaining, or number built in the first place, is in the single digits.”

Each vehicle in Vernon’s toy shop is rare, authentically and meticulously restored and many of them have competed and won in the most prestigious concours and auto shows around North America.

With a base price at the time of $13,000, this Cadillac cost more than a Rolls-Royce. Only 400 were built. It was a very expensive, hand-built, limited edition car which came standard with every conceivable luxury feature, including a brushed stainless steel roof. There are only 20-25 left.

We love the six magnetized shot glasses in the rear seat but the ladies compact, lipstick holder, mirror and perfume atomizer are pretty sweet, too.

The Eldorado has automatic high beam headlight dimmers, of course, as Cadillac was the first auto marque to introduce them in 1952. The all-transistor radio is one of the first in the auto industry. 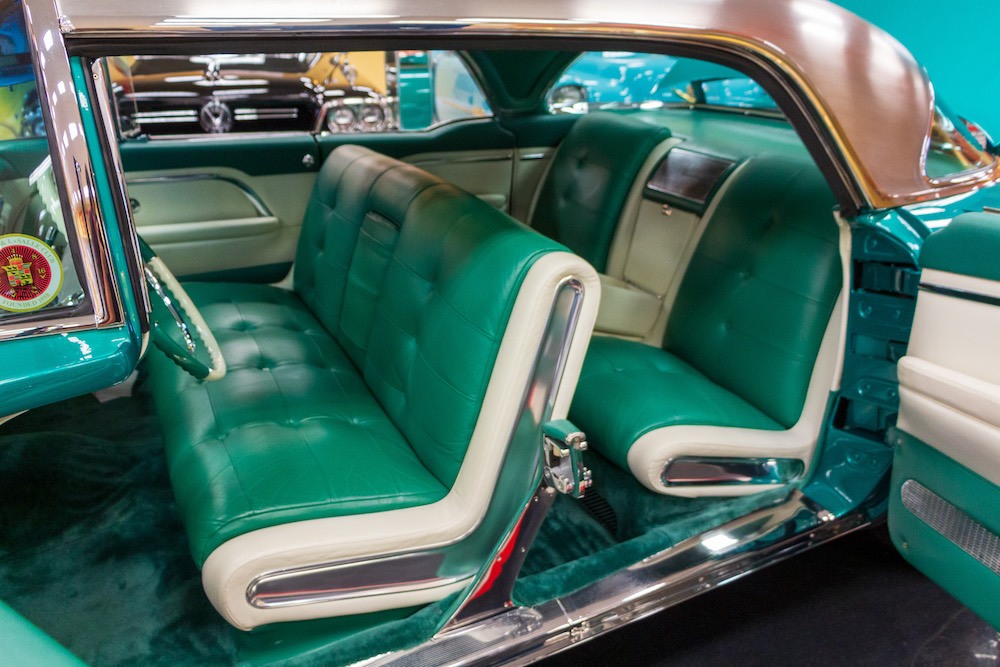 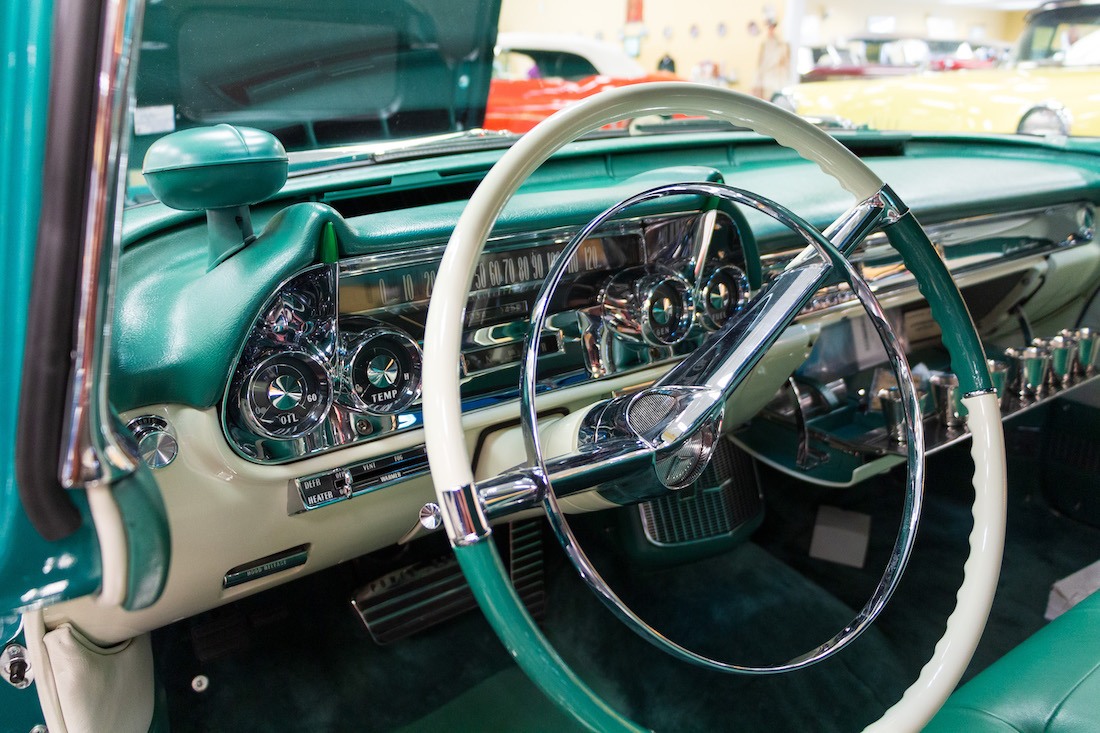 *All photography courtesy of Evan Williams