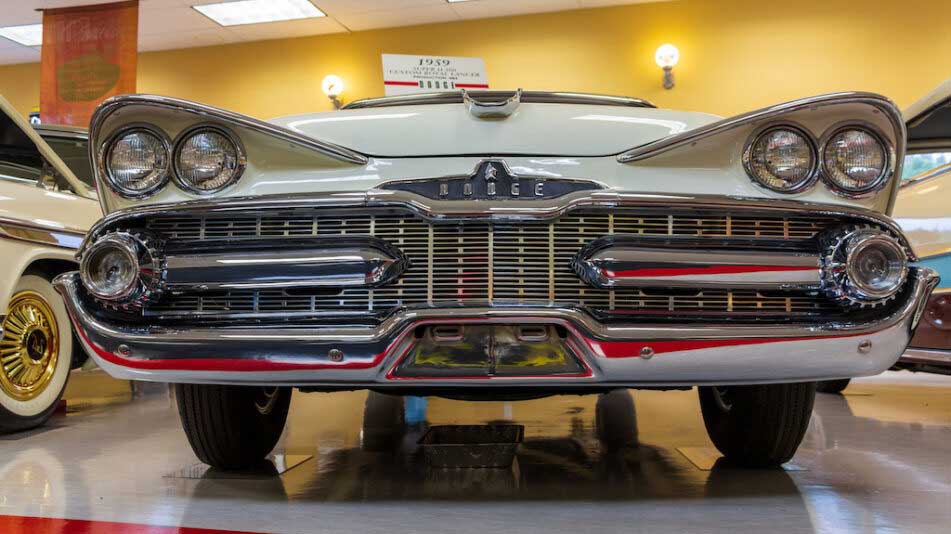 Newfoundland Surprise: An amazing collection of rare and antique automobiles

Miami, Los Angeles, Monaco, Dubai, all glamorous cities where you would expect to find amazing collections of some of the world’s finest automobiles. Now you can add a new one to the list: Swift Current, Newfoundland, home to Vernon’s Antique Car Museum.

A two-hour drive from St. John’s probably isn’t where you’d expect to find a collection of cars that rivals those of even the auto manufacturers themselves, with models dating back as far as 1908 and with cars that have made appearances (and brought ribbons back to the island) from prestigious shows like the Amelia Island Concours and Pebble Beach.

With nearly 60 cars along with period memorabilia, there is iron here that you’ll never see anywhere else. Cars that are exceptionally rare, and all in perfect condition.

Vernon Smith built power lines across the province, and when it was time to relax, he devoted his time to collecting and restoring some shockingly rare vehicles. Cars where the number remaining, or number built in the first place, is in the single digits.

The 24,000 square foot museum started as a private collection about 25 years ago. One year, Smith said, he opened it to the community as a fundraiser, and was told that “you can’t keep this to yourself.” So it began to open more frequently and is now open seven days of the week from April to November. 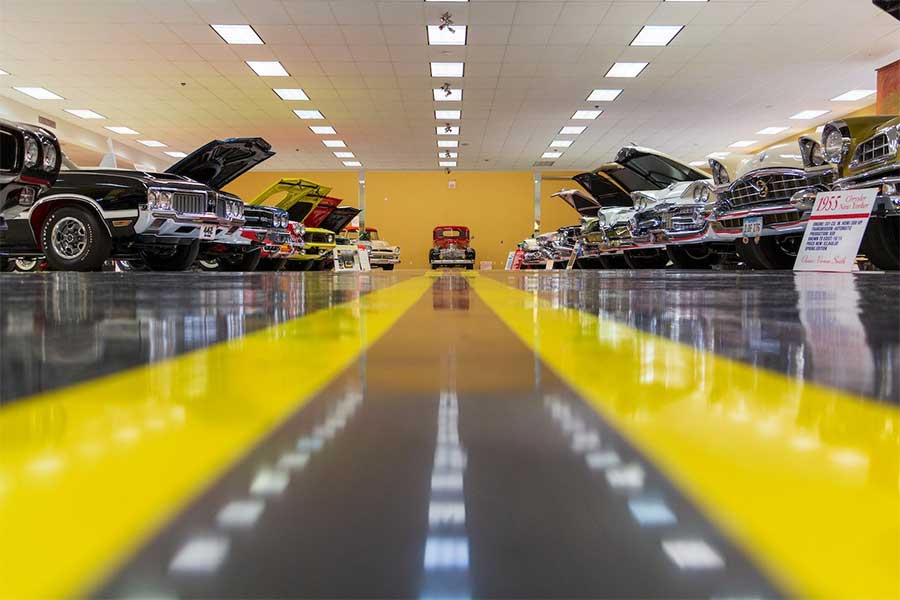 Walk through the doors, and front and centre is a 1935 Auburn Speedster. An 851 model wearing the iconic boattail design that’s been replicated on countless cars since, including the first Corvette Stingrays and the 1971 Buick Riviera. Powered by a supercharged straight-eight engine that could propel this pre-war model to well over 100 mph.

Immediately to your left, at least on the day that I visited this dream car garage, were the 1953 trio of General Motors convertibles that became part of the post-war car boom. A Buick Skylark, Oldsmobile Fiesta, and Cadillac Eldorado, together called the Golden Triangle.

This collection of cars has far too much goodness to detail every single one. Plus we don’t want to ruin the surprise should you make the trek out past Goobies to get to Vernon’s Antique Car Museum, so here are some more of the highlights.

The pre-war section of the shop has cars like a 1933 Chrysler Imperial and a 1929 Willys-Knight that’s one of just 11 remaining with a plaid paint job on the outside. A strange factory option that seems very much of those boom times.

Walk back to the main hall and your view is filled with swaths of 1950s chrome. Brightwork on virtually every component of the car, from headlights to fenders to new body lines created solely for the purpose of adding more shiny metal. This 1958 Buick Limited convertible probably has more steel in the front bumper than an entire Ford pickup truck does today.

Not as shiny, yet even more impressive, is the brushed stainless top of the 1957 Cadillac Eldorado. This car, that cost more than a Rolls-Royce when new, uses less chrome but somehow manages to look even more extravagant. Inside, because this was the 1950s, the Eldo has six chrome shot glasses along with amenity kits for driver and passenger.

The oldest in the collection is a Buick Model 10, from 1908, and it sits on a platform, looking down at younger muscle cars like Ford Shelby Mustangs, a Dodge Charger Daytona “wing car”, and Hemi Chargers. Plus a Judge GTO, a real Chrysler Woodie, and more.

The cars are all older than about 1970, and they’re all domestic. Why? Because you have to draw the line somewhere, else the collection grow to be uncontrollable.

I visited the museum in my own Challenger, a rental with the 3.6L V6, and I think it was trying to hide in shame from the big V8 iron inside. Vernon wasn’t too impressed with it either, but liked the idea of the newest Demon and Hellcat models offering a healthier amount of shove.

If you’re on The Rock, and the weather isn’t co-operating, make the trip to Swift Current and find some sunshine and history indoors.