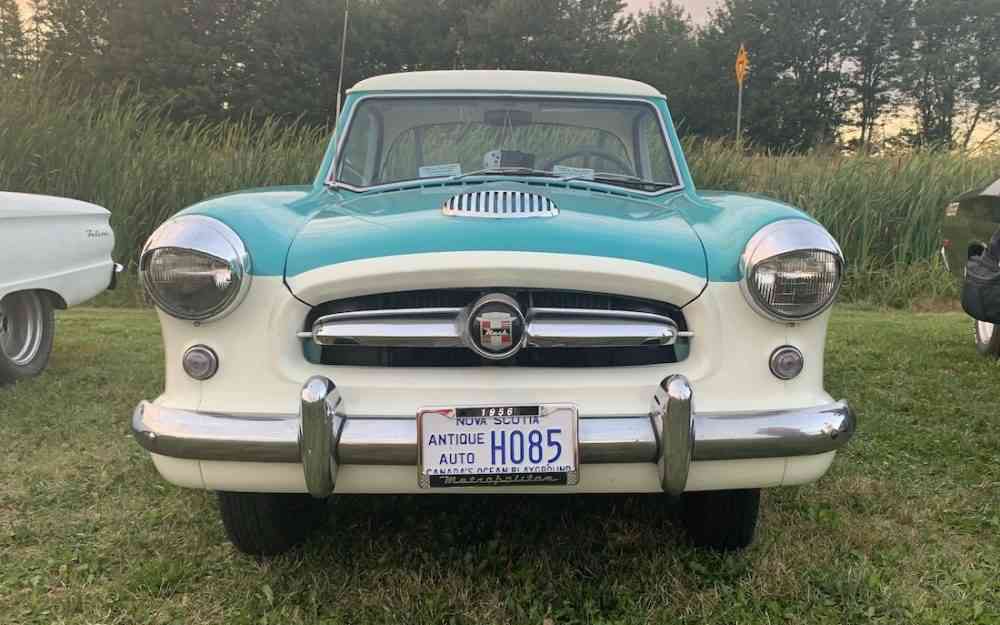 This cheery 1956 Nash Metropolitan would look right at home zipping around on a Caribbean island. The tiny car was built by Nash, a division of the American Motors Corporation (AMC), from 1953 until 1961.

It was the first time an American-designed car was built in Europe. Nash aimed the Metropolitan squarely at European markets and promoted it as a second car in the U.S. and Canada. It was also the first car that targeted women consumers. In fact, its first spokesperson was Miss America 1954, Evelyn Sempier.

With an 85-inch wheelbase, the ‘baby Nash’ was smaller than the Volkswagen Beetle and weighed just over 800 kg. 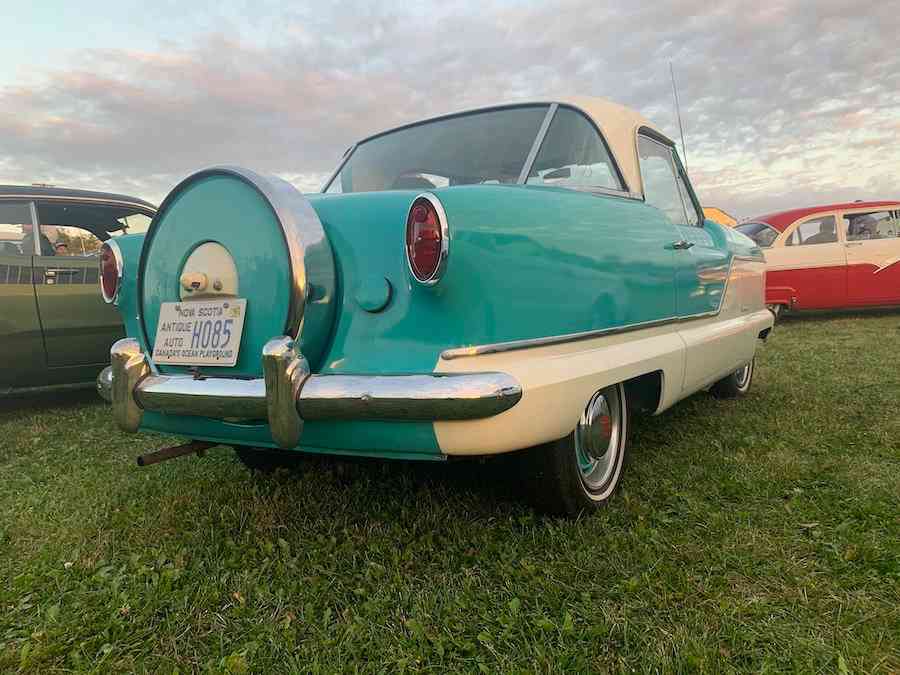 The brand was founded in 1916 by former GM President, Charles Nash, who had acquired the Thomas B. Jeffrey Company, which included the Rambler. The Wisconsin-based company started building vehicles for World War 1, becoming the largest producer of four-wheel drive vehicles and the leading producer of military trucks by the end of the war.

The Nash brand is responsible for many automotive innovations including:

Our East Coaster today, spotted at the Masstown Market on a lovely summer evening, is a third generation Metropolitan. By 1956, the rear-wheel drive Metropolitan was powered by a 1,498 cc (91.4 CID) inline four-cylinder engine that made 55 horsepower. 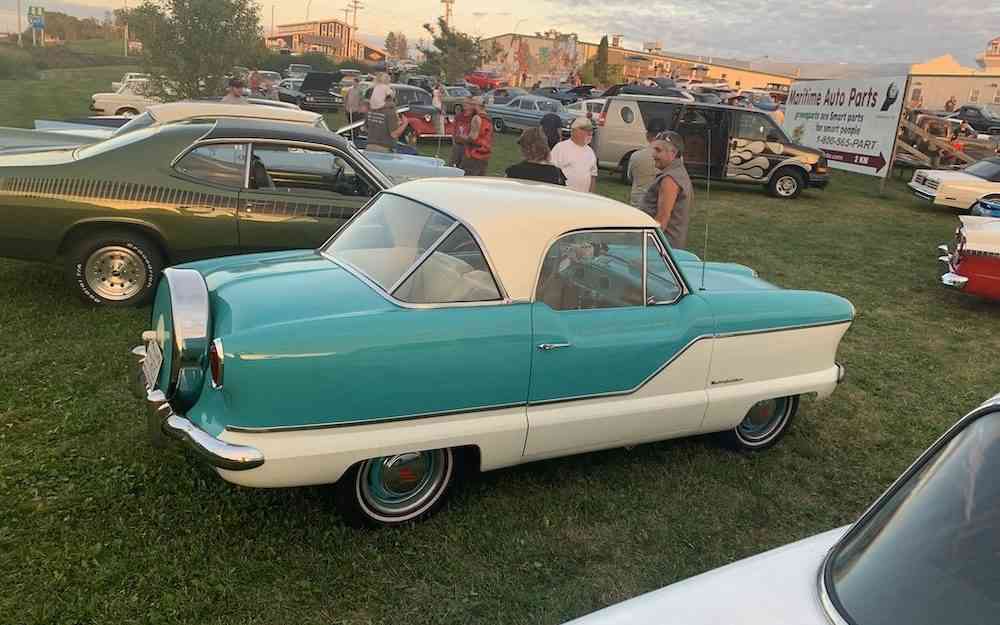 We’re not sure who the owner is or if it’s been modified. It could belong to Elvis Presley, who owned a Metropolitan that was almost lost in a fire in Malibu, California. Jimmy Buffet, of Margaritaville fame, owned one. Princess Margaret, of the British Royal Family, received one as a wedding gift. 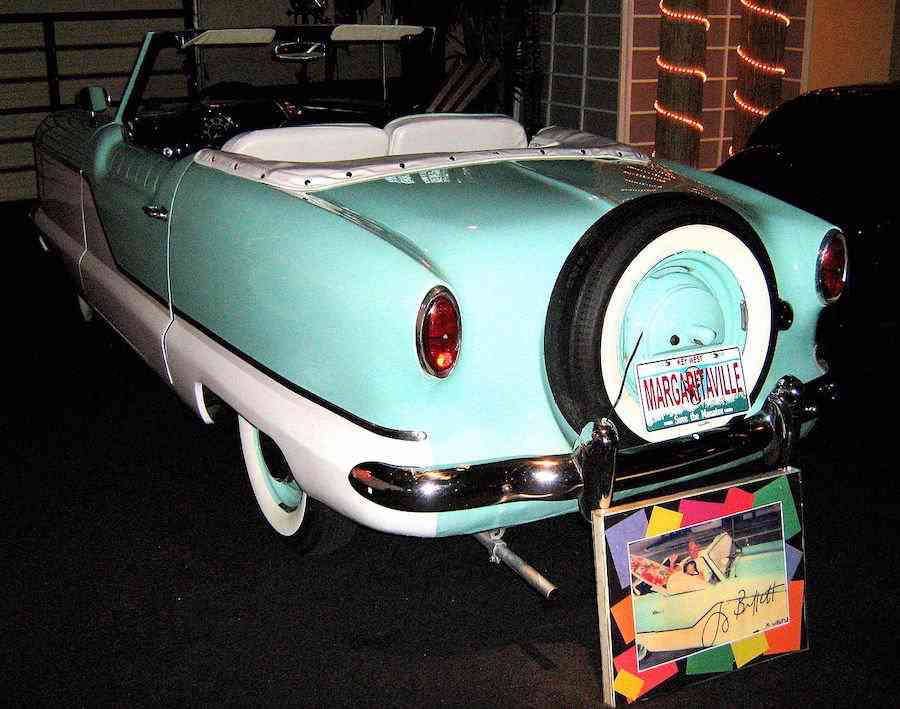 Production of the spunky little car stopped in 1961. Check out another cute Nash Metropolitan here. 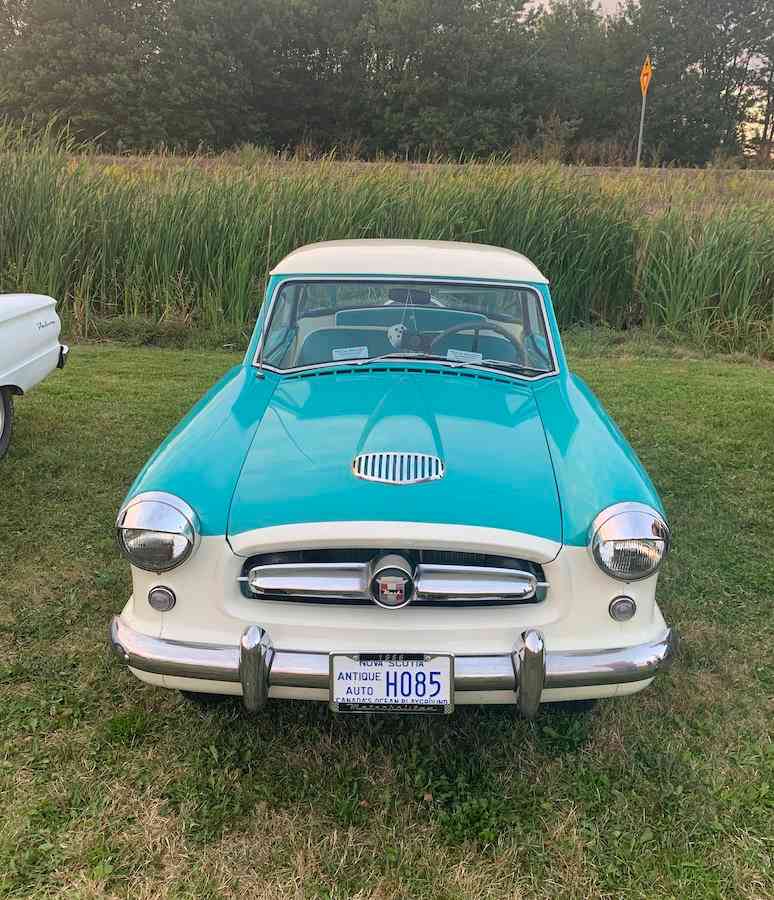