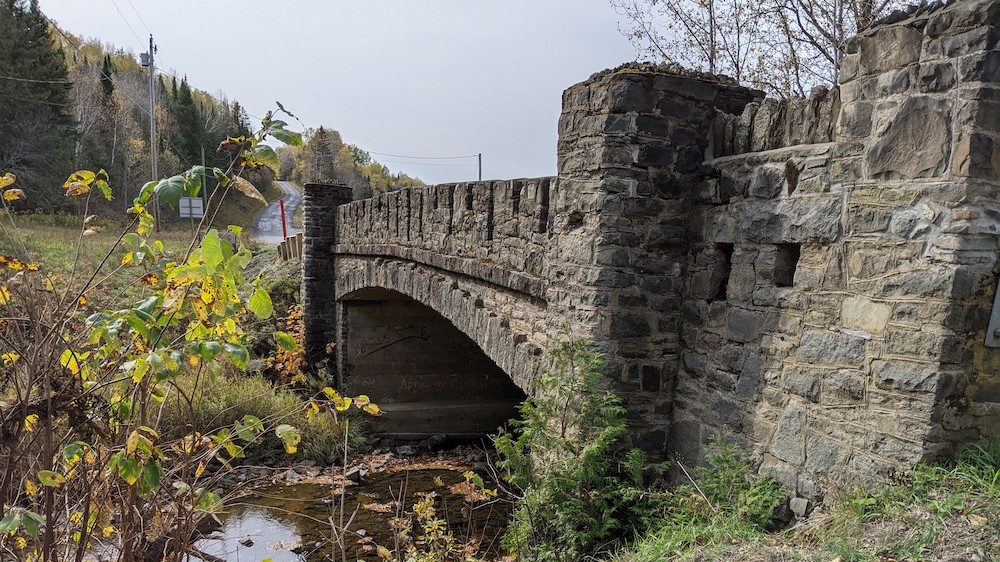 The Bridges of Carleton County

The Bridges of Carleton County – On a recent Thanksgiving road trip, Evan Williams realizes there’s always something new to discover in Atlantic Canada

One of my favourite things about Atlantic Canada is that, though you may have been down the same road 500 times before, there’s always something new that you didn’t notice. Oftentimes, that something is lurking just around a turn in a spot you might normally only see in your rear-view mirror.

On my last trip to New Brunswick, enjoying the Atlantic Bubble for the Thanksgiving weekend, I found one of those spots. And I’m hoping that maybe one of you can help me solve a mystery.

A Saturday drive took me through the wilds of Coldstream, northeast of Hartland, New Brunswick, continuing north onto highway 580. Where normally I would take a right and head back toward Hartland, this time we went straight. We drove along a patch of dirt road and into a place the map called Esdraelon.

At the time I was sure that was the name of one of the dragons from Game of Thrones.

I know now that it’s another name for the Jezreel Valley, an ancient place that once connected the Mediterranean to the Dead Sea, and has appeared in many biblical stories. It wasn’t the name, though, that caught my attention.

It was the bridge that I saw in my rear-view mirror and that earned me a glare from my wife after I slammed on the brakes and dove quickly onto the shoulder. I’ve seen a lot of bridges in nearly 40 years, ranging from some of the most iconic in the world to creekbed crossings that you wouldn’t notice if you hadn’t been there when they built it.

The Esdraelon bridge stood out. 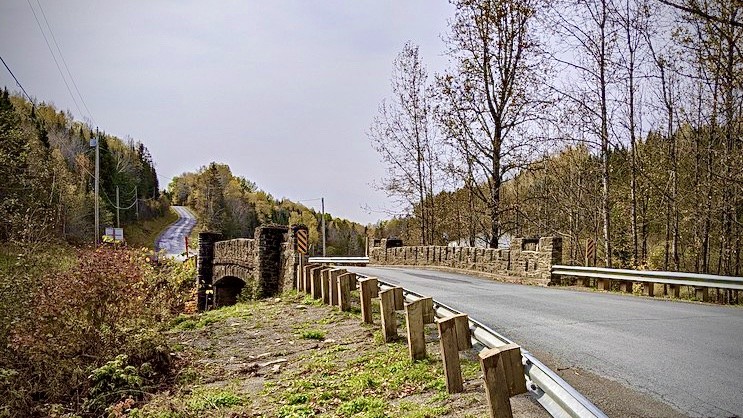 It didn’t tower over a chasm or link major centres (unless you count Esdraelon and Ketchum Ridge). The bridge wasn’t impressive the way the Hugh John Flemming bridge towers above the mighty Saint John River. The Esdraelon bridge doesn’t have the cultural significance of the Hartland Covered Bridge, the longest covered bridge in the world.

Instead, it was constructed to look like a bridge you’d find attached to a castle.

It’s a stone construction (over concrete insides) and built complete with crenellations, embrasures, arrow slits. The bridge has sharp stones mortared into the top, like some sort of medieval barbed wire fence. It’s fascinating. 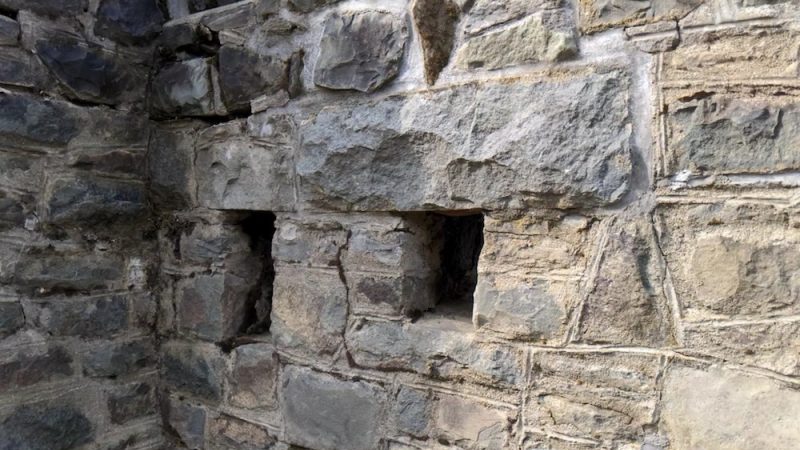 Some Googling when I got home indicated another bridge just like it, a short distance down the same road, that I hadn’t crossed. This lead to even more confusion.

Why this mysterious fortress-like bridge on a seldom travelled road in the remote heart of New Brunswick?

What lead to this highway bridge turned fortress on East Coldstream road? Who made the decision to build these two bridges, on a road that likely sees no more than a dozen cars in a day and connects places that weren’t exactly bustling even in their heydays?

Normally, five minutes of internet searching would answer the question with more detail than I could ever hope to read. This time? Nothing. Just some vague references to some slightly similar bridges around the province built during the 1950s, or possibly the 1920s. Neither of the bridges display their year of construction, unfortunately, as more modern (and most older) structures would.

Since I wasn’t able to find anyone who worked for the New Brunswick Department of Transportation and Infrastructure (or however it was badged at the time), it seems like it will remain a mystery.

The bridges have a slight resemblance to one on Main Street in Sussex, but the Esdraelon bridges are much more purposeful, much closer in appearance to an actual castle.

While some mysteries remain unsolved and the legends that build up around them become more intriguing than the places themselves, I’m hoping this one can be solved.

So if you know anything about the Esdraelon bridges, or know someone who does, help a poor former Carleton County resident out and please share.

*Link to map of area here and here.