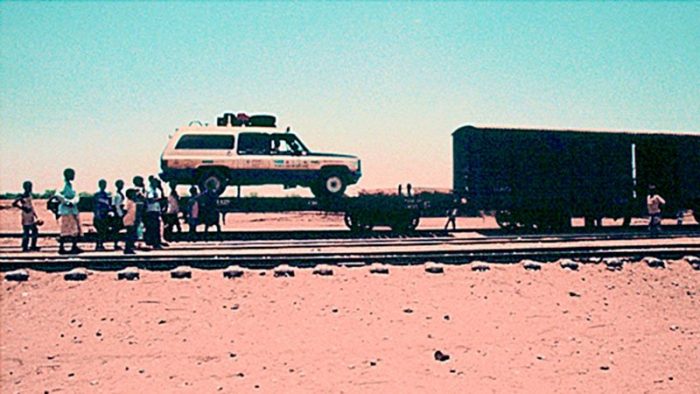 I awoke at 5:20 that April morning on a flat car at the end of a creeping freight train.

Ken and our Ethiopian guide, Tim Cat, were asleep wrapped in grubby horsehair blankets to fend off the chilly desert dawn.

Below the trestle we were clanging over, a woman chased a child as he threw stones at her. At the end of the trestle, I noticed a decomposing camel carcass, another victim of trains making their way to the exotic port of Djibouti, strategically situated at the mouth of the Red Sea between Ethiopia and Somalia. 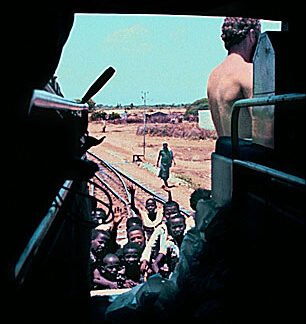 At the Djibouti border, Tim Cat bid us a warm farewell.

Although groggy, it didn’t take long to remember it was Day 9 of our Africa-Arctic Challenge. Our specially-equipped six-month-old 1984 GMC Suburban, sporting nine bullet holes from an ambush in Kenya a few days earlier, was chained to the flat car as it carried us over the last 200 kilometres of the African sector of the adventure.

On the roof of the boxcars up front, twenty well-equipped soldiers, bent on delivering us safely out of Ethiopian territory, diligently eyed the desolate countryside.

At the Djibouti border, Tim Cat bid us a warm farewell, probably happy to see the end of us. Pulling into the dusty fortified city, I felt a deep sense of accomplishment because, no matter what happened from then on, we had made it through Africa.

When one of the sentries at the French Foreign Legion Post we passed saluted us, I snapped one back. ‘Men Who Would be Kings’ all right, at least till we got off the train in this place whose name I couldn’t even pronounce. 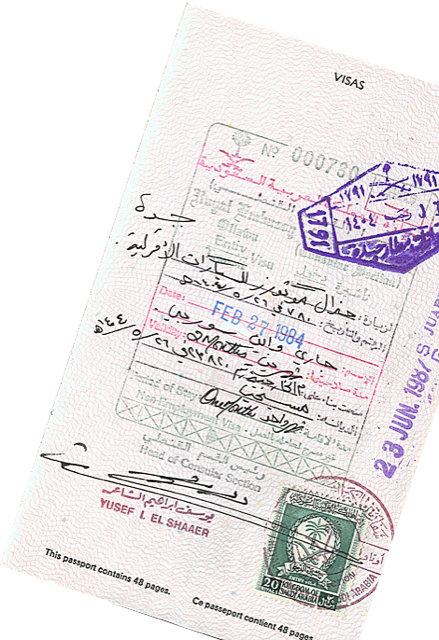 We off-loaded the truck and secured it in the customs compound. Exhausted, we checked into a modest hotel on the shore of the Red Sea with an air conditioner that sounded like the radial engines on a DC-3 aircraft.

After cleaning up, I called our only contact in Djibouti, the Roman Catholic Bishop who, through a contact, had promised to help with arrangements to get the Suburban and us across the Red Sea to Saudi Arabia.

He wanted to meet us at eight that evening at a downtown saloon so we took a nap, woke up freezing in that pit of a room, and headed for the rendezvous. The lively bar, packed with soldiers and seamen, was like a scene from a James Bond movie.

The Bishop arrived right on time. After sharing a few beverages, the hip-looking, middle-aged cleric ‘fessed up to having problems finding a guaranteed way of getting us and the truck across the Red Sea.

“I spoke to the Father last night,” he said with a grin. “And although he did it for Moses a few thousand years ago, he wouldn’t do it for a couple of Nova Scotians. But I have the next best thing.”

He went on to tell us of a smuggler who would transport the truck across the Red Sea to Jizan, a super-tanker port in southern Saudi Arabia, for $5,000 USD. He would use a 40-foot wooden Arab dhow sailboat but, because of the threat of piracy, we would not be allowed to travel with the truck. Ken and I would have to fly ahead to Saudi and wait, rendering the truck out of our control on the high seas for five days. The plan sounded edgy but, since it was the only game in town, we had to agree. 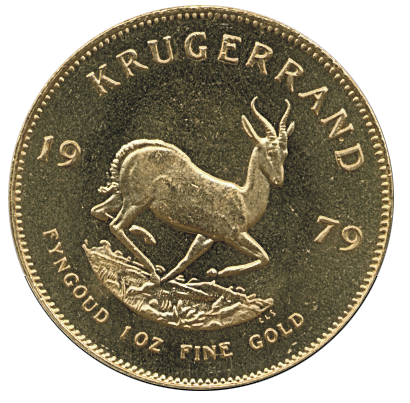 Just before they shoved off, I remembered the gold Krugerrand my father-in-law had given me before leaving Canada, advising there may be a time when I would need gold to get out of a jam. I fished it out of my wallet and flashed it at Mr. Skirt. It was an ounce of solid gold and he knew it. I asked the Bishop to tell him it would be a tip for safely delivering the truck to Jizan.

I had an ache in the pit of my stomach watching the small, frail boat disappear into the humid haze. I thought we would never see the truck again and return to Canada looking like naive buffoons to have invested in the dubious operation.

Five days later, Ken and I met with the head of the port authority in Jizan, Saudi Arabia. A letter from a Saudi Prince that a GM executive had obtained for us was working wonders in terms of expediency and respect.

Surprisingly, we were advised the boat had arrived the night before and was tied up at pier 12. We were given a ride over and, sure enough, way down below the pier between two huge super-tankers was the Suburban looking like a toy on a toy boat. The crew cheered as a crane hoisted the truck and Mr. Skirt up onto the pier.

I pulled the Krugerrand out of my pocket and offered it to the man I had obviously judged incorrectly. He smiled and said something in Arabic.

“What did he say?” I asked the translator we had hired for the port meetings.

“He said to keep it. You might need it in Iraq, or somewhere else up the line.”