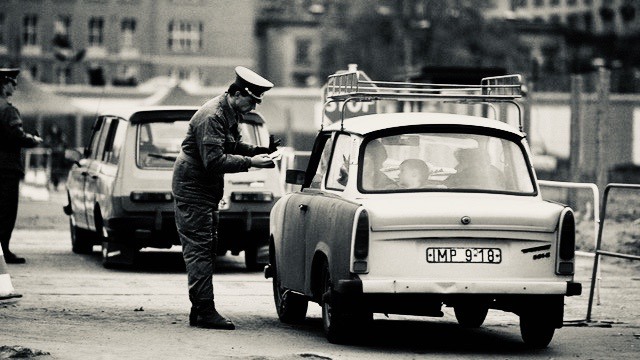 East Germany, 1980… A damp November wind howled as we zeroed in on the border post. This would be a tough one. After all, in 1980, tension at any frontier of the Deutsche Demokratische Republik, more commonly known as East Germany, was world-renowned.

The scene was right out of an Iron Curtain spy novel and what loomed seemed about as festive as an advanced calculus exam. 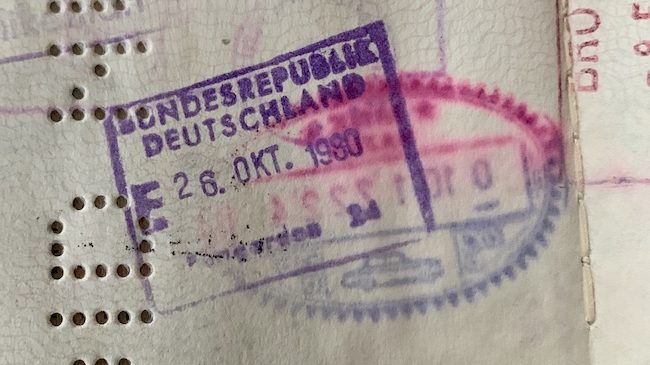 Great-coated, chain-smoking, heavily armed border guards looked more like something from a bad Halloween party than the reality that faced us on Day 42 of our attempt to establish a new driving record by circumnavigating the planet in 77 days or less.

My partner, Cape Bretoner Ken Langley, had been hounded with dysentery flair-ups since India, a 10-day lifetime ago, and bone-deep exhaustion was playing its hand on my health.

It wasn’t just six weeks on the road that was zapping our stamina and motivation, but the months of fundraising and preparations that had gone into the go-for-broke road trip. And with an $18,000 flight bill to get us and our Halifax-built 1980 Volvo station wagon over the Iran-Iraq war warping our credit cards, the operation seemed as much ‘broke’ as ‘road trip’.

Indeed, it was a dark and stormy night as jagged bolts of lightening pierced ominous black clouds creating a scene reminiscent of the cult film Rocky Horror Picture Show.

At the post a young immigration officer demanded six U.S. dollars for the necessary entry visa. No other currency would do, exact change only. Ken fished into his passport folder and pulled out his last six one dollar bills and handed them to the officer who took the money and disappeared inside a dingey administration building.

Fifteen minutes later, looking quite perturbed, Corporal ‘No’ handed back the passports indicating it would be impossible to process the visas because one of the bills had a small tear. That was it, we’d be spending the night in purgatory until the currency exchange opened in the morning. 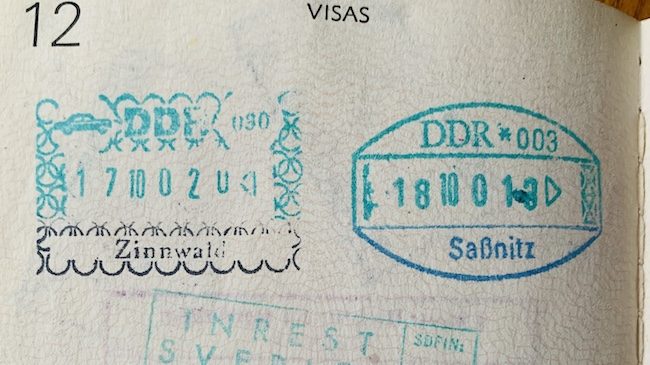 There were no smiles at the border of the country that brought the world the Berlin Wall and one of the strictest communist regimes ever hatched.

As we were settling in for a long night, Ken remembered the American silver dollar an Australia journalist had given us for good luck. He dug into his shaving kit, flashed it to the immigration officer and we were waived on to customs. One more line-up and we’d be on our way.

Ken was working on routing while I maneuvered the Volvo through the maze of buildings, barbed wire and control towers. The place was swamped with buses and trucks.

Our sponsor-decaled Volvo was as obvious as a streaker at a temperance convention.

Stress was building, a product of sleep depravation and our desperation to keep our record attempt on schedule, while trying to enter one of the strictest bastions of communism in what looked like free enterprise on wheels.

Ken remained calm though. What a team! One is about to crack while the other chills, like a good cop-bad cop routine.

I suspected he was daydreaming about Radka, the fresh-faced Czech hitchhiker we had picked up that afternoon outside Prague.

While I had done my duty behind the wheel, Ken had seemingly fallen in love with the ravishing beauty. It took him the entire afternoon to figure out Radka, who only spoke Czech, had a license to drive a farm tractor.

As Ken read, I began to sweat as guards leaned a ladder against the side of the one of the trucks in front of us. Then a massive German Shepherd dog climbed it and sniffed its way around while another put his nose to work on the under carriage.

In my exhausted delirium, I kept thinking about the Volvo parked a few nights ago in the drug-infested streets on the fringes of Pakistan’s Karachi airport, then about the drug smuggling movie Midnight Express.

Did a Karachi drug lord plant something for his connections in Western Europe under the Volvo?

Was the lovely Radka really a spy bent on putting a stop to our capitalistic venture? By now, the sweat had started pouring off me. 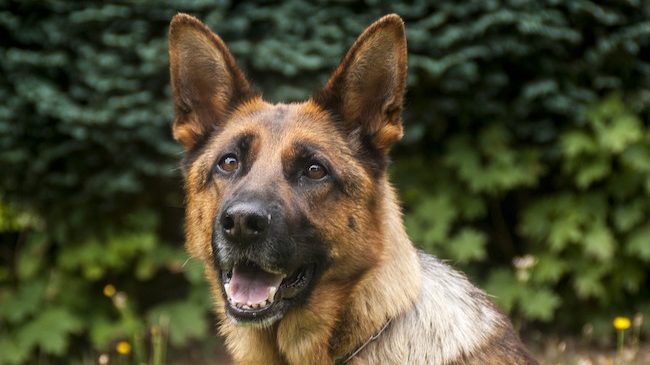 “Ahhh, dddog,” I choked. Aside from a few cans of goat cheese, we had nothing that I knew of to hide.

Ken muttered something and went on reading.

“Dddddog,” I stuttered again, as the ladder-climbing canines nosed their way through the truck in front of us. Ken’s response was the same. I fought the panicked heebie-jeebies while the dogs sniffed their way past the Volvo to the truck behind us.

An hour and a half later, maneuvering the gloomy winding road to Dresden, I teased Ken about Radka and her tractor driving skills.

We were in a good mood, a usual affair when a communist border post is behind you on an over-budget around-the-world escapade that can only be rectified by getting the job done so our capitalistic system can advertise, pay a royalty and get you out of the hole that the Iran-Iraq war put you in. No sweat!

“Ahh, and you were so cool about the dog,” I complimented my driving partner.

“Yeah, it was cute. But why were you making such a big deal about that poodle gawking out the window of the Bulgarian tourist bus parked beside us.”