Sultry Cheryl and the Swollen Thumb

It was the summer of 1967. Garry was working at the World’s Fair in Montreal, when he fell for an ‘older’ woman with a sultry southern drawl. A trip to her home in Atlanta, Georgia, did not go as planned for the hapless suitor.

During the summer of 1967, the Boy Scouts invited me to work in Montreal at Expo ’67, the World’s Fair celebrating the 100th year of Canadian confederation. My job was stamping passports at the Ethiopian pavilion.

One afternoon, two ravishing young women came by and I dutifully stamped their passports.

“Where y’all from?” Her voice made my knees buckle.

She thought I was Ethiopian and was surprised when I told her the garb I was wearing was a Boy Scout uniform. Her name was Cheryl. She was from Atlanta, Georgia.

When I got off duty, Cheryl was out front waiting. We strolled through the Expo ’67 complex. She was 19 and I was 16, but I told her I was 18. We gazed into each other’s eyes every afternoon until she left for Atlanta a few days later.

After my stint at the Ethiopian pavilion, I took the train back home to Moncton, New Brunswick.

All I could think about was Cheryl.

I wrote her every second day during grade 12, about 150 letters. She wrote back almost as many and we planned on seeing each other the next summer after I finished high school.

I decided to call her one February evening, but didn’t want my parents to know. So I slogged nine blocks through the snow to a telephone booth with five dollars in quarters, enough for a four-minute call to Atlanta. Although it was freezing in the phone booth, Cheryl’s sultry southern drawl warmed me for what seemed like an eternity before we hung up.

I was in heaven. She sounded so nice and somehow the telephone company forgot about my half-hour telephone call. As I walked away, the phone rang. I answered, thinking it might somehow be Cheryl. But it was the operator demanding forty dollars in overtime charges.

“Forty dollars!” I told the telephone operator I had to wash 133 cars at my part-time job for that kind of money.

She was sympathetic but warned if I didn’t pay, they would charge Cheryl’s number. With an hour’s reprieve, I scraped up the money from my sworn-to-secrecy brothers, then dropped 160 quarters into that payphone.

That summer, I washed cars at the dealership, daydreaming about Cheryl most of the time. If I got an entry scholarship for university, I’d visit her in Atlanta, so when the scholarship materialized, I called her with the news.

I still can’t believe my parents let me go. I was 17, had only been on an airplane once, and had never travelled to the United States.

“You’re not going there looking like some kind of a hick.” From Mum’s tone, I knew wherever she was headed, I would oblige. “You’re wearing a suit on that airplane.”

So, like an imbecile, I wore my Sunday best on the overnight flight to Atlanta.  My outfit consisted of a black miracle-fibre suit, a white shirt and a thin black tie with a shimmering green stripe down the centre. A pair of hopelessly pointed fake alligator shoes complemented the ensemble.

I looked like a cross between Jerry Lee Lewis and Liberace.

I spent the night talking to everyone on the airplane.

Before meeting Cheryl at the Atlanta airport, I went into the washroom, filled the sink with water, and plunged my head into it. After drying my hair with paper towels, the soaking mop was slicked back into a ducktail with a high frontal wave à la Troy Donahue.

Cheryl was waiting by the baggage claim. She was more beautiful than I remembered and had an equally stunning girlfriend in tow. Two drops of water trickled from my hair into my left eye, I suppose they thought I was crying.

Cheryl’s friend stifled a giggle as I lugged Mum’s Samsonite suitcase out of the airport and placed in into the trunk of a new red Cadillac convertible. I had never been in a Cadillac and made sure to tell them. 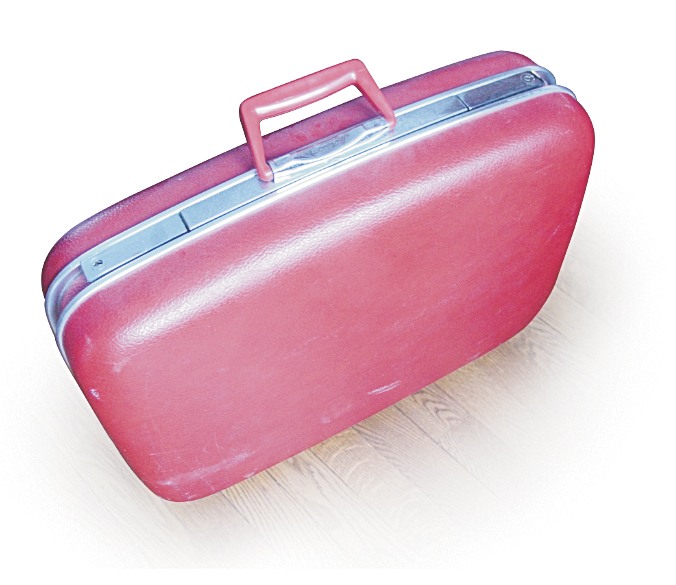 “Why don’t we stop and get something to eat?” Cheryl suggested, as I soaked up Atlanta from the back seat of the Caddy.

A $56.00 restaurant tab swallowed half my spending money for the week

At the restaurant I didn’t recognize much of the menu and ordered what Cheryl did, a Ruben’s sandwich, whatever that was.

I told them most cars in Moncton didn’t have air conditioners and that the Pontiacs sold in the U.S. had different suspensions than in Canada. They didn’t seem excited that my dad’s new pick-up truck was one of the few in Moncton with the optional 352-cubic inch V-8 engine.

Dinner dates back home didn’t amount to more than a couple of plates of French fries with gravy. A bill over six dollars was considered hefty. So when the $56.00 tab came, parting with half of my spending money for the week was hard to swallow.

At Cheryl’s house, I met Mother. Daddy was away on business. Cheryl invited me into the backyard and, after I commented on never having been at a house with a swimming pool, advised me she had to go out and wouldn’t return until midnight.

I smelled a rat. And when she told me she was meeting the guy she was about to marry, I tasted one.

“But y’all can borrow Mother’s car and go for a drive.”

I thought about the flashy Cadillac ragtop and cheered up. After she left, Mother told me her car was in the garage, in front of the Caddy. The blue 1964 Ford Falcon didn’t even have whitewall tires.

I cruised around in the Falcon, rubber-necking at a world I had only ever imagined. When I got hungry, I stopped at something called Kentucky Fried Chicken and devoured the ‘finger-lickin’ good’ meal in the parking lot, watching the traffic.

Getting out of the car back at Cheryl’s house, I slammed the door on my thumb. It swelled to twice its normal size. That evening, I watched colour TV for the first time. Mother and I talked during commercials, mostly about plans for the upcoming wedding.

Two days later, there wasn’t much to say as Cheryl drove me to the airport in the red Cadillac. The top was down so my slicked-back hair was blowing in the wind.

The miracle-fibre suit and the fake alligator shoes were stuffed into Mum’s Samsonite suitcase in the back seat.

My thumb was still throbbing.