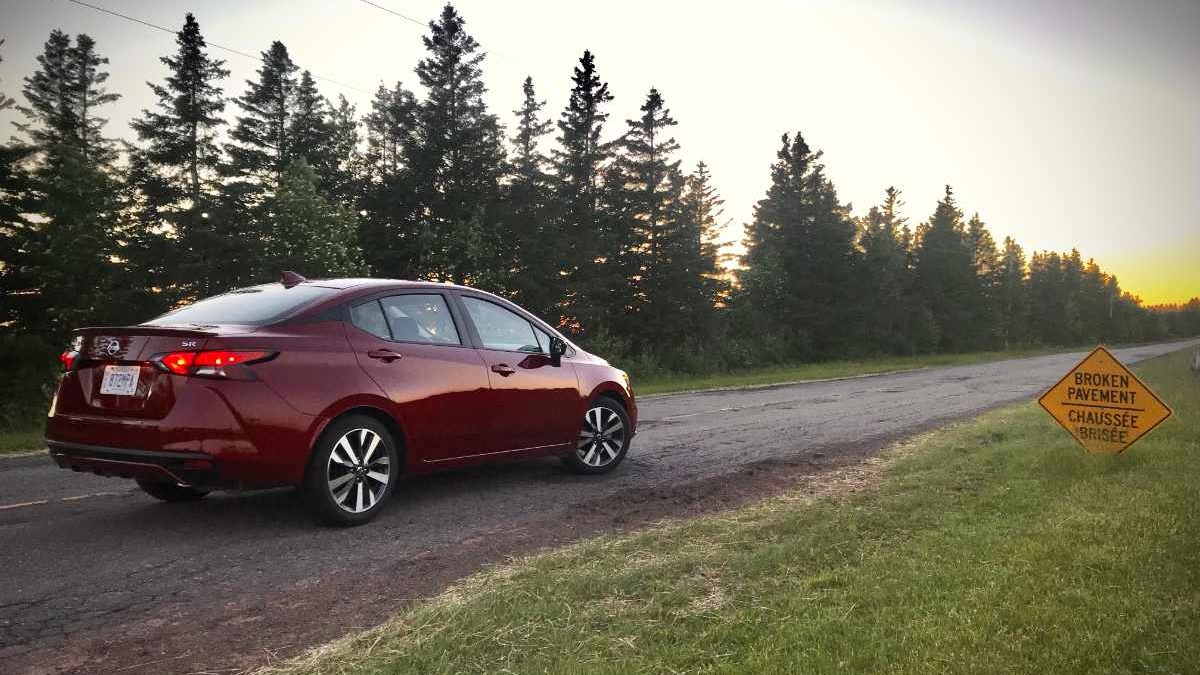 During the summer of 2020, the province of Prince Edward Island more than doubled its annual paving budget to $100 million. It was not a minor news story.

Laying down a new coat of asphalt in PEI is the kind of activity that gets people talking.

Four years ago, when we moved our young family to the Island, a paving project began on our road that stretched at least a dozen kilometres. It was at the end of that summer that I was introduced to a prototypical Island phrase. New acquaintances would ask where we lived, and after I described our location east of Kensington, they would without fail say, “Ah, some nice stretch of pavement you’ve got out there.”

Some nice stretch of pavement.

That was 2017. By the end of the 2020 paving season, the only topic more prevalent than the drought, COVID-19, and lineups at the New Brunswick border was that nice stretch of pavement.

Only this time, coworkers and friends and family and service providers weren’t just talking about my nice stretch of pavement, they were talking about seemingly every road in Prince Edward Island.

Okay, not every road. Not Inkerman Road through Breadalbane. Not County Line Road between Norboro and Margate. Not Campbellton Road in Stanley Bridge.

You heard me right. A short-wheelbase subcompact car possesses the sort of quiet, refined, luxurious ride quality most so-called premium cars haven’t dreamed of since the early 2000s.

Remember those days – back before 19-inch wheels with rubber band tires and track-worthy suspension tuning became de rigueur; before high-end machines relied on adjustable drive modes in the hope of masking dampers that were configured to loosen your fillings?

Alas, few and far between are the new vehicle buyers who will discover that the completely revamped 2021 Nissan Versa isolates rough roads like few other cars on the market today.

Canada’s most affordable cars – subcompacts such as the Nissan Versa, Kia Rio, and Chevrolet Spark – are quickly becoming woefully unpopular.

In fact, most potential rivals have fled the scene of the crime: the Hyundai Accent, Honda Fit, and Toyota Yaris are the most recent departures following the discontinuation of vehicles such as the Mazda 2, Ford Fiesta, Chevrolet Sonic, and Nissan Micra.

Only 1 percent of the new vehicles sold in Canada in the first-quarter of 2021 were subcompacts, down from 3 percent five years ago and 5 percent a decade ago.

Out-maneuvered by subcompact crossovers that offer oh-so-desirable ride height, and steered into a corner by compact sedans that offer similar payment terms and fuel efficiency ratings, subcompact cars appear not long for this market.

In the top-spec 2021 Nissan Versa SR, you quickly come to understand that fact based, not only on technology (blind spot monitoring, forward collision warning, auto high beams), and not only because of creature comforts (remote start, automatic climate control, proximity access), but also with unexpected elements such as outstanding 6-speaker audio and high-grade cabin materials.

Then, of course, there’s the ride quality. After generations of subcompacts failed to overcome simple physics – wheelbases so short that an expansion joint that rocked the front end disturbed the rear as well – and went without the kind of investment that was required for weeks of suspension R&D in rural Prince Edward Island, the modern Versa is now in another league.

Then again, if in 2021 the Department of Transportation and Infrastructure paves like it’s 2020, it won’t matter if you’re driving a rusty old lawn tractor.

For the time being, however, Nissan’s determination to build a Versa that’s so eminently livable deserves, at the very least, a slow clap.