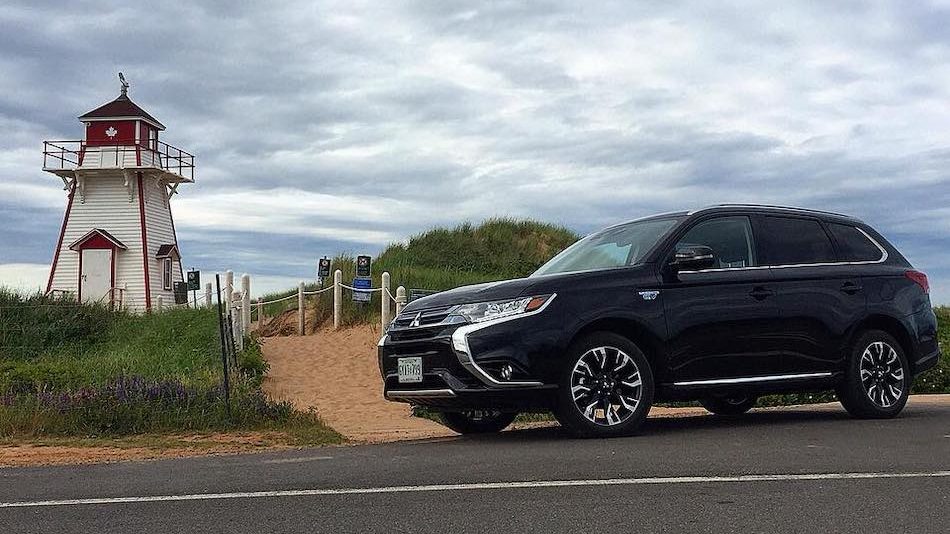 Heading to the beach is one of many summertime delights here on the East Coast, whether one is enjoying an inland lake or a fresh oceanside breeze.  Those living on Prince Edward Island, however, win hands down when it comes to the sheer number of awesome beach spaces.

The Mitsubishi Outlander Plug-In Hybrid is one of only a handful of mid-size crossovers in the Canadian market with a hybrid powertrain able to hoover electrons from a wall socket.

Even though Canada’s smallest province measures just 280 kilometres tip-to-tip, it has more than eleven hundred kilometres of coastline. With dozens of official and unofficial spots to enjoy the surf, PEI and beaches are practically synonyms for each other.

To us, that is the perfect invitation for a road trip. Last summer, we chose seven beaches and decided to visit them in seven hours. As a bonus, we’d be doing it while using as little fuel as possible. 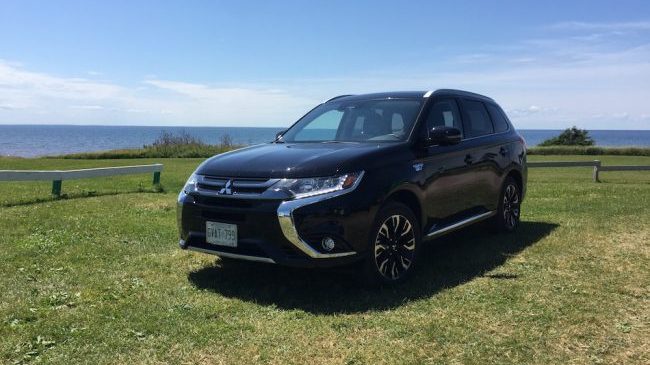 While hybrids without a plug are popping up from Appleton to Yarmouth, the Mitsubishi Outlander Plug-In Hybrid is one of only a handful of mid-size crossovers in the Canadian market with a hybrid powertrain able to hoover electrons from a wall socket. True electrified plug-in capabilities, particularly in a spacious machine with all-wheel drive, are a bit thin on the ground.

Most things in PEI are relaxed. We rarely push the speedometer above 60km/h as we wend our way through pretty rural towns and explore a mere fraction of the 1,100-kilometres of coastline on the Gentle Island.

Japan’s Diamond Star brand has that corner of the market covered with this Outlander.

Powered by a 117-horsepower 2.0-litre gas engine and a pair of 80-horsepower electric motors, it can run on either electricity alone or as a gas/electric hybrid. Thanks to the unique way in which these types of vehicles deliver peak power, one can’t just sum up those numbers to arrive at the total system output. Mitsu pegs it at 190 horses in total. While that might not sound like a lot in comparison to newer entrants like the Toyota RAV4 Prime, the car never felt underpowered during our journey. The single-speed transmission was noisier than a traditional unit on uphill slogs; good thing there aren’t many of those in PEI. 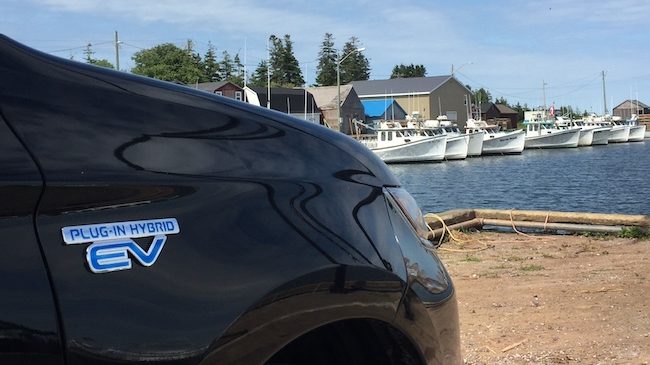 Chelton Beach Provincial Park is a few minutes from the spot where Confederation Bridge deposits PEI visitors on the island. Its supervised beach looks out onto the Northumberland Strait and we can hear kids having a ball on the nearby playground equipment. As with most of the places we will visit today, it can be enjoyed free of charge.

Our test vehicle was the GT model, priced for the 2020 model year at $51,998. This trim is a $8000 walk from the entry-level SE and brings a sunroof, premium leather on the seats, and a raft of safety nannies including a lane departure warning system.

For 2020, Mitsubishi has binned the Rockford Fosgate audio found in our tester and introduced upgrades to its infotainment system. All trims except the base SE receive an updated eight-inch touchscreen boasting redesigned graphics with a cleaner appearance that no longer looks like a crowded PowerPoint slide deck. Apple CarPlay, Android Auto, and satellite radio are on board. 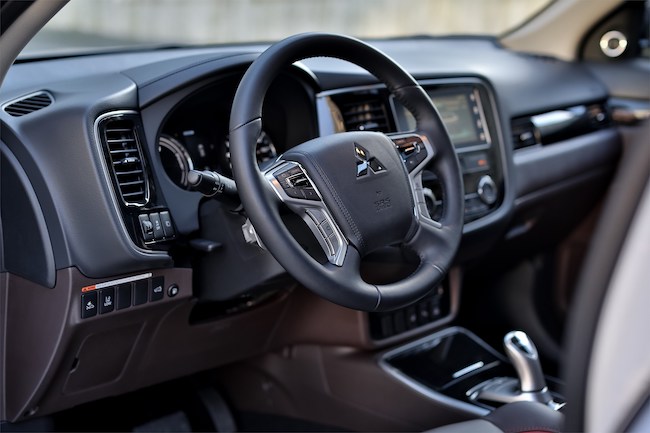 Heading north, we set our sights on beach number two: Cabot Beach Provincial Park. The 36-kilometre drive can nearly be done on electricity alone in the Outlander, given a fully-charged battery. Don’t think this is a fifteen-minute drive, however. Most things in PEI are relaxed, including the driving. We rarely push the speedometer above 60km/h as we wend our way through pretty rural towns and villages.

Despite having been on tour, there are still a few kilometres of range showing on the Outlander’s battery readout. This is thanks in part to a regenerative system that scavenges energy during braking and dumps it back into the battery.

Outlander will automatically engage its gasoline-powered engine when conditions demand, funneling gas engine power in one of two ways. It will either drive a generator and make electricity to support the battery or it will use the gas engine to drive the wheels like in a traditional car. In the latter, those electric motors chip in extra power if needed. These modes are seamless, requiring no input from the driver unless they want to play with the buttons. 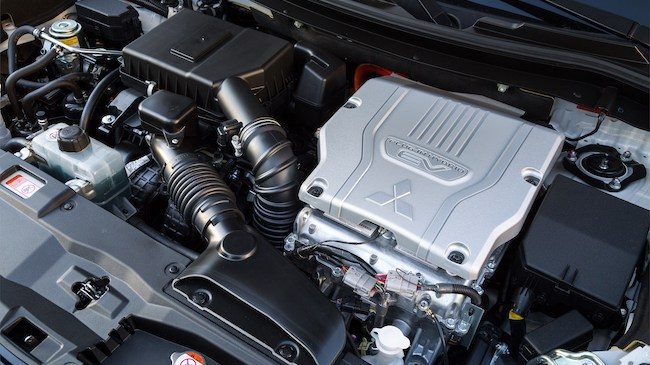 Taking our leave of Cabot Beach and its Florida-quality sand, we hop over to tourist-spot Cavendish. Past that, the next two beaches we visit – North Rustico and Brackley Beaches – are part of the province’s park system. Brackley, in particular, offers miles of pristine beach area to explore. The solitude and gentle waves lapping on the shore are equally mesmerizing and good for the soul.

Seven beaches in seven hours made for a very East Coast type of day.

Despite having been on tour, there are still a few kilometres of range showing on the Outlander’s battery readout. This is thanks in part to a regenerative system that scavenges energy during braking and dumps it back into the battery. We also still have the better part of a full tank of gas, having observed an average fuel economy of 6.3L/100km.

We cap the day by dipping our toes in the waters of Ross Lane Beach before enjoying a snack on the sandy shores of Stanhope. At the latter, a trio of tour boats taking tourists out for an evening’s fishing can be seen puttering their way out to sea. It’s been a very East Coast type of day.

If you’re shopping the Outlander, carefully consider the mid-grade LE trim in which one enjoys all manner of creature comforts but at a price well south of the GT. All of Outlander PHEV’s eco-minded tools and all-wheel drive system are still on board, along with heated front seats, dual climate control, and the new-for-2020 infotainment system. 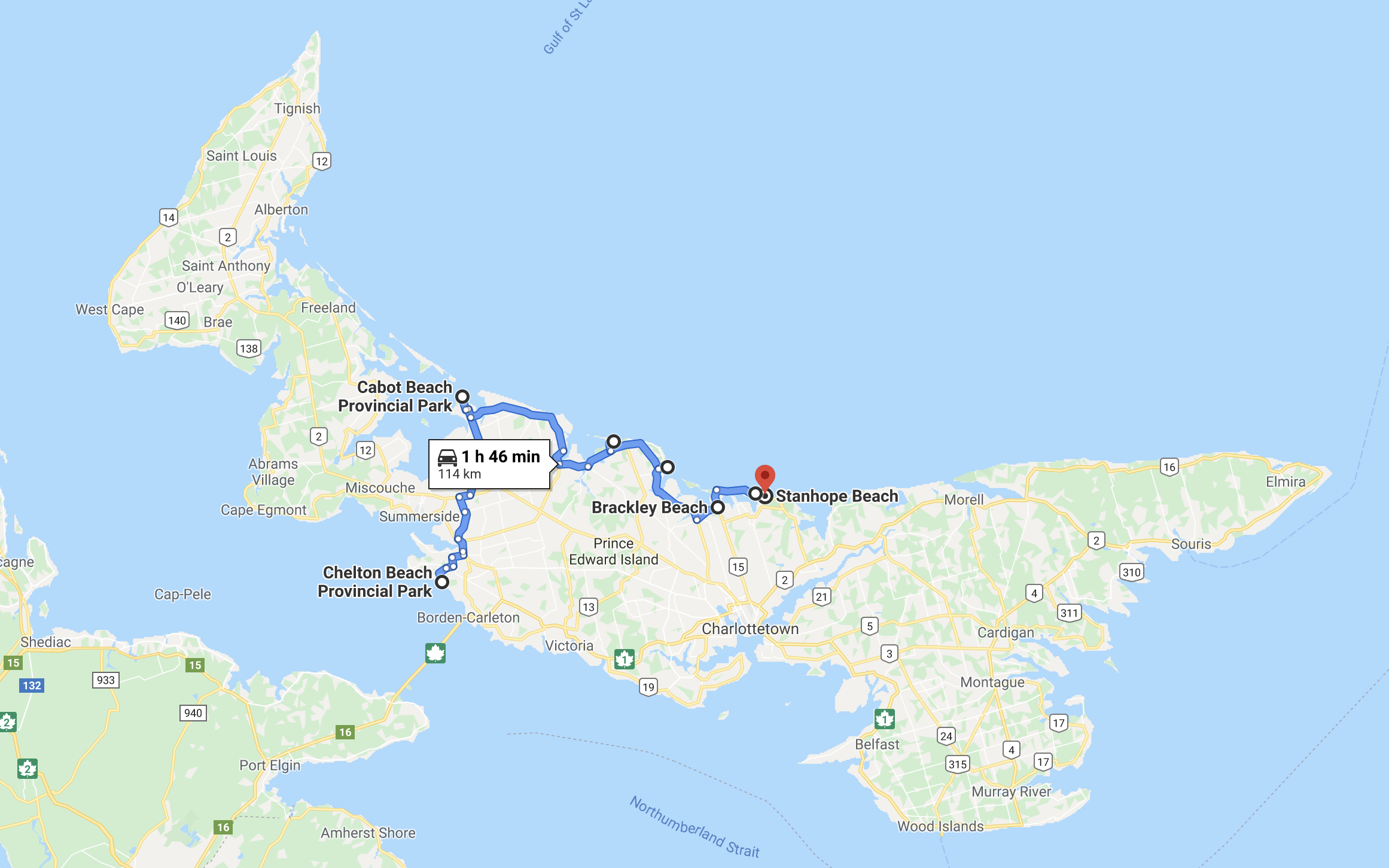