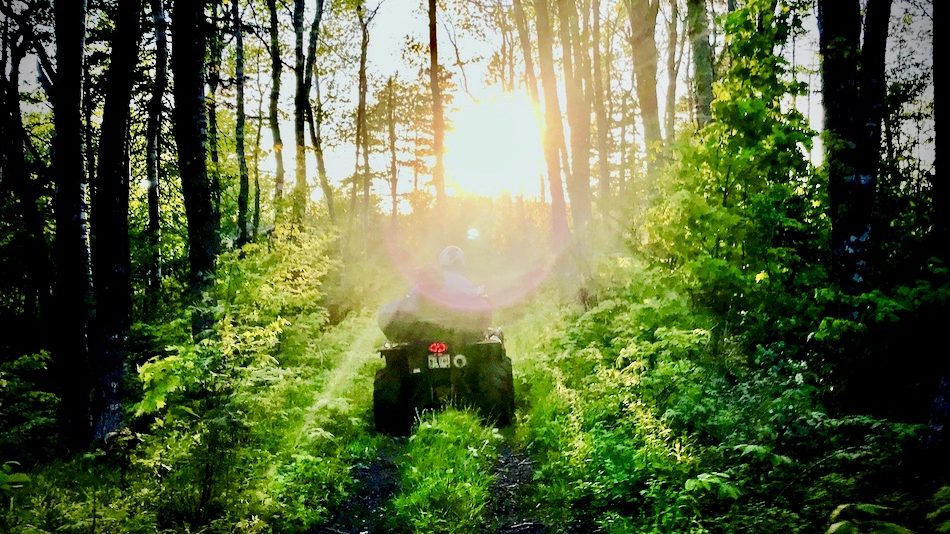 Sometimes I wonder if I enjoy the sound of a can of pop opening more than the drink itself. I don’t, of course, but my weakness for carbonated beverages goes so far that a can’s crack-snap-fizz perfectly symbolizes everything I enjoy about the actual liquid.

Now I find the same audible effect occurring when, in a split second, I press the red button on a retractable ratchet strap. That is the sound of an ATV throwing off its chains; the sound of a four-wheeler flexing its muscles in order to roll off a trailer; the sound of a quad prepping for a 42-kilometre journey from Kensington, Prince Edward Island, to the foot of the Confederation Bridge. 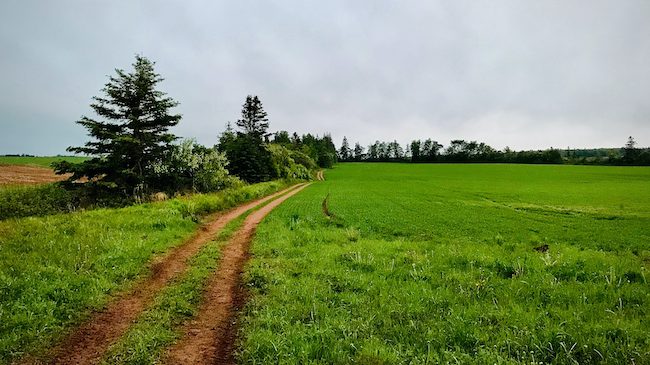 In comparison to the sport’s ingrained presence in neighbouring provinces, ATVing is a mere fledgling on Prince Edward Island. The legal trail network has met its fair share of hurdles, not the least of which are individuals who stray off trails and into farmers’ fields.

Yet for many ATVers and side-by-side owners on PEI, May 22 marked a major shift as the East Prince Quad Trax Club opened an extensive trail that begins in the thriving metropolis of Kensington (pop. 1,619).

Suddenly, ATVing in central Prince Edward Island offers destinations on a trail system that’s accessible to all Islanders within a 90-minute drive. At one end, there’s ice cream, a coffee shop, and a car wash. In the middle, there’s access to a gas station, a pub, and the PEI Handpie Company.

You go places no car or truck could ever take you.

And the trail finally culminates with absolutely spectacular views of the Confederation Bridge in Borden. 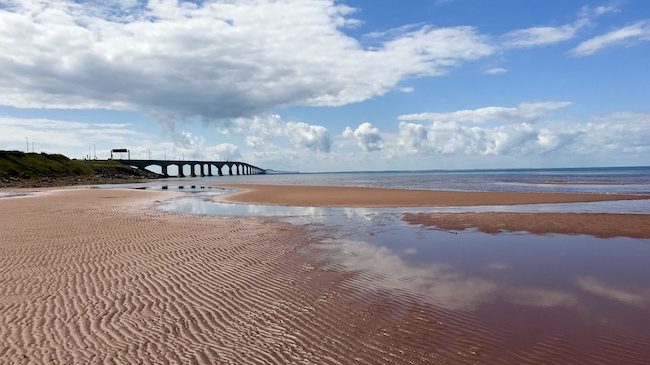 But is it the destination that matters? Or is it the journey?

Isn’t the journey at the heart of EastCoastTester?

Hasn’t the journey been the story of countless car commercials?

And haven’t billions of stories been told of journeys whilst only millions were told of destinations?

Riding an ATV through the forests and potato fields of rural Prince Edward Island is an eye-opening experience.

Whether it’s the Island’s wildlife (trademark red foxes in particular), or the views over rolling hills, or the disarming quiet when you’ve momentarily stopped to check your phone, ATVing bears no resemblance to any other motorized activity in PEI. You go places no car or truck could ever take you, you do so in the kind of comfort no dirt bike would ever allow (though ATV trail passes can be acquired by dirtbikers), and you enjoy the endlessly bright evenings that snowmobiling can’t match. 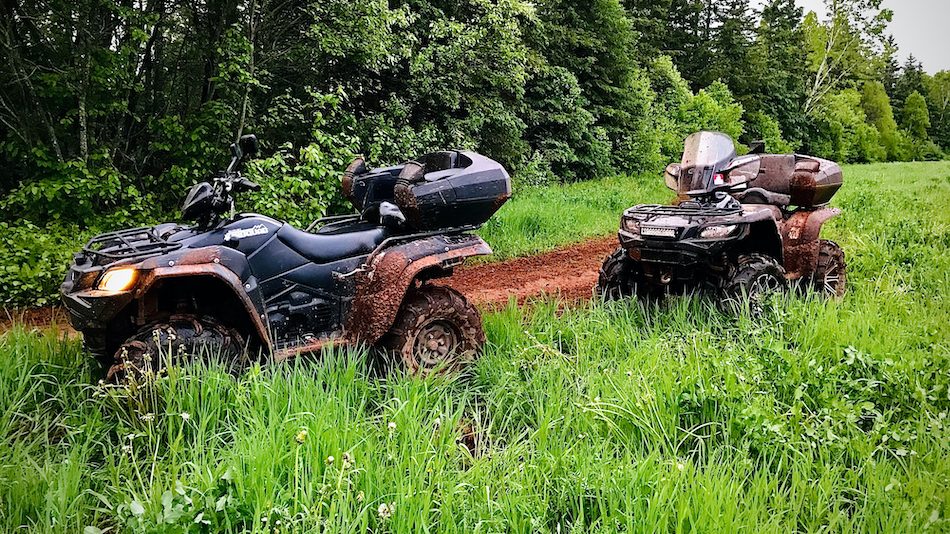 Waves of power available from the Suzuki Kingquad 750

Plus, perched atop a Suzuki Kingquad 750, you have access to waves of power in a machine as capable of drifting around every corner as it is climbing over tree trunks. The 722cc Suzuki isn’t absurdly rapid by modern ATV standards, but it’ll wheelie at will and top 100 kilometres per hour – what need I more?

The Kingquad’s accessible power is just one of the ways in which modern ATVs are simple; built for virtually any rider in virtually any demographic. There’s a fully automatic transmission and pushbutton four-wheel drive. Low range is just a gear lever’s toggle away. Your right thumb can flip the differential lock, which is rarely if ever required by the majority of riders. Thanks to ample suspension travel, ride quality is exceptional.

The rise of ATVing on Prince Edward Island

Due to their ease of use and the army of volunteers across six clubs, Eastern Kings, Red Isle, Cornwall Trail Blazers, East Prince Quad Trax, Evangeline, and Tignish Sportsman Riders, who are crafting the rapidly expanding trail network, annual ATV sales jumped 24 percent in PEI last year and have nearly doubled since 2016. (Suzuki and its Japanese compatriots own two-thirds of the market.)

In the near term, the goal of the PEI ATV Federation, says the federation’s president, Jennifer Gallant, “is to be recognized as a viable, sustainable sport on PEI”. That recognition would go a long way towards building the kind of support network necessary to “expand, build, and actually sustain the growth to something that will be manageable by future generations,” Gallant says.

Eventually, the federation’s aim is to offer tip-to-tip riding across PEI incorporating all six Island clubs. In theory, the list of possible destinations would grow exponentially.

But it will still be the story of the journey – like our 83-kilometre round-trip across the middle of the Island at 6:30 on a Saturday morning – that makes ATVing worth it. In the meantime, tighten your ratchets, buy a trail pass, wear a helmet, and stay on the trail.