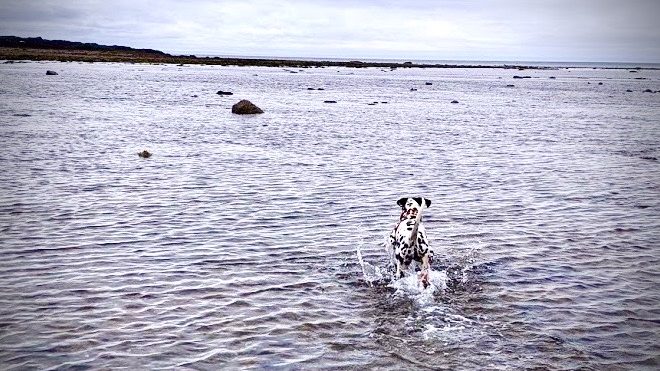 Road Trip: Walking On the Bottom of the Ocean with Dinosaurs

One of the smoothest bits of pavement in the province winds along the Bay of Fundy for hours, by fields, forest and fishing spots. Beaches that stretch on to the horizon one hour, are all but gone six hours later.

It’s Nova Scotia’s Parrsboro coast, and it’s one of your best chances to walk from mainland to island and back. Sometimes without even getting your feet wet.

Sure, walking to an island isn’t a big deal in some places. Maybe there’s a bridge, or just a berm that becomes exposed for a few hours at low tide. Even at high tide, you could wade across if you had to.

Take care when walking on the ocean floor on the Bay of Fundy, home of the world’s highest tides

Not so on the Bay of Fundy, where the world’s highest tides can come in as quickly as you walk, climbing nearly 13 metres from peak to peak.

We were on a mission to finally walk to Two Islands, a pair of islands just off the coast of Parrsboro, across from Wasson Bluff, and the namesake of the town’s brewery, an excellent place to retire to after your walk along the ocean’s floor.

We’ve tried to make this walk before, but if you’re walking on the floor of Fundy, you need to be careful. Saying that the tides will catch up with you isn’t an exaggeration, and people are not infrequently trapped by the water, leading to difficult rescue or drowning.

With low tide set for just after noon, we were on our way from Halifax by 9 am. Myself, my wife, and the real adventurer in the family, Morgan our Dalmatian. No sports cars for this trip, instead something much more commodious and trustworthy: A 2020 Toyota Sienna van.

Why a van on these great driving roads?

Because a van makes a great place to hold your beach gear, this one has rubber mats covering every inch of carpet to block sand, and because a minivan with tinted windows is a great personal changing station to drop the wet and sandy clothes for something a bit more comfortable for the drive back.

If you look at my photos, it’s easy to think that the walk isn’t much of a challenge. About a kilometre, where there’s some loose gravel and water to your ankles. But that’s because we timed the tide. I grabbed this photo from Google Earth to show you just how much land there is when the tide is high. Where the water is eight centimetres now will be eight metres in eight hours.

It’s strange walking on the ocean floor, especially where so much water will come roaring in later. We’re below sea level, and that’s a bit of a treat, too. The ground is littered with the marine life evolved to survive in this state of sometimes ear-popping pressure, sometimes burning sun.

If you want to learn more about the ancient rock here, and the fossils often found, check out the Fundy Geological Museum, which has enough dinosaur content for the kids, but enough real information for adults.

There’s no way to climb up onto the two islands once you’ve reached them. In fact, they’re protected lands because of the old growth forest, plants, and birds that call the islands home, depending on the time of year.

It’s easy to stay legal and below the high tide line when the tide tops out halfway up the cliff you’re standing at the bottom of.

Forget about getting up higher, though it isn’t all that difficult. Sit down on an ancient piece of driftwood and take in the fresh salt air and smell the ocean, which gets dry here just long enough to add fragrance without taking on the horrid smell of decaying vegetation you’ll find elsewhere.

More importantly, look back at what you’ve accomplished. 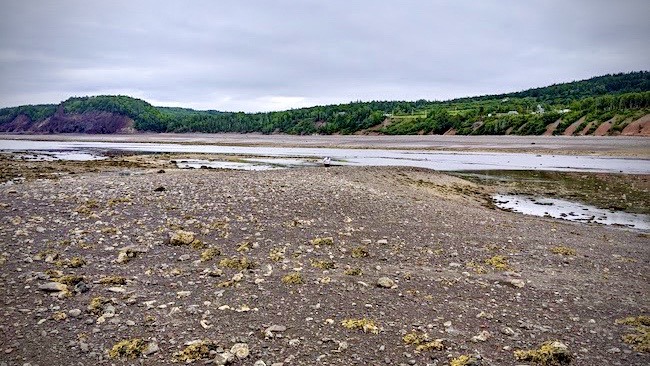 You walked across the seafloor to an island. That’s pretty cool, isn’t it?

If the drive out here wasn’t good enough, that experience is certainly up there.

Standing in the low point between land and island, look up. Imagine more than two storeys of water over your head, just a few hours in either direction. It’s humbling, the power of nature patiently carving up the world as it sees fit.

Land of the dinosaurs and Pangea

This part of the province is where the continent of Pangea appeared and then split off to form separate lands. Look closely, and this is the land of the dinosaurs. The area is home to many fossil finds and, we’d be remiss not to mention, is designated as a Special Place under provincial law.

So no taking anything you didn’t bring, and take everything you brought. Take only memories, as they say, but if you leave footprints, they won’t be there for long.

It’s not far, but walking through mud, sand, rocks, and loose cobble takes longer than you’d think, and after 20 minutes or so of sitting and watching Morgan bound through the shallow water, it’s time to head back to shore. The tide isn’t yet on its way in, but it won’t be long before the Atlantic comes rushing in far more quickly than you would have thought possible.

Most times, the car isn’t so much about the car, it’s about what it can help you do. Where it can take you. This is one of those times, where it compresses hundreds of kilometres into mere hours so that you can spend your time exploring nature instead of getting there.

A vehicle like this Sienna might not inspire you to go for a drive, but it will make it easier for you to go somewhere and do something new. With enough space that nobody needs to be touching anyone else on the long drive home. 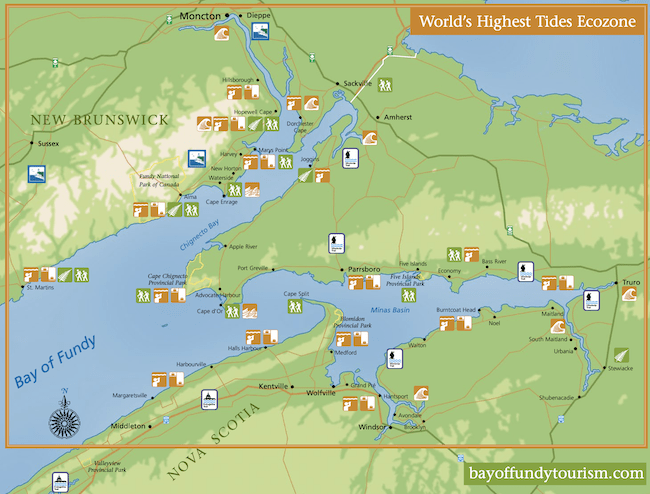