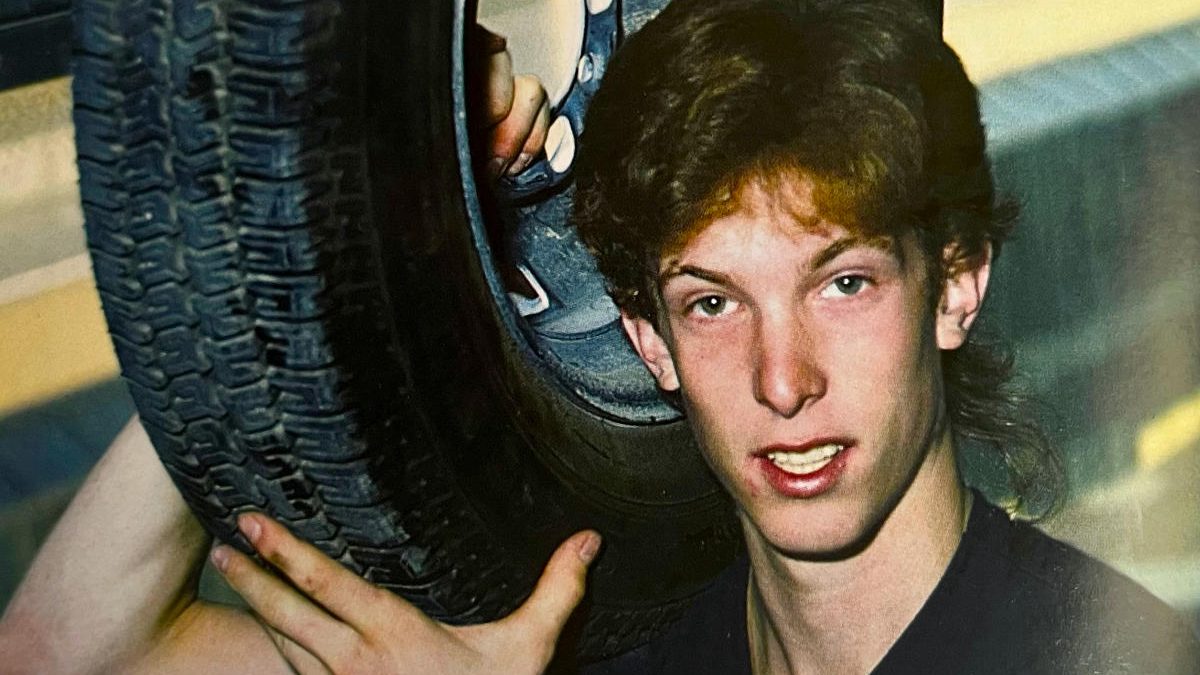 One piece at a time: Great Ascent to the top of Toronto’s CN Tower

SEPTEMBER 1989…  I was talking to Rob Hutchison, a business associate and friend, about his new assignment as Central Region Special Event Manager for General Motors Canada.

“We get stacks of requests to sponsor things and it’s tough to decide which ones to support. Some are pretty far out,”  Rob smirked, as he told me about a request to put a car into the observation deck at the top of the CN Tower.

The CN Tower, the iconic communications and observation tower in downtown Toronto, was only 13 years old at the time and still held the title of world’s tallest free-standing structure.

A year earlier, two men had carried a fridge and stove up the tower’s 1,776-step inner stairwell to draw attention to the pending United Way Stair Climb, a fundraiser that continues to this day and relies on people enticing neighbours, uncles and aunts or the corner store to pledge so much a step for them to climb the tower.

The proposal asked if GM could drive a car up the stairs a few days before that year’s Stair Climb, just three weeks away.  Organizers thought it would be the perfect hype builder.

Rob Hutchinson and I had a good laugh and got onto another topic.

That night, the idea of ‘driving’ up the CN Tower kept me awake.

Drifting off, I was convinced I could figure out how to plan, finance and pull the necessary resources together to get a car up there within the three-week window.

The concept was simple. Establish a speed record from ‘the bottom to the top’ of Toronto. The bottom would be the point closest to sea level in Toronto to which one could drive. This was the Hotel Admiral’s underground parking lot. The top? Half a kilometre above the city on the observation deck of the CN Tower.

It would be called The Great Ascent and we would get the car to the top one piece at a time.

The next week I visited General Motors Canada’s CAMI Assembly plant in Ingersoll, Ontario where they were gearing up to produce the first run of Pontiac Firefly vehicles. Then off to two other assembly plants. More engineers, line workers and more bad news about finding a car that would do what we needed it to do.

We needed the A pillars, the roof supports on either side of the windshield, to be removable which was critical in disassembling the vehicle into small enough pieces to go up the stair well.

It came down to two contenders: a Suzuki Samurai or an MG Midget. We figured if we ever found an MG Midget and took it apart, we’d never get it back together, which was a requirement at the top of the tower.

The decision went to the Samurai.

I called Suzuki Canada, presented the idea about the ascending Samurai, and they climbed aboard. Excitement was building. When Suzuki agreed to provide $10,000 to cover expenses to pull the stunt together, we were on our way.

Over the next two weeks, 65 volunteers were recruited. The start location was surveyed.

I would drive, of course. My navigator, a very capable-looking Pinkerton security guard, would carry a briefcase containing a $6,000 donation we had raised for the United Way. For security purposes, this briefcase was handcuffed to the navigator’s left wrist.

We wound our way out of the Hotel Admiral’s parking garage and headed toward the CN Tower, a 600-metre drive away.

We were welcomed by the pumped-up crew of nine technicians and 56 carriers who had come from moving companies, fitness centres, cycling clubs, and even a few off-duty firefighters.

A local disk jockey would carry the radio.

Will they manage to climb the 1,776 steps carrying the Suzuki Samurai one piece at a time? Stay tuned for Part 2 coming soon…