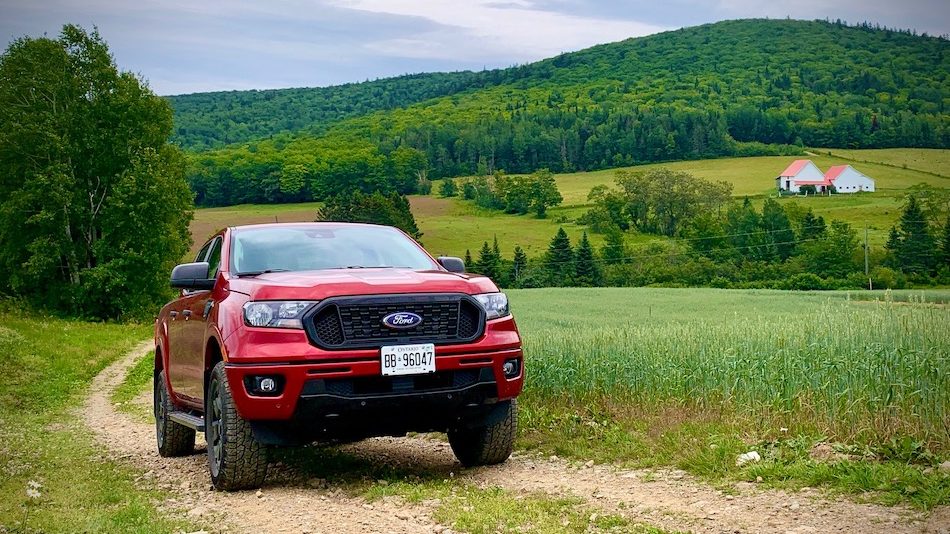 Mountain Adventure in the Middle of Nowhere, New Brunswick

We almost quit, a couple of times, on the 4.4-kilometre climb up the side of the highest mountain in the Maritime Provinces.

There were no dangerous cliffs to traverse and we didn’t have to rope up either, but we didn’t see a single soul on the 90-minute hike up the rocky trail. As expected, there was no one at the top.

The climb to the top of New Brunswick’s Mount Carleton, one of four mountains in Mount Carleton Provincial Park, is moderate for the most part, but there are many large rocks to deal with along the winding, tumultuous trail. We took the Eastern Trail but there are 10 others to choose from with varying degrees of difficulty. 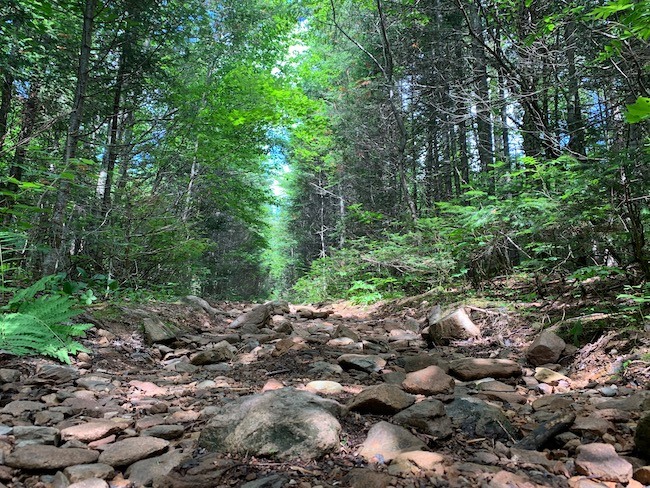 In some places, the path is so narrow and steep – trees and brush crowding the sides of the trail – it’s easy to imagine the spring runoff rushing down the mountain. With nowhere to jump out of the torrent’s way, you’d be a goner for sure.

The panoramic views of the surrounding lands are simply jaw-dropping

At 820 meters above sea level, the barren summit of the mountain is a jumble of jagged boulders and an abandoned fire tower perched atop the chaos. 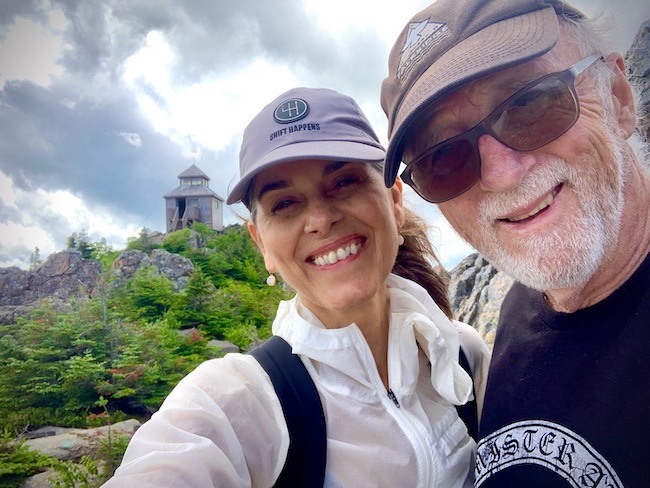 The fire tower, in use from 1923 until 1968, would have been a lonely outpost for the person who was assigned here. Mount Carleton is a highlight in the Canadian part of the International Appalachian Trail.

Climbers can take in crystal rivers and lakes, endless forests of hardwoods and evergreens. The autumn leaves must be spectacular. The 360-degree vista steals your breath away, if you have any left after the hike that brought you here.

New Brunswick is definitely not just a ‘drive-through’ province

When someone uses the term ‘drive-through province’ in reference to New Brunswick, we are always quick to interject that New Brunswick is a pretty cool place.

Anyone driving to Nova Scotia, PEI or Newfoundland from the west would be well served to take an extra day, or ten, in New Brunswick.

Get off the Trans Canada Highway, even though it is one of the nicest stretches of the TCH in the country in our opinion. Get to know the province, the diversity of what it has to offer in terms of nature and its friendly inhabitants. 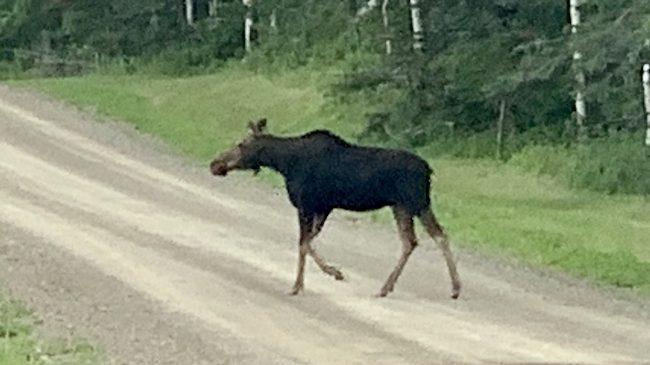 In the spirit of seeing some of the outback areas of New Brunswick but keeping within our Atlantic Bubble, we drove a 2020 Ford Ranger XLT Crew Cab from Halifax to Perth-Andover to check out some of our favourite parts of the province and discover some we’d never visited.

2020 Ford Ranger a trusty, sure-footed companion for a mountain adventure

The little red pickup truck proved useful for our beach rock collecting and carrying our star-gazing supplies. The optional off-road package gave us a feeling of confidence on the backroads. 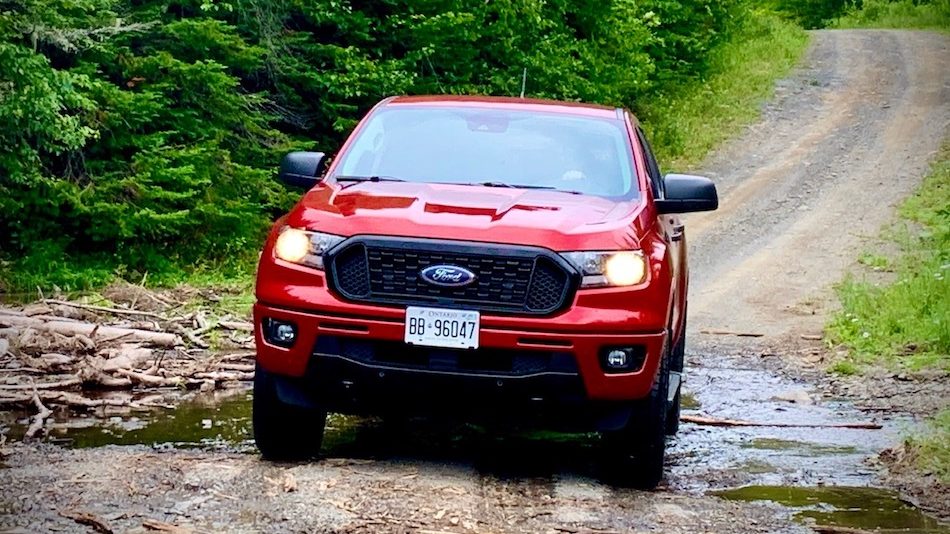 Ample power comes from the 2.3-litre four-cylinder EcoBoost engine, which is mated to a ten-speed automatic transmission and makes 270 horsepower and 310 lb-ft of torque, the highest torque output of any vehicle in mid-size truck segment.

First on the menu: Get to the top of Mount Carleton, a mountain in the middle of nowhere where cell service is long gone before you even reach the provincial park gates. If you want to get away from it all, this is the place. It’s always been a bit of a mystery to us, exactly where it is and what you do there.

Well, you climb the mountain, of course.

The drive from Mount Carleton southwest toward Plaster Rock and Perth-Andover is beautiful with lush green valleys, wide sweeping turns, smooth pavement, hardly any traffic and cute little towns like Riley Brook, along the Tobique River.

Sunsets were stunning. We watched trillions of stars appear and the comet Neowise spew its tail into the atmosphere. The area should be listed in the Dark Sky Preserve registry of world-class places to stargaze. How lucky are we Atlantic Canadians? 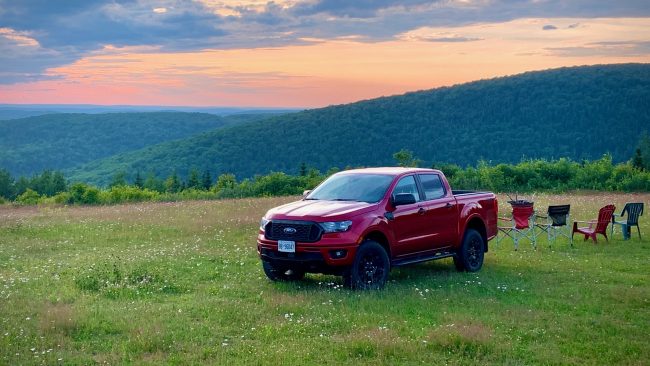 What’s next for your East Coast Tester editors?

Today, we are turning our Ford Ranger south, through the riverside villages of Kilburn, Bath and Florenceville-Bristol, a charming, historic town along the Saint John River that’s home to McCain Foods, the largest producer of French fries in the world. In Hartland, you can drive through the longest covered bridge in the world. Then it’s back onto the Trans Canada for a bit of cruise control.

We’ll continue exploring a few more New Brunswick diversions, including a maze of covered bridges and cable ferries and the highest tides in the world.

To get to Mount Carleton from Edmundston: South on TCH to Saint-Leonard, then Highway 17 to Saint-Quentin, Route 180 east to Route 385 South, where you’ll find the entrance to the Mount Carleton Provincial Park. Leaving Mount Carleton, continue south on Route 385 to Plaster Rock then take route 109 to Perth-Andover. You can cross the Saint John River here and get back on the Trans Canada, but we recommend following Route 105 south along the river to Hartland and join the TCH there.

Lisa Calvi and Garry Sowerby are your East Coast Tester Editors. We love cars, travel, adventure and meeting new people along the road.
More Posts by the Author
Top