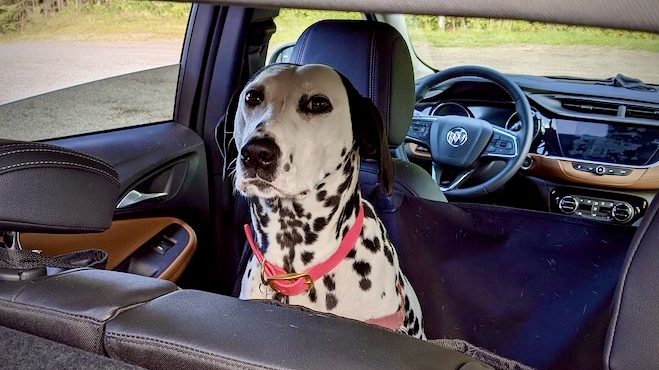 Hiking (and eating) our way through the middle of Nova Scotia

The interior of Nova Scotia is often ignored, playing second fiddle to the coastline. Evan Williams recommends heading inland and discovering the forested heart of the province. And pancakes.

It’s normally the coastline that gets the attention in Nova Scotia (and the rest of Atlantic Canada, for that matter, but bear with me here). Lighthouses, seafood, dramatic views of rocks and water, plus loads of marshes and swamps.

The middle of the province gets ignored, playing second fiddle. But when you’re tired of staring off over the horizon, head inland for some fun.

That’s what we did this last weekend, loading up Morgan the Dalmatian into the back of our EastCoastTester, a 2020 Buick Encore GX, and heading not for the beach but the forest. 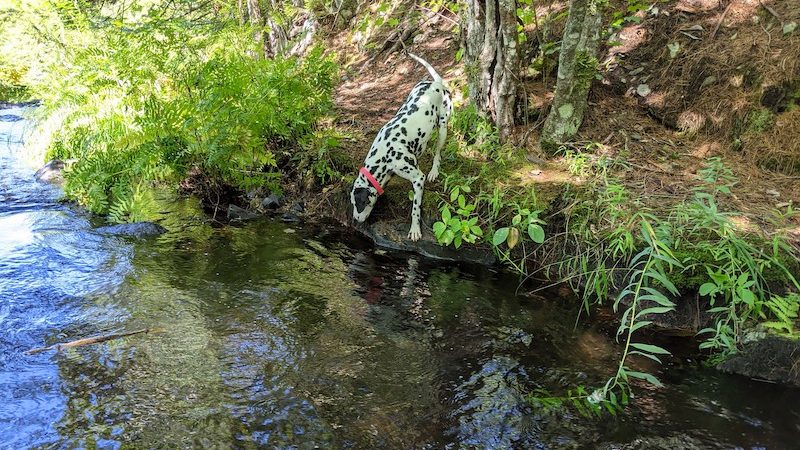 Our destination, Dean, home to what our trail book calls an easy four kilometre hike to a quiet waterfall. Turns out that it wasn’t exactly easy, or four kilometres.

This summer’s lack of rain meant that there wasn’t much of a waterfall. But it was still gorgeous and a great way to spend a sunny day. Especially since we found some pancakes for lunch.

We were expecting a nice drive through the country, following NS 277 and 224 through the centre of the province. Past Carroll’s Corner and Cooks Brook before passing through Middle Musquodoboit (has there ever been a Middle, Upper, and Harbour so far apart?).

While they aren’t major highways by the province’s numbering system, they are some wonderful stretches of pavement that twist and wind through river valleys, giving broad vistas over fields and livestock.

That’s what we were expecting.

Apparently, last weekend everyone and their neighbour decided it was time to sell everything

What we weren’t expecting was yard sales.

Apparently, we missed a memo, and last weekend was the weekend where everyone and their neighbour decided it was time to sell everything they had on some poorly arranged tables in the front yard. That meant more foot traffic than these roads would see every other day of the year combined, and loads of cars and trucks parked off of, mostly, the highway.

Each time we’d pass another cluster and get back to the speed limit, there they were. More yard sales. We must have passed more than 100 starting in Elmsdale and seemingly never-ending.

Want some chairs that had seen better days 30 years ago? How about seating for 30? Clothes that were out of style before the war? Got that too! Just about any item you could imagine, then each table had 10.

I joke, but I thought long and hard about tossing a snowblower into the back of this Buick, ready for winter. I think one would have fit. 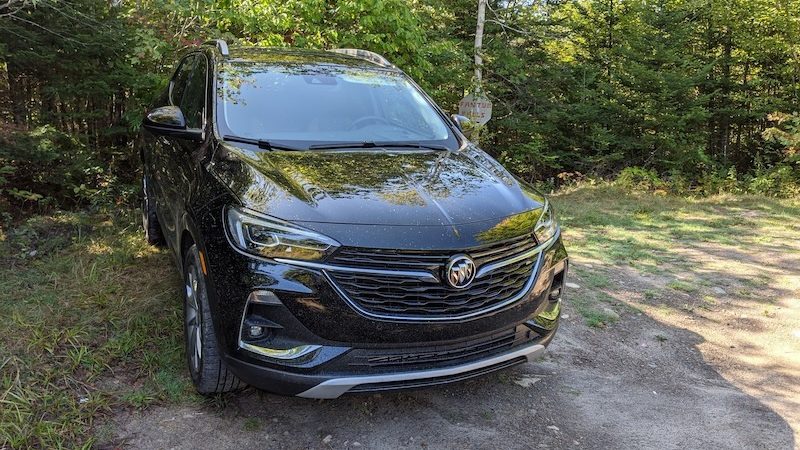 Finally arrived in Dean, we pulled off the road to get to the trail. Along the dirt road, with road being a generous way to name it, about 5 kilometres back into the woods, I started to remember why crossover vehicles were so popular. My car may have crossed the rocks and puddles safely, but I’d be worried about the underside.

The Encore GX, like all crossovers, has slightly more ground clearance (and AWD, not that it was needed) and gave us no worries crossing the path to the falls.

After an hour-long hike each way, plus another sitting by the falls listening to the sound of the water, unable to hear even the slightest sounds of civilization, we were thoroughly relaxed. 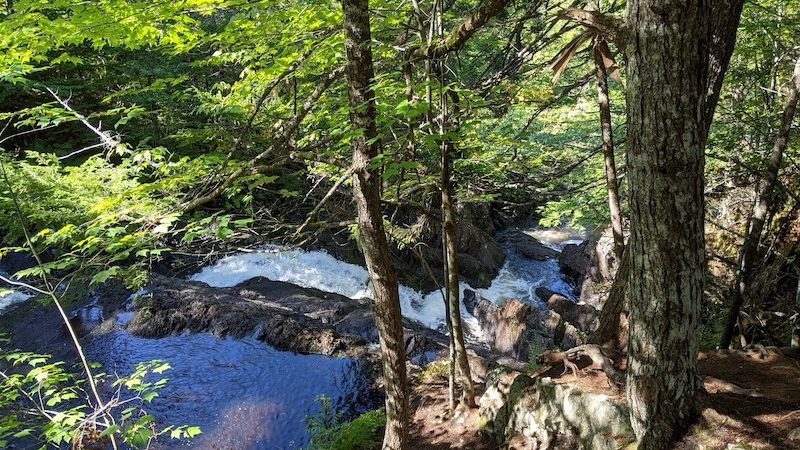 It was time for a late lunch, so it was off to Sugar Moon Farm for some maple syrup, pancakes, and coffee with maple whipped cream.

That drive is when we were reminded that sometimes navigation in Nova Scotia isn’t as easy as typing a destination into the GPS. The Buick’s Nav system kept trying to send us up ATV trails and cart paths.

What should have been a quick drive slowly grew longer, with U-Turns and backtracking. But hey, a drive’s a drive, right? It was still fun.

Finally, pancakes. With bacon and sausage. Once again in the middle of the province, far away from any shores. Now, if you’ll excuse me, I’m having a bit of a sugar crash from that sweet, sweet syrup.