Since 1903, Crayola Crayons have come in many varieties of red. There’s Brick Red, Maximum Red, a fluorescent Radical Red that came out in 1972, a magic scent red called Earthworm in 1997 and Big Dip o’Ruby in 2001.

But not a single Fire-engine Red.

If the Crayola Crayon executives were to drive through Port Howe, Nova Scotia (near Oxford), they would surely be inspired by the eye-catching example of that colour parked in the yard at Sunrise Salvage, an auto recycling enterprise owned by Larry Rushton.

The fire-engine red 1948 Chevrolet Thriftmaster Fire Truck, with the words ‘Oxford Volunteer Fire Department’ on the doors, also belongs to the Rushton family and has quite a history. 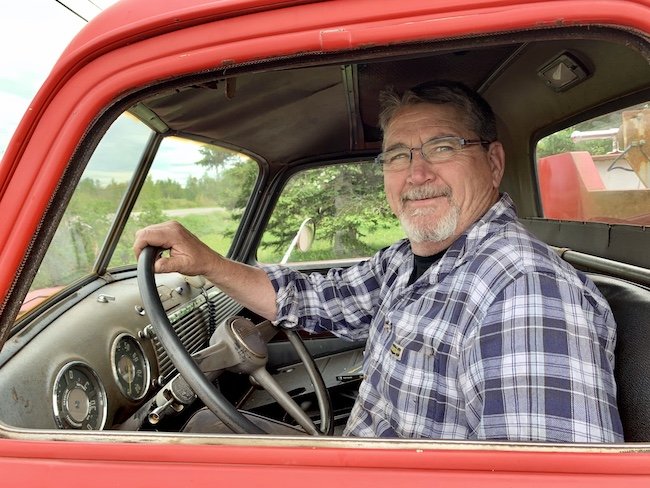 Under the hood of the 72-year-old truck is Chevrolet’s stalwart engine, a 3.5-litre (216 cubic-inch), straight six-cylinder producing 92 horsepower. Chevrolet used versions of this engine from 1929 through 1954.

The Town of Oxford owned the truck but it was blue then. It had a flat-bed on the back and single wheels. When the Oxford Volunteer Fire Department got it, Larry was just a kid but remembers going with his dad, Fire Chief Allan Rushton, down to the station to watch the crew build the back on the fire truck by hand. 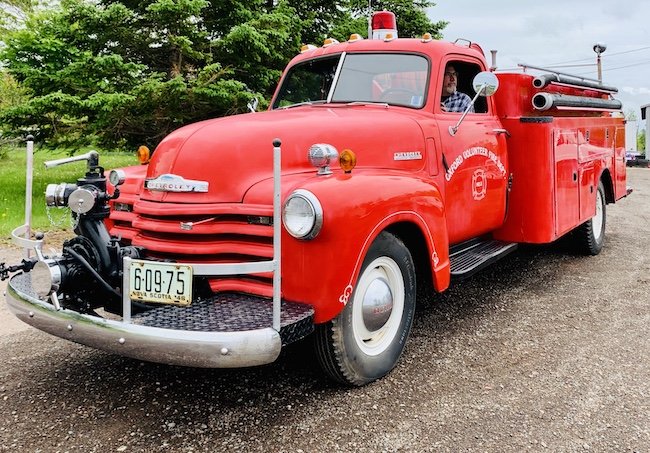 Dual wheels were added and it was painted red.

Once it came out of fire-fighting service, the truck was neglected for a while. Allan Rushton was the only one who worked on the vehicle, maintaining it for various town functions. 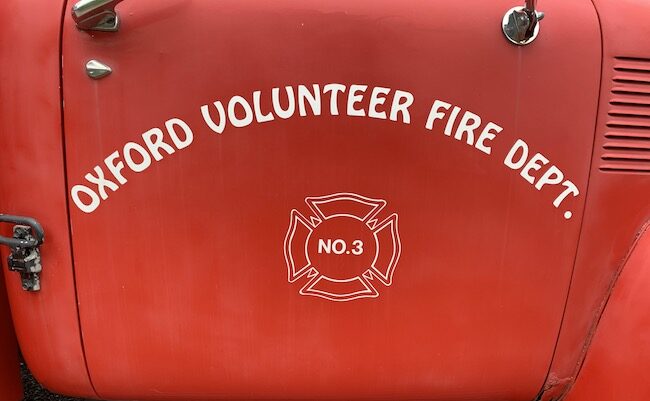 Larry recalls the whole family buffing the paint to get it ready for Oxford town parades.

When the time came to make a decision about what to do with the fire truck, the firefighters all agreed it should go to the Chief. The truck, though, still belonged to the Town of Oxford. The Town agreed to give the Chevrolet Thirftmaster Fire Truck to Allan Rushton with the stipulation that it never be sold outside of the Rushton family.

Sweet deal. Sweet heritage truck with only 4,377 miles on it that still fires up on the first try. 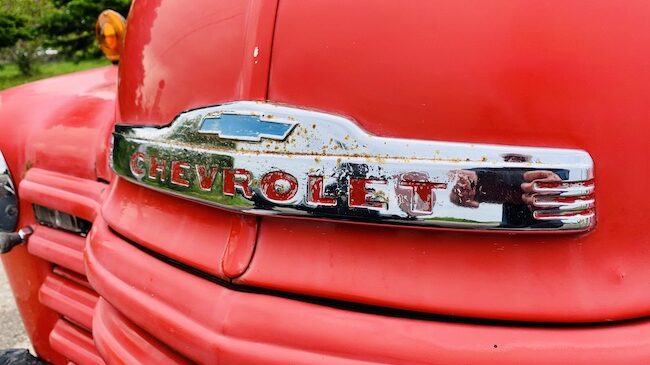