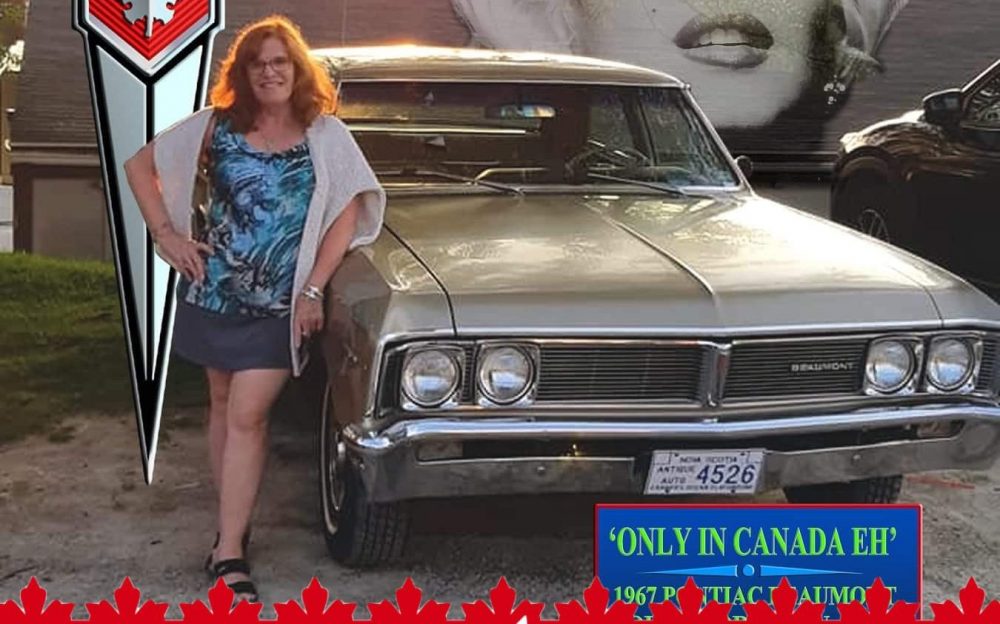 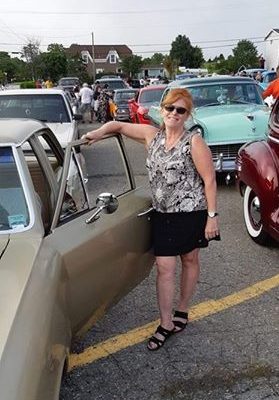 Jane Power, a self-proclaimed car-crazy gal since five years old, has owned this classic Canadian beauty for 21 years, almost to the day. She’s enjoyed every moment of it, travelling to shows and cruising 24,000 miles (38,625 km) in it… so far!

She has lovingly maintained both the vehicle and the original paperwork, bill of sale and advertising brochure.

It was originally purchased August 8, 1967 from LaHave Dealership in Bridgewater, Nova Scotia, by the late Captain Ruey Sarty. The Captain took great care of this car.

When Jane bought the car in August 1999, she spoke with Parts Manager at the dealership,  Lester Whynot. He told her the Beaumont had been the Sarty family car and was carefully stored in a garage whenever the Captain was away at sea.

A truly Canadian car, built from 1962 until 1970, at the GM Canada Plant in Oshawa, Ontario, the Beaumont model started as a deluxe trim offering in the Acadian lineup, but later became its own brand. 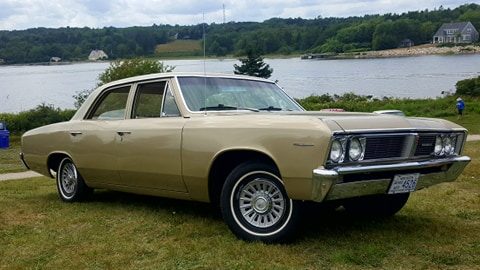 The Acadian brand was Canadian-exclusive and a response from General Motors when the Auto Pact of 1965, signed by Canada’s Prime Minister Lester Pearson and U.S. President Lyndon Johnson, prohibited sales of certain American-made cars in Canada.

The logo of the Acadian was an arrow, similar to that of the Pontiac brand, but added two maple leafs. 🇨🇦 🇨🇦

The vehicle was modelled after its American cousin, the Chevelle, but also borrowed Pontiac design and parts, hence, the nickname ‘Cheviac’. 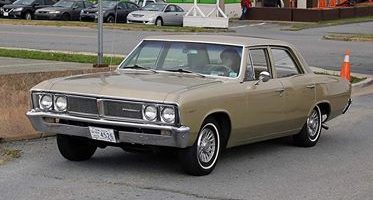 From 1966, the Acadian name was removed and Beaumont became a standalone marque, sold by Pontiac-Buick dealers. In 1970, the model was discontinued.

Jane’s Beaumont was built in Oshawa in April 1967. It has a straight six-cylinder engine and two-speed Powerglide transmission.

The Little Canadian Beaumont from Nova Scotia has even been featured in the Chevy Classic International Magazine.

According to Jane, “It’s a pleasure to drive. Love the standard steering and standard brakes. It’s a cruiser of comfort for its day and still is very much, today.”

With a twinkle in her eye, she adds, “When I drive it, I become Lady Beaumont.”