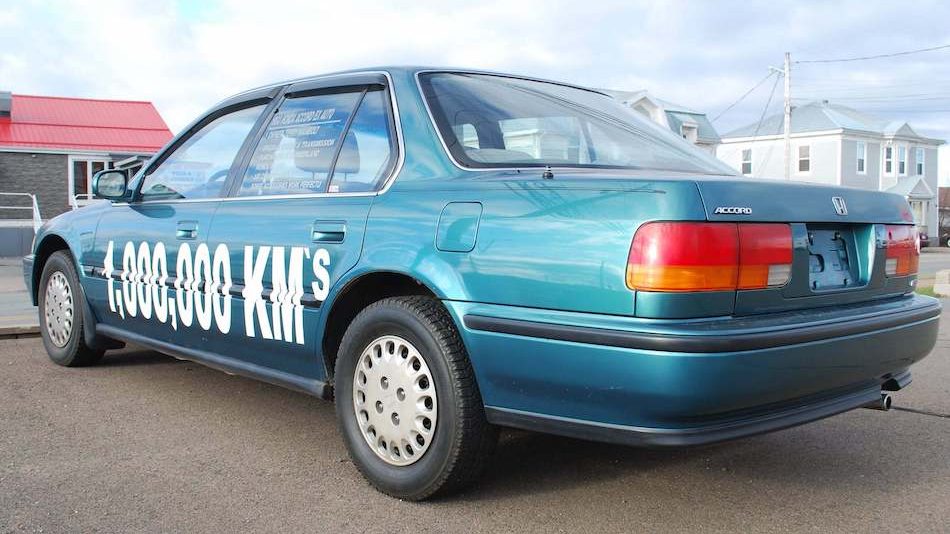 *Note: Since this million-kilometre vehicle was spotted in Truro three years ago, we’ve heard that it no longer exists 😢

It’s said when a person really likes something, they tend to keep it a really long time. The owner of this 1993 Accord, our East Coaster of the Day, must have been very satisfied, indeed.

Purchased new by Terry Wambolt at Cumberland Honda in Amherst, Nova Scotia, this Atlantis Green hued Accord EX had rolled up nearly one million kilometres on its odometer – 999,848.9 km to be exact.

One million kilometres is equivalent to the distance from the moon and back … and then halfway there again. Put another way, one would have to drive clear across Canada – from Victoria, B.C. to St. John’s, Newfoundland, a total of 134 times in order to rack up that amount of mileage. 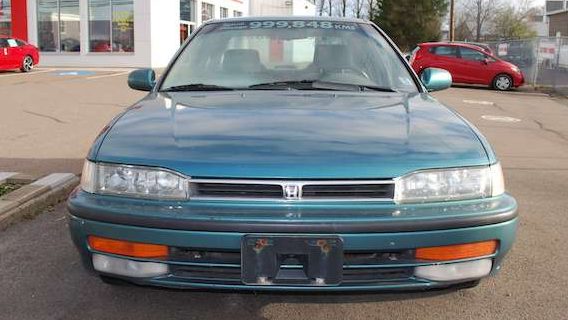 Equipped with the original 2.2-litre four-cylinder engine and automatic transmission, this car was proof that a fastidious maintenance regimen goes a long way … literally.

The bodystyle of this Accord seen here was produced from the 1990-1993 model years. Cleanly styled with a sensible interior, this iteration cemented the Accord in the minds of North American consumers as one of the top choices for family transportation.

Its sixteen-valve, 140-horsepower engine featured an aluminum-alloy cylinder head and engine block, big news in the early 1990s. In Canada, customers could choose from DX, LX, EX, and EX-R trims.

Generally, though, Honda customers simply took what they could get, given that the sedans sold like proverbial hotcakes. 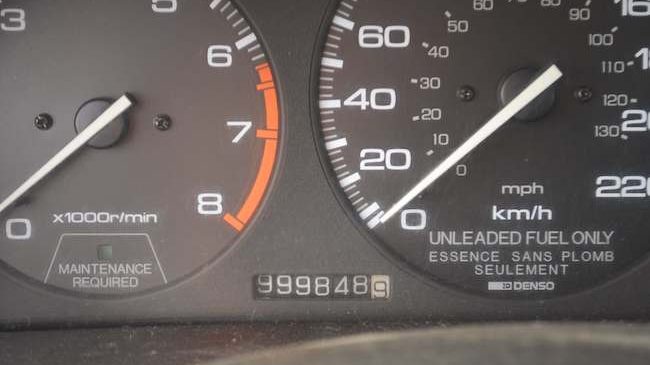 Terry, a mechanic, was the only registered owner of the car.

Cars with mileage like this don’t come up very often but when they do, they are sometimes tired old rattle traps whose main features and accessories rarely work. Not here. Every power option worked flawlessly.

Windows smoothly zipped up and down, the hood opened without hesitation, and the doors exhibited nary a hint of sag. Terry, through skill and a cabinet full of tools, was able to correct common problems such as these before they got out of hand.

Inside, too, the Accord was a time capsule. Its plastic and cushioned dashboard showed no cracking, while the controls, logically laid out, were a testament to early-90s Honda design. Simple buttons and knobs for the heating and ventilation had a satisfying heft, recalling days when engineers and designers were free to create usable controls without hewing to the demands of touchscreen this and infotainment that. 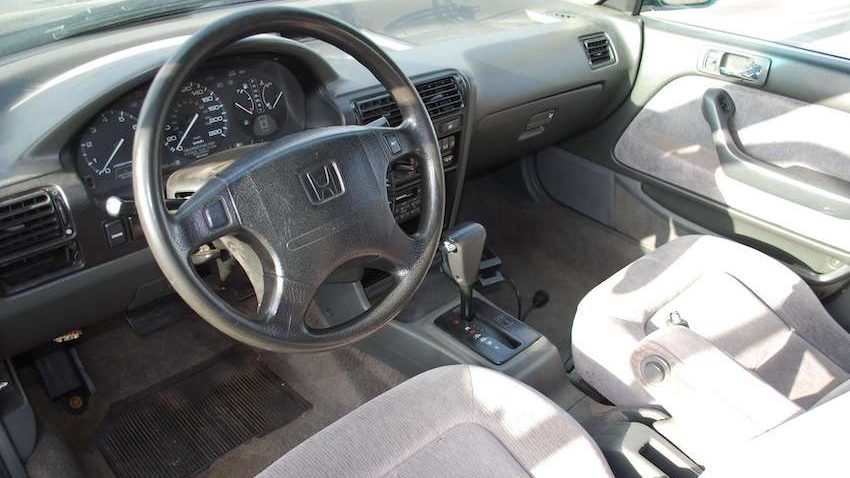 Terry’s mechanic work frequently took him around his part of the province, helping to explain the mileage and putting an exclamation point on the importance of preventative maintenance. Frequent oil and filter changes (and even more frequent oil-only changes) allowed the F22 engine to motor almost all the way up to the magical million mark.

This could have easily passed for a car with one quarter the mileage.