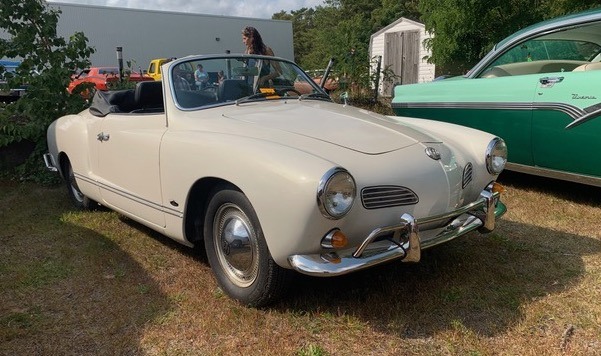 In the 1950s, Volkswagen Beetles were selling like hotcakes. VW had worked extensively with Wilhelm Karmann and his family’s prolific Karmann coach building enterprise. Karmann wanted to build a sports car using the chassis and mechanical workings of the successful Beetle. Volkswagen was interested in a halo car.

The result of this collaboration (with a little Chrysler thrown in) was the Volkswagen Karmann Ghia coupe, which debuted in 1955. A convertible came out in 1957.

The sleek and sporty car was an instant hit. For a time, it was VW’s most expensive, luxurious passenger vehicle, costing twice as much as the Beetle. It became the car most imported in the U.S.

Volkswagen produced 445,000 of the unibody cars from 1955 until 1974. The design was virtually unchanged in its 19 years of production. And a beautiful design it was, hand-built with no bolted-on fenders, the body was one piece, giving it a distinctive look.

Despite the fact that it looked like a sports car, it wouldn’t win many races. Volkswagen pointed this out in its own marketing campaigns, poking fun at itself, perhaps endearing it even more to would-be buyers.

When Simon was a college student, he bought his first car, a 1957 VW Karmann Ghia coupe, sparking a lifelong love affair with one of the world’s most special vehicles.

He’s had this creamy white 1965 convertible for 32 years! When he bought it in Halifax, he had to buy the car and the contents of the garage it was in, which included bits and parts of other Karmann Ghia vehicles.

Simon had every intention of driving his, so all modifications were to make the car more driveable.

He replaced the original 1300 cc engine with a 1600 dual port which he oversized to 1641. He modified the suspension, installed a high-lift camshaft, Rumble exhaust and a heavy sway bar with heavy-duty gas shocks. He also upgraded from 6V to 12V. 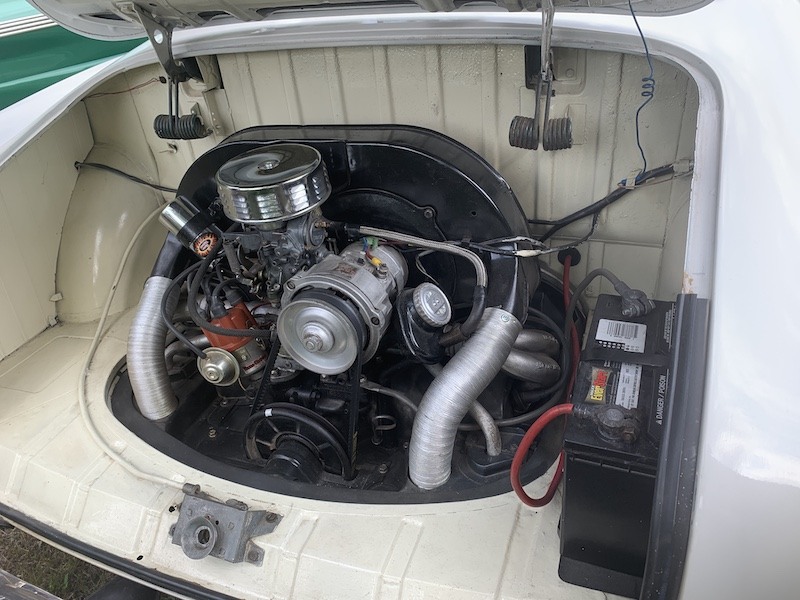 The interior of his ’65 is actually from a 1972 Karmann Ghia (included in the contents of that garage). The seats with head rests were the deciding factor, in the name of safety and driveability. 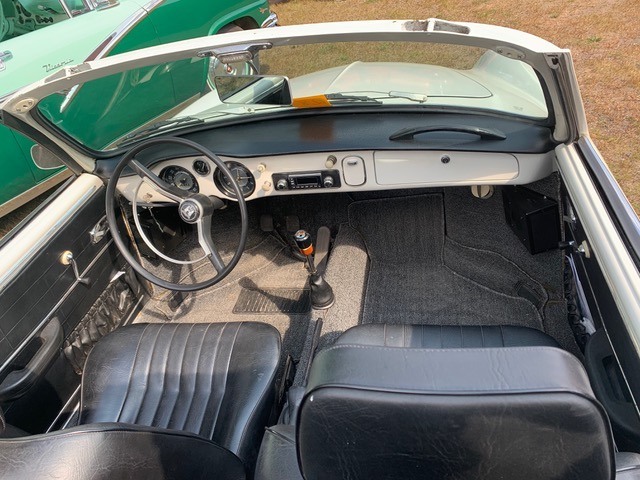 His well-loved beauty has never seen a dirt road.

Simon has passed his passion for Volkswagen and the iconic Karmann Ghia down to his family. We don’t imagine that was too difficult. What a sweet car!