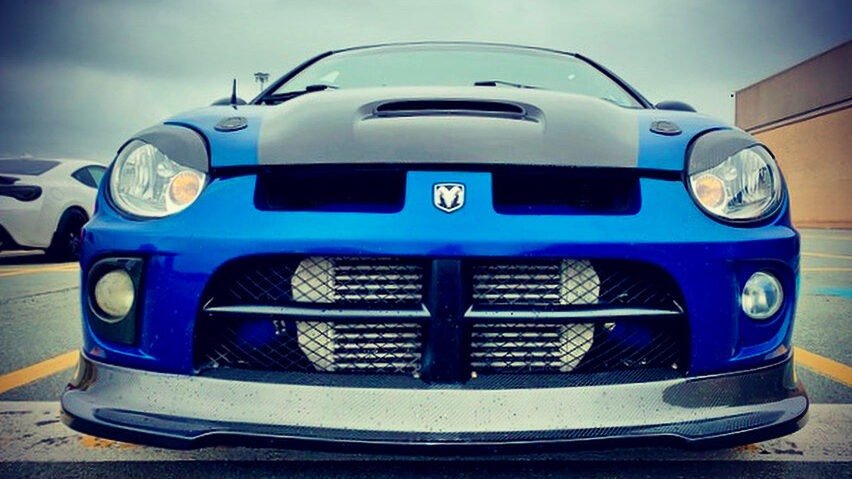 We heard it before we saw it. A low bass rumbling with a higher-pitched blatting and the occasional pop-pop.

The gathering in the parking lot, people mixing and mingling amongst the line-up of tuned Honda Civics, Hyundai Elantras, a gunmetal-grey Dodge Charger, a sexy Fiat 500 Abarth, a Mercedes-Benz S500 sedan with blacked-out wheels and windows, heard the rumbling too. Everyone turned toward the sound.

Around the corner came the obvious star of the show. A 2004 Dodge Neon SRT4 in cobalt blue with touches of black.

It wasn’t actually a show but a car meet, a group gathering in Dartmouth on a foggy Friday evening with a plan to cruise to Peggy’s Cove. This is just one of so many groups that come together online and in person to talk about, compare and admire one another’s rides. This particular group featured people mostly in the 20-to-35-year range that just love their rides.

Shiquell Downey, the proud owner of the hot Dodge SRT-4, tells us he’s only had the car for about 10 days. He traded his Yamaha motorbike for it, which must have been a difficult trade to make.

The concept for the Dodge Neon SRT-4 sprang from the mind of Tom Gale, designer of Dodge’s supercar, the Viper, when he attended the SEMA show in Las Vegas in 1998 and noted the list of performance features on sport compact cars. He wanted to tap into the burgeoning tuner market and attract the younger demographic of car lovers.

When the Dodge Neon SRT-4 first went on sale in 2003, it was the second fastest production vehicle in the Chrysler/Dodge lineup, second only to the Viper.

A three-inch turbo back straight pipe exhaust announces the car’s arrival. With carbon fibre everything, including fog light covers, armrest, eyelids, front lip and Seibon hood, the car is light, fast and fun.

It has a wicked sound system and even a roll cage in the back.

Peering inside, we admired the quick-release race steering wheel by MOMO. Shiquell’s partner, LJ, smirked as she said: Yeah, he takes it inside every night.