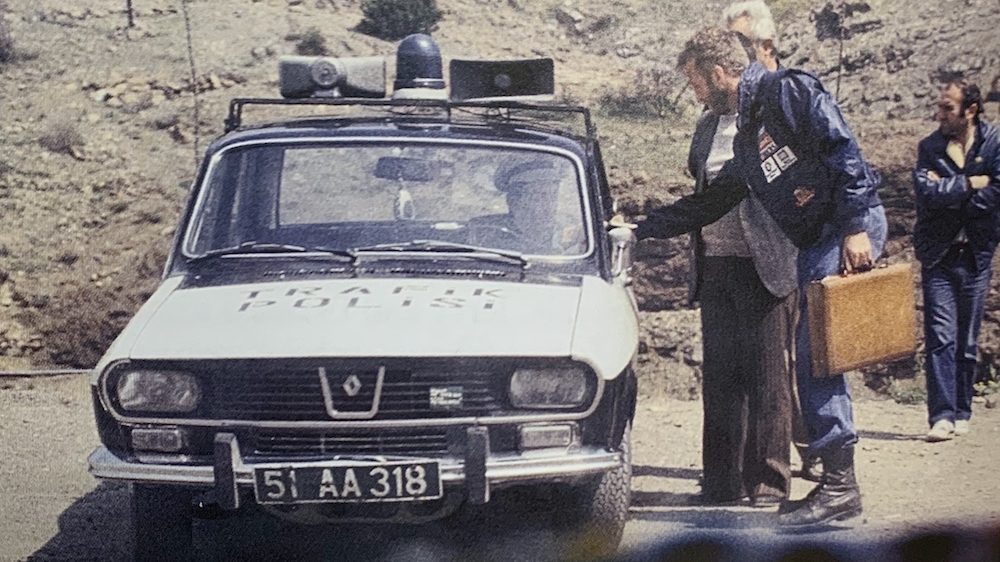 In 1995, in the early days of the Information Highway, we set out on a month-long expedition to document a day in the life of children in Turkey and transmit the information to schools all over the world.

After a month on the road filing daily reports to sixth graders in Canada, Belgium and Japan, I was looking forward to the drive from Istanbul, Turkey to Frankfurt, Germany.

The 3,000-kilometre route through Greece, Italy and Austria would avoid political problems in the Eastern Europe and give me a chance to relax and reflect on what had just transpired.

Feedback from the children’s teachers indicated the real-time geography experience had spurred a surprising level of classroom excitement. I had worked a few research exercises into the reports giving the participating students around the world math problems related to horn-blowing frequencies in downtown Istanbul, jet lag explanations and time zone quizzes.

Drawing parallels between driving expeditions and marble tournaments played at recess had become the basis of the way I looked at things. 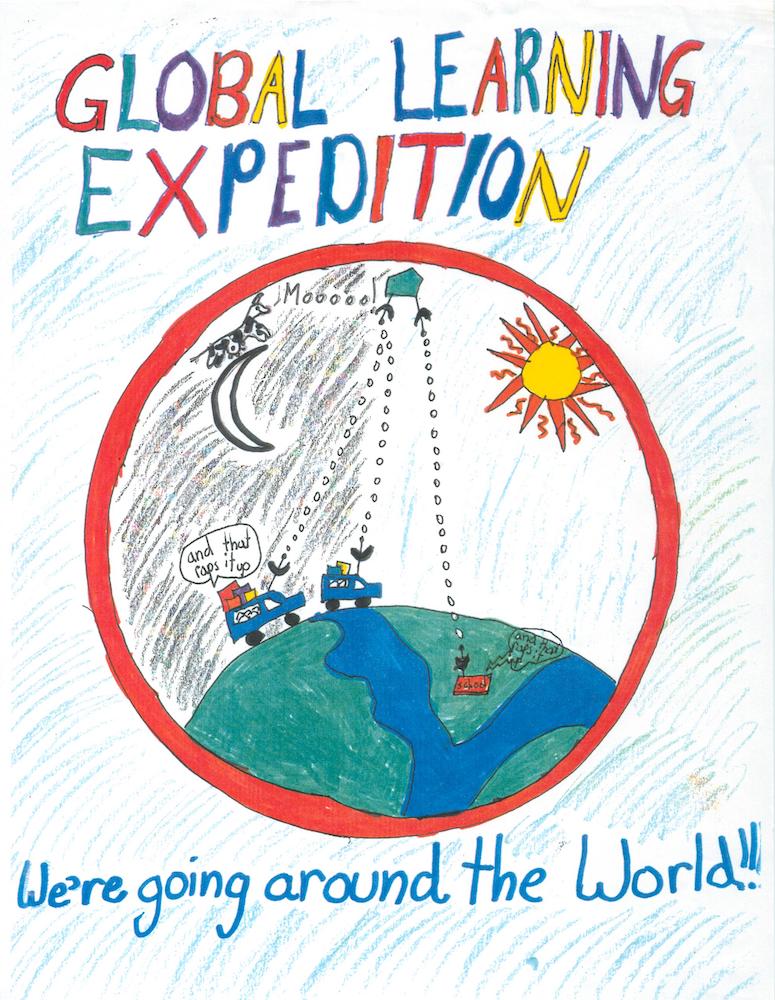 At the time, in 1995, interactively experiencing an event taking place thousands of kilometres away over the Internet was a relatively new concept. Doing it simultaneously in 12 different classrooms as part of a geography lesson made it even more novel to the few hundred students involved.

The lesson had been divided into three phases. Getting from Canada to Istanbul, preparing for the expedition then two weeks of exploring Turkey while interviewing sixth-grade Turkish students were all part of the curriculum.

Before leaving Frankfurt at the start of the project, I had asked my ‘virtual’ students for drive route suggestions.

They would need to take into account the war in Serbia and fuel shortages in Romania. Only a few predicted my route over the Alps and down to Brindisi in southern Italy to catch the overnight ferry across the Adriatic Sea to Igoumenitsa, Greece.

From there, I drove a Chevrolet Blazer, provided by General Motors, to Turkey. I spent a week holed up in sweltering Istanbul, waiting for the techno-bits and the staff from GlobaLearn, the Connecticut-based educational company with which we had partnered, to arrive.

Our few days in Istanbul meant filming street life and learning the Turkish word for yes, no and goodbye

In the meantime, Toronto videographer Jerry Vienneau flew in and we gathered equipment for the upcoming Turkish learning expedition. We went to meetings in ornate buildings while Jerry filmed street life.

We even picked up a few Turkish words in the process. The rug shop ‘sales consultants’ selling their wares by the daunting Blue Mosque suggested ways for us to remember basic vocabulary that would help us during our stay in Turkey.

They explained that the Turkish word for no is hayir (pronounced higher) and yes is yavet (pronounced like the name Yvette). It was more difficult  to master the word for goodbye – Allahismarladik.

Realizing we would have trouble with that word, the rug shop language tutors assured us if we said ‘Allah’s-marble-dick’ as fast as we could, it would pass for goodbye. It was hard to say their well-meaning phrase without smiling a bit, which made us look very friendly whenever we said goodbye.

After the folks from GlobaLearn arrived, we packed the Blazer with a mountain of computer and communications equipment, leaving barely enough room for Jerry and me. Then, with the GlobaLearn staff following in a rented van, we commenced our two-week driving tour of Turkey.

Our goal was to document a day in the life of three Turkish children, each from a different socio-economic background

The expedition, based on a 2,000-kilometre tour of west and central Turkey, took us to the thermal springs of Pamukkale and to the Cappadocia region where weird rock formations have produced a surrealistic panorama. We felt like we were in the land of the Smurfs.

In each of the areas, we spent a day interviewing a child with the goal of beaming our reports by satellite onto the Internet for the participating schools. Transmissions were also directed to Brussels, Belgium for inclusion in a G-7 Ministerial Conference on the burgeoning Information Highway.

The child encounters were gratifying and a lot of fun. To transmit the reports, we ended up using the back-up to the back-up plan on all but one occasion. The satellite up-link equipment had become quarters to a brigade of gremlins and even when we managed to lock onto the proper satellite, we played roulette with a file of access codes that rarely worked.

The modems wouldn’t modem, the computer programs wouldn’t compute and then an inverter blew, turning the techno-wizardry into techno-nightmare.

We resorted to plugging a portable printer purchased from a taxi driver into the Blazer’s cigarette lighter receptacle to get a hard copy that was faxed to our office in Canada for insertion on the appropriate Internet web sites.

After two weeks on the road, we returned to Istanbul and bid farewell to the GlobaLearn people who flew back to the United States.

Jerry and I dropped by a couple of rug shops to say Allahismarladik to our favourite sales consultants. They were, of course, impressed by our hayirs, yavets and especially by our proficiency with the goodbye word.

The next day, I dropped Jerry at the airport for his flight back to Toronto then inched my way out of Istanbul’s gridlock towards the Greek border. No sweat  –  get out of Turkey, head across Greece to good old Igoumenitsa, jump the late night truckers’ ferry to Italy then high tail it up the autostrada to Germany.

I’d be in Frankfurt in a couple of days.

With only 50 kilometres of Turkey remaining, the inevitable happened. I crested a hill and there he was, one of Turkey’s finest waving me over. The crisply dressed officer gave me a stern look as he drew pictures in his notebook of a Blazer passing a Toyota on a solid line.

“Yavet.” I remembered the broken-down Toyota filling the lane and the double line I had to cross to get around it.

“Money?” Here. How about a half million Turkish lirasi? Fresh new bills I got here, buddy. More hayirs and yavets as my new friend slid the bank note into his pocket. Then he smiled and nodded in the direction of the Greek border.

I looked him in the eye and gave him my best Allahaismarladik. He slapped me on the back like a father congratulating his kid for a game well played.

Then I motored west into the sunset, trying to wipe the grin off my face before hitting the Greek border.