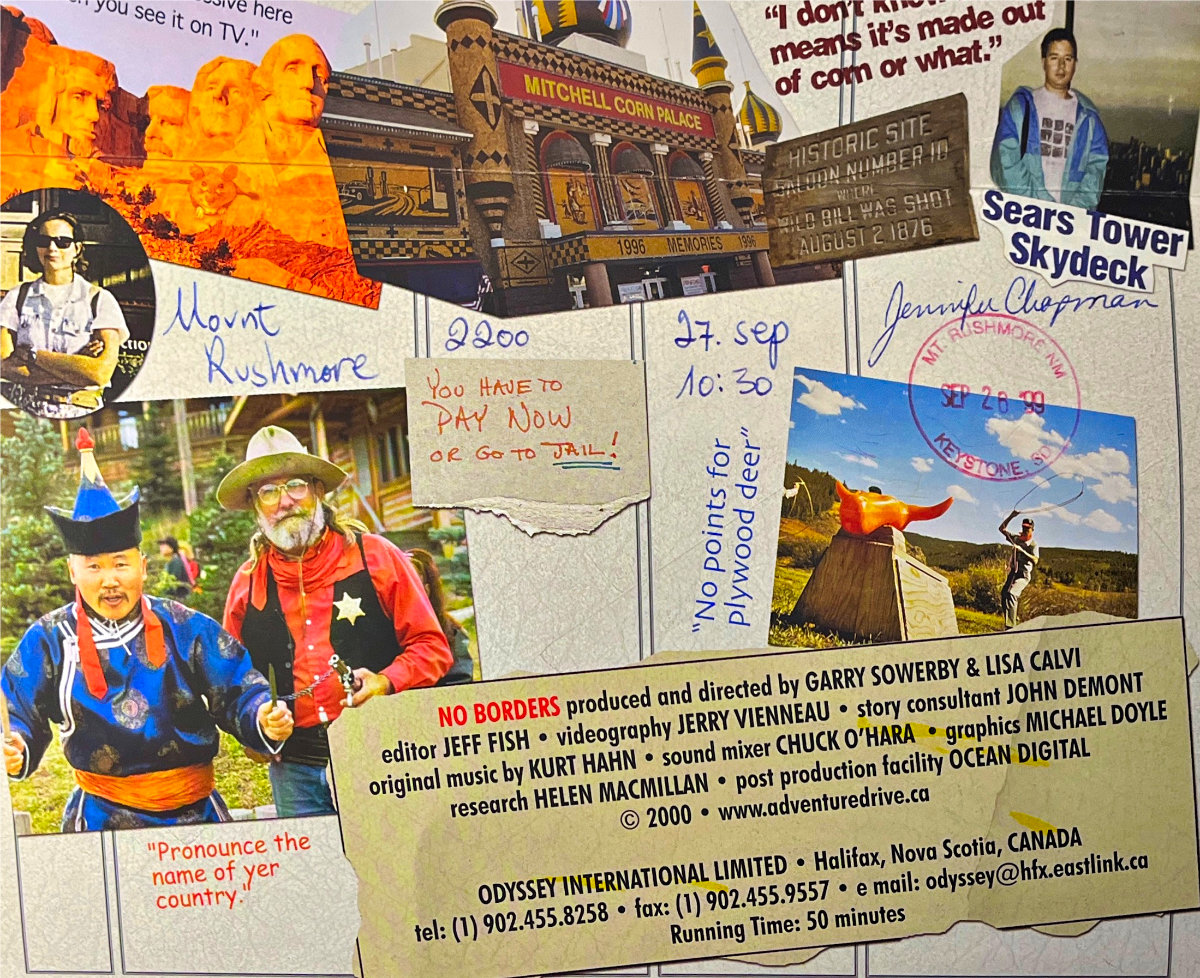 NEW YORK CITY, September 2000… We were standing on 59th Street in New York City in sweltering heat. A bead of nervous sweat dripped down my forehead while Lisa rested a clammy hand on my shoulder .

Every Boy Scout knot I used to know, from a sheepshank to a round-turn-and-two-and-a-half-hitches, tightened in the pit of my stomach. Lisa had an I-want-to-go-home look on her face as she stared at the commotion on the other side of the street.

It wasn’t the pulse of the concrete jungle or a Central Park wilding that was getting to us.

The source of our bile attack was the milling crowd in front of the Clearview Cinema with New York International Film Festival plastered across its marquee.

It was approaching the time when No Borders, the 50-minute road-trip documentary film we had worked on for three years, would be screened in front of the waiting throng. 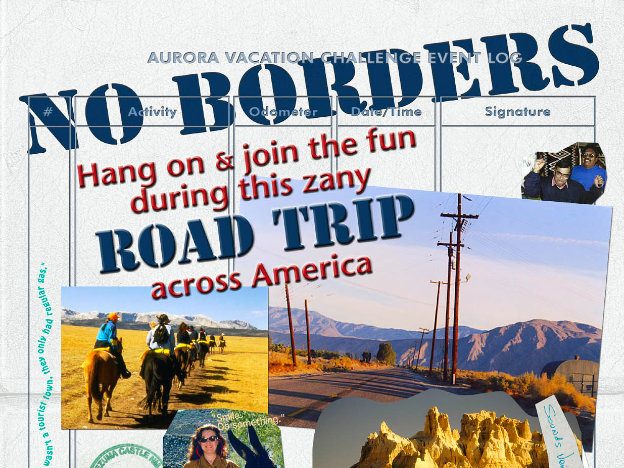 From our vantage point, the patrons seemed like a serious lot. The slate of competitive films like Broke Even, Pay the Price and A Life Worth Living did little to comfort our state of apprehension.

Our film on the Big Screen in the Big Apple – yikes!

Even though No Borders had already won an award for Creative Excellence at the U.S. International Independent Film and Video Festival in Chicago, this would be the first time Lisa and I would view the film in the presence of more than a couple of relatives who were blood-bound to sit through it and react.

We were literally minutes away from the Big Screen in the Big Apple with a theatre full of film festival groupies. 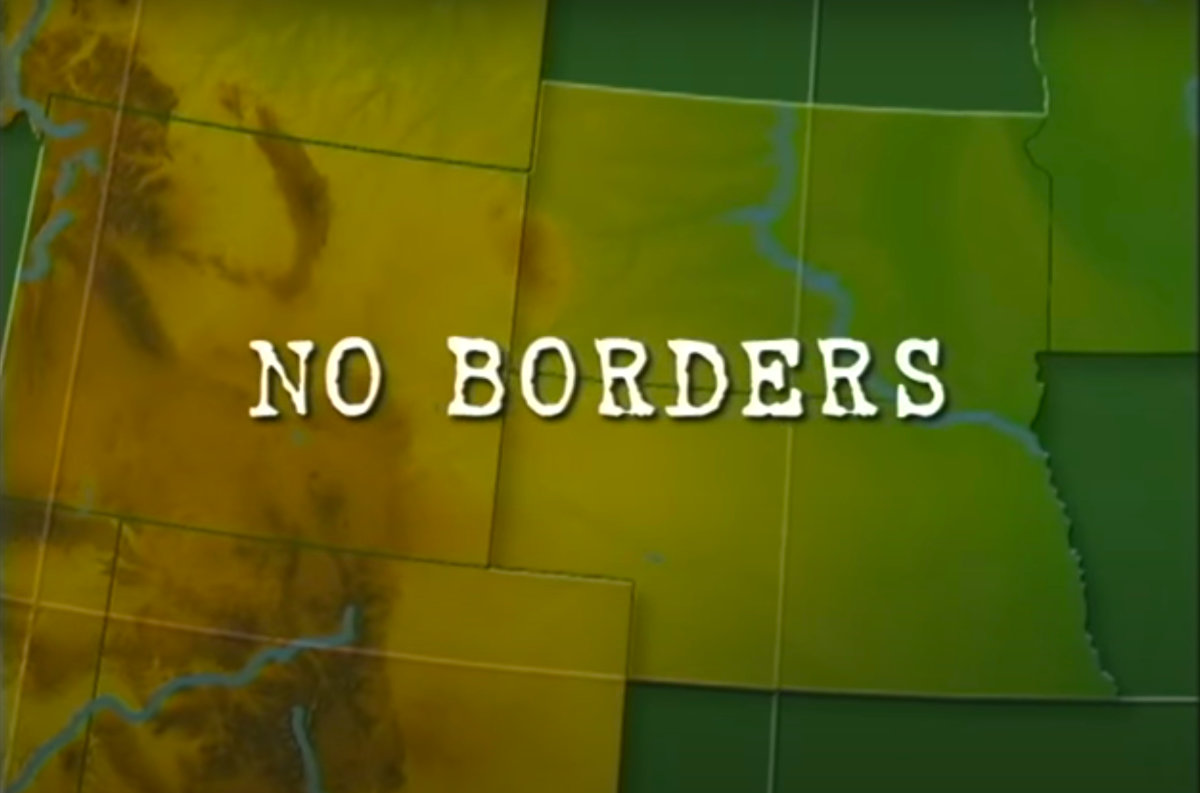 No going back. We wiped our brows, donned our hippest, grooviest attitudes and crossed the street. The doors opened, tickets were collected and the crowd gathered around the concession stand.

This was the real thing – popcorn and all.

Lisa and I walked stone-faced past the concession stand. Considering the condition of our stomachs, licorice and Smarties would not be a good idea.

“What if the audience doesn’t laugh at the funny parts?” I nervously whispered.

“What if people leave after it starts?” Lisa replied.

As we settled into our seats, my heart was pounding so hard I thought the buttons on my shirt would pop off. Then, that familiar music we had heard during so many late-night production sessions at Jeff Fish’s editing suite back in Halifax blasted through the theatre like an old friend coming to our rescue.

I cringed when my twangy, nasal voice narrated the first few minutes outlining the 14-day driving adventure upon which ten couples from as many countries were about to embark. 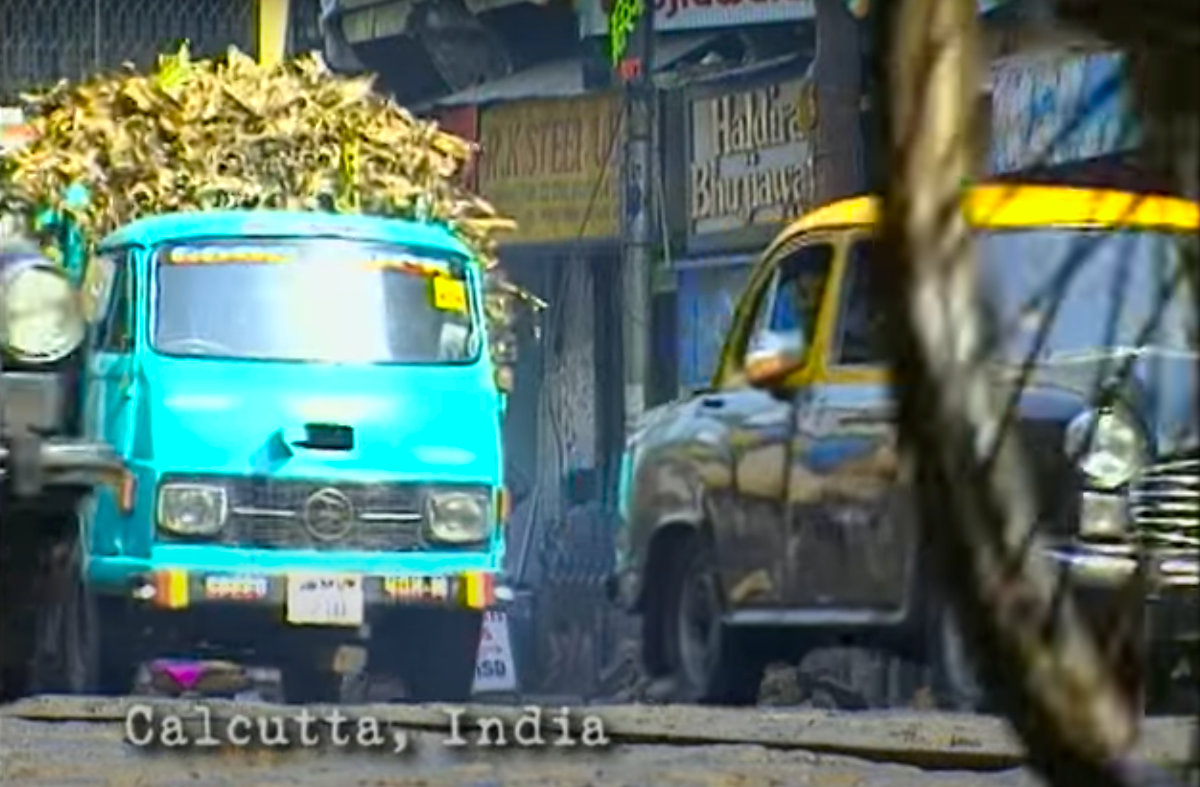 The crowded theatre was quiet as the audience was introduced to a Turkish palace renovator, a Canadian billiards supply mogul, a Tuvan throat-singing superstar, Kongar-ol Ondar, and a Mexican race car driver. 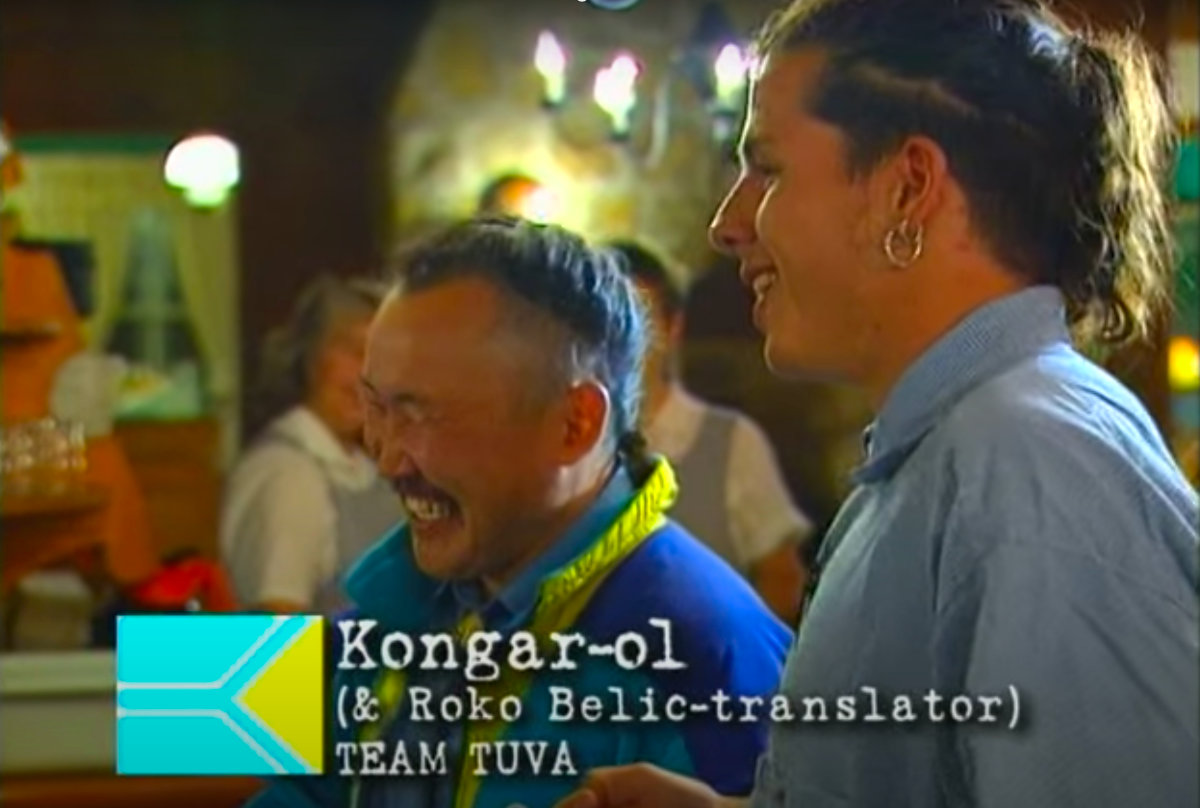 As scenes of a French chiropractor, Guatemalan school teacher and an Israeli fashion designer flashed across the screen, sound bites of their accents provided the feel of an international ‘who-dunnit?’ flick.

The audience was hooked!

During production, we had worried that the information load at the beginning of the film was where we might lose some of the audience, but they seemed hooked on every detail as the concept played itself out in the opening scenes. 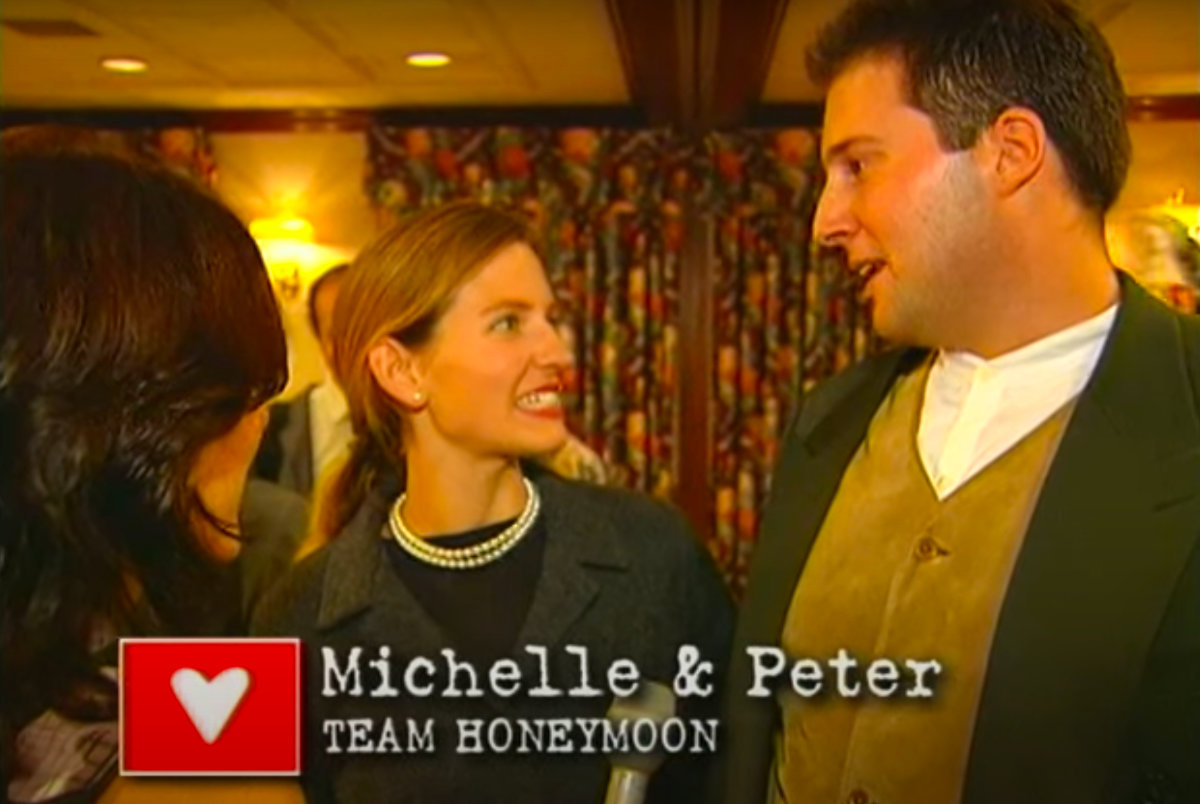 Detroit to Beverly Hills in the fall of 1996. Two weeks on the road armed with then-new V-8 Oldsmobile Auroras, bags full of travel accessories and a list of 500 en route attractions. At six lavish en route dinner parties, competitors boasted of their exploits and plotted strategies for the next leg in their bids to out-vacation each other.

When Bulent Güngor of Team Turkey explained how his wife Merih had turned white when a Michigan state trooper handed him a $400 speeding ticket, the audience broke up. When Team India’s Saloo Choudhury talked about the dirty look he received from Team Guatemala as he blew by them in Wyoming — another round of laughter. 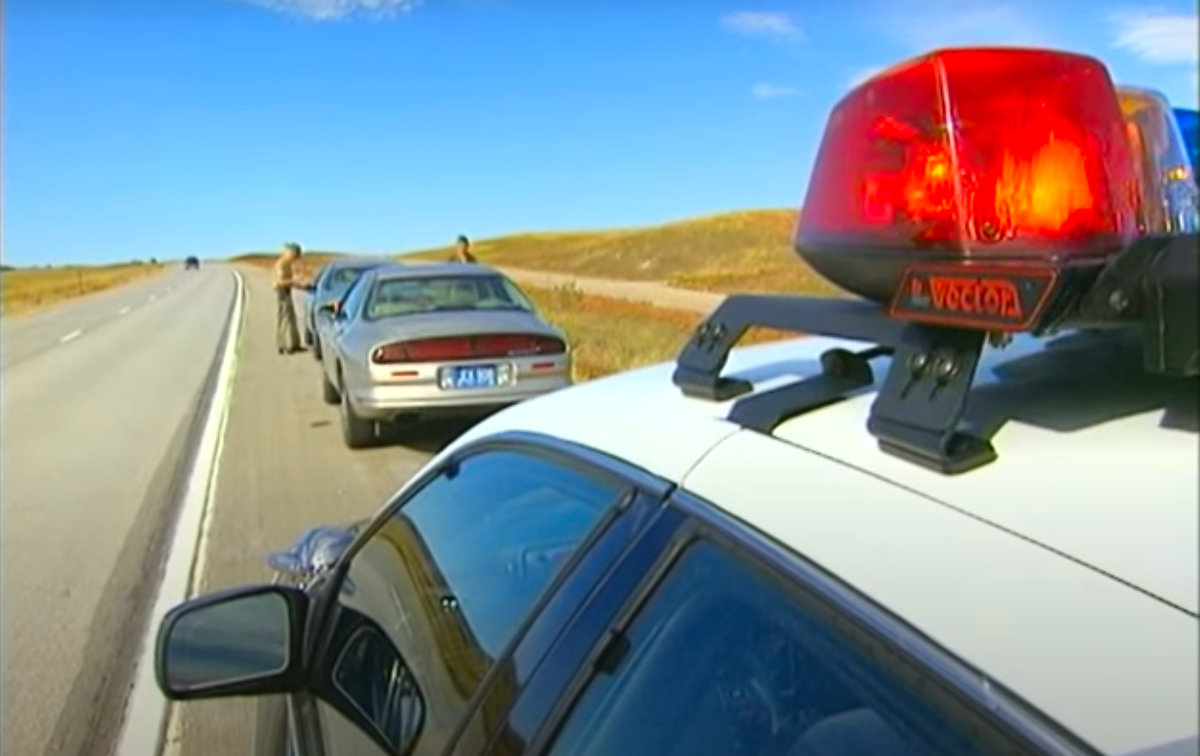 When a participant hypothesized that the majestically carved Mount Rushmore was “… actually more impressive in real life than when you see it on TV!”, the audience lost it.

It seemed apparent to the spectators that the tale of international camaraderie with a touch of road gonzo was well worth sitting through. That had been our intent in producing the film and the reaction of the audience was making me and Lisa finally relax. 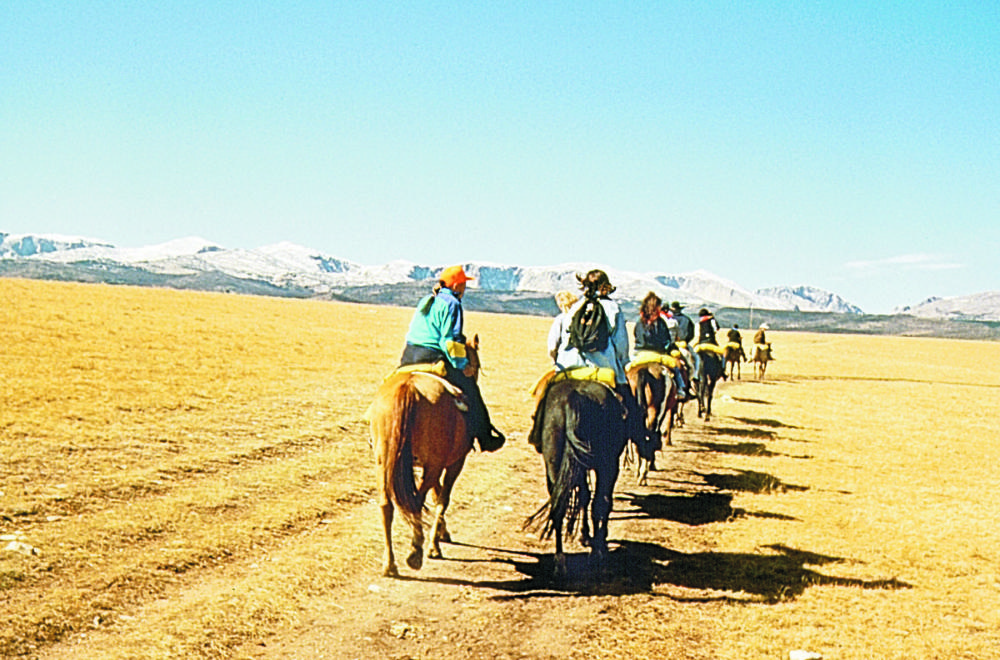 Aside from a good ol’ American road trip, the film focused on the rendezvous activities at an upscale fishing camp, a lush golf resort, an eclectic dude ranch, the rambling estate where former U.S. President Ronald Reagan got married and even a couple of imposters.

The Vacation Challengers delighted the audience as they swapped stories of backrooms and bar rooms, of imposters and exotic dancers, state troopers and rustic geezers.

Some got lost. A few got cranky. But in the end, it was the spectacular sights unfolding through their windshields and the memorable roadside encounters that glued the unlikely competitors, and the film, together.

As the credits rolled, there was heartening applause. Dregs of laughter were still erupting as the house lights came up.

Then, as Lisa and I got ready to slip out of the theatre, we heard it from somewhere out in the audience.

“Are the film makers in the house?”