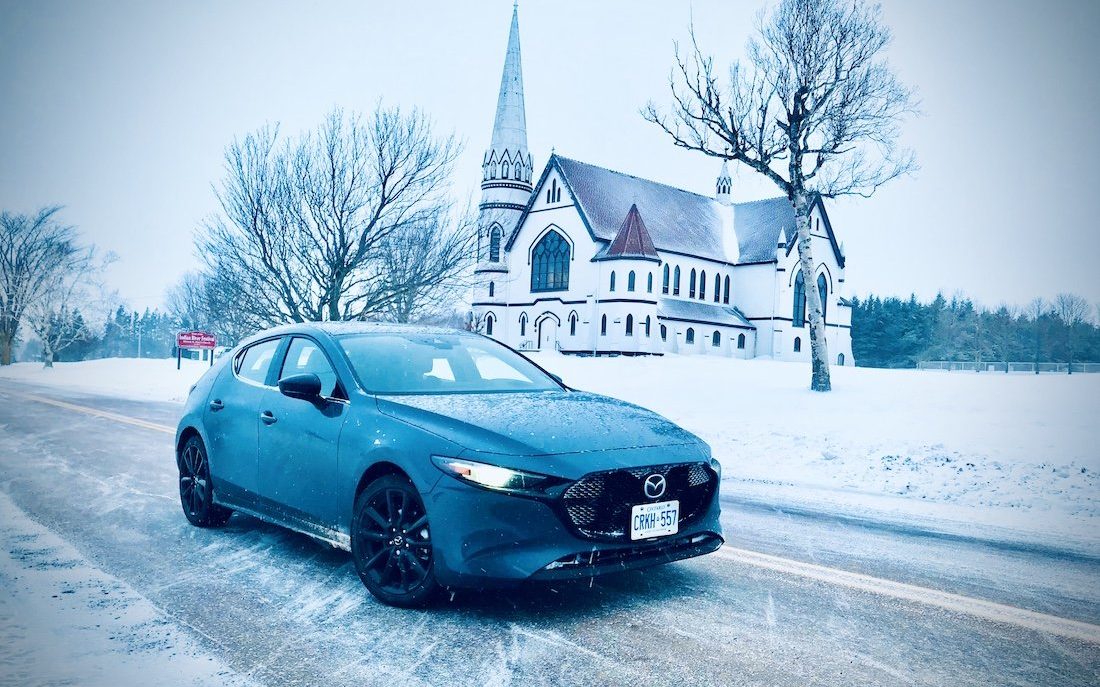 After I moved my family from Halifax to a rural part of Prince County, Prince Edward Island, in 2017, I was constantly questioned about what I must be missing from my hometown.

“The pizza,” I’d say, “the outstanding variety of pizza on every corner of town.”

“And my mother,” I’d carefully add.

Rarely did anyone ask what I didn’t miss. Had they bothered, traffic would have topped the list.

Halifax simply wasn’t built to handle the morning incursion and evening exodus. Between the two bridges, the Armdale roundabout, and the Windsor Street Exchange, leaving the peninsula basically requires entering and exiting through a choke point.

Traffic, of course, is relative.

Just as a Torontonian or Manhattanite would label Halifax traffic trivial, a Haligonian naturally assumes that my daily commute between Summerside and Margate is devoid of traffic altogether. Fifteen kilometres. Two sets of lights. One left turn. One right turn. How bad it can be?

Awful. That’s what it is. Awful. But in the 2021 Mazda3 Sport Turbo, there’s a whole lot of incentive to do whatever it takes to avoid every ounce of rush hour traffic in East Prince. 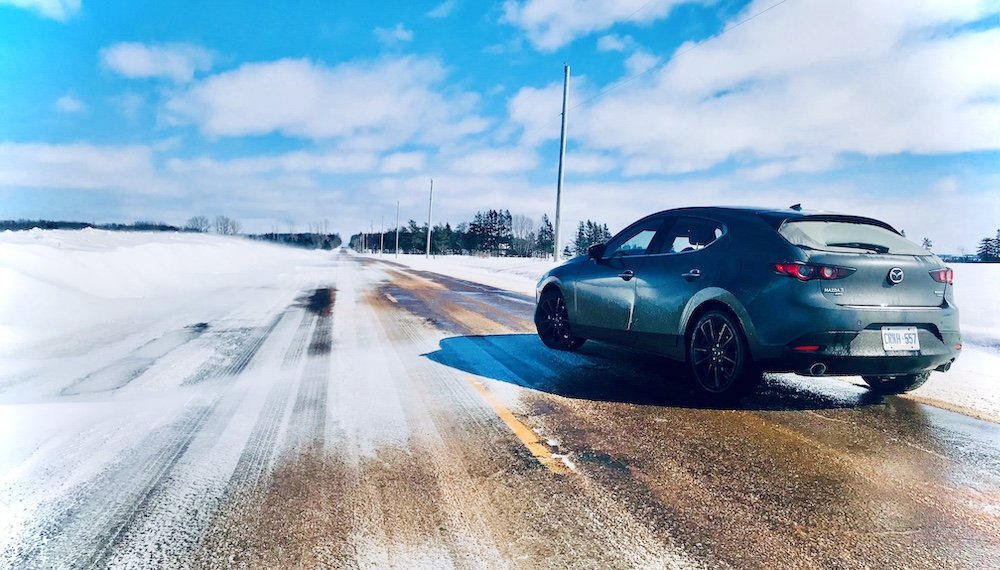 On night one, with this $37,670-as-tested Mazda3, I made the mistake of following the conventional route. Water Street to Reads Corner to the Travellers Rest Roundabout and then east on Route 2.

Even with 250 horsepower and 320 lb-ft of torque in an all-wheel-drive hatch tipping the scales at just 1,535 kilograms, that’s not fun. Overtaking opportunities – few and far between – are inhibited by the steady westward flow of traffic. The road is generally straight. Truck traffic at Cavendish Farms’ gigantic New Annan facility forces more slowdowns.

The turbocharged Mazda isn’t so overtly sporty that it’s champing at the bit.

This is understated performance; a hot hatch just as intent on justifying its price tag with a genuinely premium cabin as with its underhood prowess. From the weight of the steering to the brake balance to the mildly aggressive sport mode, there are suggestions of performance but no shouts.

After night one failed to reveal the Mazda3 Turbo’s character, I plotted my course for the drive home on Tuesday, Wednesday, Thursday, and Friday. (I’m not nearly punctual enough to make time for the road less travelled on the commute to work.) 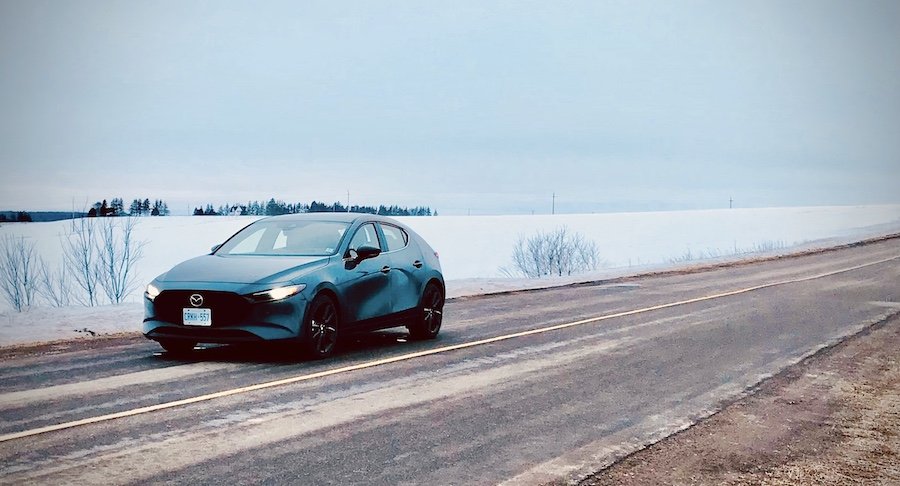 On night two, the 3 swung hard right at Reads Corner, turned left onto the infamous Blueshank, and headed for Norboro. The Nineteen Road, made famous in 2015 for its 16-foot snowbanks, eventually leads to the County Line Road separating Prince and Queens counties. Finally, we snap the photo at Harding Creek and tackle a twisty section of Route 6 for the ride home.

Wednesday’s route veered farther off-course as the Mazda3 shot off toward Summerfield and Grahams Road. (Grahams Road is both the road and, incidentally, the area.) From Norboro to Summerfield to New London to Margate, there was never even a car in site. Just the 3, and me, and that brief moment when you close in on New London and spot the Cavendish sandspit closing off the New London Bay.

This is where even an ordinary Mazda3 would shine, but the turbocharged powerplant is an entirely different animal. The torque swells, then swells some more, as you exit a corner and add weight to the throttle. The 2.5-litre turbo isn’t a rev-happy zinger of an engine – it’s simply offering power on tap no matter the speed, the gear, or the revs. 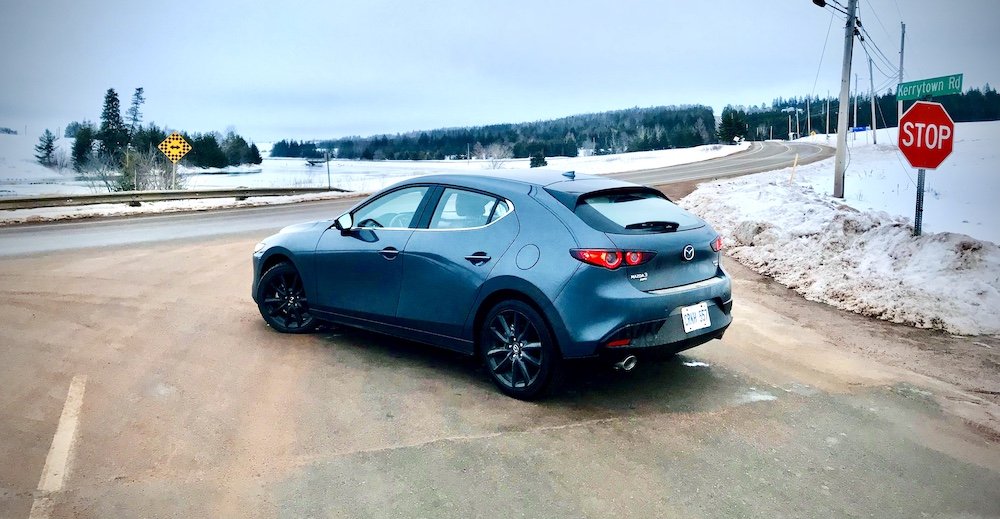 Thursday brought about a new challenge. The predicted snowfall that cancelled school failed to materialize throughout the day. But as temperatures fell and precipitation finally began to, er… precipitate at the end of the day, rural Island roads began to slowly drift in.

From Travellers Rest, I turned off Route 2 toward Clermont only to discover that the road less travelled was, in fact, the road made icy. Managing not to perform a spontaneous pirhouette while taking a photo in the shadow of the Indian River Church, we motored on toward Spring Valley, Irishtown, and Margate through dreadful conditions.

What better test of an all-wheel-drive compact than an extended wintry commute unaccompanied by all other commuters?

In a shrinking compact car sector, with demand shifting to small crossovers such as Mazda’s own CX-30 or larger CX-5, the Mazda3’s AWD option is a helpful touch. The Honda Civic, Toyota Corolla, and Hyundai Elantra are the big sellers in this segment, but none of those three offer four-wheel traction.

In December, half of all Mazda3 buyers in Canada chose all-wheel drive – it was the highest take rate of the year. It’s the only choice if you’re choosing the turbocharged engine; AWD is a $2,000 option on the Mazda3 GS.

A day off work on Friday resulted in a drive to Charlottetown with a backseat full of youngsters. A spicy red interior (Mazda calls it Garnet Red) is bound to wow a four-year-old; the rate at which the speedometer added digits impressed the 7-year-old.

The more relaxed journey to the big city provided a fair opportunity to consider the 3’s luxury/sport positioning.

Although it’s plenty hot, this isn’t a hot hatch. It’s not a direct rival for the Honda Civic Si, Volkswagen Golf GTI, Subaru WRX, or Hyundai Veloster N. Although it’s plenty luxurious – the leather quality, Bose audio, and abundant levels of technology make that clear – the Mazda3 Sport GT isn’t a luxury car. It’s not a direct rival for the Audi A3 or Mercedes-Benz A220.

And that’s a good thing. The 2021 Mazda3 Sport GT Turbo marches to the beat of its own drum as a distinctly premium performance car with no badge snobbery or pretense. Mazda could make the turbocharged 3 a lot quicker around a race track, but at what cost? As it stands, the 3 is an exceptional daily driver and more than capable enough to demand the long way home every day.

Just make sure the long way is traffic-free.