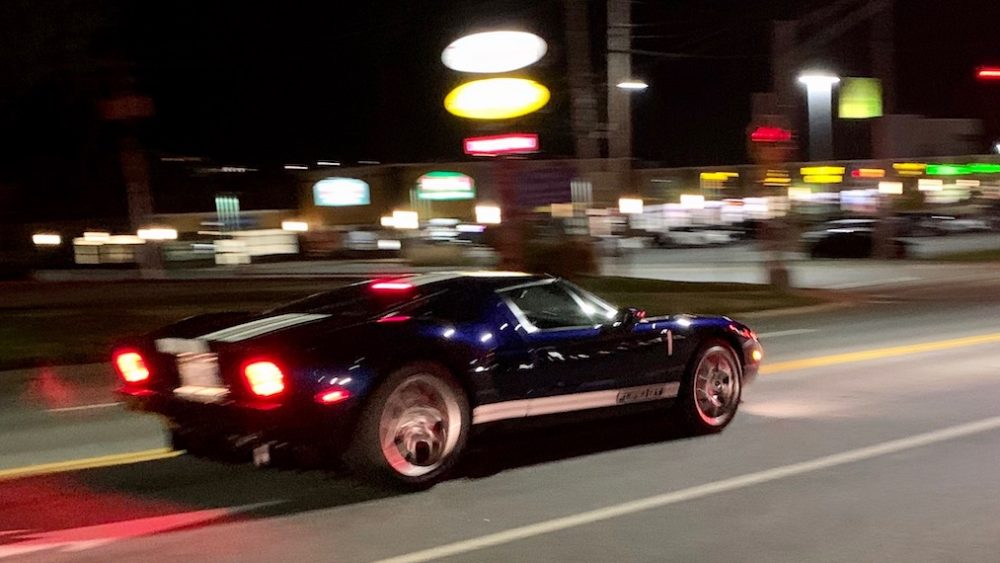 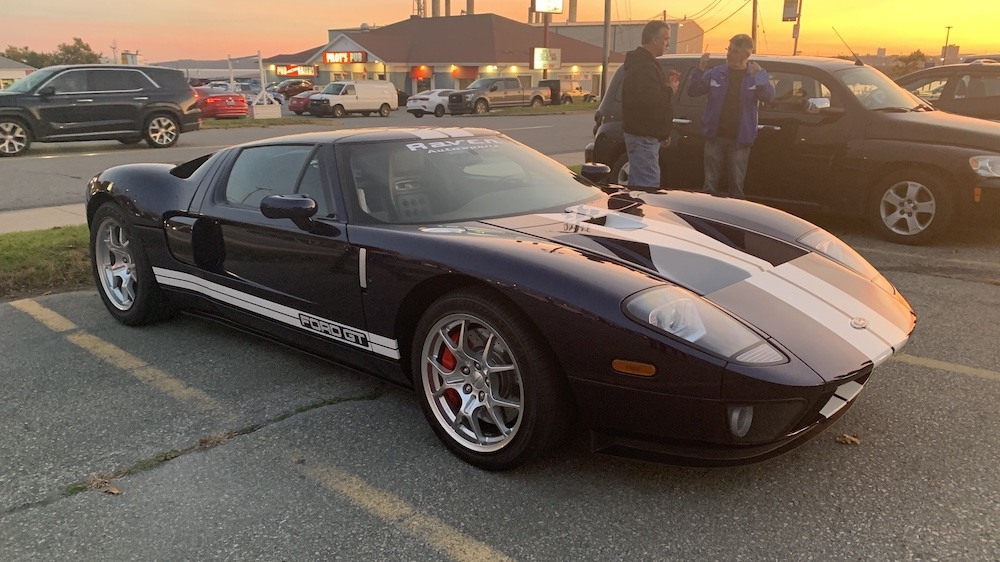 The two-seat GT was introduced as a concept car by Ford in 2002 to salute the brand’s 100-year anniversary and to honour the esteemed GT40 race car that Ford produced in the mid-sixties to pit against Ferrari in long-distance races such as the 24 hours of Le Mans. The GT40 shattered Ferrari’s five-year winning streak at Le Mans in 1966 and for the next three years after that.

Six weeks after the unveiling of the concept GT40 car in 2002, which Carroll Shelby had a hand in designing, Ford announced a limited production run for the 2005 model year. It would be called GT because, oddly enough, Ford did not own the rights to the name GT40 and the company that did own the rights wanted $40 million USD for use of the name.

Although the modern mid-engine GT looked like the original GT40, structurally it was completely different – bigger, wider and four inches taller. The left (driver’s side) headlight cluster was designed to read ‘100’ to commemorate the 100-year anniversary of Ford Motor Company.

The 5.4-litre V-8 engine is longitudinally-mounted in the GT. Mated to a Ricardo six-speed manual transmission, it produces 550 horsepower.

The supercharged supercar will accelerate from stop to 100 km/h in 3.5 seconds. Keep your foot into it for another eight seconds for 200 km/h. Thirty seconds later, you’re screaming along at 300 km/h. Top speed is 205 mph (330 km/h)

In 2005, Top Gear awarded the Ford GT the Gas Guzzler Award, for consuming 20 litres of fuel for every 100 km driven in the city. Thirsty.

Because enthusiasts were so excited for the vehicle, demand outpaced supply and prices skyrocketed.

We don’t know who owns this GT, spotted last fall in Woodside, Nova Scotia, but it’s the same Midnight Blue colour as the first production GT, purchased by Jon Shirley of Microsoft at a charity auction for $557,000 USD. Who knows, maybe it’s the same one? 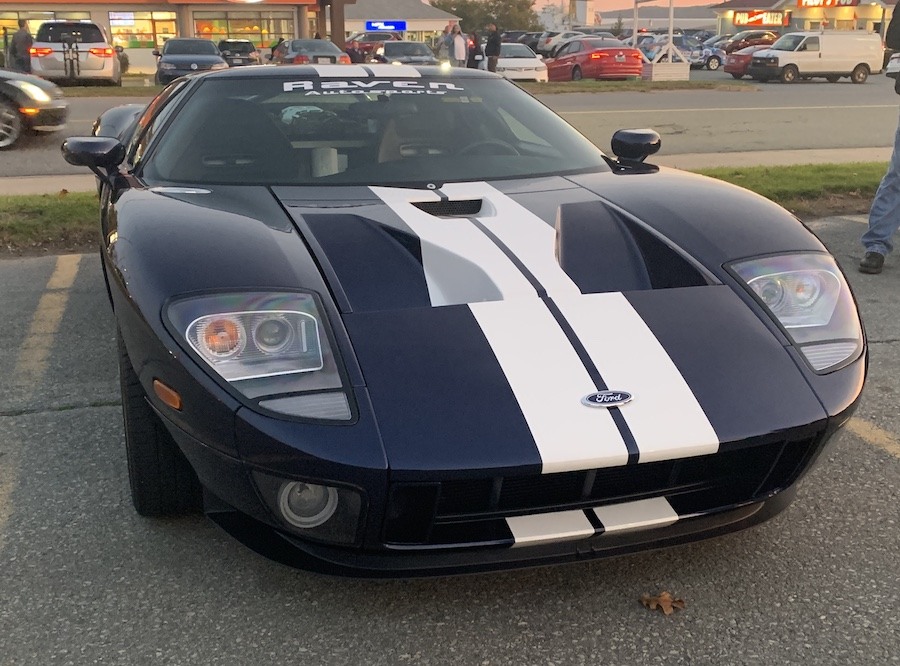 In 2017, Ford announced a second generation Ford GT in homage to the 50-year anniversary of the GT40’s first win at Le Mans. Production of this second-gen GT is expected to go into 2022.