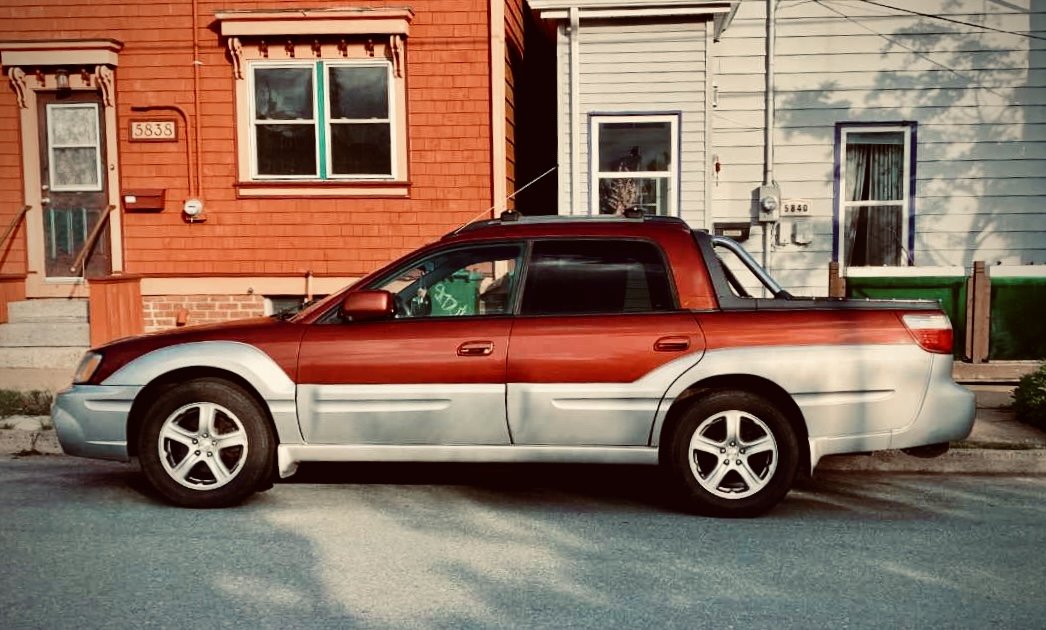 Spotted on a sunny side street in Halifax, this 2004 Subaru Baja brought back some warm memories for us, your East Coast Tester editors. 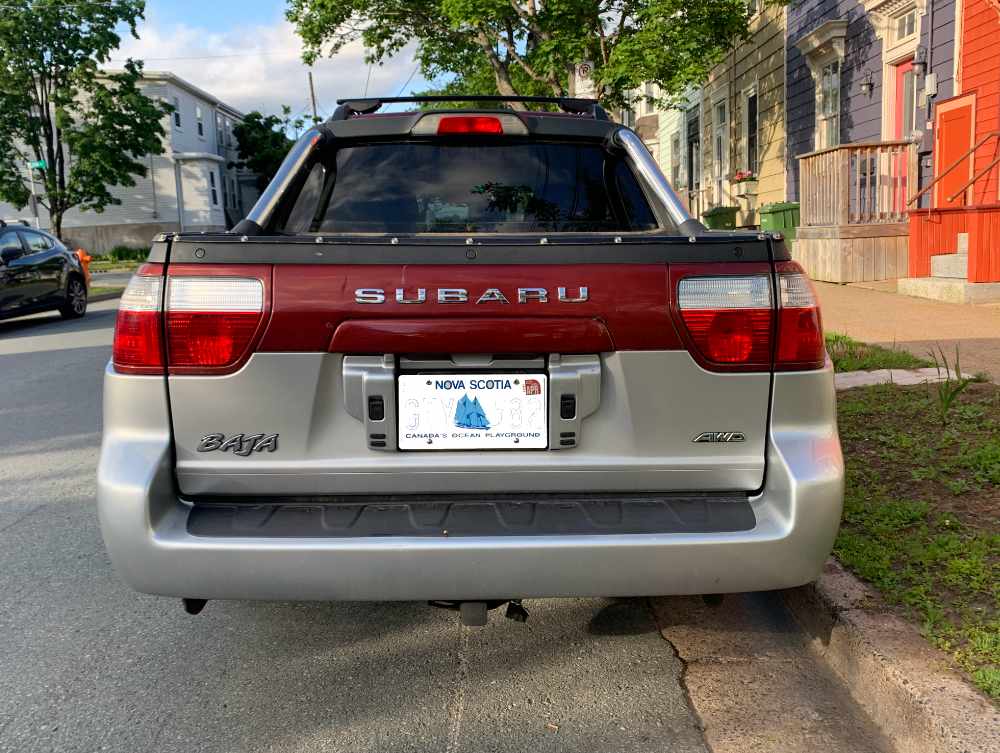 When the Subaru Baja first launched in 2002 for model year ’03, we were tasked by Subaru of America to showcase a fleet of the unique new vehicles to national media.

The vehicle was marketed in Canada, the U.S. and Chile and was an homage to rally race trucks and to the notorious Baja 1000, an off-road rally race that took place on the Mexican peninsula with the same name.

The Baja’s unibody design, all-wheel drive and open bed versatility was meant to give the world something that, as Subaru put it, was “… not like anything else on the road.” 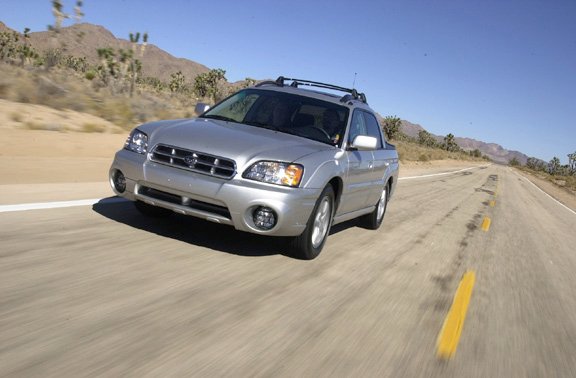 It sure fulfilled that goal. One of our daughters called it ‘the Earwig’ upon seeing one in the flesh and, for our family, the term of endearment stuck.

Subaru called it a multiple choice vehicle so we designed an energetic, play-hard, drive-hard multiple choice adventure that would test the Baja vehicles with all kinds of dusty, dirty road conditions. The journalist drivers would also be put through their paces. They landed in Las Vegas, jumped into the Earwigs, I mean Bajas, and motored out to a canyon where they climbed rocks and dangled from cliff faces.

Then the fleet of El Camino-like cars took off for the base of the Hoover Dam. Here, speedboats transported them down the Colorado River to Lake Mohave where moored luxury houseboats would provide shelter for the night.

In the meantime, behind the scenes, our road crew drove the Bajas to the marina at Cottonwood Cove where the media would rendezvous with their vehicles the next morning.

From Cottonwood Cove, the group drove through desert, mountains and forest. They tore down a 4200-foot practically vertical mountain on bikes, kayaked the Colorado River, finally reaching the California coast at Morro Bay, a surf mecca, where they got up close and friendly with the Pacific Ocean.

What a trip for both us, the organizers, and the media participants! 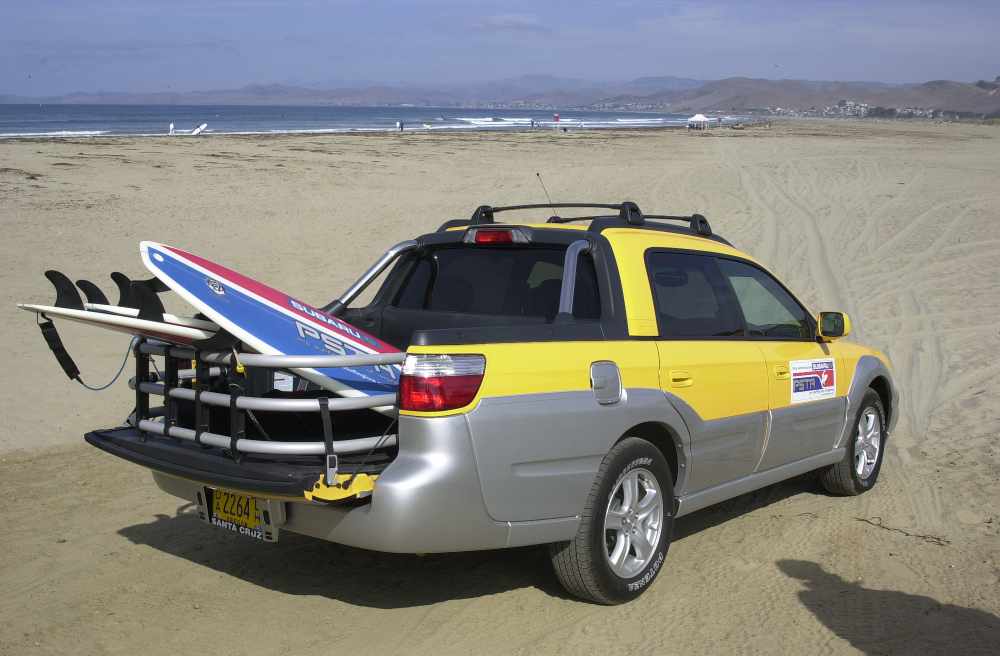 The Baja was not the first truck/car from Subaru. The similar-looking Subaru BRAT (stands for Bi-drive Recreational All-terrain Transporter) was in production from 1978 until 1994 and was intended to meet U.S. demand for small pickup trucks like the ones offered by Toyota, Mazda and Nissan. The BRAT stood apart because it was four-wheel drive and the others were not.

Perhaps the most famous BRAT was owned by former U.S. President Ronald Reagan who bought one in 1978 and kept it until 1998, using it on his ranch in Santa Barbara.

The most famous Subaru Baja is most certainly the one featured here on EastCoastTester.com as our East Coaster Today! 😉 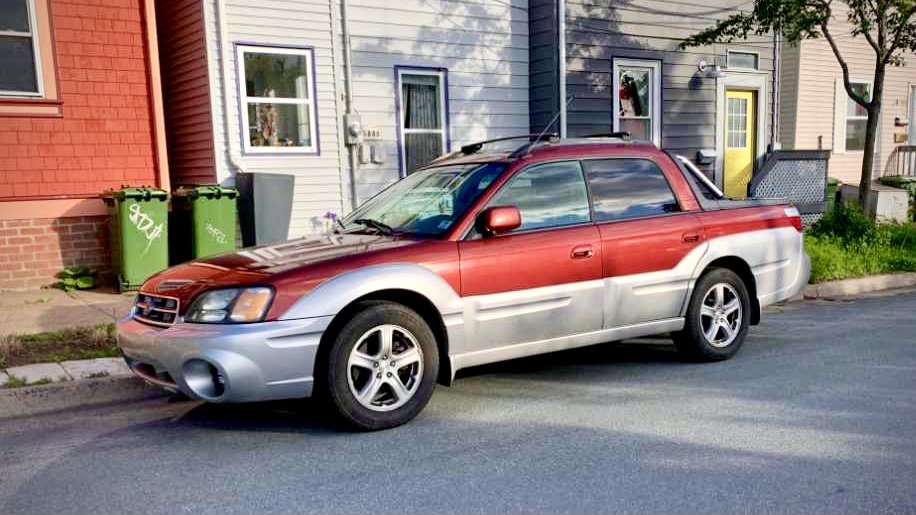