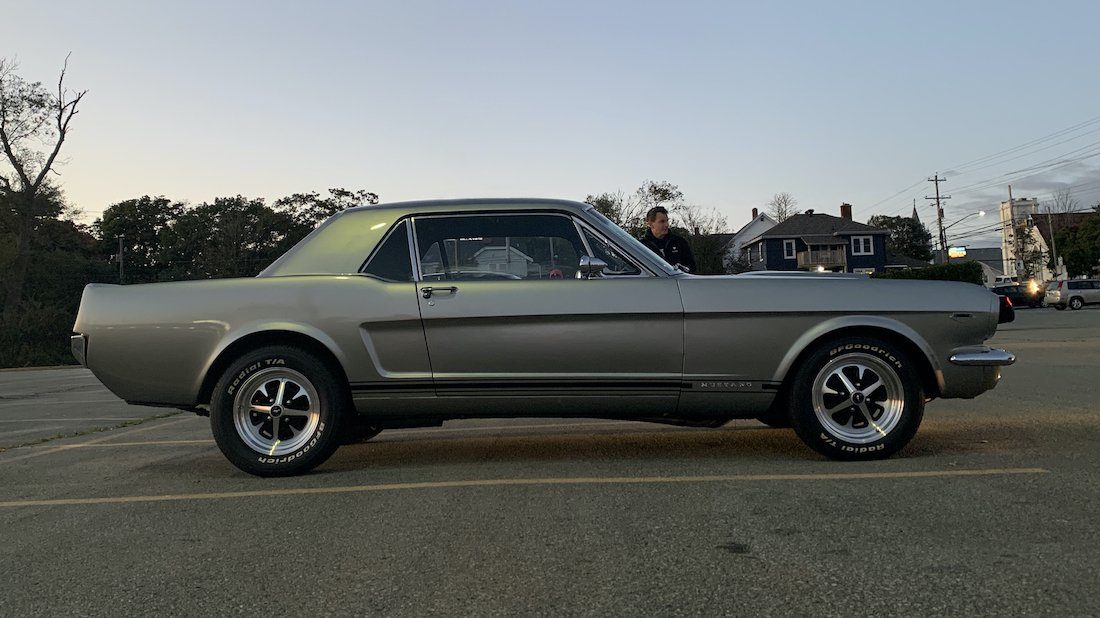 Steve MacMillan has had this beautiful 1965 Mustang since 2003.

Before that, all he knows is it was hauled up to Nova Scotia from Florida where it had sat under a tree in the previous owner’s backyard for five years. 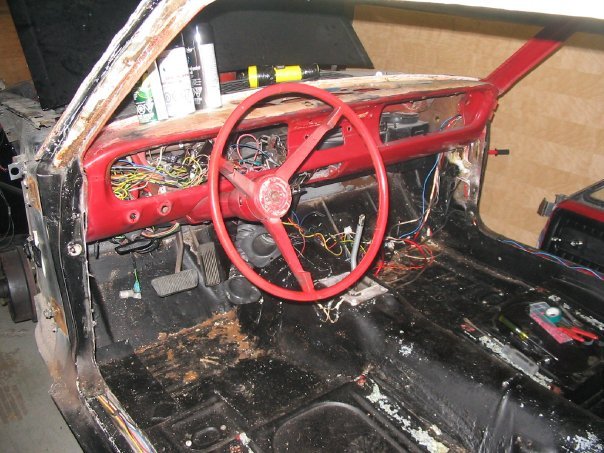 When Ford introduced the Mustang at the World’s Fair in 1964, the suits probably never expected the runaway success they would have on their hands. The plan was to sell 100,000 units in the first year of production but, on the first day alone, 22,000 Mustangs drove off dealership lots!

Designed and built on a shoe-string budget, the Mustang was an affordable sports car that could act as a daily driver but could also be easily customized by the consumer that wanted a high-performance sports car. 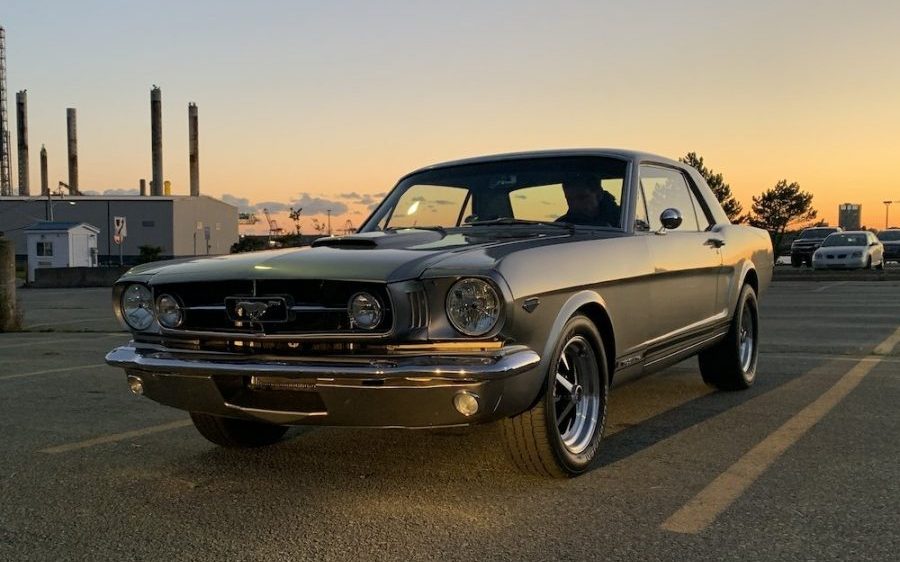 “The only sports car designed to be designed by you.”

The 1965 Mustang came with two engine options, the 289 cubic inch V8 or the standard 200 cubic inch six-cylinder. To boost sales of the six-cylinder, Ford launched an ad campaign that sang the praises of the “sweet, sweet six-cylinder Mustang”.

So what’s under the hood of this Nova Scotian gem? 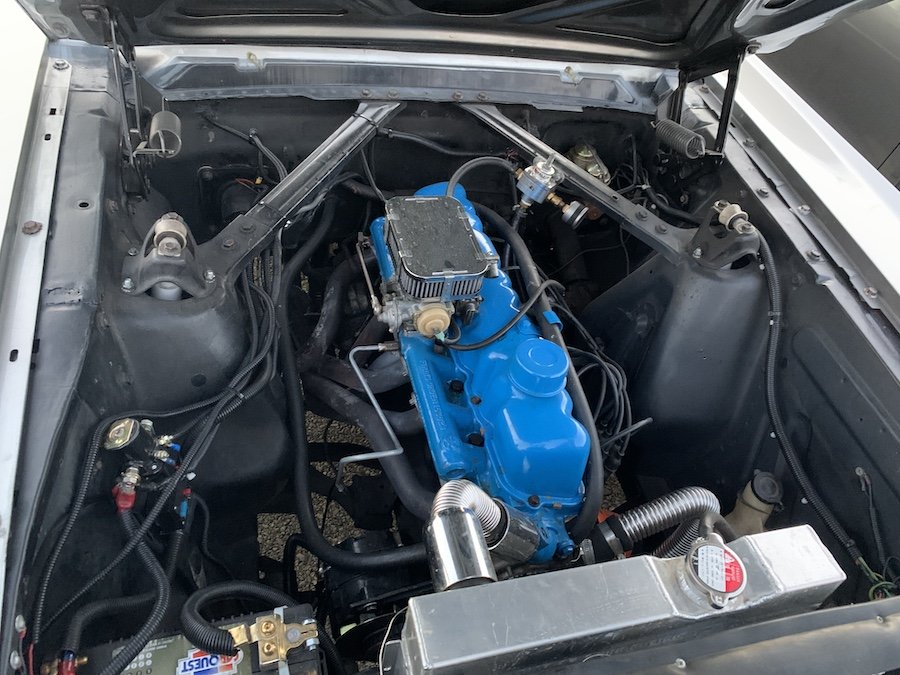 When Steve bought the Mustang in 2003, it was pretty much stock, with the standard 200 cubic inch six-cylinder engine, that produced 120 horsepower. It’s fairly rare for these early six-cylinder Mustangs to have survived.

Steve says he and his son, Daniel, like to work on project cars that are unique, different than what you might expect. That’s fitting for a car that Ford touted as ‘unexpected’. 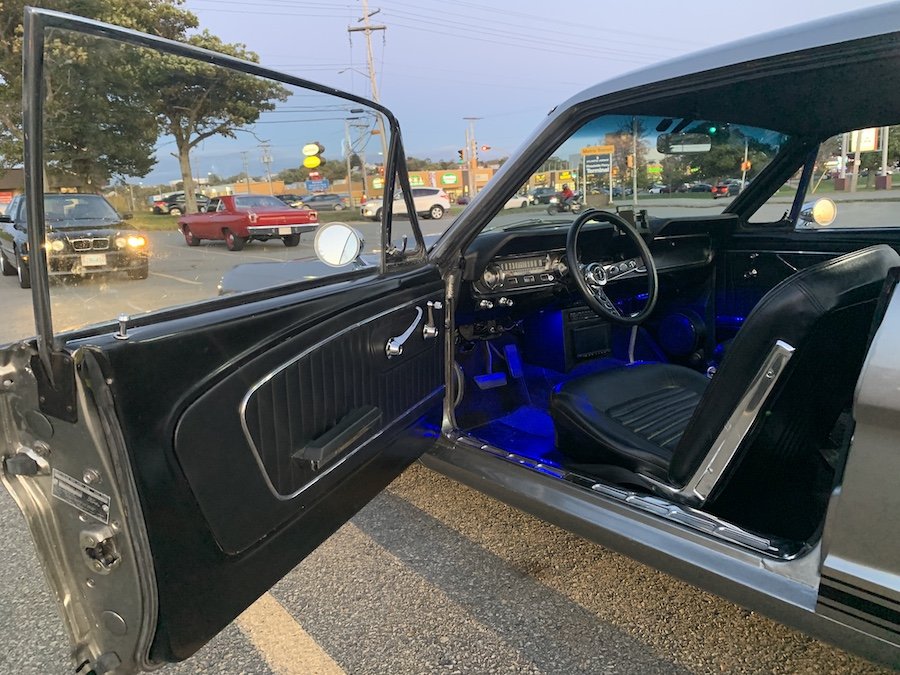 Over the years, they have worked on the car together. They’ve added a Weber carb, headers and made a few tweaks, upping the horsepower to between 180 and 190. Inside, 150 pounds of stereo equipment cranks out 6,000 watts of sound.

Back in 2003, Steve told three-year-old Daniel the car would belong to him once he completed his education. That may have seemed like a long way off then, but the time is drawing near.

Hope to see this 1965 Mustang cruising the roads of Nova Scotia come spring. We’re curious to see who will be behind the wheel! 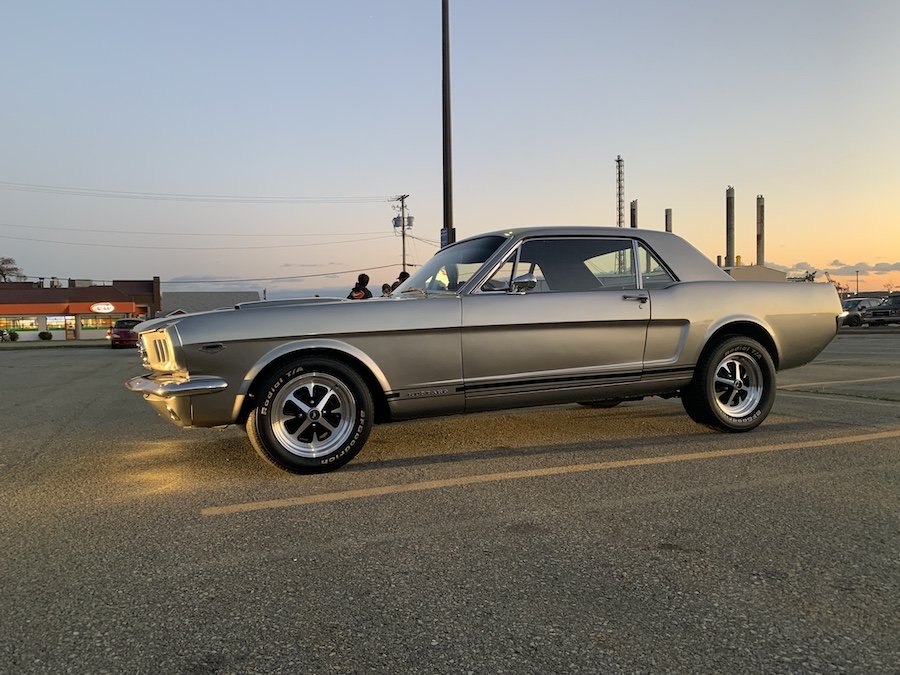 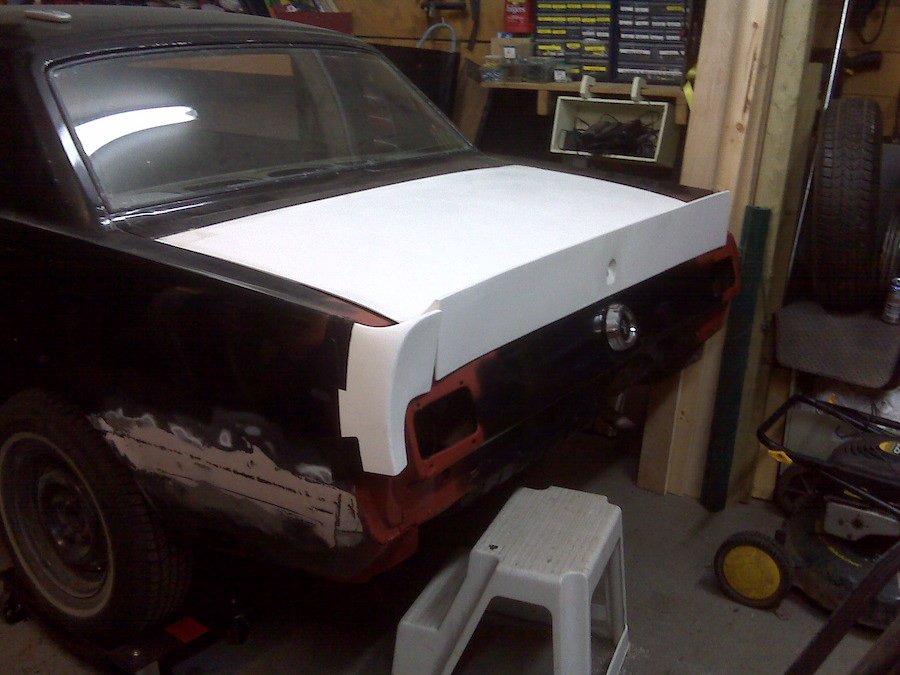