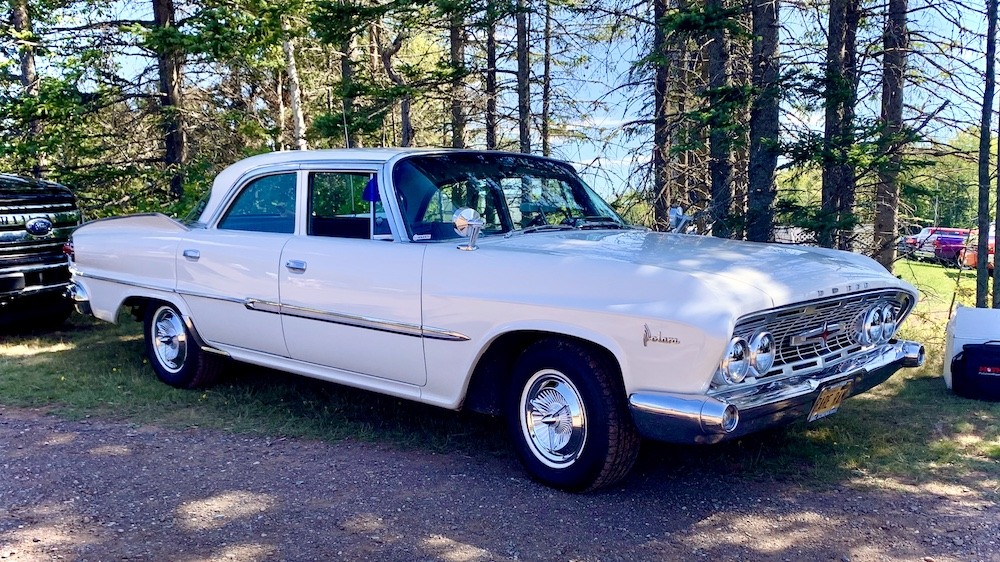 The Polara was manufactured and sold by Dodge from 1960 until 1973. It was a U.S.-only model and sold alongside the Dodge Matador, both top-of-the-line models for the brand.

The name Polara, a marketing attempt to tap into the excitement around the space race of the early 1960s, is in reference to ‘Polaris’, the northern Pole Star.

Under the hood of Trent’s rear-wheel drive Polara is a 383 with dual quad ram-induction. 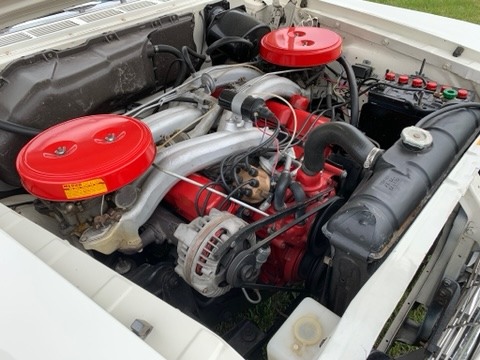 Only 80 Polara models in all body styles were built in 1961 with ram-induction, compared to over 450 ram-induction Dart models built in the same year.

Only 11 four-door sedan ram-induction cars were built, none of the other 10 have been found since the early 1980s.

Trent says: “I even have the California smog-testing card from 1966 as well as a copy of the IBM card from Dodge showing the selected options for its build.” 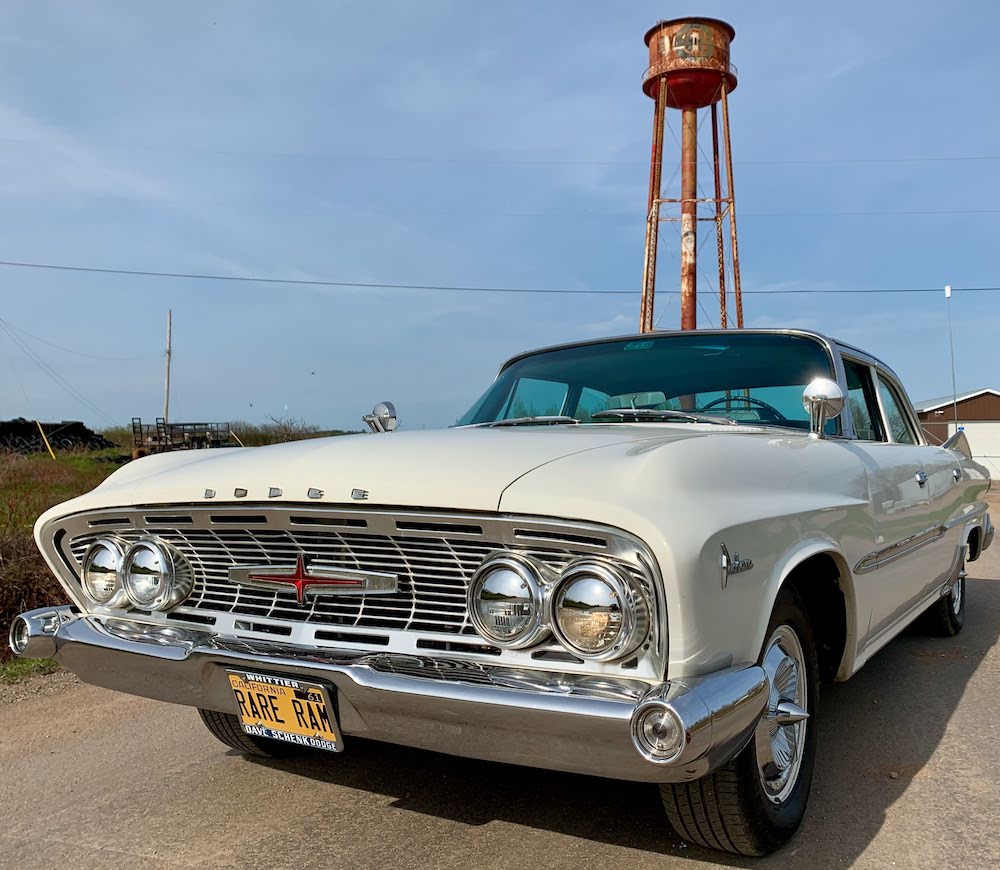 The car had an exterior repaint once in the late ’80s to repair several scratches. Trent tells us the scratches occured after the original owner passed away, the vehicle was used as a storage shelf in the garage. Under the hood, inside the trunk and on the door jams is original paint.

1960 marked the first year that all Chrysler/Dodge models used unibody construction. The only exception was the Chrysler Imperial. The Polara was a competitor to the Ford Galaxie 500 (another spacey name) and the Chevrolet Impala.

Design and styling features on the Dodge Polara included a massive and busy front bumper assembly, ‘Jet Pod’ taillights and of course, those tailfins. 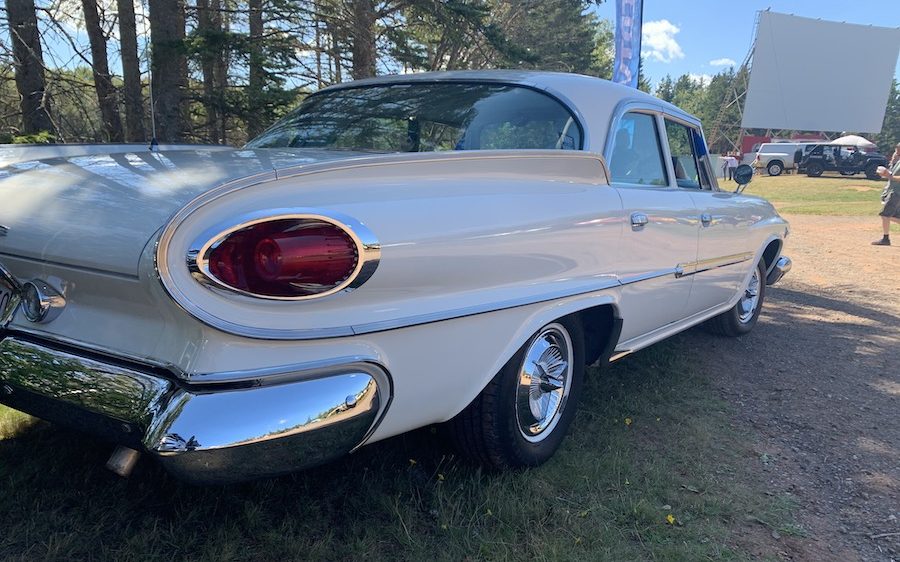 In 1961, Dodge dropped the Matador, leaving the Polara as the sole premium Dodge model. For that year, the car’s fins were reversed, making them taller as they flowed toward the rear window.

The 1961 styling overhaul of the Dodge lineup didn’t go over very well.

Full-size Dodge sales plunged to their lowest level since the brand was founded in 1914. Total sales for Dodge were down fifty-three per cent compared to the previous year. The marque went from sixth in the U.S. market to ninth. Yikes.

This 1961 Dodge Polara is a true survivor!