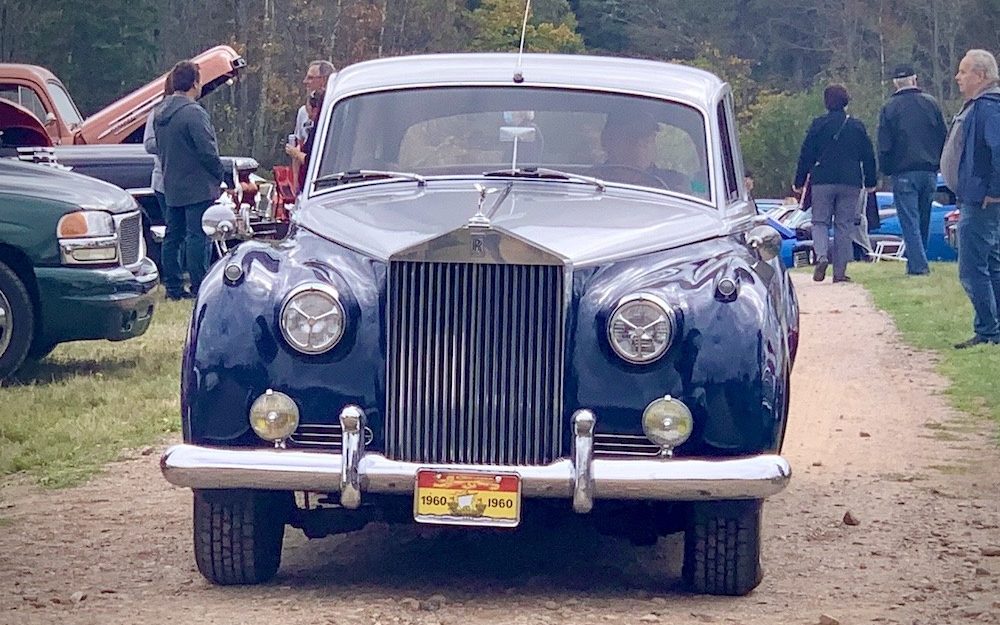 The gilded brand, long associated with British Royalty, is an icon in the automotive world. A marketing survey conducted in 1987 found that only the brand of Coca-Cola was more recognized in the world than Rolls-Royce.

Henry Royce was an electrical and mechanical engineer who had built a car. When he showed the car to Charles Rolls, an automobile dealer, during a meeting in 1904, Mr. Rolls told Mr. Royce he would take all the cars he could build.

The Rolls-Royce marque was born with the intent to build the “best car in the world”. 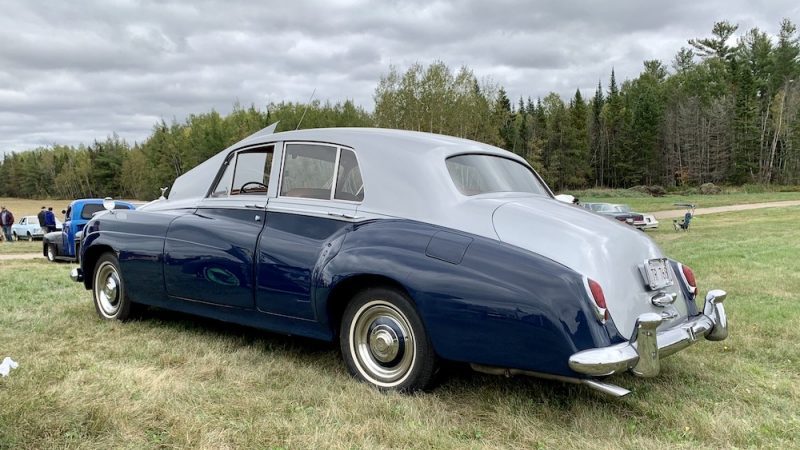 The company also built aero-engines and jet engines for airplanes. And for tanks, too! In fact, the Merlin engine, dubbed ‘Meteor’, used in the British Army’s Cromwell tank during World War II, was the precursor to the eight-cylinder car engine used in the Silver Cloud. Other tanks of World War II powered by Rolls-Royce engines include the Ferret, the Humber Hornett and the Humber Pig.

The 1960 Rolls-Royce, spotted at the Fall Harvest Celebration and Show and Shine* earlier this month in Petitcodiac, New Brunswick, certainly doesn’t resemble a tank. We don’t think it performs like one, either. 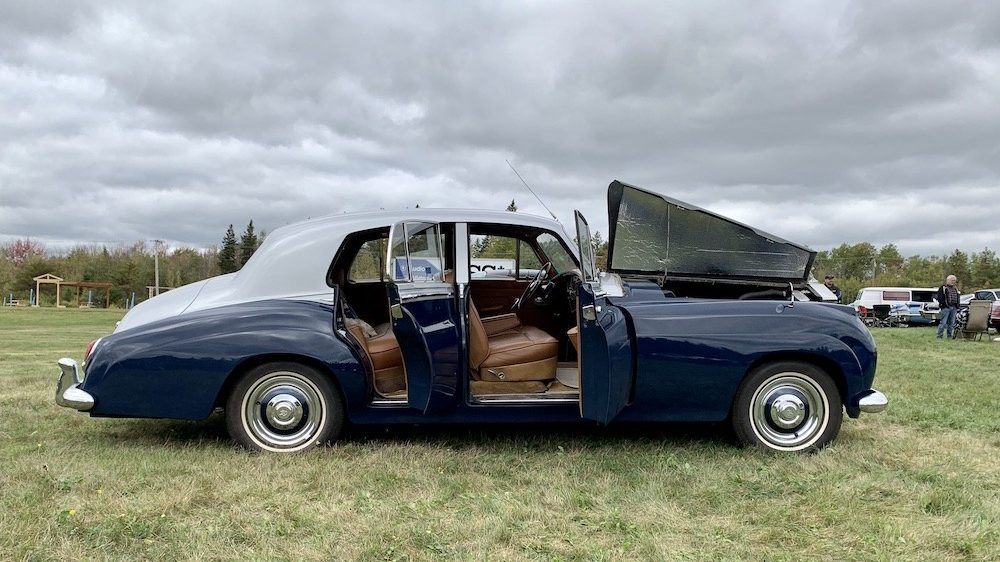 The back seat is where we would want to hang out. With beautiful wood accents, including drop-down trays, complete with fancy gold-rimmed glasses, we can picture the Queen Mum enjoying her gin and Dubonnet while tooling around the English countryside. 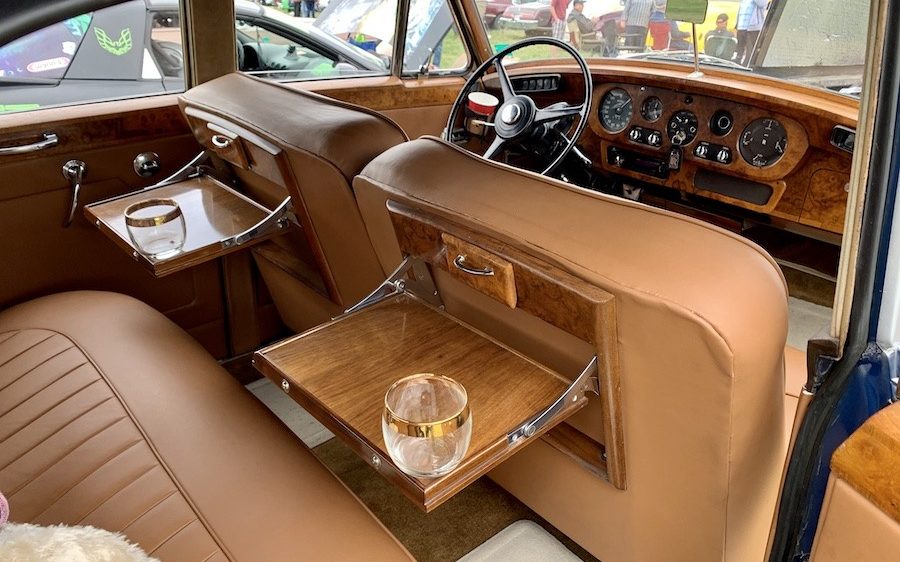 You could also picture Kim Kardashian in her Rolls-Royce. Or even Justin Bieber in his. How about John Lennon? His psychedlic 1964 Rolls-Royce Phantom V may be the most famous of them all.

If anyone out there recognizes this silver and blue beauty and wants to share details, please get in touch with us at EastCoastTester.com.

*Fall Harvest Celebration and Show and Shine took place in the Village of Petitcodiac and was hosted by Petitcodiac and Area Historical and Cultural Society and the Maritime Motorsports Hall of Fame Museum.