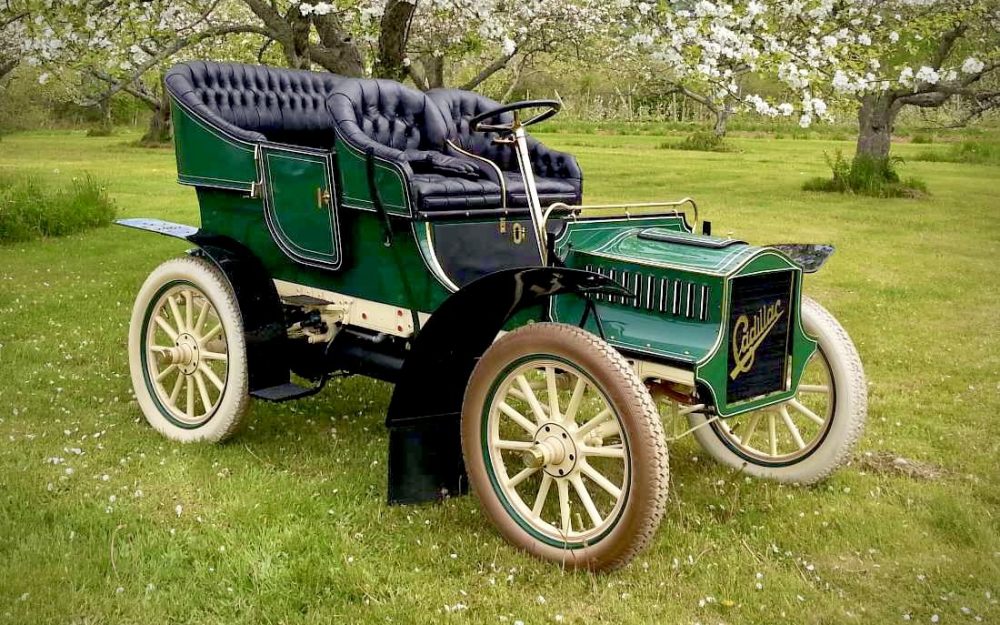 Jeff Lee’s restored 1905 Cadillac is the result of tenacity, hard work, amazing attention to detail, years of research and a labour of love that’s been keeping Jeff busy for 40 years.

Considering the vehicle is 116 years old, that’s not such a long time.

We think it’s probably the luckiest Cadillac on the planet after having lived part of its life as a tractor, a wood saw, then junked in pieces and scattered all over a farm.

The timeline of the pre-war vehicle is as interesting as the vehicle itself.

In 1905, Cadillac Automobile Company (before it was owned by General Motors) delivered the one-cylinder vehicle to Springfield, Massachusetts where it was driven by the owner until about 1910, when it was imported to Harmony, Queens County, Nova Scotia.

Captain William Brooks, partner in the local sawmill, registered the Cadillac, probably only the second vehicle in the village of Harmony and the 281st vehicle to be registered in Nova Scotia.

Twelve years later, in 1922, Judson Johnson bought the Cadillac and hauled it by horse to his farm in Westfield, NS.

To say the vehicle went into service on the farm is an understatement.

The engine powered the farm’s sawmill, the transmission was used to run a log carrier, the steering box operated a sluice. Both front wheels were re-purposed as well, one on a wheelbarrow and the other as a revolving telescope base.

Judson’s son, Iver, was a twelve-year-old boy when the Cadillac arrived at the farm. He helped scrap the car, in fact. At 70, his memories were key in rounding up all the pieces when Jeff, as a university student, heard about the rare car in 1980 from a friend and decided it was worth investigating further.

From 1980 until 1992, the car sat in storage in pieces while Jeff did research and collected information and parts.

It’s a good thing Jeff Lee is a mechanical engineer. And patient. Between restoring the parts, building the ones that were rotting or missing and re-assembling the century-old vehicle, we can’t imagine the meticulous attention involved in getting the 1905 Cadillac from its scattered remains to its present state.

Jeff rebuilt the body, tracing full-size patterns out of cardboard from two similar Cadillacs in the U.S.

The steering column, steering wheel spokes and brass trim on the front seats are original. One of the door latches was found on the farm and used as a model to make another two.

Jeff tells us he practiced covering the seats in vinyl a full seven times before putting the actual leather on. So intricate and painstaking but so worth the effort. The seats are beautiful. 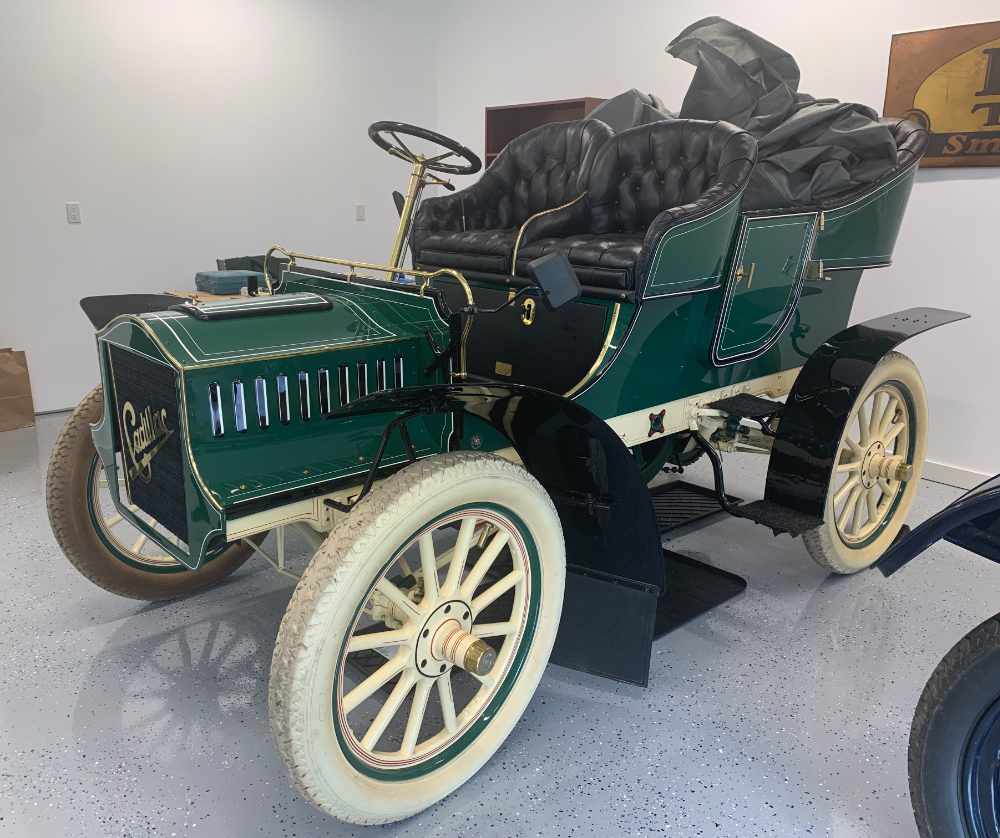 Speaking of intricate and painstaking, Jeff painted the detailed black and green highlights and red pinstripes on the Primrose yellow chassis himself.

The Leland and Falconer engine mounted under the floor features Variable Valve Timing, a Cadillac first for the auto industry. It has a 96 CI displacement and makes nine horsepower.

Starting the vehicle requires about ten steps but it starts pretty easily. The Cadillac will cruise at about 40 km/h and has a top speed of 50 km/h, which, according to Jeff, feels a lot faster, of course! We hope to have a ride in it sometime over the summer months.

Also of note is the placement of the steering wheel. The 1905 Cadillac is a right-hand vehicle. Nova Scotians drove on the left side of the road until 1923.

Jeff Lee’s 1905 Cadillac is a commendable work of art that makes the history of this era of vehicles tangible, keeping it very much alive for this and future generations.